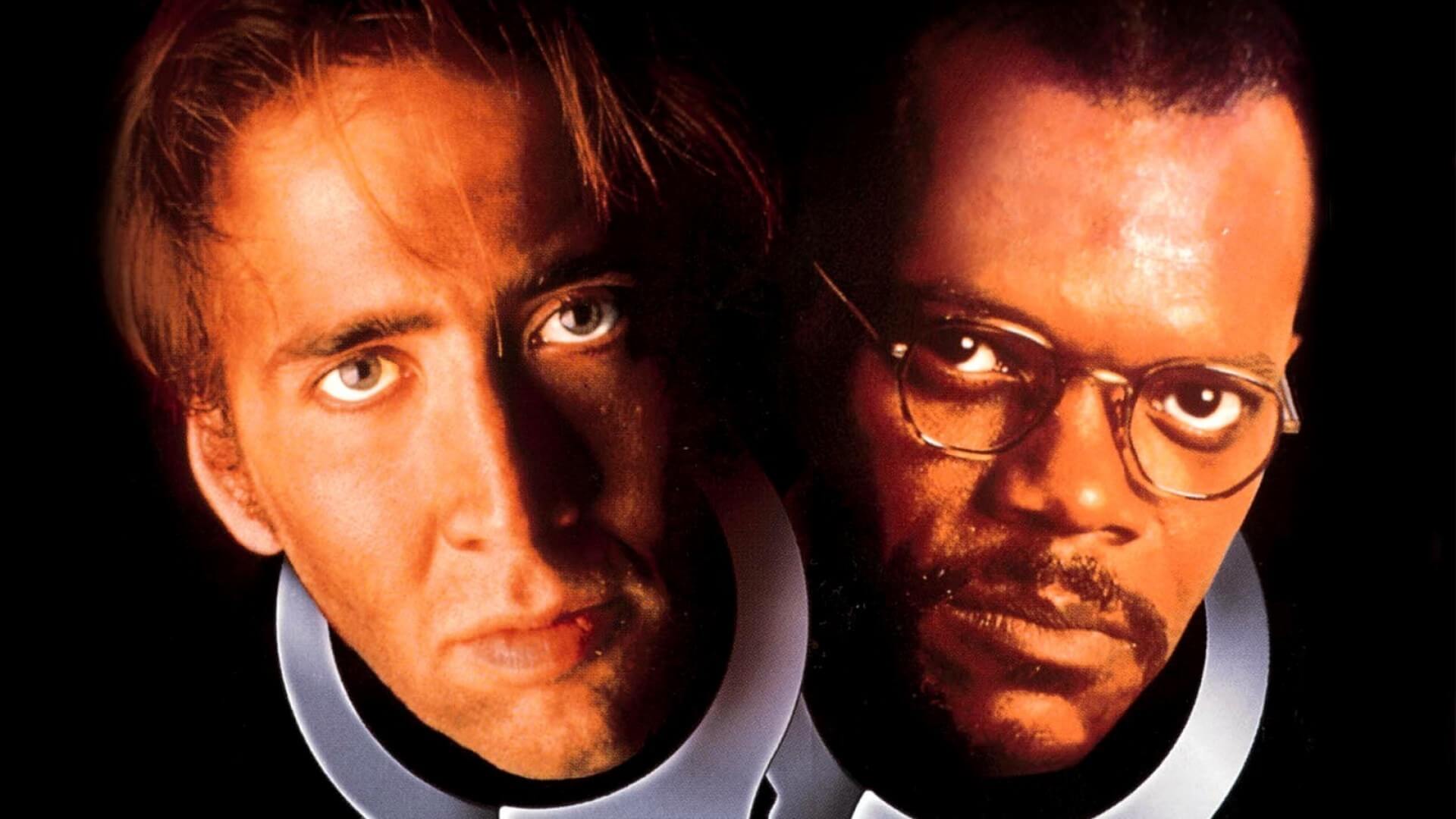 “I know for all your talk, you’re about the whitest damn black man I ever met.”

Welcome back to You Should be Watching, where I recommend movies and TV series that I find underrated. This week we’re going back to 1993 with Amos and Andrew. This dark comedy has a great cast and deals with interesting topics, but I never hear anyone talk about it. I only saw it because I was given a box of old DVDs, and was initially skeptical of this one based on the cover art, of all things. Suffice it to say I was quite surprised by the content.

Amos and Andrew stars Samuel L. Jackson as famous writer/professor Andrew Sterling, who is mistaken for a burglar when he moves into his new home. The police show up and shoot at him until they realize that he lives there and is unarmed. Unwilling to admit the mistake and accept responsibility, the chief of police (Dabney Coleman) persuades an imprisoned criminal named Amos (Nicolas Cage) to pose as a shooter, convincing Andrew that he is the culprit behind his night of misfortune. This prompts all kinds of insanity from members of Andrew’s church, the media and everyone on the island. This film is a series of misunderstandings and assumptions that’s simultaneously thought-provoking and tons of fun.

As I mentioned, when I received Amos and Andrew on DVD I almost didn’t want to watch it; after seeing it, I’m not sure why it isn’t fondly remembered, especially given the cast and the relevant subject matter. One thing I always find striking is that, despite being 25 years old, the way Amos and Andrew approaches race seems perfect for today. I don’t want to spoil anything, but I will say that if you’re terribly sensitive, you may not care for this one; they do say the “n” word, and there are frequent references to race, specifically race relations in America. While this is mainly played straight, they’re able to milk it for some great comedy, such as when Reverend Brunch (Giancarlo Esposito) and his congregation come marching to Andrew’s house singing hymns and demanding justice. One thing leads to another, Andrew’s property is destroyed, and Brunch blames this on Andrew moving to the land of white liberals. 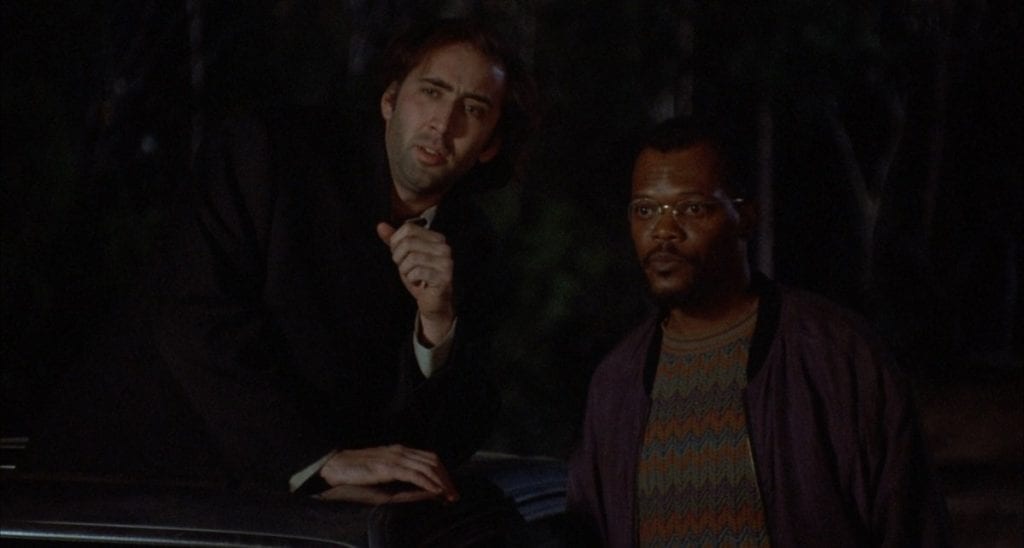 However, Amos and Andrew takes white liberals and racial bias to task too. I love that this film criticizes all sides and doesn’t give an easy “answer” to racism. In fact, Amos points out that Andrew tends to “act white” and that he makes everything about his race. What happens to Andrew is cruel and unfair, but that doesn’t make his entire outlook right either. The sheer incompetence of the police force and the issues they cause bring a lot of opportunities for comedy, too. Amos and Andrew manages to handle a potentially delicate topic smartly while maintaining the right amount of humor and brevity. Clocking in at 96 minutes, I’m surprised the film feels as complete as it does. There’s a lot going on here for a comedy, and usually films in the 90-minute range leave me feeling like more could have been done.

The acting in Amos and Andrew isn’t mind-blowing, but it’s more than serviceable. Cage and Jackson in particular really deliver the goods in scenes where they discuss each man’s childhood and hang-ups. Coleman is funny as the police chief, and Michael Lerner and Margaret Colin play the couple who first mistake Andrew for a burglar. Again, not to reveal too much, but these two have some secrets in addition to their subtle racism. The dialogue is quite good; all at once it builds character, calls attention to and mocks various societal issues, and pulls together a wacky narrative. The eponymous duo have several great exchanges throughout the film, and their transition from adversaries to respected friends is well done and satisfying. The song “Suburbian Nightmare” by Sir Mix-A-Lot is hilarious and definitely worth watching the credits for.

While I wouldn’t call Amos and Andrew a perfect movie, I would expect that people on both sides can find something to chew on, and some of the laughs are too funny to miss. The cast is good, it’s timely, and there’s a good song by a popular (at the time) artist. The film was penned and directed by E. Max Frye, and while he’s admittedly not a huge name, he would later find greater success writing 2015’s Foxcatcher and the recent TNT miniseries The Alienist. 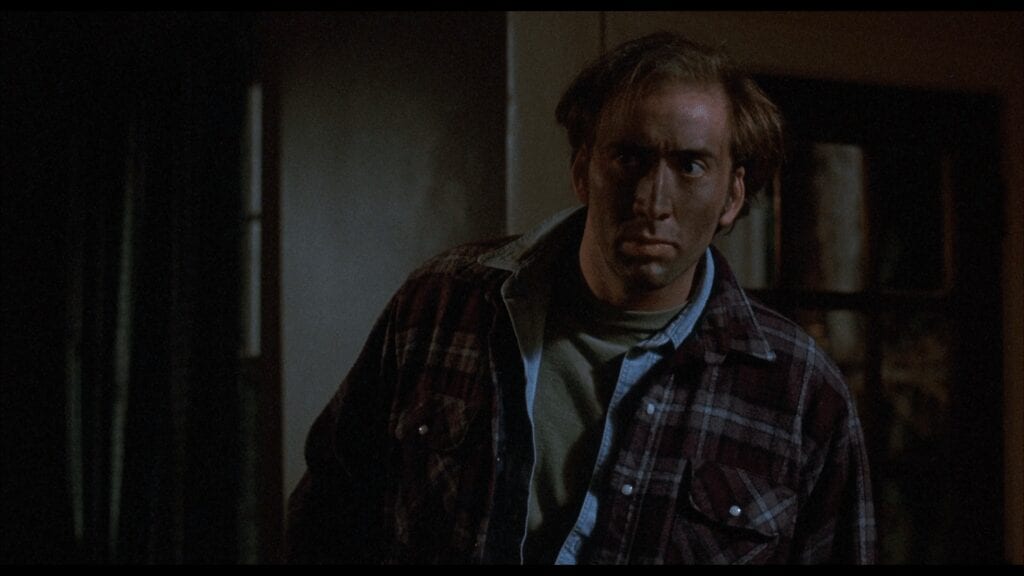 If I had to guess, maybe Amos and Andrew was hindered by movies like El Mariachi and Falling Down, which had already been out and were doing well, as the batch of films it opened with on March 5th were all box office failures. Maybe people didn’t want a political dramedy odd couple movie; that’s an admittedly strange category, and this is a strange movie. I can also see conservatives and liberals alike taking issue with it; to that end, I imagine that if this film were made today, it would be quite different, and possibly much lesser for it. It’s rare that a movie handles the topic of racism without coming off as corny and preachy. Remember the Titans, Avatar, Pocahontas and more than I can name play like the big budget equivalent of “special episodes.” But Amos and Andrew gives its ideas and characters room to breathe, providing both comedy and drama in perfect amounts and at just the right time.

Amos and Andrew is probably not a movie that’s going to change your life, but I have to say that I’m surprised it bombed at the box office and has no following online that I’ve seen. It’s a rare treat of a film that knows just how seriously to treat its subject matter. The comedy is good, the more intimate moments are good, the acting is good; in fact, there’s not much here that I would call bad. I wish we could have had a little more with the reverend and his congregation, and maybe less with the cops; that’s my main gripe, and it’s really more of a nitpick. Good performances, knee-slap-worthy comedy and its approach to its subject matter are why you should be watching Amos and Andrew.