Hawkeye, Marvel’s latest Diseny+ series aimed at replacing one of their beloved heroes with a new… sorry, I mean expanding their already expansive cinematic universe in new and exciting ways, has dropped. (In doing so, it’s made me break my tradition of avoiding Christmas-related activities till noon on Thanksgiving, but duty calls.) In keeping with the new streaming model, it’s airing an episode a week – save this week, where episodes 1 and 2 have been released, likely so the whole shebang will air before Christmas. The premiere, “Never Meet Your Heroes,” gives what I imagine is a good idea of what we can expect from the series. Whether that’s good or bad is likely predicated on your feelings for legacy heroes.

Kate Bishop (Hailee Steinfeld), a young archer and martial arts expert inspired by Hawkeye’s heroics during the Battle of New York, accompanies her socialite mother to a high-society party on the Upper East Side of Manhattan, where she stumbles onto criminal activities. Meanwhile, Clint Barton (Jeremy Renner) is in town with his kids, trying to make up for lost Avengers time by showing them Christmas in New York. If you’re wondering whether the two will meet, welcome to storytelling.

“Never Meet Your Heroes” begins with an almost-ten-minute flashback to the Battle of New York at the end of The Avengers – it’s obvious before the reveal because the Bishops live in a swanky apartment near Grand Central Station (and, as luck and symbolism would have it, directly across the street from Stark Tower!). Kate’s parents are fighting over money, with mother Eleanor urging her husband to sell the home he grew up in to offset some financial troubles, which neither he nor Kate want to do. When the Chitauri begin their attack, the Bishop home is demolished, and Kate is about to be splattered by a speeding alien space cycle – until a wayward explosive arrow saves her. Three things are established here: Kate likes to eavesdrop, Kate’s father is dead, and Kate idolizes Hawkeye.

Then comes the opening credits sequence, which is quite inventive and shows animated images of Kate as she grows up, learning archery and fighting skills to be like her hero. And when they end, adult Kate is like a young Clint: great with a bow and arrow, but brash and mischievous, causing a lot of trouble and giving her mother both grief and an expensive bill for a damaged bell tower. Her confrontation with her mother is an effective scene, demonstrating the gulf that’s formed between them; Kate is dressed in ripped jeans and a hoodie, while Eleanor is wearing an elegant red dress and preparing for a formal social function. Kate makes trouble, and Eleanor cleans it up, just as Eleanor dresses to kill, and Kate dresses like she’s been killed. At the party, Kate neglects to put on the dress her mother laid out for her, instead wearing a dark tux that makes people think she’s a waitress.

What was touched on in the flashback is at the center of the present scenes in “Never Meet Your Heroes”: Kate cares about what makes her happy – her home, the clothes she likes, fun, individuality – while Eleanor cares about status, appearances, and money. But these points aren’t belabored; they’re demonstrated in the characters’ actions. They also aren’t cartoonish or absolute. Eleanor cares about Kate, and Kate understands that her recklessness causes her mother real trouble. They aren’t caricatures, just people who have certain traits. This is good writing, and consistent with the better examples of MCU storytelling and character building. I’m glad that Hawkeye is trying to get you to like its new character instead of insisting you like her. 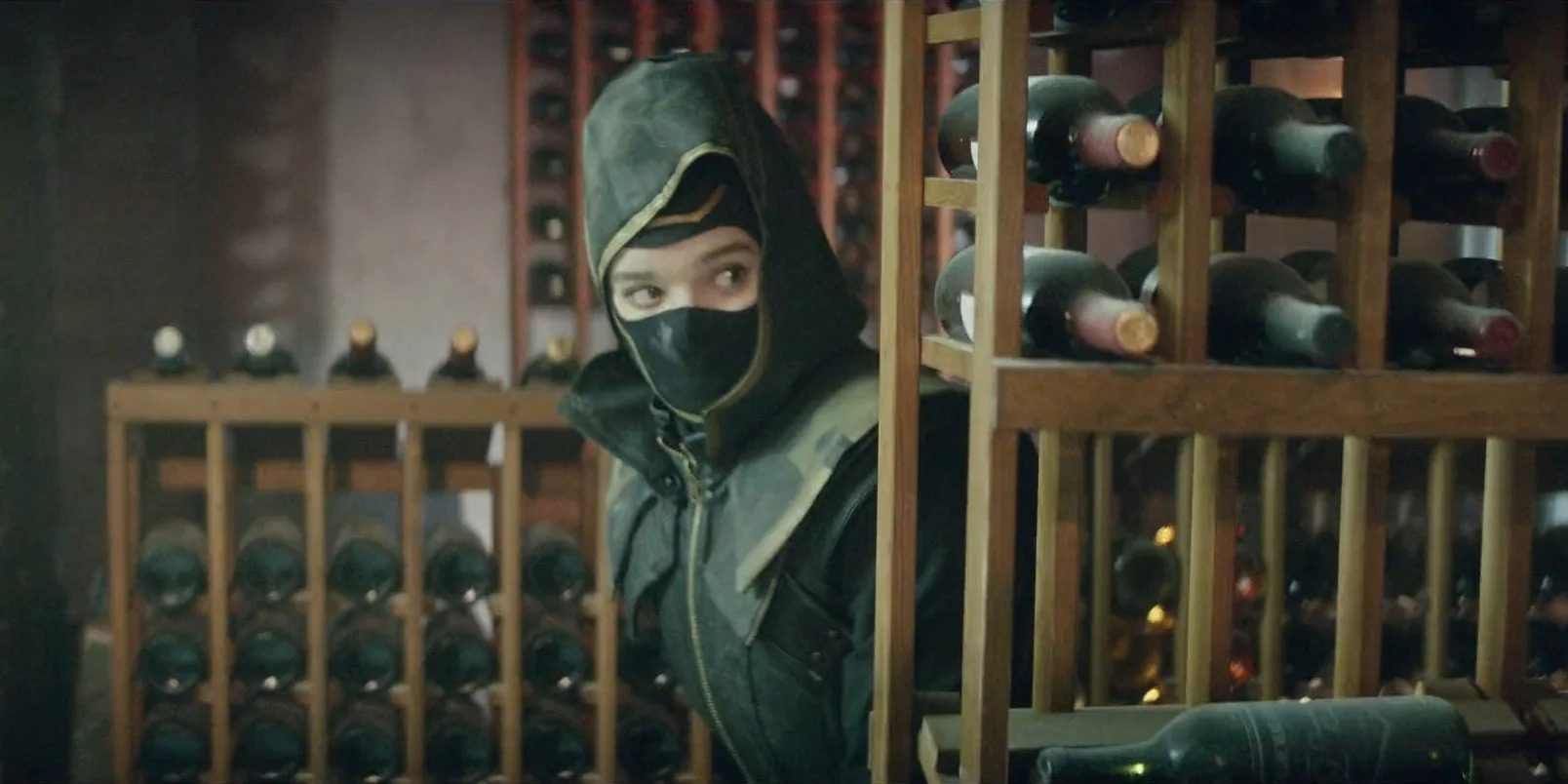 At least, the writers are trying to get you to like her. Surprisingly, the performances from Hailee Steinfeld and Vera Farmiga are flat. Steinfeld shows almost no emotion or expression as Kate, and her stilted portrayal undermines some potentially good scenes. For example, Kate is sneaking around in the basement of the building where the party is taking place (which, I believe, is either the Americas Society or the Council on Foreign Relations, based on its location). She’s caught posing as a waitress by the head of the catering staff, so she turns the tables on him by pretending to be incensed that he doesn’t remember her. It’s a funny setup, but Steinfeld’s delivery is off; she underplays it so much that it feels like she’s reading the lines instead of performing a scene. An earlier scene where she destroys the bell tower doesn’t resonate either because Steinfeld is just kind of… there. She doesn’t convey any sort of emotion, and the neat visuals in the background don’t connect because of it. And Farmiga looks bored throughout, delivering her lines like she’s just trying to get through the day. I’m shocked because I think they’re both generally excellent actresses. If you haven’t seen the Coen Brothers’ True Grit, you should check that out and see what Steinfeld was capable of at thirteen years old. And Farmiga’s had plenty of great roles in movies and television, and she’s been terrific in all of them. Is superhero fatigue hitting actors as well?

You may also notice that I’ve yet to mention Hawkeye outside of the plot summary. That’s because he’s barely in “Never Meet Your Heroes,” and when he is, he’s mostly sitting down and talking, or sitting down and watching a play, or walking towards a seat, or… peeing. For what little he’s got to do, Jeremy Renner is good, fitting back into the character like a well-worn glove. But his truncated role in a series named after him is indicative of what Marvel is doing with these shows: replacing the heroes we love with newer, more modern-day-acceptable versions. You can see it in the Broadway musical about Captain America called Rogers; even though it’s about his time as an Avenger, Steve Rogers cannot be referred to as Captain America anymore because we must now only acknowledge Sam Wilson in that role. Even Clint’s one fight scene is masked by a snowy car windshield, out of which Kate is watching the action; she is the focus, not him. (This is especially glaring because an earlier fight is excellent, with some neat camera movements; how does a college girl fighting some low-rent thugs in a winery look better than all the fights in Shang-Chi?) Some will say that Clint will have a bigger part going forward, and now that he and Kate have met, I’m sure that’s true. But establishing her as the center of the pilot, the driving force of the emerging plot, is making the point that this is her show, and since it’s called Hawkeye, the message is that, even though it’s not yet official, she’s Hawkeye now. 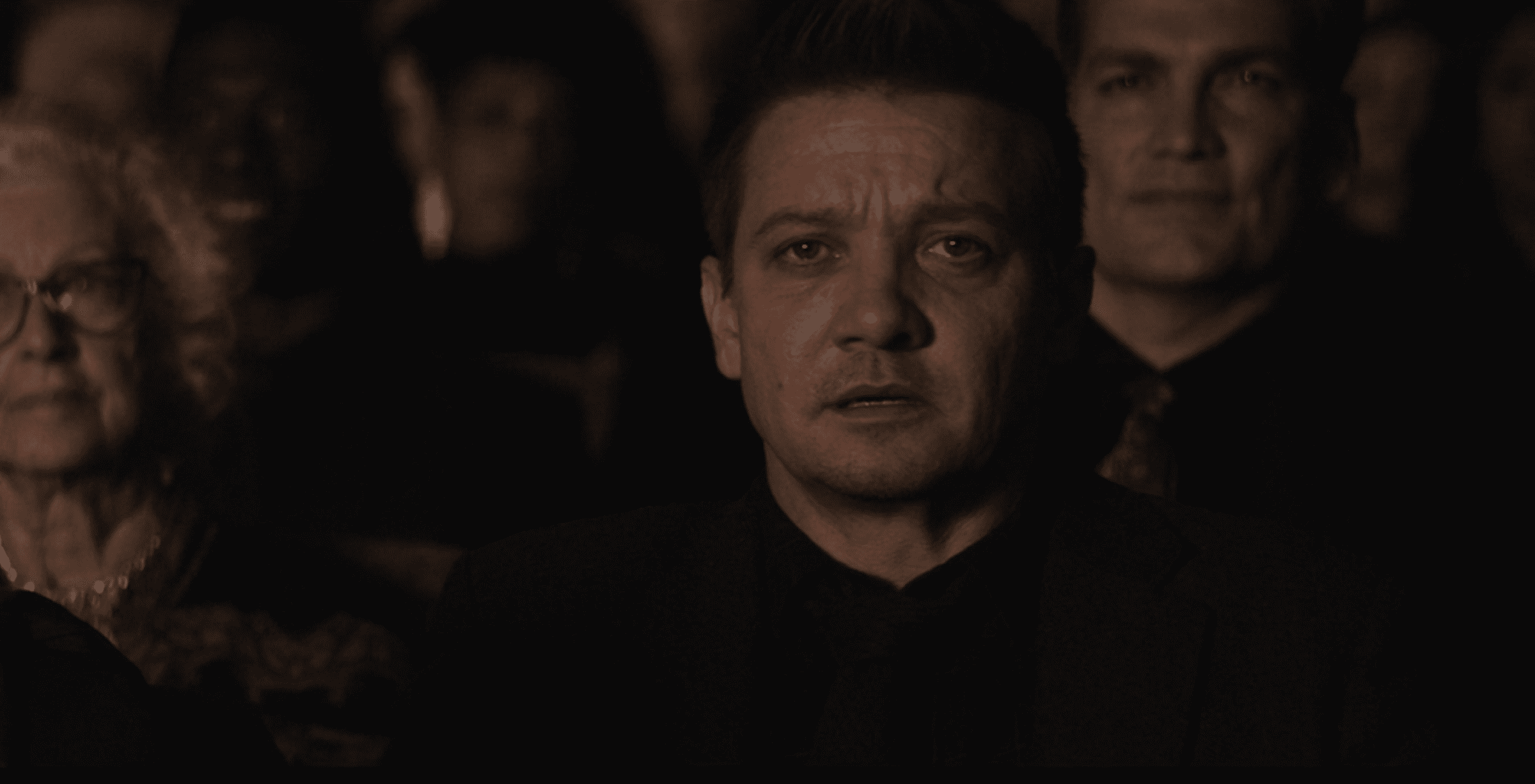 This is what makes something like “Never Meet Your Heroes” and, I suspect, Hawkeye as a whole, difficult to review. On a technical level, it’s got a lot going for it. It’s well-plotted, some of the action is good, and the locations are fantastic. (And, sue me, but I adore hearing all that Christmas music.) But on a personal level, I hate what it’s saying about Clint Barton, and the Marvel Universe in general, by shuffling him away in favor of a “better” version of him. We’re in the era of legacy heroes now, and I already want the check.

"Never Met Your Heroes" is strong in the writing department and has a good action sequence, but some of the performances are surprisingly subpar, and Clint Barton is forced into the background so Kate Bishop can take the limelight.