In film discourse, you hear a lot about creativity and the overuse of certain tropes and plot points. However, it’s always interested me that a lot of the most famous and beloved movies contain these tropes and archetypes, and are even celebrated for them. As for me, some of my favorite movies make use of lots of genre tropes, and I certainly think it can be done well. One of those movies is 2010’s How to Train Your Dragon, and with the third (and final?) installment in the series coming out this weekend, I thought I’d take a look back at the first two movies. Directed by Chris Sanders and Dean DeBlois of Lilo and Stitch fame, How to Train Your Dragon came out at a time when I didn’t like DreamWorks Animation as a studio at all, and I was convinced the film was going to be a silly comedy.

Based loosely on the first of Cressida Cowell’s How to Train Your Dragon books, the film is the story of a boy named Hiccup, a Viking who lives on the fictional island of Berk. The village’s Chief Stoick also happens to be Hiccup’s father, and he has some pretty specific ideas about what makes a Viking. Hiccup is weak, scrawny, and more interested in inventing contraptions than hunting, and as such, has never met his father’s expectations. One night during a dragon attack, Hiccup manages to hit a Nightfury, the rarest and most feared of dragons. When he finds his catch, his fundamentals about dragons are challenged, and he names the dragon Toothless. The two become thick as thieves, and Hiccup helps Toothless learn various flying maneuvers and techniques in addition to building him a prosthetic fin. This partnership also allows Hiccup to learn about dragons and helps him gain clout in the village, but things become complicated when Stoick learns that Hiccup wants to train and befriend dragons rather than kill them. Making matters worse, Hiccup and Toothless discover a deadly threat to both dragons and humans alike. Hiccup needs the help of both his people and the dragons to save the day, and it becomes a question of whether he can make his friends see the truth.

How to Train Your Dragon’s plot reads like a TV Tropes word salad; you’ve got it all, from a boy and his dog to the liar revealed, and just about everything in-between. However, being surprised by a film is never one of my priorities. When I see a movie, the main thing I’m interested in is connecting with the characters in some way. I remember going into How to Train Your Dragon with my family and being sure that it would be the tasteless, cynical garbage I associated with DreamWorks in general. However, that couldn’t have been farther from the truth, and that’s because the film focuses so much on developing the relationship between Hiccup and Toothless. Some of the best scenes in the movie are when the two are soaring through the skies, or simply hanging out together in the woods. The comedy in How to Train Your Dragon is actually pretty good because it doesn’t detract from the story and characters, and it adheres to the film’s setting, i.e. no pop culture references; there’s a joke about a breastplate as opposed to a bra, etc. Hiccup’s relationship with his father Stoick is also far from groundbreaking, but it’s just handled so well, and the actors bring a sincerity to their dialogue that goes a long way.

How to Train Your Dragon’s cast is full of talented but unconventional choices. I’d never heard of Jay Baruchel before I saw this movie, but his voice is perfect for Hiccup’s character design and personality. I don’t care for Astrid as a character, but America Ferrera does a fine job in the part nonetheless. Gerard Butler doesn’t have as much screen-time as Stoick, but as I said, he does bring believability to the role, and his scenes with Hiccup and later with Toothless are extremely effective. Craig Ferguson is absolutely hilarious as Gobber and gets some memorable lines. The other kids that go to dragon training with Astrid and Hiccup include Snotlout (Jonah Hill), Fishlegs (Christopher Mintz-Plasse), and twins Ruffnut (Kristen Wiig) and Tuffnut (T.J. Miller). For the most part, I find these guys annoying, but Miller gets a couple of funny lines, and Mintz-Plasse plays Fishlegs as a huge nerd, which can be endearing at times.

The film’s original score by John Powell is absolutely gorgeous, and there’s not a single bad track. My personal favorites are “This is Berk,” “Downed Dragon,” and “Romantic Flight.” Powell’s score evokes a sense of childlike wonder at this world and the creatures inhabiting it, but at the time, some of the music is very complex, and the timbre and tone vary greatly. This is my favorite soundtrack for a non-musical DreamWorks movie, and it can even give the musicals a run for their money. The animation in How to Train Your Dragon is simply stunning and still holds up really well almost a decade later. Shots of Toothless in the air look amazing and the scene in which “Romantic Flight” plays is equally as beautiful visually as it is auditorily. This film does a great job of showing you how the characters are feeling and why things are the way that they are, but the dialogue is pretty good too. I doubt this is a movie you’ll be quoting right off your first viewing, but there are a few laughs here and there, and several poignant remarks and observations.

That being said, as much as I love How to Train Your Dragon, it’s not perfect. Again, I really do not enjoy Astrid as a character, and her relationship with Hiccup goes a little too fast for me. He takes her flying on Toothless one time and that’s enough to earn her trust, convince her dragons are actually OK, and get a kiss from her? Given her behavior in the film and any knowledge of human beings and how they act, I find this difficult to accept. Her personality, to begin with, is a little too competitive and unlikable, and outside of her gruffness and determination, she doesn’t have much of a personality. I like her voice actress, her design, and even her name, but I always thought she was a bit of a harpy as a character. I get that in movies like this the main character has to have a girlfriend (though I don’t see why), and they tend to start out on bad terms (though, again, it shouldn’t have to be this way), but I think they could have made her more likable. As is, she’s Hiccup’s arm candy that nobody should be jealous of.

I love How to Train Your Dragon. It’s not only one of my favorite DreamWorks movies, but one of my favorite movies overall, and one I’m always eager to revisit. With this film, the filmmakers were focused on telling a sincere story with relatable characters rather than riffing on another studio’s success or shoving in endless pop culture references, and that’s something I have to appreciate. How to Train Your Dragon seems pretty formulaic on paper, but it stands out even among movies of this type because of how the visuals, the atmosphere, and the characters make you feel. This is a movie that was made with passion, and that passion bleeds through to the audience too. I don’t like Astrid, and I think her relationship with Hiccup is the only one the movie rushes, but there’s more than enough here to love. From the first few notes of “This is Berk” to the shot of Hiccup’s prosthetic leg next to Toothless’ prosthetic fin, this movie fills me with wonder, joy, and a hint of sadness. How to Train Your Dragon achieves a monumental task in making you feel like a child again while dealing with adult problems and situations.

How to Train Your Dragon

How to Train Your Dragon seems pretty formulaic on paper, but it stands out even among movies of this type because of how the visuals, the atmosphere, and the characters make you feel. This is a movie that was made with passion, and that passion bleeds through to the audience too. 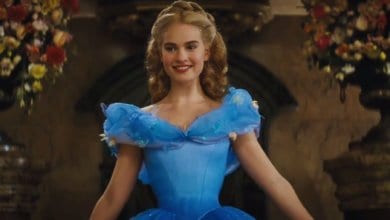 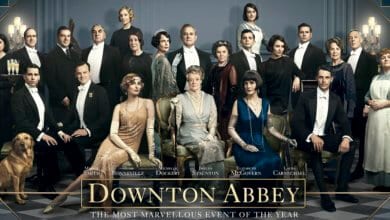 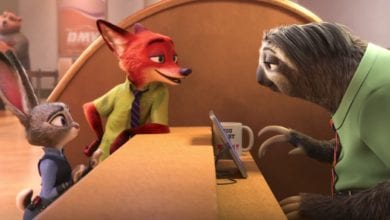 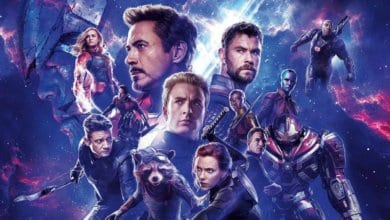