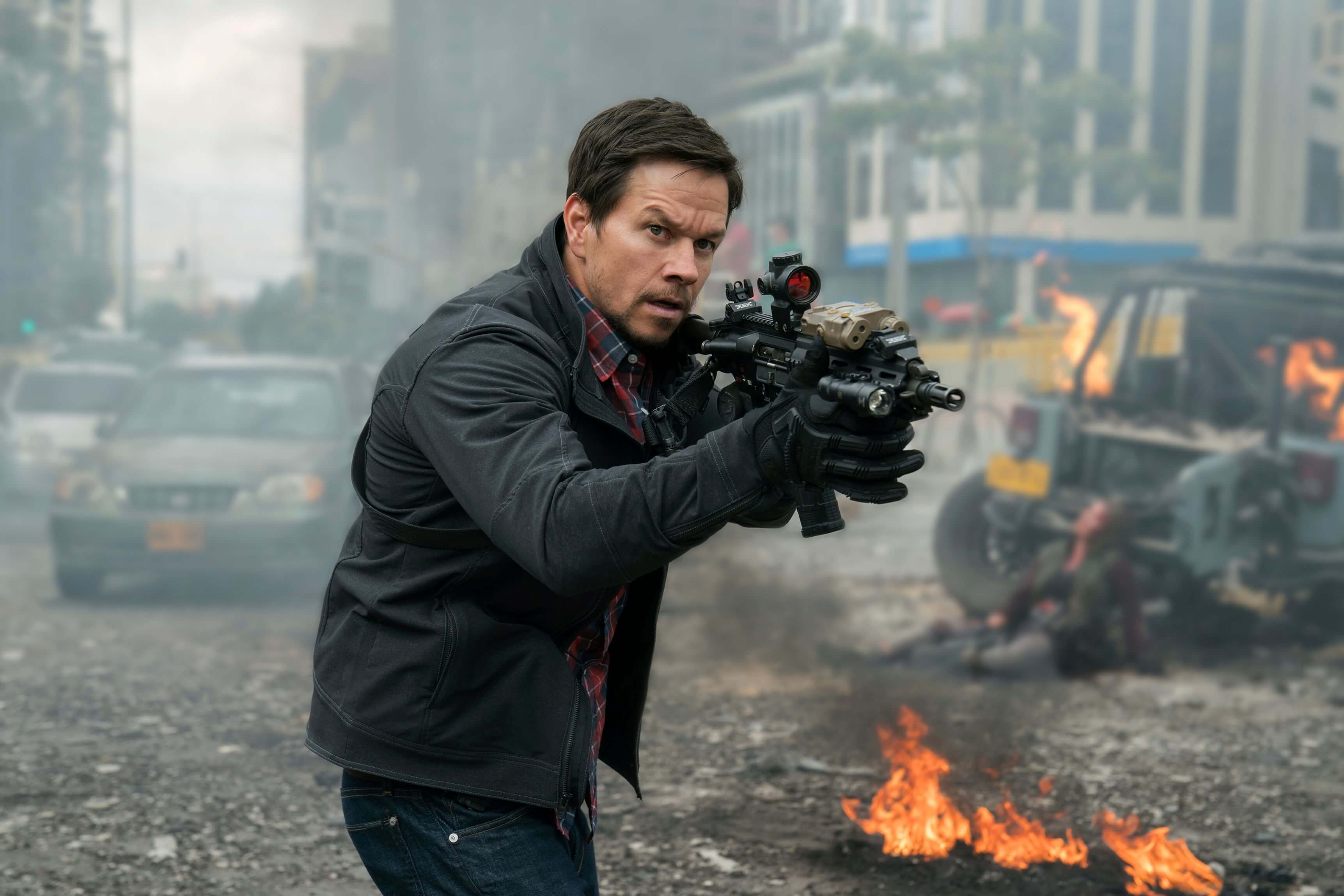 Do you like action films? Do you like interesting characters with conflict, relatable personal issues, and character arcs? If you answered yes to any or all of these questions, do not see Mile 22. What you will get in place of all of those is inane dialogue, obnoxious characters, and some of the worst action you have probably seen in a long time.

Mile 22 follows Jimmy Silva, member of the black ops team Overwatch. When an intelligence source walks in, claiming to possess knowledge of some missing explosives, Silva and his team must rush the source to a plane twenty-two miles away while being chased by enemy forces.

The characters and acting in Mile 22 are mostly horrendous. Mark Wahlberg’s James Silva is one of the most obnoxious, unlikeable, and grating protagonists in recent action film history, and his performance is laughably bad. They make a point to explain that he has some kind of savant-like mental capacity, which is fine, but this is never really explored and just winds up being irrelevant. Lauren Cohan’s Alice Kerr might be the only character that is tolerable. She has an understandable issue, with a divorce looming over her head and a jerk for a husband, but this simply isn’t explored to the degree it should have been to be emotionally resonant, and beyond that, she’s just a hard-edged soldier. That’s really all there is to her. Iko Uwais does a fine job, but I honestly couldn’t care less about his Li Noor. They give him dimension in literally one line about his family, but he’s really just there to fight and refuse to hand the information over – the latter of which the director and editor pretty much refuse to let us enjoy. Ronda Rousey is also here, and surprisingly delivers what is quite possibly her best performance (which I know isn’t saying much, but I guess it’s a positive for the film). There is literally no character for her; she’s just a tough chick who doesn’t take crap from anyone. 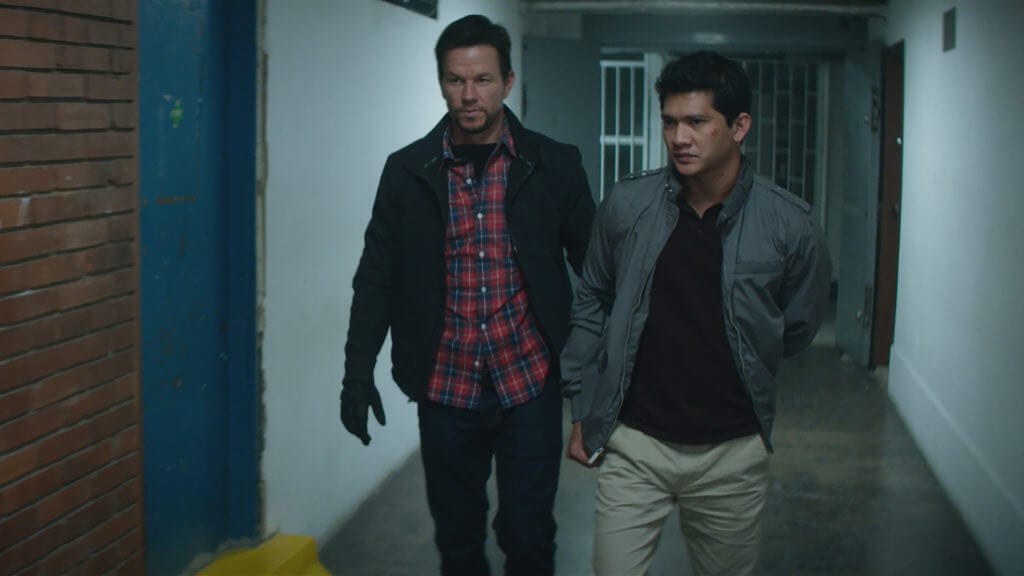 The story is fine in concept. I’m okay with these kinds of escort action film storylines because they can make for some very entertaining, urban-set action scenes. The problem revolves around how it’s told. In between the meat of the story, we get inter-spliced scenes of Silva talking to some off-screen debriefer. It’s jarring because it almost feels random, and none of what Silva is saying is interesting or really all that important. It feels like they were trying to pad out the runtime in certain situations, and it drags the pacing down considerably. Where the story really infuriated me was within the last three minutes. The final twist and sequel bait would have made me walk out of the film if it weren’t already ending. It’s so poorly executed, and they don’t have to explain anything because… sequel? The dialogue is absolutely painful as well. Pretty much every single line spoken by Silva is annoying and off-putting, and the banter between the team members just doesn’t function, as the cast members seemingly have little to no chemistry with which to deliver the dialogue. There’s one scene featuring Lauren Cohan discussing what types of language is unacceptable on an app she uses that kind of made me chuckle, but most of the writing feels profane just to be profane. It’s not edgy or cool; it’s just juvenile.

The direction and editing of Mile 22 is all over the place. There are times when it looks fine, but there’s a lot of cutting being done, and not in intelligent ways. A simple conversation is over-edited, for heaven’s sake. That’s before even looking at the action scenes, which are both poorly shot (employing motion-sickness-inducing shaky-cam) and edited with a rusty machete. It’s 2018; we’ve gotten action films in recent time such as Mission: Impossible – Fallout, John Wick 1-2, and Atomic Blonde. All of those films utilize gorgeous wides, smooth long-take scenes, and strongly set up the geography of the environment. Mile 22 looks and feels plain ugly because in comparison.

While we’re at it, let’s talk about the action scenes. They’re pretty much universally awful. They’re edited rapidly, they’re shot poorly, and the shootouts especially are just tiresome. The best action scene in the film is sub-par, and that is the med-bay fight that is shown in the trailers, featuring Iko Uwais. Even that is WAY too edited, and the worst part is that I can tell Uwais is delivering his usual terrific choreography; Peter Berg just had absolutely no idea how to handle that level of talent. 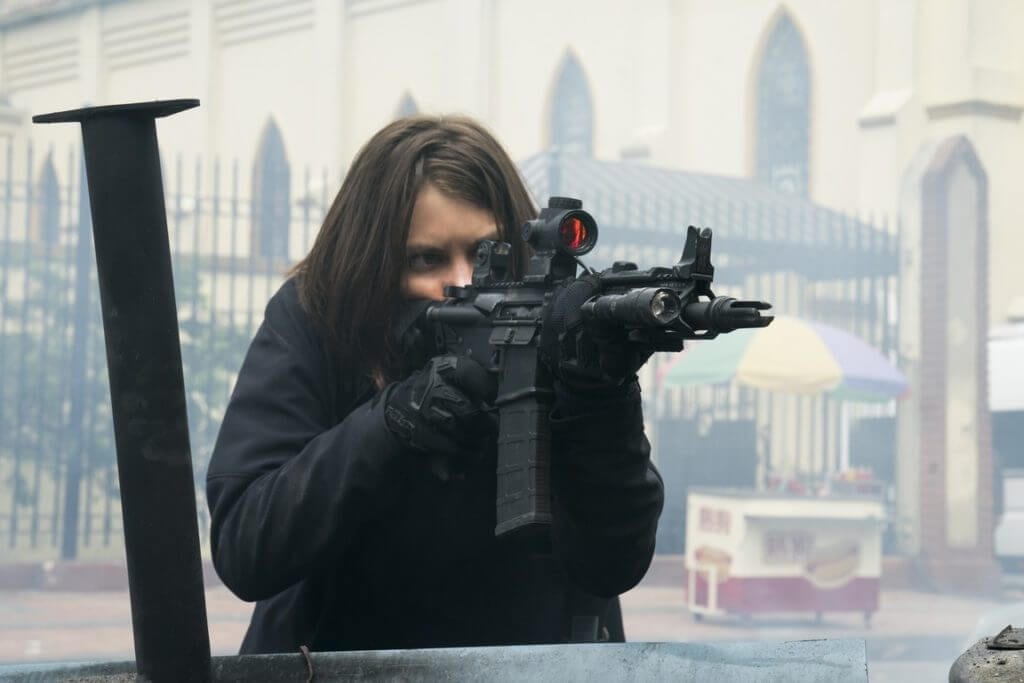 One of the shining lights of Mile 22 is the sound design and sound editing. The gunshots crack loudly and evoke danger, similarly to Berg’s Lone Survivor. The fight scenes, while hard to visually discern, have some bone-crunching sound effects for each punch, kick, and leg break. They’re easily the best part of the film and legitimately impressed me. However, the music is entirely forgettable. It never adds any sense of urgency or punch to the action scenes, and any emotional scenes go unaided.

What happened here? Berg was on a roll, with three Oscar-caliber films in a row and a strong pairing with Wahlberg. Prior to this film’s release, they had already announced a writer for a sequel. They seemed pretty confident in Mile 22, and it’s BEYOND a dud. This is coming from someone who was VERY excited for this film based on the talent involved. Obviously, I’m a fan of Peter Berg and Mark Wahlberg, I love Iko Uwais as a performer, and I love action films when they’re done well. This could have been a fun little thriller on their hands, but it’s draining to sit through.

Overall, Mile 22 is an exhausting, dull, and incoherent mess of an action film. It commits just about every action filmmaking sin imaginable and ends with one of the worst twists and sequel bait endings in a LONG time. Do yourself a favor and skip this.

What did you think of Mile 22? Let me know in the comments below! Stay nerdy everyone!

Mile 22 is an exhausting, dull, and incoherent mess of an action film.