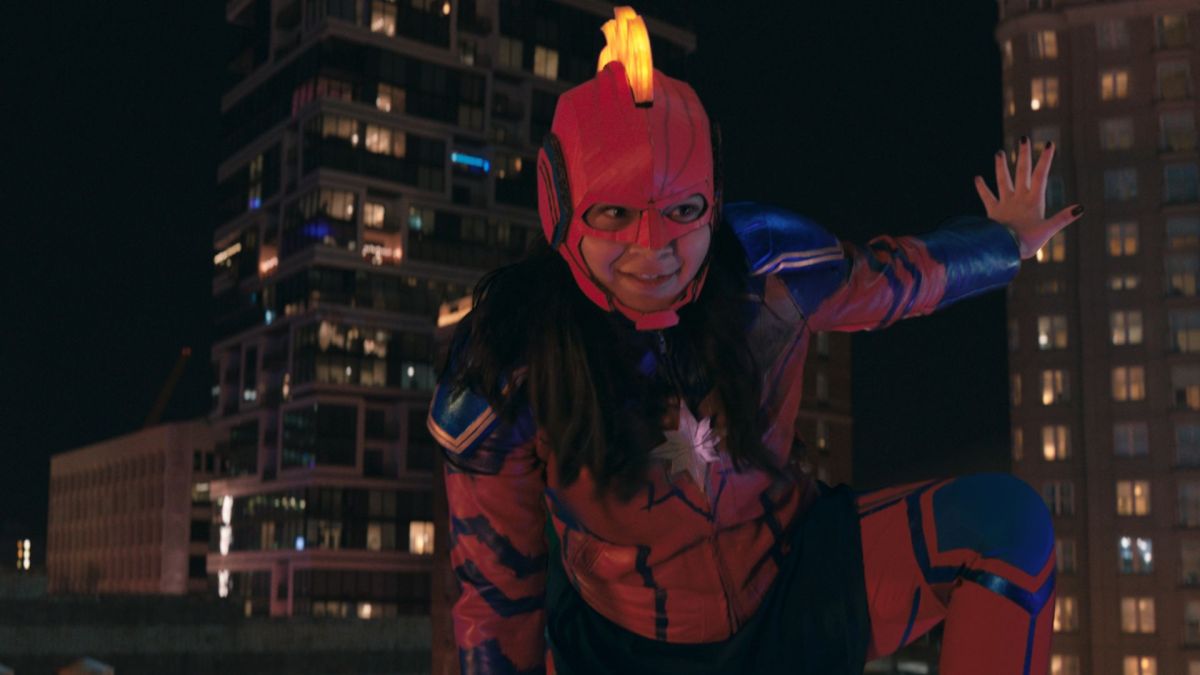 A slow burn isn’t always a good thing, as Ms. Marvel has demonstrated in its first two episodes. The premiere, “Generation Why,” functioned mostly as an introduction to the characters but had almost no plot. Episode 2, “Crushed,” follows suit, with more character-building – the effectiveness of which fluctuates – while very little happens to advance the story. There are some good moments, and an arc is gradually forming, but the tone of this show doesn’t complement how slowly it’s moving.

Bruno (Hey, I learned his name! Also, he really doesn’t look like a Bruno) helps Kamala learn how to use her new powers. Kamala researches her family history. A chance meeting at a party opens up a new romantic possibility for Kamala. Nakia becomes an actual character.

The opening scene of “Crushed” is the perfect encapsulation of this series so far: I understand what they’re going for, but it’s too goofy, awkward, and rote, and it doesn’t work. Fresh off the high of learning she has superpowers – or gets them from the bangle, or whatever’s going on – Kamala struts into her school like Tony Manero sans paint can, talking to people with a self-assurance she never had before her escapade at Avengers Con. I get it; she’s now learning that confidence was all she needed to navigate the fearsome high school landscape. But the way it plays out gives “cringe” a bad name. Kamala’s swagger is made up of finger-pointing and weirdly over-familiar dialogue with people whom she’s seemingly never spoken to before, which makes it silly and drains it of the effect it was supposed to have. (Kenny Powers did it better.) That’s how the rest of the show plays out: they could do something with this premise, but they’re too broad and silly to accomplish much.

The best parts of “Crushed” are the ones that show Kamala trying to be a superhero. Early on, there’s a montage of her practicing creating those platforms she used while Bruno assists however he can. It’s fun and energetic, similar to Peter Parker figuring out how to do whatever a spider can in Spider-Man. And it’s rough for her; Kamala is not instantly good at being super, and she falls on her face a lot while slowly getting better. Bruno even points out in one scene how she saved him from an accident she caused; it’s not deeply serious, but it doesn’t have to be (nobody gets hurt), and the acknowledgment that she’s a bit too reckless right now is enough. It also comes into play towards the end of the episode, when a little boy is about to fall to his death, and Kamala tries to save him. It’s a great moment, the kind we all love in superhero stories, but it ends with Kamala allowing the kid to fall through one of her energy platforms because she’s busy striking a superhero pose for the applauding crowd. Kamala is far from perfect, which already makes her a better character than her idol.

Once again, however, no one else is particularly engaging. Bruno is still a stock, nothing character, there to be bland so Kamala can look cooler. (I think we’re also supposed to be rooting for him and Kamala to fall in love, but it’s impossible to care.) Her family remains a group of silly caricatures who try so hard to be personable that they come off as the embarrassing dad at a party; if it were just one – like her dad, maybe – it might work better, but it’s all of them. Well, all except her mother, who rises above that obnoxious Bon Jovi scene (and this is coming from someone who likes Bon Jovi a lot) to at least have a little depth. Her friend – actually, we learn, her cousin – Nakia, who was in the premiere for all of ten seconds, has a bigger part this time, and she has more to work with than the rest of the supporting cast, but it quickly devolves into silly comedy and Kamala fawning over what an amazing role model she is. 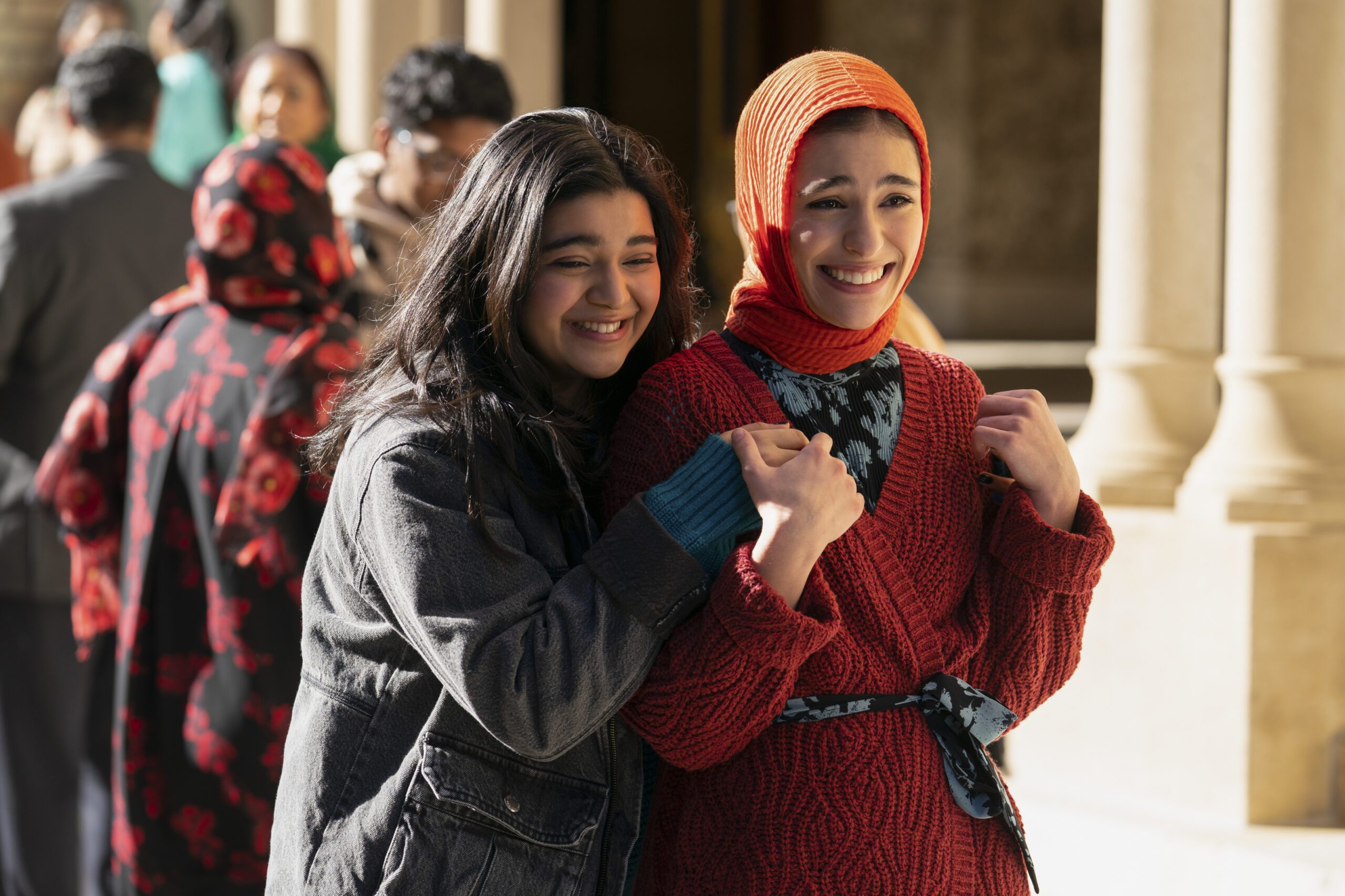 The best thing about Kamala’s family is the way they figure into the heavy presence of Islam in Ms. Marvel. This works in fits and starts. Aisha, Kamala’s great-grandmother, is connected to her powers, but she’s an outcast from their culture, having done something dishonorable that no one will directly speak of – sometimes because people just don’t know what it was. It makes Kamala’s religion important, and it humanizes her mother, who is resentful of Aisha. Kamala is also having visions of a woman who is, presumably, Aisha. Additionally, Nakia comments on the treatment of women in the Muslim faith – which I really didn’t expect them to do – and decides to run for a position traditionally held by men. The point of all this is to illustrate the widening gulf between Kamala’s desired life – being a superhero – and her culture, and it works in broad strokes. But there’s way too much of it, and since there’s almost no plot for Kamala, it feels extraneous (which is a weird thing to say about the only thing passing for a story, but this is a weird show). The rest of it is worse because it doesn’t work on any level. The constant jokes about Middle Eastern culture and Islam aren’t endearing or immersive; they’re just annoying and time that could be better spent moving the story along.

The subplot about Kamran accomplishes that better than anything else. Kamran is a handsome guy Kamala meets at a party, and despite her bumbling lack of charm, they hit it off immediately. Soon he’s taking her out, letting her drive his car, and helping her lie to her brother (who is a complete idiot, I guess) about what she’s doing in a diner with a boy. But in the final moments, when the Damage Control agents are trying to arrest her for having superpowers without a license or whatever, Kamran magically pulls up in his car and rescues her. (And unless they establish that there was some magic being used, why are the Damage Control agents so confused about how she escaped? A car pulled up literally five feet behind you, then left.) In the back seat is Kamran’s mother – the woman in Kamala’s visions who is probably Aisha. Their chance meeting was no accident, and we finally get the sense that something bigger is going on in the background of the show. I hope the next episode leaves the silly non-character-building stuff behind and jumps into the plot because it’s way past time to get this show moving.

“Crushed” is another nigh-plotless episode that tries – and mostly fails – to build the characters while pushing the story very slightly forward. The scenes where Kamala grows as a budding hero work best, but most of the rest fall flat.