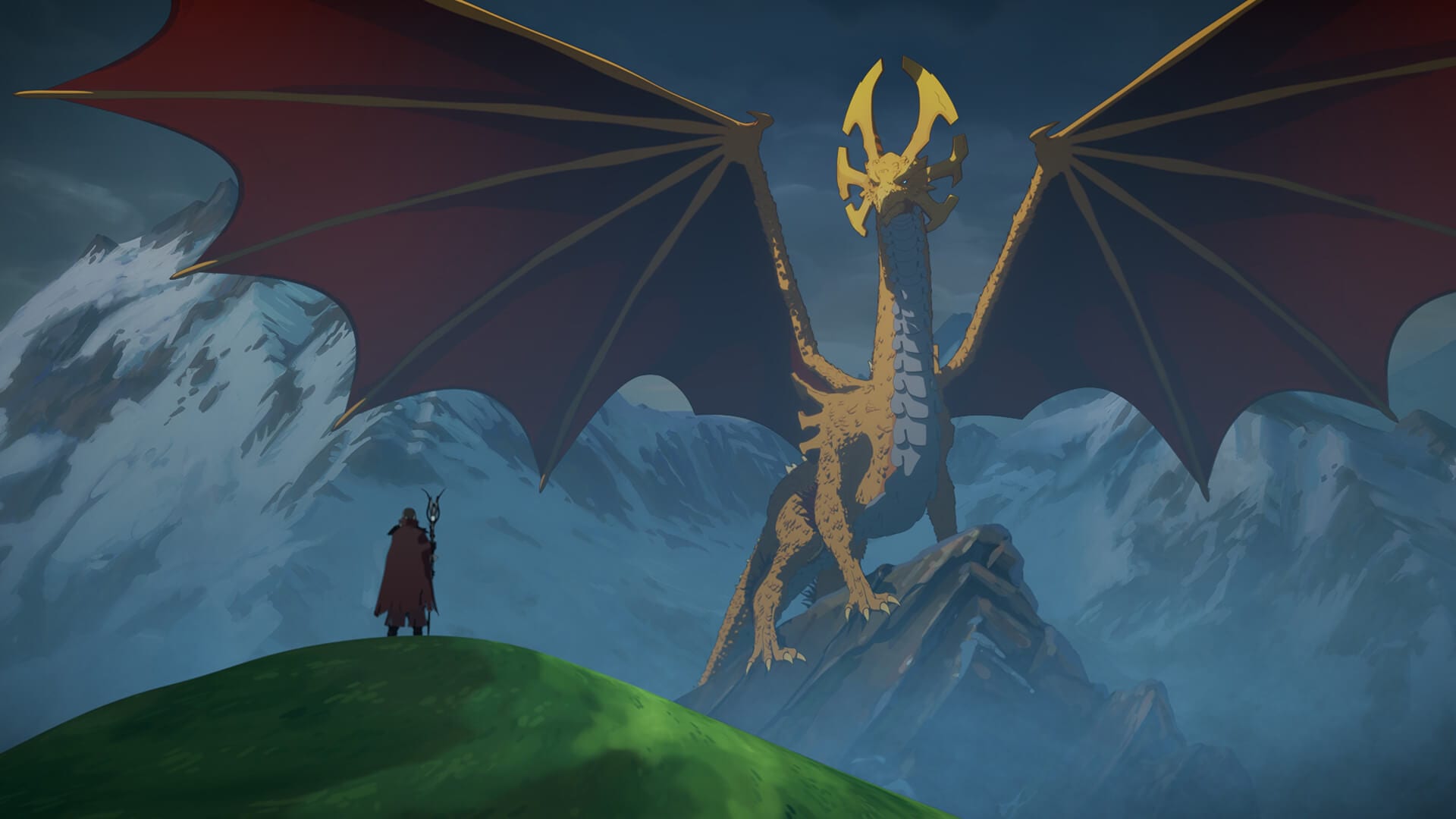 Virginia: The Dragon Prince has been one of my favorite TV series pretty much since Book One: Moon aired last September. Book Three: Sun was released last Friday, and today we’ll be taking a look at these 9 new episodes. Ezran is forced to rule the kingdom of Kotalis despite his age and lack of experience. Meanwhile, Callum and Rayla grow closer as they try to take the baby dragon, Prince Zim, back to his mother. Claudia is forced to choose between her father and brother. These are just a few of the major plotlines in a season packed with story. As usual, I absolutely love the worldbuilding, character development, and story turns they’re able to fit into these short seasons. However, I do think that it ultimately feels a little rushed as a result. What do you think, Munir?

Munir: Before I answer that, I’m with you that The Dragon Prince has become one of my favorite TV series since the first episode. With that in mind, I was very dismayed to learn about the serious allegations against Aaron Ehasz, one of the series co-creators, by multiple women that worked with him at Wonderstorm. This makes him look guilty, and ultimately, it dampened my enjoyment of this excellent series. That’s not fair to the rest of the talented artists that worked on it. What do you think of that, Virginia?

V: Personally, while I am disturbed by that news, it didn’t really affect my viewing and enjoyment of the series. I am afraid I tend to believe the accusers because there are several of them. It truly is a shame that someone who’s written two of my favorite shows (Avatar: The Last Airbender being the other) is apparently such a creep. I wonder if this would make Netflix want to cut ties with Wonderstorm and cancel the series. Here’s Ehasz’ response to the allegations for anyone interested:

M: I don’t think they will cancel the series, but they may cut ties with him, which could ultimately be a good thing. However, since he’s not the only creator of the series, I think it could carry on without him. Now, going into the season, I really liked many things about it. The relationships were developed interestingly, the action pieces were very well done, and many elements that were previously hinted at had good payoffs. But, as you said, I also thought that many things felt rushedm with the story jumping from one thing to the next without much time to breathe.

V: I have noticed that in previous seasons too, but it was particularly pronounced here. They communicate a lot of heavy themes and intricate worldbuilding in these short seasons, and it just seems cramped. I wish they had longer seasons to work with, maybe even like Avatar’s 20-episode seasons. You may be right about Ehasz. I would certainly prefer for the show to go on without him than not at all. 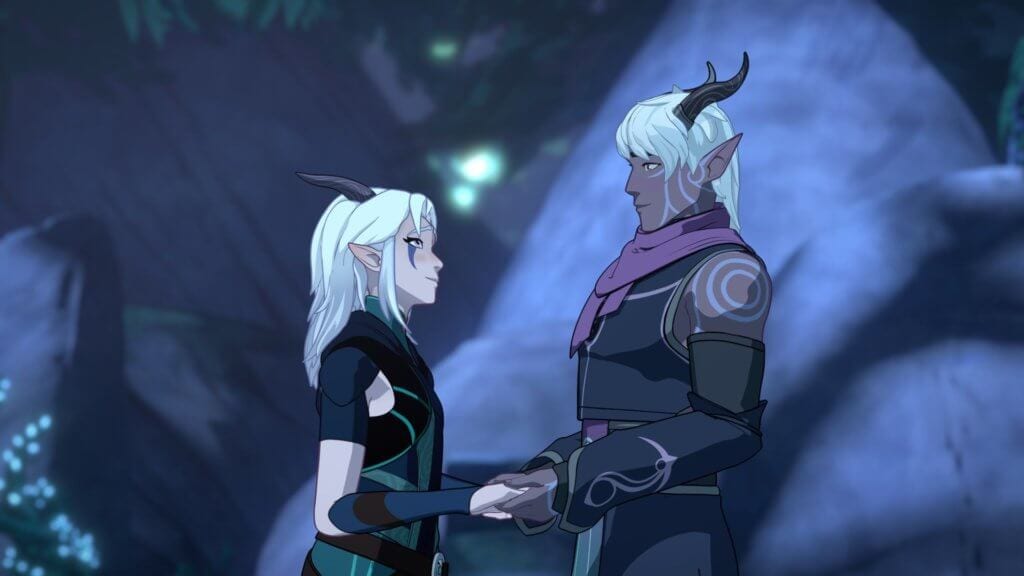 M: Me too. It wouldn’t be fair to all the artists that have worked on the series to cancel it altogether. And I agree that the series would benefit from longer seasons. In this one, in particular, I was very frustrated with Claudia. I have always liked her as a character because she’s complex and has never been entirely good or bad. But, in this season, her blind loyalty to her father really frustrated me. It was always established that Soren was the dumb one, but I would argue that in this season, Claudia became dumber, as she couldn’t see her father’s nefarious plans. I get that she could be conflicted between what’s right and her loyalty to her father, but her blind commitment made me dislike her.

V: I completely agree. And since Soren has always been portrayed as an airhead and Claudia an awkwardly bookish girl, this characterization is strange. As you say, intelligence wouldn’t necessarily preclude her from being conflicted. However, she acts like she has no common sense this season, whereas Soren picks up on what’s happening very quickly. It was interesting to me, though, when she said that maybe he misunderstood what Viren had been saying and doing. Viren tried to use the fact that his son isn’t the brightest to win Claudia’s loyalty, and it worked. It just seems like, since she is conflicted, she would have changed her mind once she saw what Viren was really up to.

M: Exactly. At first, it made sense, but once she saw all the horrors that he was doing, I had a hard time believing that she stayed with him. Even when he imprisoned Ezran, I was surprised she didn’t say anything, considering that Ezran freed her. Another thing that frustrated me was Viren. He’s still a great antagonist, but when he fell, I thought that was a good ending for him and would’ve given Claudia a believable motivation to become the next villain. But seeing him alive again made me feel that the stakes are not really high anymore. It also felt repetitive because next season will see Viren against the others again. I thought that killing him there would’ve launched the series in a more exciting direction.

V: You’re exactly right. Claudia begged Ezran to free her and Soren, and he did. At that point, her claims that she was innocent were true because she was not intentionally complicit in her father’s actions. However, it’s truly scummy not to try and help when the tables are turned. I thought Viren had died when he fell, until the following scene you mentioned. I do think this would make a turn on Claudia’s part more understandable, and she could be a great villain. And if a regular human (admittedly possessed by Aaravos, who is an awesome character, by the way) can survive a fall like that, what kind of danger can they really be in? I feel like they’re setting Claudia up for redemption, but she’s already kind of gone too far for that. She should have abandoned Viren upon seeing his army of monsters. 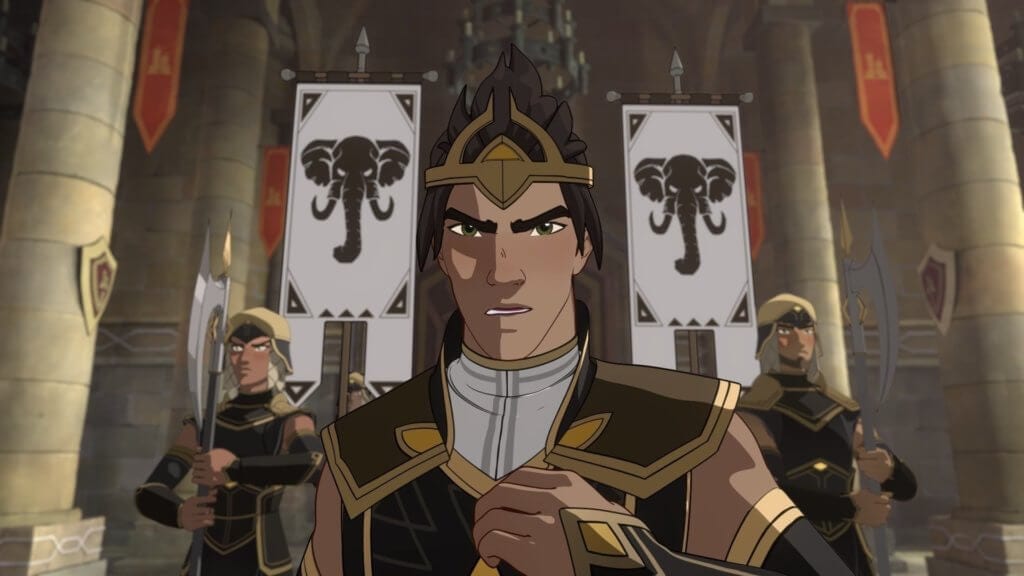 M: Yeah, redeeming Claudia could be a mistake at this point. And like you said, I don’t see how high can the stakes can be with an immortal Viren. Now, on the positive side, I liked many things as well. Soren becoming less airheaded and a good guy was a perfect arc. Ezran’s decision to leave the throne to save the lives of Kotalis’ citizens was a great moment, and overall I liked how wise he became at the end. Xadia was a really beautiful world, and I really like that Callum and Rayla are together, but I do feel their relationship was a little bit rushed. With that being said, I really liked the end when he saves her life, and they proclaim their love for each other.

V: Ezran’s character development was one of the best things about this season for me. I do like Callum and Rayla as a couple, and they have some sweet moments together. However, I think this should have been built up over maybe a season or two before they became a full-fledged pairing. It’ll be interesting to see down the road how Claudia feels about Callum being with an elf girl.

M: Agreed. But I don’t think Claudia would care too much about that; she’s going to be focused on destroying them. Another thing that I liked was the ending. Not the part showing that Viren survived, but the scene where the Dragon Queen woke up. She seemed happy to see humans and elves together, and I wonder how that’s going to play out in the future. I also liked the relationship between Amaya and Janai. They started as enemies, and now they are friends (and I perceived that it could become something more). They are the clearest example that there’s hope for both worlds to live in peace. 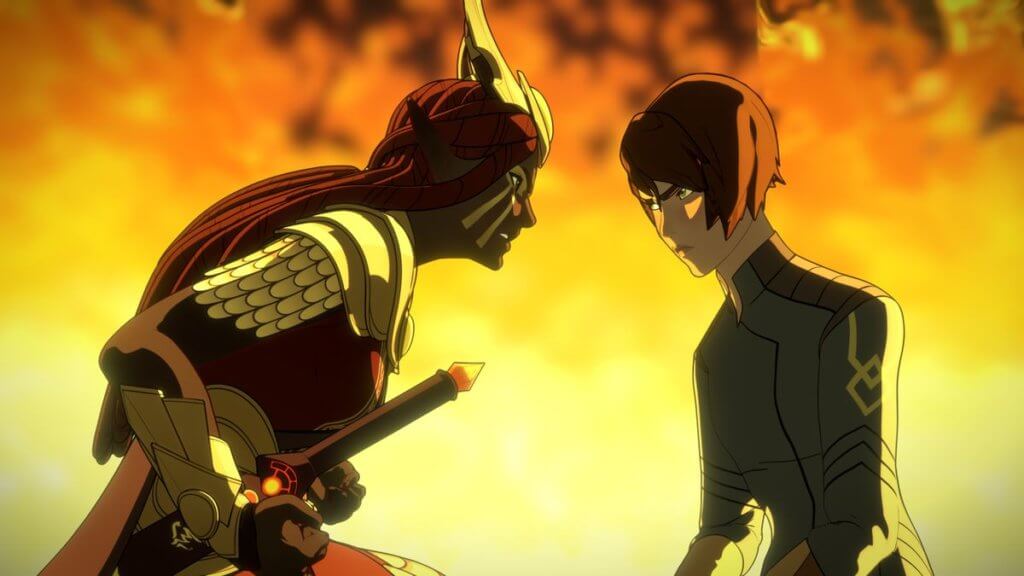 V: Amaya’s storyline with the Sun Elves has been interesting in general, even the bit we got in Book Two. Their world is absolutely gorgeous, and they have a very unique appearance. And I also liked the relationship between the two women and how it evolved. I’ve really been interested in the use of sign language around General Amaya throughout the series. That’s something very different for this type of show, and I’ve really enjoyed it. I did like the ending, too, as you said, aside from the cop-out with Viren. Strangely, it almost felt like a series conclusion rather than just for the season.

M: Exactly. I also felt it could’ve been the ending had Viren died. Let’s hope next season will be more consistent in terms of pacing and the characters’ arcs. I also like how they made Amaya deaf and how they use sign language. This series has always been very progressive, also showing LGBTQ and multiracial characters. Despite some pacing issues, this series remains impressive.

The Dragon Prince's third season has some pretty serious pacing issues, making some story elements and character arcs feel rushed. However, it is an impressive story and the show is a visual treat. The music and voice acting are excellent as well.