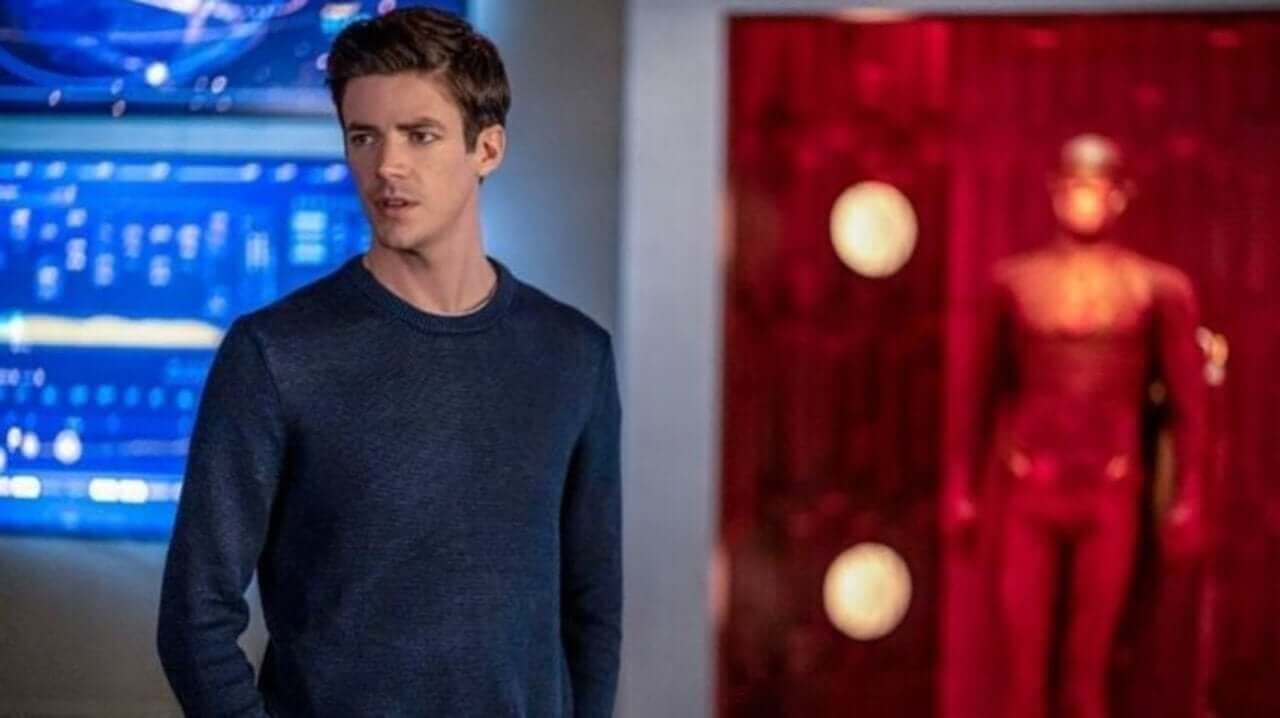 The Flash took a week-long break after the excellent “Grodd Friended Me,” and returns with “Death of the Speed Force,” a muddled, middling effort that serves mostly to make clear just how many balls this season has in the air. Some familiar faces return, as does a familiar superhero trope that needs to finally die, and a mix of effective and annoying scenes and character moments allow the arc to take one step forward and two steps back. And there’s a villain of the week you’ll forget before you refill your coffee cup.

Wally West returns to Central City, but the good cheer he initially ushers in gives way to doom as he brings bad news about the Speed Force. Cisco also returns and resumes his old role on the team. A metahuman targets a Russian socialite. Nash seeks Cisco’s help in getting to the bottom of his spectral encounters with his doppelgangers. Iris ponders spending the rest of her life behind the mirror. Barry faces the ramifications of a decision he made during Crisis.

“Death of the Speed Force” opens with Wally West’s triumphant return to Central City, rescuing a wealthy couple from a helicopter accident and reuniting with his mentor, Barry. The superhero action is fairly standard Flash fare, but his hug with Barry is what makes the scene; Grant Gustin and Keiynan Lonsdale communicate the history their characters share and their elation at seeing each other again with the looks they trade. Wally’s been gone a while, relegated to joining the farce that Legends of Tomorrow has become since its stellar first season, and while I haven’t watched it recently, the results of Wally’s sojourn are apparent quickly. He’s a Buddhist now, having achieved a Zen that has balanced his previously tumultuous emotions, and he seems to have a grasp of reality that eclipses Barry’s. He’s also more in tune with the Speed Force than Barry is, and that sets the stage for the rest of the episode.

As the title “Death of the Speed Force” would indicate, the Speed Force is dying, and while Wally doesn’t quite know what’s going on at first, he has an inkling before Barry does.  When they discover that the Speed Force is on its way out (“We all are; act accordingly”), Wally’s centeredness is finally broken, and he lashes out at Barry, blaming him for the destruction of the energy that gives them meaning and insisting that Barry should have reached out to him when he knew something was wrong. Barry, as always, blames himself and takes the abuse, even if it’s unfounded. And unfounded it is; Barry had a few mishaps with his speed over the last few episodes (which were so small I’d forgotten about them), but he couldn’t know something was out of whack with the Speed Force. Why would his first response be to call Wally? And the cause of the trouble is something even the Speed Force itself acknowledges was the right decision: Barry unleashed an energy the Speed Force can’t withstand when he used Spectre’s powers to enter it during Crisis. It’s aggravating watching Wally berate him for this, and even more so that Barry just takes it.

But it’s also necessary, because “Death of the Speed Force” is about the differences between Barry and Wally: Barry is a man of science, while Wally is a man of faith. The Speed Force, which the show has slowly developed as a metaphysical, almost religious notion, is approached by Wally as such. But Barry sees it more as a natural phenomenon they simply can’t explain, and he uses that perception in his dealings with it. He didn’t consider it a physical being when he traversed it with Spectre’s help; he only saw it as a tool with which he could save the universe. Wally, on the other hand, uses it as the symbol of his spirituality and treats it like his god, the reason for his being. What “Death of the Speed Force” reveals about them, though, is that they both have the capacity to see it from the other’s perspective. Barry has become attached to the Speed Force, particularly as it favors taking the form of his mother to speak to him. He mourns as he watches it die, and he takes comfort in its apparent love for him. And when Wally sees the decision Barry had to make, he understands and agrees with it, acknowledging that he’d likely have done the same. And with their greater understanding of each other, they’re able to take down “Turtle 2” (How did nobody make a Secret of the Ooze reference in this episode?), with some help from Joe – who also helps Wally achieve clarity on Barry’s actions. 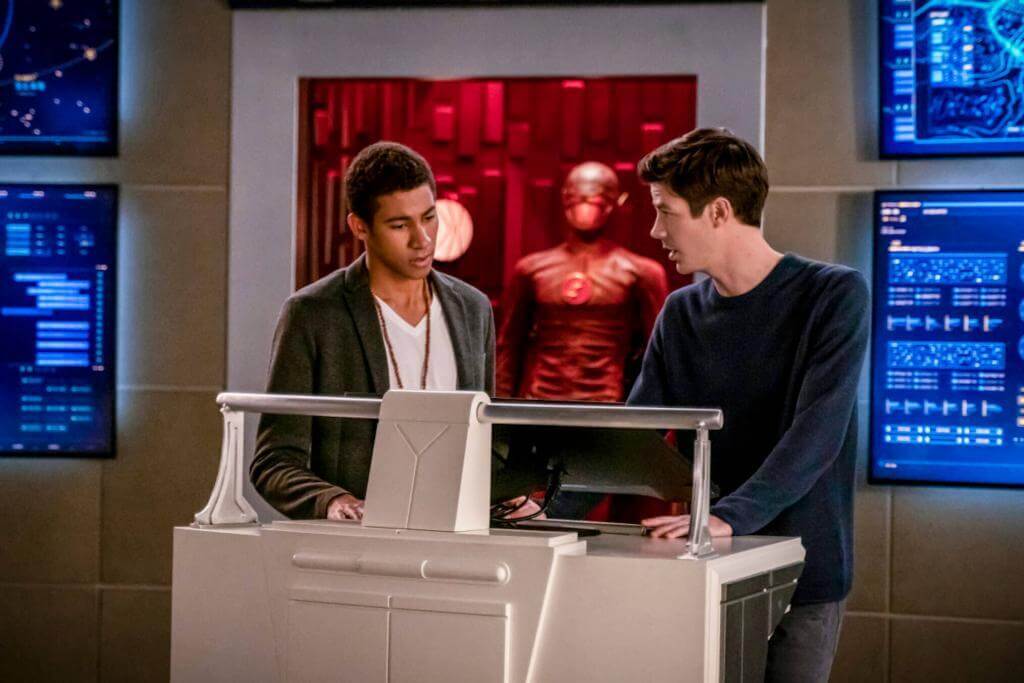 It makes sense as a story and a theme, but “Death of the Speed Force” feels a bit – incoming – forced at times. Wally’s explosion on Barry is so sudden that it’s jarring, and there isn’t much leading up to it, so Wally doesn’t feel justified at all. And while Barry suffering the slings and arrows is completely in character for him, it’s hard to watch him sit there while Wally unjustly berates him. Wally’s humility masks a smugness when it comes to the Speed Force, and even when he comes around towards the end, you’re still left wanting Barry to wipe it off his face. I’m also dreading another bout of seeing a superhero lose his powers and have to discover that the real hero was inside him all along. The Flash has already done this, as has every piece of superhero fiction ever, and I’m beyond sick of it. At least there’s a new wrinkle to it this time – more on that in a moment – but it’s so tedious that my eyes won’t stop rolling when it’s brought up. It also looks like the predicament with the Speed Force is going to be another major plotline this season to compete with Black Hole, and I have the feeling at least one of them will get the short shrift.

There’s also the matter of Eobard Thawne’s return. The Reverse-Flash is back, at least as a spirit of some sort, and he’s now in full control of Nash’s body. But with corporeality comes some limitations, in particular that Nash isn’t a speedster, so Thawne moves with the speed of a normal man. I like that they’re inhibiting the villain along with the hero; it mitigates the annoyance of taking Barry’s powers away yet again. And Thawne has a trick up his sleeve in a dark version of the Speed Force he’s created to power himself, unknowingly (maybe) giving Barry the means to overcome the death of the Speed Force. It’s great having the Arrowverse’s best villain back, particularly as played by Tom Cavanagh (with every bit of menace present, even without his powers), but again, will the Reverse-Flash get lost in the shuffle this season? This is an awfully stacked deck. I also don’t like how Cisco behaves in this subplot, mostly because it seems unearned. Why would he just refuse to help Nash? Isn’t this the sort of thing Cisco would be all over? I know, he didn’t have some life-altering experience when he visited Atlantis (which no one seems overly impressed by), but this is ridiculous. 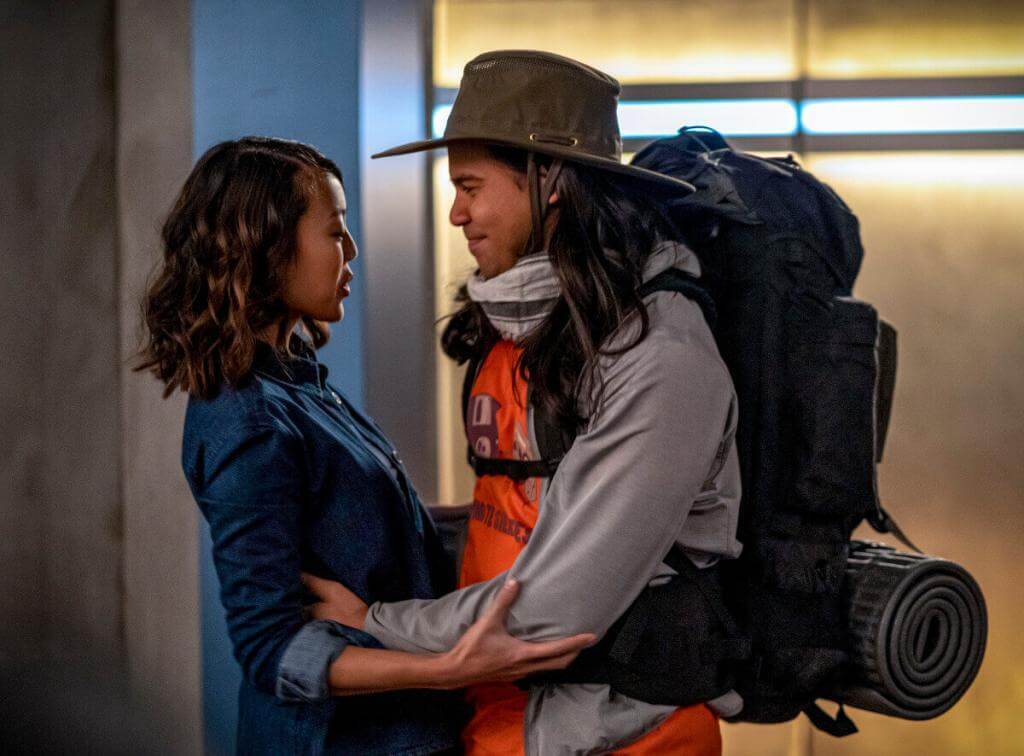 But the best scene in “Death of the Speed Force” goes to Iris and Eva, trapped behind the mirror. It’s Hitchcockian in its uneasiness; we know Eva is evil, so everything she does is dripping with dread, even as Efrat Dor underplays it perfectly. The mundane is more sinister because we’re perfectly aware of what’s underneath. The score is exactly right here too, with just a hint of terror as it lilts through the scene and the real threat blossoms under Iris’ nose. There’s also some light shed on Eva’s connection to the fake Iris in the outside world; Eva’s hand falters as she holds a drink, and so does the fake Iris’, leading to a spill. Is the imposter some kind of astral projection Eva is able to make? If so, it’s a pretty strong one, since she’s corporeal.  I don’t know what Eva is up to, but I like how it’s unfolding – and I wish it had a whole season to itself instead of having to share with the Speed Force drama and Reverse-Flash’s return.

“Death of the Speed Force” doesn’t so much move the story along as create new stories to compete with the one we already had. Characters behave in frustratingly inconsistent ways, while others reveal new parts of themselves, and a potential mess down the line is set up. It’s okay, but it worries more than it illuminates.

The Flash – "Death of the Speed Force"

“Death of the Speed Force” doesn’t so much move the story along as create new stories to compete with the one we already had. Characters behave in frustratingly inconsistent ways, while others reveal new parts of themselves, and a potential mess down the line is set up. It’s okay, but it worries more than it illuminates.