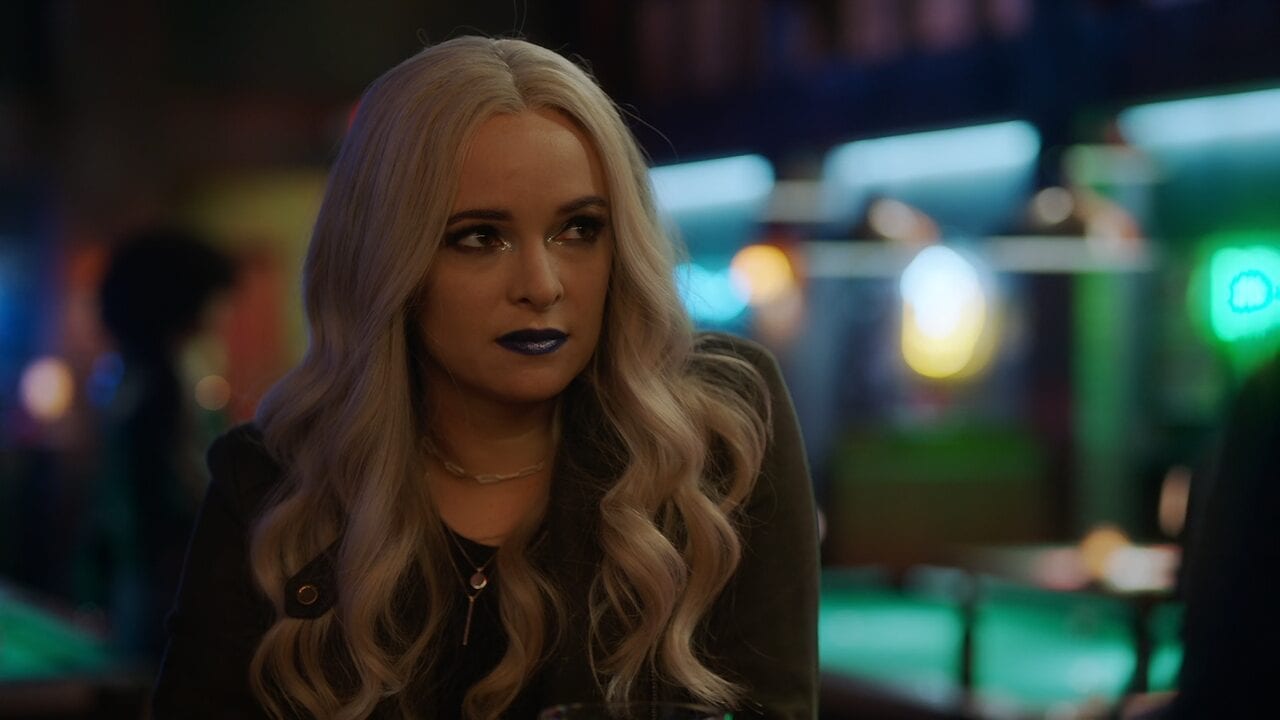 “Growing Pains” is more important than it feels. It doesn’t add much to the season’s arc, but it takes two of the main characters in the direction the show wants them to go. However, while one is generally handled well, the other is rushed and short-shrifted, feeling like an afterthought when it should have a more central focus – not the least of which because it revolves around Barry.

Kristen Kramer ramps up her hunt for Frost after a murder shows signs of the frigid former villain’s powers being used. As Joe and Cecile try to protect her, Frost weighs how best to deal with her new legal troubles. Barry struggles with having the personification of the Speed Force in his daily life.

“Growing Pains” kicks off with Barry making his usual speed-enhanced romantic gestures for Iris, but he’s thrown when the Speed Force reminds him that he has a new houseguest. This is the episode’s subplot, and it’s at its strongest here, where Barry’s unease with seeing his mother every day is demonstrated in action, with gestures and looks. I like that The Flash is taking this track because last week had Iris sure that Barry would be overjoyed to see something that looked like Nora every day. She may not be wrong in the long run, but it’ll be a challenge for him to get there because right now, he’s mostly freaked out seeing his dead mom doing mom-like things for him and his wife. This works not only for Barry’s development and his acceptance of his loss but in his and Iris’ marriage and the notion that even the “perfect couple” can make mistakes, sometimes on a small scale.

The opening scene of “Growing Pains” also lays out where the season’s arc is now, at least in terms of the villains. The underwhelming bad guys we’ve met over the past three weeks – Fuerza, Psych, and Deon – are other “Forces” in the vein of the Speed Force. Fuerza is the Strength Force, Psych is the Sage Force, and Deon is the Still Force. This, so far, is a good idea on paper – having Barry contend with a group of villains, and ones that are as powerful as the Force that gives him his speed – but the execution is weaker than a wet tissue. The looks of these Forces are all ridiculously goofy, and none of them feels like a threat that should vex the Flash; Deon just looks like your average high school jock, and he’s the best of the bunch. And they don’t seem organized, even though we’re meant to believe they’re all gunning for the Speed Force. Fortunately, they take the week off, and when Barry’s called into work, the A-plot reveals itself.

Someone froze a truck driver solid – so solid that he was smashed into ice chunks – and stole some fancy sci-fi microchip. It doesn’t take intrepid metahuman hunter Kisten Kramer long to conclude it was Frost, and “Growing Pains” cleverly establishes that this is not only completely reasonable but the only logical deduction. That puts Barry, Joe, and Chester (Cisco was written out this week so Chester could do what he does without the charisma or delivery) in the awkward position of trying to defend someone whom they have no rational reason that they can reveal to believe is innocent. It’s a good setup because it makes everyone seem smart; Barry and the others know Frost didn’t do it, but they can’t say why or they’re guilty of harboring a fugitive, and while Kramer is opposed to the characters we like, she’s not some idiot who will believe the culprit is anyone but the only known criminal with ice powers.

In fact, Kramer is fleshed out a bit in “Growing Pains” because, instead of making her too much of a heavy, she turns out to like and respect Barry due to his forensic skills. It’s a little detail, but it brings her character much more to life. She’s not evil; she’s just efficient and professional, and she appreciates those qualities in others. That this comes after Cecile writes her off as some faceless government suit who will fail and go away makes it an even stronger characterization. She’s set up to be hiss-worthy, and that she isn’t comes as a surprise. Later, when she shows up at Caitlin’s apartment and arrests her on suspicion of being Frost, can we really say she’s wrong? A couple of weeks ago, she’d have caught Frost red-handed this way, and Joe has to tie himself in knots trying to explain it away, ultimately hiding behind procedure. That this conflict is so much more interesting than the main one with the Forces is unfortunate, but I’ll take it. 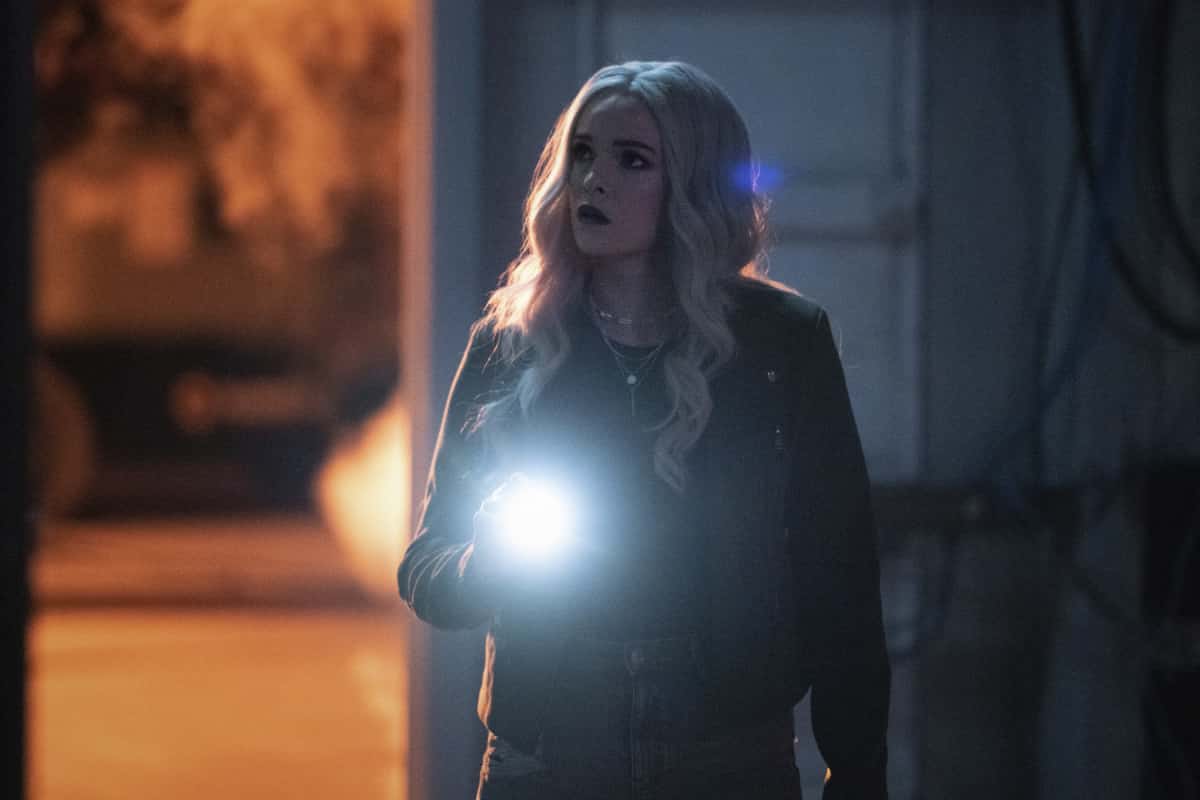 Frost, meanwhile, does act predictably in that she doesn’t listen to anyone and goes rogue to find the real killer. But it’s the right kind of predictability, meaning it’s in character for her. “Growing Pains” is well-written in that it knows how to surprise and how to do what’s expected – and, more importantly, with whom to do those things. Lacking finesse or patience, Frost tears up a criminal bar looking for clues and flirts with the handsome bartender while she fails to maintain a low profile. But it’s Caitlin who gives her pause; when she shows up to bust her other half out of lockup, Caitlin implores her to let the situation play out and trust the legal process. This is what convinces Frost to face the music once she’s outed the murderer (who turns out to be the bartender, alias the only other speaking character in the episode; his affinity for IPAs should have clued me in right away). The idea that she’s fighting to clear her name on a murder of which she’s innocent while still running from the crimes she committed flies in the face of her redemption, so Frost gives herself up to Kramer. This reminded me of an episode of Angel where Spike suffers for killing someone he didn’t, and it makes him reflect on the people he did kill; that’s always a plus for me.

“Growing Pains” isn’t without fault, though. The subplot dealing with Barry’s reaction to his mother’s visage fizzles out quickly. Unlike with Frost, this is the bad kind of predictability; we know he’ll be uneasy, we know he’ll decide he has to get past it, and we know he will because he’s Barry Allen. It’s busy work for the show’s lead. And while the Frost-obsessed bartender (who goes by “Chillblaine” for some ungodly reason) is better than the Forces, he isn’t anything special; I also don’t understand how Frost figured out he was the killer, and I rewatched it a couple of times to be sure. The fight between Frost and the lowlife barflies is poorly filmed, with much of it happening off-camera; I suspect this is at least partly because Danielle Panabaker wasn’t fully recovered from her pregnancy when it was shot. It’s also kind of funny that no one can understand how people know that Caitlin and Frost are the same person; I’m disappointed nobody made a joke about one of them wearing glasses. And I had to hold in some puke when Frost told Chillblaine, “You fight like a boy.” I can picture someone in the writers’ room doing a Z-snap after they wrote that. But this was a pretty good one, all told. 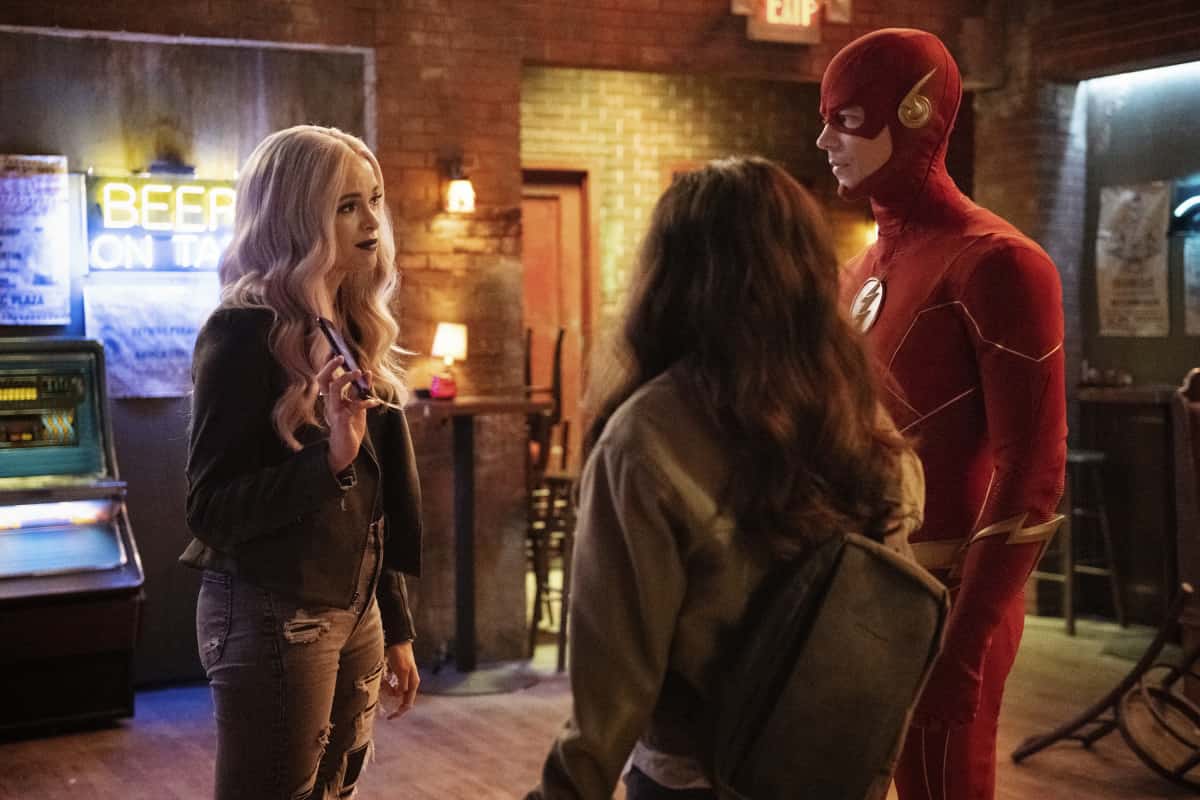 “Growing Pains” is a step up from the last several weeks. It develops Frost and Kramer in surprising ways, and it says some fascinating things about justice and making amends. Barry’s subplot starts well but ultimately falls flat, there’s an embarrassingly subpar fight scene halfway through, and Chester is back to being annoying, but it’s a decent episode.

“Growing Pains” is a step up from the last several weeks. It develops Frost and Kramer in surprising ways, and it says some fascinating things about justice and making amends. Barry’s subplot starts well but ultimately falls flat, there’s an embarrassingly subpar fight scene halfway through, and Chester is back to being annoying, but it’s a decent episode.

Super impressed by the longevity of this show.

We got some Les Miserables themes going around this season.