“The Gunslinger” opens with Mando and “Baby Yoda” trying to evade enemies searching for the child. Ultimately, Mando blows up the enemy ship, and they continue on their way. However, he soon realizes that his own craft is leaking fuel. He lands on Tattooine to get the ship looked at. He leaves it with a mechanic named Peli, who soon discovers “Baby Yoda” and decides to look after him for the time being. Meanwhile, Mando meets a newbie bounty Hunter looking to join the Guild. Mando agrees to help him track down a mercenary named Fennec Shand. Shortly after they set off in pursuit of Shand, they find a rider hanging from his dewback mount. When Mando investigates, Shand begins firing from afar. The two rest during the day and head for her at night. However, she sees them coming even in the darkness. She repeatedly shoots Mando as the rookie makes it to her. While he “distracts” her, Mando sneaks up behind and shackles her. He leaves the rookie to watch her while he finds the dewback. However, Fennec tells the young man that Mando is worth far more than she is to the Guild. He kills her and goes after the child. However, Mando is able to outsmart and eventually kill him. He pays Peli for everything she’s done and leaves with the child.

Virginia: Overall, while I think I still like “Sanctuary” more, “The Gunslinger” is tons of fun. I was glad to see Amy Sedaris (Princess Carolyn from Bojack Horseman) as Peli and Ming-Na Wen (Mortal Kombat, Agents of S.H.I.E.L.D., Mulan) as Fennec Shand. There’s a decent amount of fanservice in “The Gunslinger,” most obviously that the action takes place on Tatooine. What did you think of the episode, Munir? 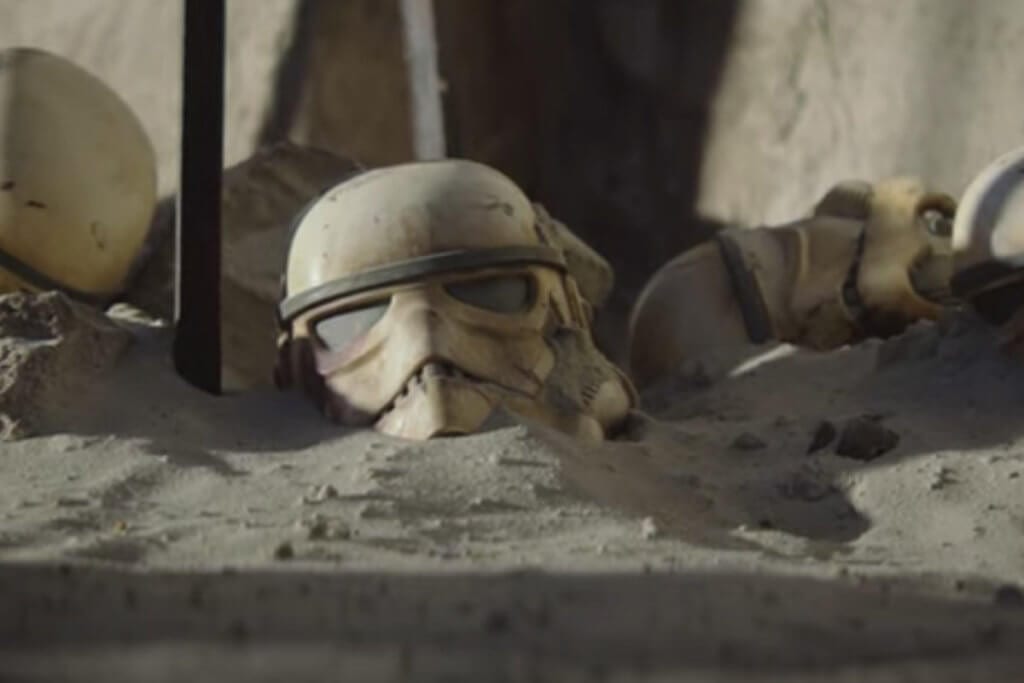 Munir: I also liked it, although I prefer “Sanctuary” as well. It’s also worth mentioning that this episode is the second one that was directed by Dave Filoni. He also directed the pilot and is the creator of both The Clone Wars and Rebels animated series. The past four episodes have given us many memorable characters, and this one is no exception. Both Amy Sedaris’ Peli and Ming-Na Wen’s Fennec Shand were great additions to the series. I also like Jake Cannavale’s Toro Calican, the duplicitous bounty hunter-to be. As you said, there was a lot of fanservice, but this being Filoni, it was done very well, in my opinion. Tattooine has been a central planet for the whole Star Wars saga, so it made sense that if Mando was escaping, he would choose an outer rim planet like that one. I like how Filoni portrayed a post-Empire Tattooine with droids in charge of the emblematic cantina and stormtroopers’ helmets on spikes. It was a pleasant visit to a familiar place, and the good thing is that it didn’t feel forced.

V: Dave Filoni is fantastic, and a lot of people have expressed wishes for him to be in charge of the entire Star Wars universe at Disney. I think his resume speaks for itself at this point. I like Toro as a one-off villainous character, and it surprised me that it went in that direction. I wasn’t thrilled with Cannavale’s performance, and interestingly, he comes off as a novice actor playing a novice bounty hunter. The fanservice didn’t really bother me because it didn’t come across as being too in-your-face, and Tattooine was a fitting setting for this story. I agree about the imagery with the stormtrooper helmets; that was interesting and immediately made me wonder what was going on. I liked Peli’s interactions with Mando, and especially with the child. It reminded me a little of Princess Carolyn with Ruthie on Bojack. 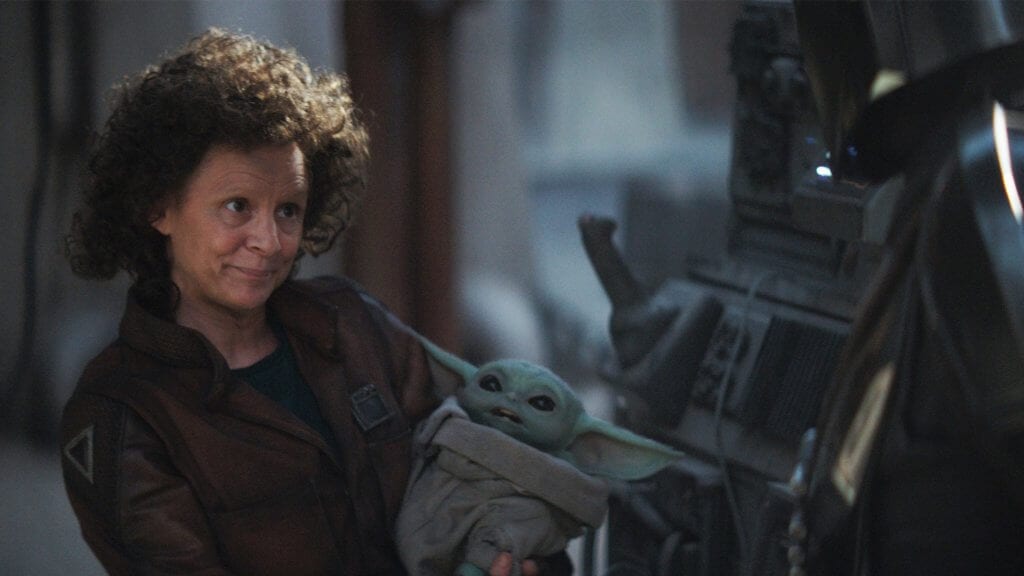 M: Indeed, I also got Bojack vibes with Sedaris’ character. What did you think of Fennec Shand? When I heard Ming-Na Wen was going to be in this series, I was ecstatic. She was my favorite character back when I used to watch Agents of S.H.I.E.L.D. And, of course, Mulan is one of my favorite Disney characters. She didn’t disappoint in this role. It’s obvious that she’s smart and lethal, but I was a little underwhelmed that she was killed so quickly, and I also found it weird that they would waste that character so early. And my suspicions were right since, in the end, you can see a mysterious figure kneeling beside her, and it seems she is not dead after all. This is a good thing since, like most of the characters in this series, I want to know more about her. I’m also not sure if Toro was really killed or if he would pop up later in the season, or even afterward. Both characters have the potential to be more developed, and I would like to see that.

V: I also like Ming-Na Wen a lot, and she was good in the role. I was somewhat surprised that they killed her so soon, but at the same time, The Mandalorian is shaping up to be that type of show. It reminds me of Kung Fu, where, excluding the main character(s), the cast is always changing with the surroundings. Strangely, amid all the speculation that the ending’s mysterious figure was Boba Fett (I hope and think not), I hadn’t considered that it could be Fennec. But I suppose that would make as much sense as anything. I’m indifferent to whether we see Toro again or not. However, I will say I’d rather see Fennec, and it would be silly if they both survived. Toro is a newbie, so it wouldn’t be a stretch to say he didn’t quite get Fennec.

M: I didn’t know there was speculation that the mysterious figure was Boba Fett, but, like you, I hope it’s not. I don’t really need to see many familiar faces in this series. I hope we get to know more original characters before we see any past characters. I also agree that having both of them surviving could be silly, and Fennec has a better chance. She’s also the more intriguing character of the two. With three episodes left in the season, I wonder what the climax is going to be, because as of now, it’s still a lot of setups. I know there’s going to be another season, but I hope we get some answers to the many questions the series is raising.

V: I hope it involves The Client. He’s by far my favorite antagonistic character we’ve seen, and I’d be interested to see exactly what kind of a threat he poses.

M: Yes, and a little bit more about The Child and why is he considered so valuable. Overall, this was another enjoyable episode of The Mandalorian that brought us back to a familiar place while introducing some memorable characters.

What did you think of “The Gunslinger”? Let us know in the comments, and don’t forget to come back for new reviews of The Mandalorian!

The Mandalorian Season One, Episode Five "The Gunslinger"

"The Gunslinger" isn't The Mandalorian's best episode, but it's still pretty darn good. The episode treats us to new characters in a familiar setting with plenty of action.