Three episodes in, Watchmen still isn’t very good – and, in some places, astonishingly, how-the-hell-did-they-think-this-was-a-good-idea bad – but “She Was Killed by Space Junk” introduces a potential life raft in the form of a major character from the graphic novel. It’s littered with the ridiculous characters, cartoonish take on race relations, and misunderstanding of the source material that plagued the first two chapters, but at least there’s someone to latch onto now.

At Senator Keene’s request, an FBI agent arrives in Tulsa to oversee the investigation into Judd Crawford’s murder. The masked police (an oxymoron on this show, I suppose) interrogate the residents of Nixonville. The Seventh Kavalry grows more brazen. The walls close in around Angela Abar. The Lord of the Estate reveals his identity; not a single person is shocked.

“She Was Killed by Space Junk” opens with what appears to be a bank robbery, but is actually an FBI sting operation to catch a masked vigilante. This is our re-introduction to Laurie Juspeczyk, the former Silk Spectre who now goes by Laurie Blake. Laurie is on the FBI’s Anti-Vigilante Task Force, hunting down superheroes for breaking the law prohibiting their existence, and she’s all too happy to do it. This Laurie is disillusioned and cynical, and she doesn’t believe justice can be delivered from behind a mask – an attitude she takes with her to Tulsa when Senator Keene maneuvers her onto the Judd Crawford assignment. And thank God he did, because Laurie is precisely the shot in the arm Watchmen needed to make it even slightly watchable.

Much of the reason Laurie is so refreshing is that she’s played by the perfect actress. Jean Smart is always compelling, and she gives Laurie a grounded and jaded persona that feels much more authentic than anything we’ve seen yet on Watchmen. “She Was Killed by Space Junk” is Laurie’s episode, and Smart effortlessly commandeers the entire show. While everyone else is playing a caricature of an idiot, she’s playing a real person, and suddenly there’s someone with whom the audience can identify. In particular, Laurie puts some of the fascistic practices in which the” good guys” have been engaging in perspective. Why do the cops get to wear masks while civilians can’t? Why are they trampling on civil rights in their crusade against the Seventh Kavalry? Why do they think a blinking light show is proof enough to tell them what’s on a person’s mind and in his heart? And why is the investigation into Judd Crawford’s hanging covering up what should be crucial information? This is the sort of thing a Watchmen story should be about, and it’s infinitely more absorbing than the embarrassingly simplistic examination of racism Damon Lindelof’s been patting himself on the back for writing. And Laurie’s questioning of this carries much more weight than that of Angela, who spent half the premiere breaking into a private residence, kidnapping an American citizen, and torturing him for information, then wonders if yelling at people through a bullhorn is police overreach before beating someone half to death. I’m sure Laurie will be, at best, the co-lead with Angela, but she’s the protagonist Watchmen should have if it wants to elevate itself above the ridiculous mess it’s been so far.

It’s not all sunshine and roses, though, even insofar as Laurie is concerned. While so much about her is right, Watchmen still has plenty of stupid left over for its by-far-best character. For instance, she finds Judd’s secret Klan uniform hiding place because her father had a secret closet when he was killed, and now she checks every murder scene for one? That’s asinine; it’s a lazy way to move the plot along without showing Laurie be an actual detective.  Laurie also keeps – I kid you not – a big, blue, presumably Doctor-Manhattan-shaped dildo because she’s still in love with the godlike superhero. This is just a ridiculous, shock-value sight gag, its only relevance being to make a point already made through her communications with her ex on Mars. She still has a pager in the current year, which is just strange. But, worst of all, she’s using her father’s last name, something I can’t imagine Laurie Juspeczyk ever doing; it’s one thing to come to terms with being the Comedian’s daughter, but to forsake her mother for the man who assaulted her? Not a chance. This is one of those faux-clever things lesser writers do when playing in someone else’s sandbox to prove what big fans they are. Watchmen is rife with these, and “She Was Killed by Space Junk” doesn’t give us a break from them. There’s Laurie’s joke to Doctor Manhattan, which she ends just like Rorschach did his; the Lord of the Estate assuring someone he’s not a “republic serial villain” (ruining the reveal – such as it is – that he’s actually Adrian Veidt); Laurie keeping an owl in a cage to foreshadow Dan Dreiberg’s imprisonment, which is announced about ten seconds later; and the clipping of Rorschach’s journal, which shows up for the sole purpose of being summarily dismissed. References don’t make a sequel worthy of its predecessor (and, despite whatever word-salad explanation Lindelof gives for this show, it’s a sequel to the comic book). 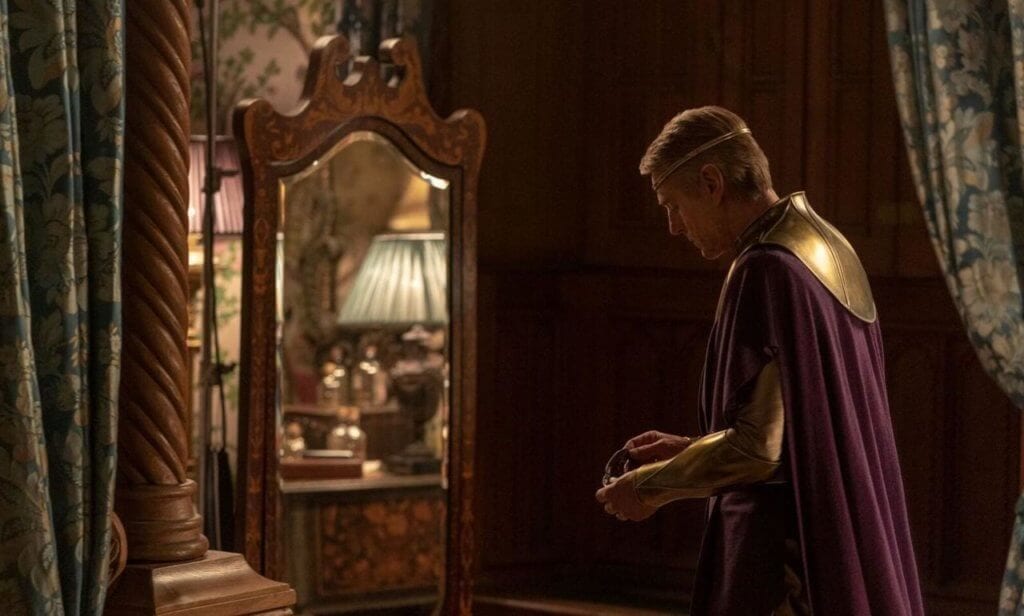 Well, Rorschach’s journal entry does serve one more purpose, and it’s the same one the Seventh Kavalry serves: to denigrate one of the most important characters from the comic. In another awful piece of dialogue from “She Was Killed by Space Junk,” the FBI deputy director says, indignantly, “Is it the 1980s, Petey? Then who gives a shit about Rorschach?” Isn’t this show so edgy? It’s taking the most popular character from the source material and calling him both an irrelevant relic of a bygone era and a symbol of racism in America. (This comes right after the same character declares that every time black people become successful, every white person in a ten-block radius will get together and kill them; seriously, guys, Lindelof is one of the good ones!) The complete dismantling of Rorschach is perhaps the most overt way in which the series topples the pillars of its progenitor, but it’s not the only one. Adrian Veidt is now a complete lunatic who giggles like a schoolboy as he has his clone servants act out a play. It’s clear Veidt is going to be the main villain again, which is fair enough (though not exactly original), but he isn’t the utilitarian he once was, clear-headed in his commitment to a momentary evil for the greater good. Now he’s a nutbar who lives in a fantasy world where he meditates half-naked and hunts buffalo for sport, playing games with his butlers and maids, and constantly drawing attention to clocks for the audience’s benefit. If you’re going to make a sequel to Watchmen, the obvious route would be to pit Rorschach and Veidt’s legacies against each other, but in order to subvert expectations, the series perverts both of those things to the point where nothing may as well have happened.

“She Was Killed by Space Junk” is the best episode of Watchmen so far, but that’s almost a backhanded compliment. The bad dialogue, exaggerated acting, and silly look at race persist, but some potentially interesting notions about governmental overreach are introduced, and Jean Smart’s Laurie Blake is a breath of fresh air and the first element that makes the show worth watching. Whether it hangs on and gets better from here is a mystery, but I wouldn’t stake much on it.

Watchmen – "She Was Killed by Space Junk"

“She Was Killed by Space Junk” is the best episode of Watchmen so far, but that’s almost a backhanded compliment. The bad dialogue, exaggerated acting, and silly look at race persist, but some potentially interesting notions about governmental overreach are introduced, and Jean Smart’s Laurie Blake is a breath of fresh air and the first element that makes the show worth watching. 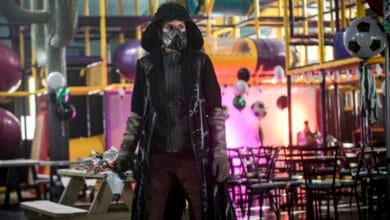 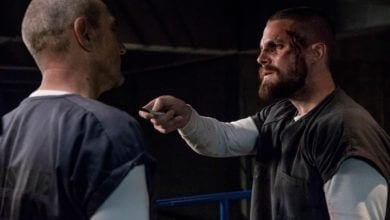 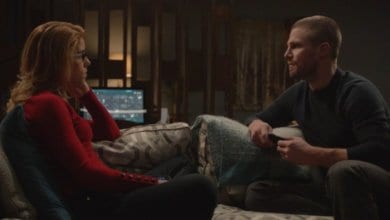 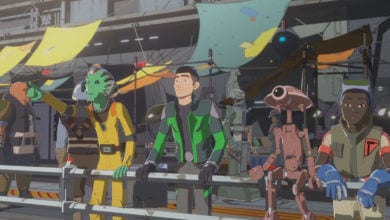