“Soon, it won’t matter where they run; everyone will be under my control.” 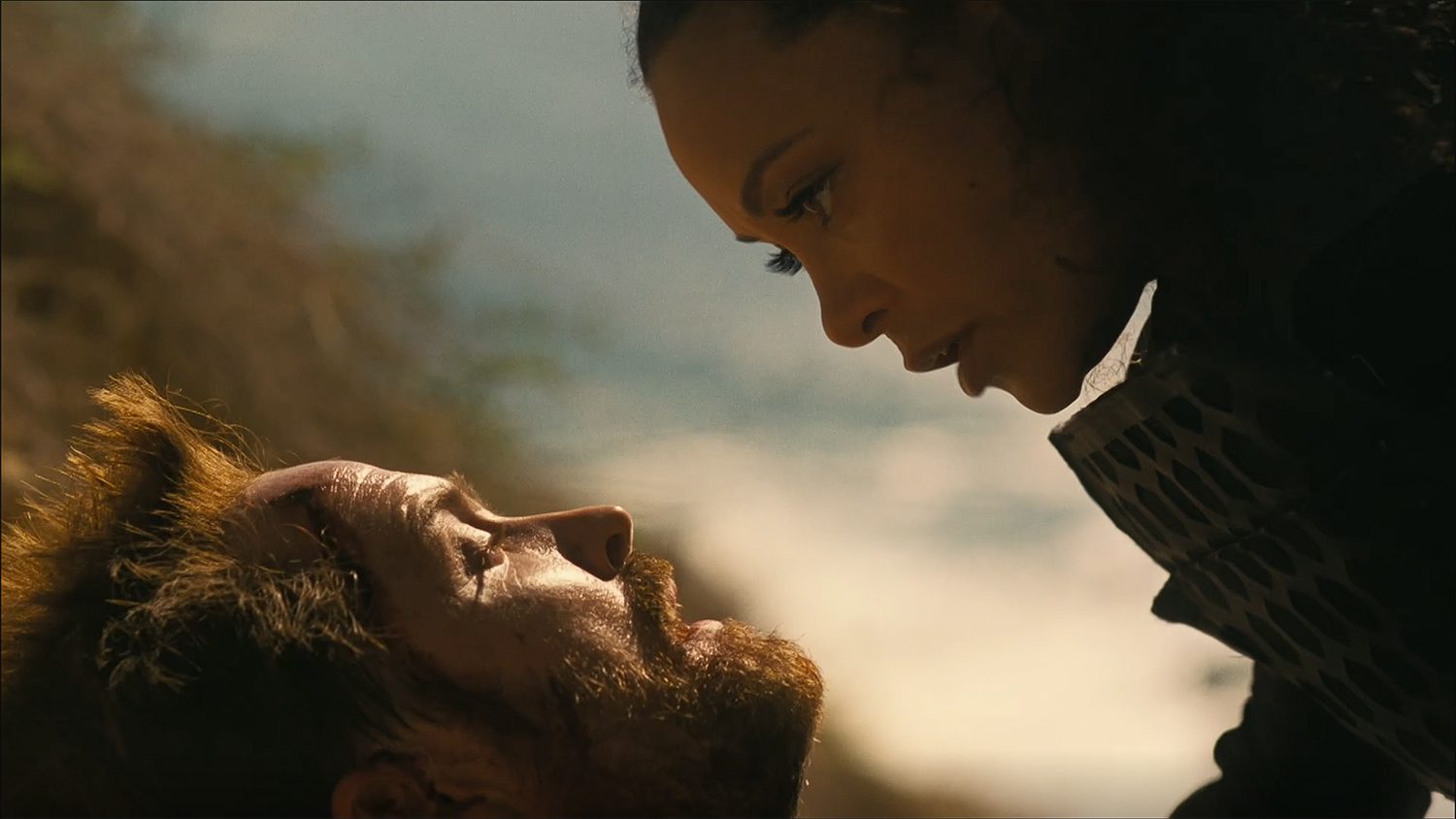 “Generation Loss” kicks off with a flashback to Maeve and Caleb discussing the war’s end and blowing Rehoboam up. In the present, Caleb wakes up under the park with Charlotte Hale, who tells him that soon all humans will serve her. Meanwhile, William informs Maeve of just how alone she is. She uses her abilities to hack into the main system and regain the upper hand. Caleb is unable to remove the flies, but they take Charlotte with them to get the information. Maya finds Christina still in bed, surprised that she overslept. They discuss Maya’s nightmare about her parents being killed by flies. The two agree to go out that night. Bernard and Stubbs work on their relationship with the rebels. Caleb and Maeve desperately escape the park with Charlotte. Cristina’s date is Teddy, who charms her, to her surprise. Maeve tells Caleb he was hunted because she reached out to him through the grid. Caleb calls his people for help, but the infection process is completed, making him Charlotte’s slave. She orders him to kill Maeve, but he shoots William instead. However, Maeve gets shot and stabbed by William anyway. Charlotte reminds Caleb that this has happened before, and he died; he’s the 278th host version of the real Caleb. Bernard’s companion is revealed to be Frankie, Caleb’s daughter, who has grown up in this time. She and Bernard find Maeve’s body in the sand. Thus far, the fact that season 4 has been watchable automatically made it a significant upgrade from the previous installment. I still prefer the lively, colorful Westworld to the sterile, clinical realm the humans reside in. Likewise, I don’t know how I feel about Bernard’s omniscience and Maeve’s (albeit nerfed this season) omnipotence. However, the characters and their relationships have improved substantially in the first three episodes of season 4. I enjoyed Cristina’s date with Teddy and the strange but moving bond Maeve shares with Caleb. Caleb has done something of a turnaround this season, becoming far more interesting and likable, and a formidable fighter in his own right. His partnership with Maeve seems more equal than his time spent following Dolores around, and he’s actually had to save her a couple of times. William’s survival hinted at a possible stronger story to come.

This being said, though, I’ve spent this season waiting for the other shoe to drop, and “Generation Loss” delivers the first blow. Westworld has gotten lost in its own perceived cleverness and importance again; there are two timelines at play once more. Caleb is dead and has been replaced with a host for over two decades, meaning the real William is likely dead too. Why even show him alive this season, then? What was the narrative purpose of saving him? Are they going to do this every season? Must there always be some mysterious conspiracy for the characters to uncover? Sometimes it’s more fun and worthwhile to go on a journey with a character than to discover that there’s yet another world-changing plot twist at play. I’m not surprised, but I am disappointed and tired. We only get one scene with Cristina and Teddy because the writers are busy flipping the world on its head. They’ve never been able to replicate or top the reveal in season 1 that William was the Man in Black 30 years earlier, so I frankly don’t know why they try. Ironically, it’s become repetitive and predictable. “Generation Loss” also confirms that Charlotte really isn’t Dolores, who must either be inside Cristina or gone for good. It’s hard to believe they would get rid of Dolores and William when those two characters are what kept people coming back, but I don’t know what to think anymore. The Man in Black working as a glorified lackey for Hale is disappointing and boring as well, reducing the show’s most intimidating character(or at least his host clone) to a flunkie for someone with 0 charisma. Whoever Charlotte is, she’s not interesting or frightening in the slightest. This comes as no surprise since Tessa Thompson is one of the dullest performers I’ve ever seen, but it’s worth mentioning nonetheless. When your main antagonist for a season (so far) is uninteresting and inspires no fear or anxiety, that’s a problem. I like the way Caleb is initially found by Charlotte and William, though. Having Maeve accidentally reveal his location by searching for him is tragic, but also sweet in its own way; his comrade in the war never stopped caring about him and ultimately missed him. The compassion Maeve shows even for humans sets her apart from someone like Dolores, who valued justice above all else. Interestingly, Caleb came to represent mortality for Maeve, who, of course, just kept being revived after “dying” in her loop. Her desperation to keep him alive is touching, if a bit surprising. I know she cared about her daughter, but Caleb is just some guy who generally lands on the same side as her. For a moment in “Generation Loss,” I thought Maeve would confess her undying love to Caleb. I don’t think C being an adult Frankie is as impactful as the writers want it to be, but I’m fine with it as far as reveals go. This has nothing on the William twist and is essentially copying it, but it doesn’t ruin the show. It is pretty chilling that Charlotte already won, and most people are now under Charlotte’s control. Putting Caleb’s family in the middle of it gives the audience someone to root for. I detect some parallels to the COVID pandemic in the way Charlotte talks about “super spreader events” and the societal control she has in place as a result. Honestly, though, I’m not sure if that was the writer’s intent or if my brain is still fried from the exhaustion of the past two years.

Overall, “Generation Loss” is acceptable but not exceptional. After a surprisingly strong start for season 4, this episode feels like a step back, a spiral back into bad, convoluted writing. I want more time with Cristina and Teddy, less intrigue, and more resolutions. They’re going to bring Maeve back AGAIN, so what was the point of her death scene?

Overall, "Generation Loss" is acceptable but not exceptional. After a surprisingly strong start for season 4, this episode feels like a step back, a spiral back into bad, convoluted writing.