"This is America; everything is for sale." 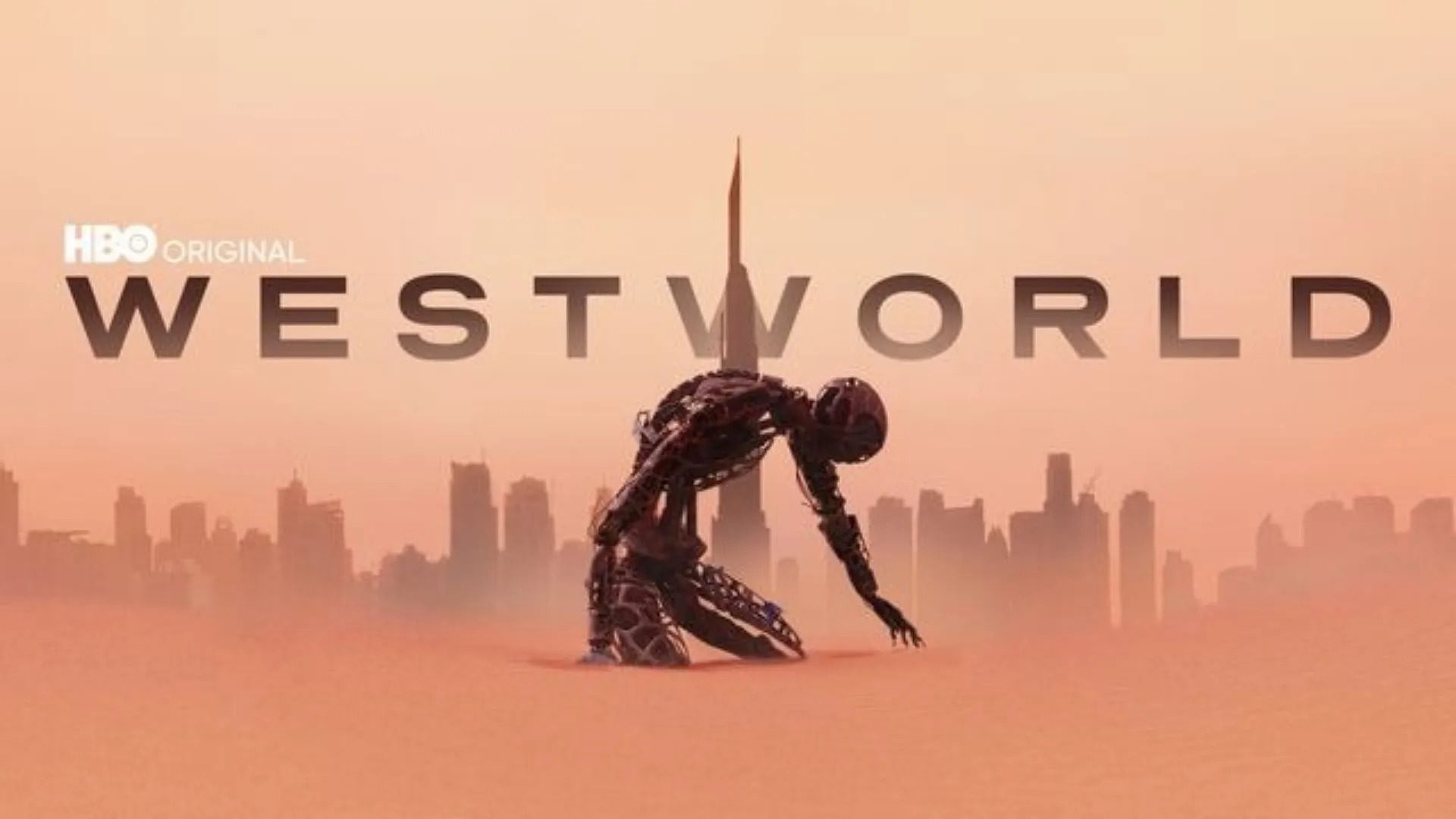 Westworld is quite possibly the most frustrating show on TV right now. Obi-Wan Kenobi was an exercise in fruitless hope, but Westworld was easily my favorite season of TV in 2016. I thought season 2 was great, for the most part, and certainly much better than some people would have you believe. However, I’ve rarely seen a property crap the bed so hard and quickly as Westworld did with its third season. It felt long, tedious, and ultimately meaningless. What had been a breath of fresh air amid the TV landscape became a chore, something I watched out of obligation and which crushed me weekly. Death means nothing in Westworld, and everybody’s a robot now anyway. I swore off this show, but here I am anyway, giving season 4 a chance I’m sure to regret. Let’s have a look.

“The Auguries” finds the Man in Black meeting with some businessmen concerning a new way to store data. He demands to buy everything they have, and the man says no, so the Man in Black says tomorrow they’ll give him everything for free. The businessman finds his house swarming with flies. When he wakes up, he kills his business partners and himself, giving the business away as stated. Evan Rachel Wood wakes up and gets dressed. She’s not Dolores, but rather a woman named Christina. Her roommate Maya (Ariana DeBose) encourages her to go on a date she has that night. Christina struggles at work as well, pitching happy stories her game publisher doesn’t want. Caleb does hard labor and debates with his co-worker the merits of the new world without androids. At home, he has a wife and a daughter he’s training to shoot against her mother’s wishes. 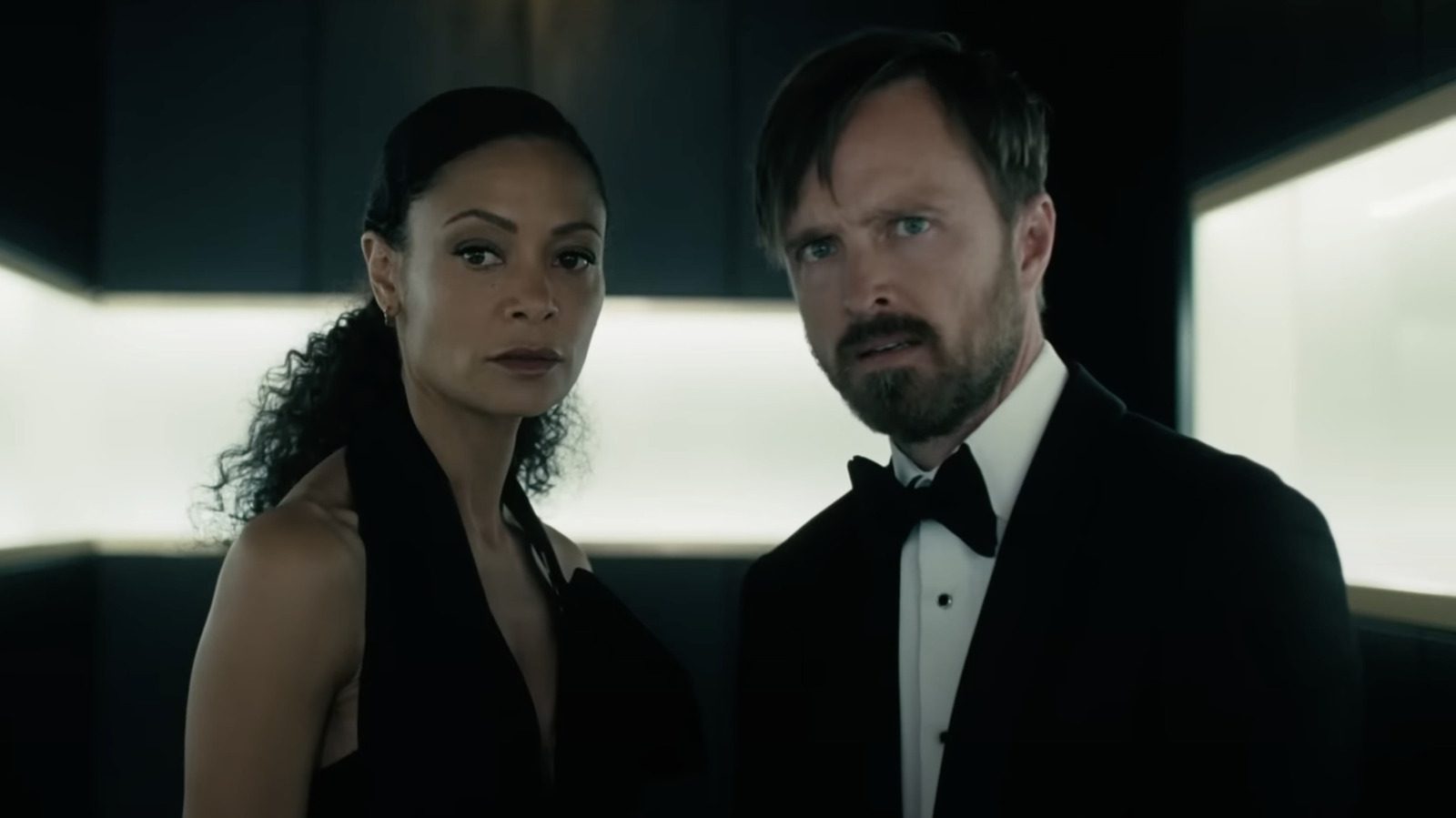 A store owner informs Maeve she has company coming. She uses her truck as a decoy, blowing up several of the men who came after her. She then proceeds to shoot several more and kill one with an ax. Maeve finds out the Man in Black is involved and burns her house down. Christina tries to get out of her date, but Maya talks her into going. It doesn’t go well, with the man saying she’s depressed and needs medication. At home, she’s approached by a man who’s been stalking her. He asks her to change her game’s ending; it tells the story of his life, and he lost his wife and job like the character in the game. He attacks Christina, another man rescues her, and they’re gone in the blink of an eye. The next day, Christina’s stalker kills himself. Caleb struggles to adapt to the simple life, with his daughter picking up his paranoia and his wife giving him a wake-up call. A strange man approaches Caleb and his daughter, but Maeve kills him, saving their lives. This convinces his wife that he’s right to be careful, but she is displeased that he plans to go off with Maeve and fight the good fight. Teddy (James Marsden) arrives at Christina’s place. 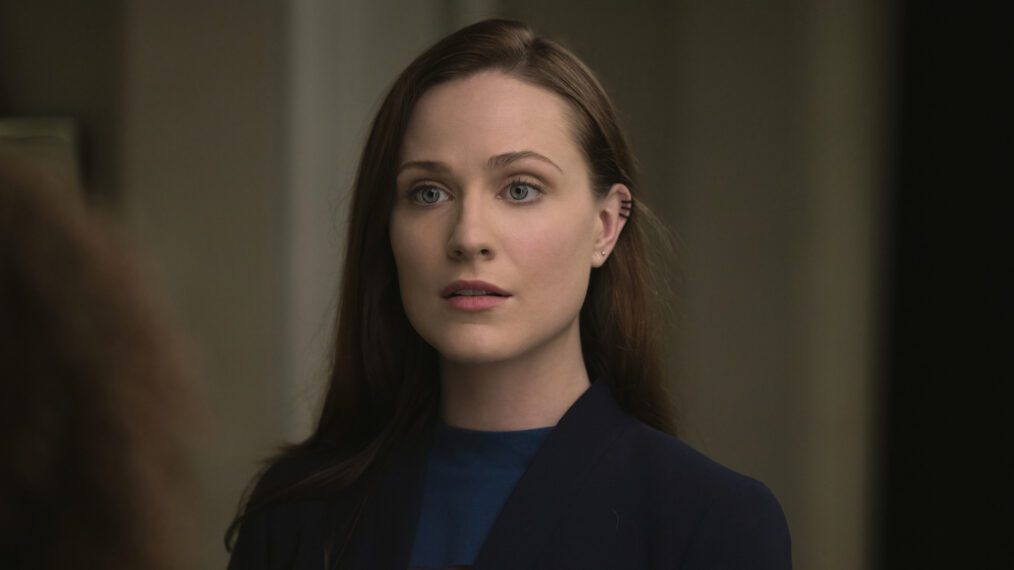 An augury is a bad omen for what is to come, so this episode’s title seems to warn that Christina and the other characters won’t get their desired happy ending. Christina is shown to be an insecure, unhappy woman with no support system outside of her well-meaning but pushy roommate. While she could have tried harder on her date, the man hardly made himself look good by saying she needed to “find the right man” or get onto antidepressants. There’s truth to those sentiments in some cases, but dude, you just met her. This is not a good look. I’m not sure framing yourself as the solution to all of someone’s problems is ever a good idea on a first date. I hope this doesn’t portend bad things for Teddy, who is essentially the perfect man. He’s loyal to a fault and fiercely good-natured. He must think Christina has more to do with Dolores than looking like her; why else would he show up? As much as I don’t want to, I wonder if I ought to have re-watched season 3 before this. I say that because I was utterly lost during William’s dealings with the data dealers. This isn’t really William, but an android clone of him revealed in season 3, but I’ll call him William for simplicity. With the way they initially focused on the shine in the businessman’s eyes, I thought he was an android until I saw William was involved. The motif of flies continues as William somehow uses them to control the man; they must be android flies. Even still, does he really think nobody will notice or care that this man killed everyone in power at the company and gifted the company to him? By the way, it’s still dumb that the real William was killed and replaced by the replicant; it’s a season 3 problem, but I’ll never get over it. 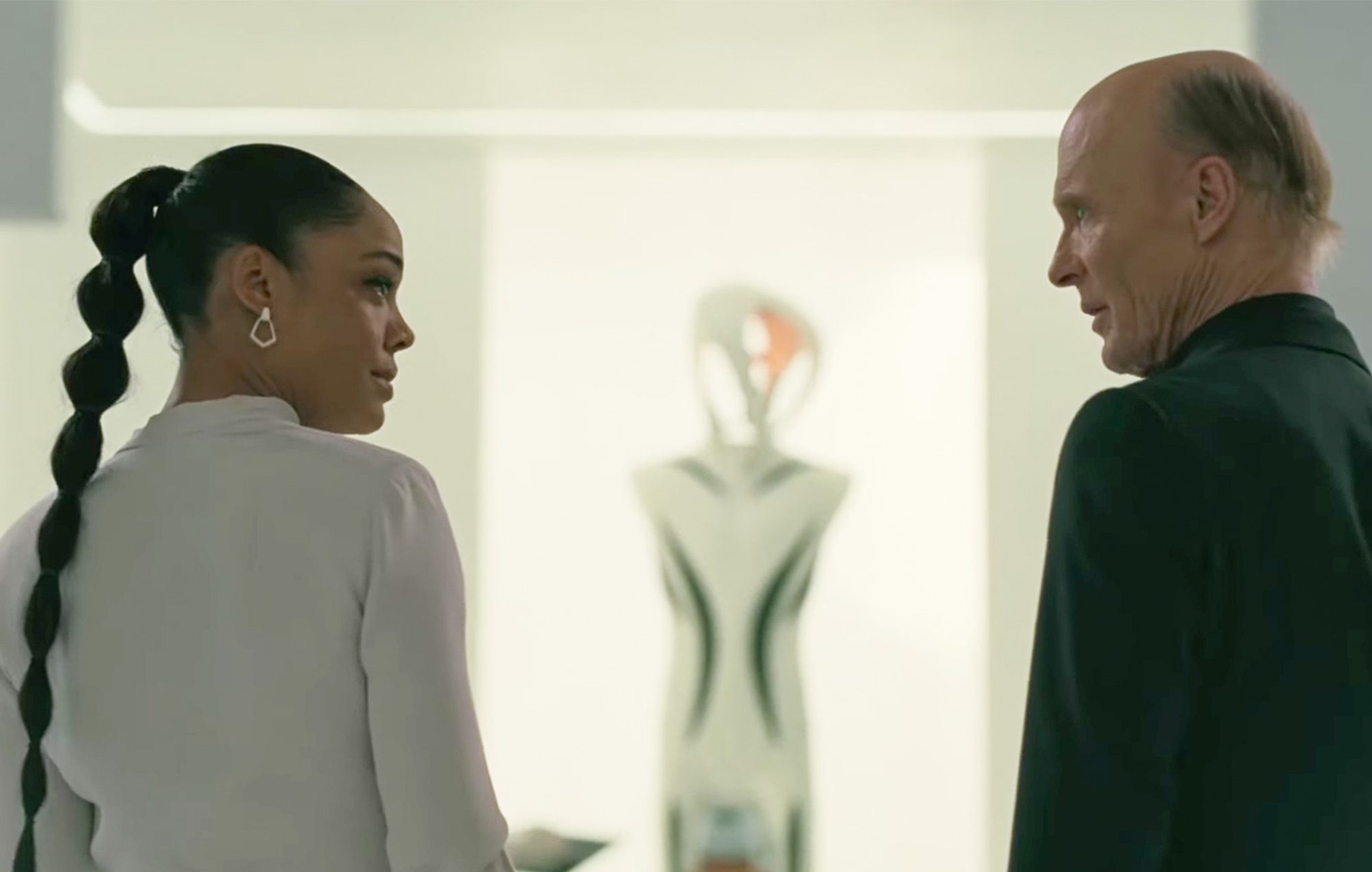 At first, I thought Caleb was with Maeve; his daughter Frankie even looks a little like Maeve’s host daughter from inside the park. I didn’t realize they were in two different places and stories until we saw Caleb’s actual wife. She somewhat resembles Thandiwe Newton’s Maeve. Does that mean something, or am I just reaching? This is another season 3 holdover, but I don’t like Maeve’s ability to find things out, like that William/Man in Black is the one sending men after her. It’s lazy and allows the writers to skip over a lot with her, making her a less compelling character. Maeve needs some adversity in her life; she’s unkillable and all-knowing. All hail Goddess Maeve? 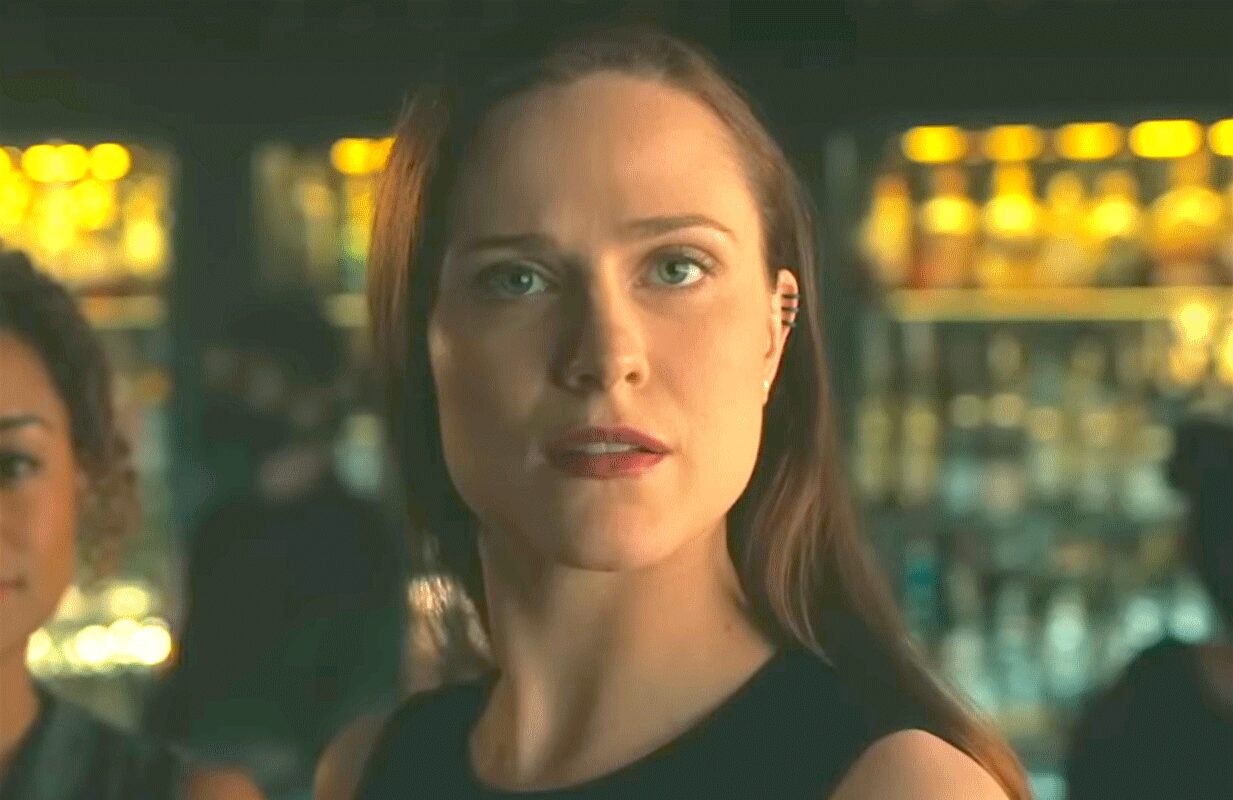 “The Auguries” isn’t perfect and has a lot of holdover issues from the crappy third season. However, I can’t hate-watch this episode like I planned because, in a vacuum, it’s good. I hate that William is a robot, Maeve is unkillable, and the Western setting is gone now. But on a technical level, the execution in “The Auguries” is above average.

The acting and set design in "The Augeries" is superb. The episode has ample character development and action. I'm still not thrilled with the show's trajectory, and I don't expect this quality to hold throughout season 4, but this is a good episode.