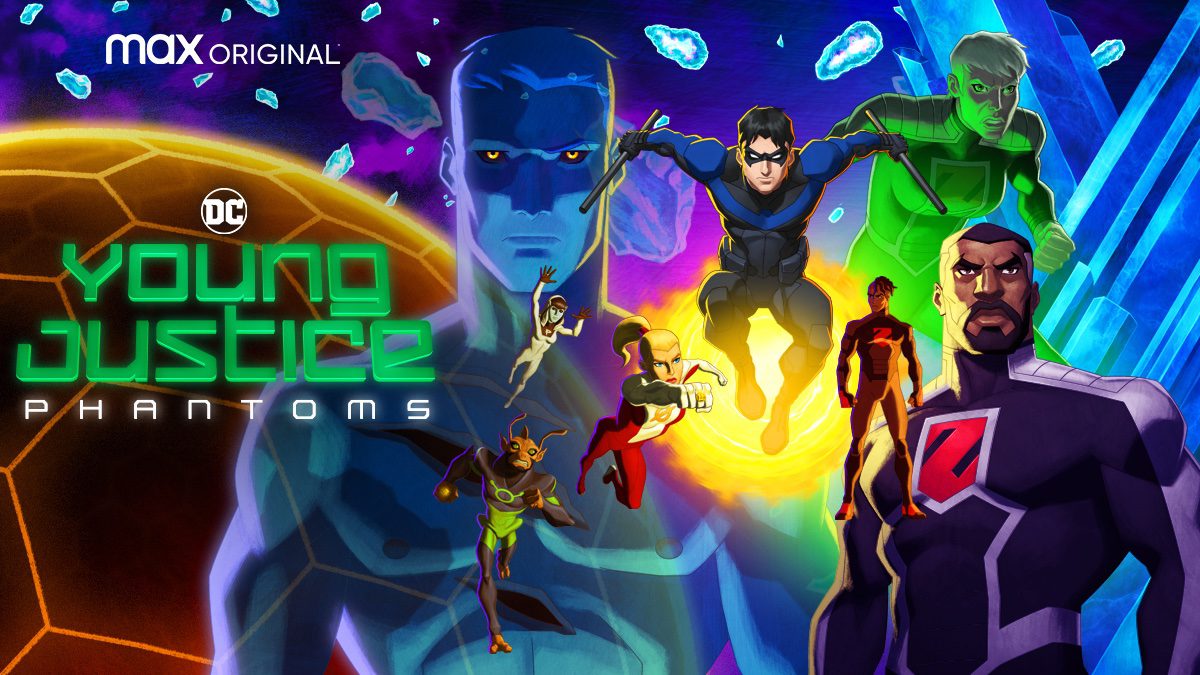 In “Rescue and Search,” Bart attempts to restrain Lor-Zoz and M’comm and stop their reign of terror. However, Lor sees what he’s doing and reacts in time to regain the upper hand. The episode then cuts to Haly’s Circus, where Nightwing performs in the guise of Dan Danger. After his spectacular act, Zatanna asks for his help in the pursuit of Conner. In the Phantom Zone, Zod asks Conner where he came from, and all he can provide is his house crest. Zatanna and Nightwing’s digging leads them to Superman. Clark can only tell them that the mysterious duo Bart left with is trustworthy. They then turn to Artemis and discover Bart took several important items from headquarters and that Saturn Girl posed as a waitress during events of Outsiders to keep tabs on them. Artemis joins them to meet with Raquel, and with her intel about the Phantom Zone projector and what she saw of the Zone, Dick concludes that Conner is alive and trapped there. They decide to trust Bart and the other time-travelers for the time being and focus on Conner. In the Zone, Conner tells Zod about the destruction of Krypton and that he killed Kal-El, the latter belief created by the Zone sickness. Phantom Girl warns Conner that they’re both in danger. Dick and Raquel recruit Kaldur to serve as an anchor to summon Klarion. However, Klarion refuses to return Zatanna’s favor by producing Conner and attacks the party instead. Zatanna compels Klarion to repay his debt, but he does so by leaving rather than releasing Conner from the Zone. M’comm discovers that the Green Lantern took the Kaiser Thrall to Oa, and, as such, Bioship heads there. The Lanterns determine that the Kaiser Thrall contains the remnants of an 11-year-old human boy.

Although there isn’t a ton of action in “Rescue and Search,” what is present is handled spectacularly well. The fight between Klarion and the gang is just mind-blowing. I love the way the animators use the changing landscape inside Fate’s Tower to keep the fight interesting. Having six characters with such different abilities helps, too; neither Nightwing nor Tigress have super powers, but their melee styles are still unique from one another. It seems a little naive of Zatanna to seriously think Klarion would help them. Sure, she did him a solid in her own story arc prior to the season’s hiatus. But Klarion isn’t an honorable entity, and he doesn’t care about the plights others face. I’m not sure why someone as smart and resourceful as Zatanna would think for a second that Klarion would present help in good faith. I guess it’s a small gripe, but while this fight was visually awesome and well choreographed, it feels like it could have been easily avoided story-wise. I guess I can’t fault her for being willing to try anything for a friend, though.

There’s some weird sexual tension between Zatanna and Nightwing in “Rescue and Search,” and I’m not sure how I feel about that. This is especially evident in the beginning when she goes to his show to recruit him. She touches his bare chest and gives him a look, and the whole thing is just uncomfortable. He mentions Oracle later in the episode; are he and Barbara not together anymore? Later on, Artemis remarks in passing that both Zatanna and Rocket have dated Dick before and should know him better than she does. This isn’t a huge deal, but I just find these interjections awkward and uncomfortable. I don’t know why they would do this unless they want to set Nightwing and one of the women (probably Zatanna) to get back together in the end. I don’t really want that or think it would be best for the story, but what do you think? I don’t remember either of these relationships in the show, so either this happened between the seasons, or I’m in more dire need of a rewatch than I thought.

Regardless of that, though, it feels great to see the gang back together again. Seeing Zatanna and Nightwing round everybody up felt like a mini “get the band back together” story, even though it was for a specific reason, and they weren’t broken up. I really hope Dick’s arc can keep the momentum up more than Kaldur’ahm and Raquel’s did. I’m still enjoying Phantoms more often than not, but previous seasons felt a little more consistent. I like the character-driven story arc approach a lot; it’s served shows like The Clone Wars very well. I was excited to hear this was how they would tell the story of Phantoms. But I think the first couple of arcs handled this much better than the last two. I just hope they can go out on a bang.

I should have known Zatanna was talking about Dick when she said she needed a detective. My mind went straight to Batman when she said that word, but this is Young Justice, not Justice League. It’s a lot of fun seeing the stories from the past arcs come together and some loose ends tied up. I really can’t wait for Conner to come out of the Phantom Zone, and the more time he spends there, the more messed up he will be. He seems obsessed with the idea that Luthor is his father (beyond the undeniable biology) and that he killed Superman. He hasn’t even thought about M’gann in a while; will he recognize her? Maybe he won’t want to go home with her after this experience, at least not at first. That’s not necessarily what I want; I love them as a couple. Their individual character growth has been just as good as their relationship, which makes it easy to care about them. Could she bear to be rejected by Conner, losing him yet again? That’s almost worse than him dying. 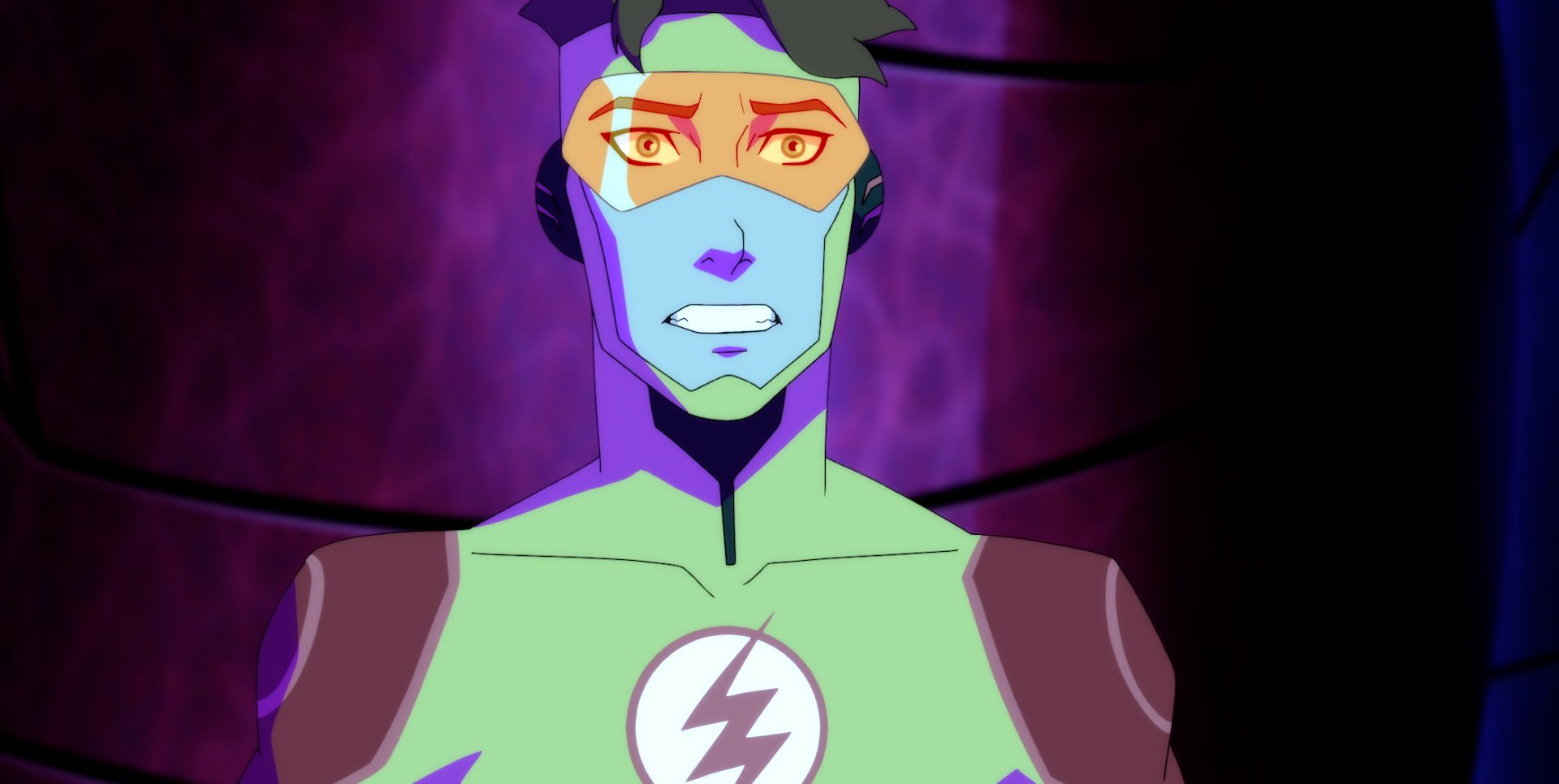 Overall, “Rescue and Search” is good. It brings the excitement you’d expect from the beginning of the end, Dick’s re-introduction is handled well, and the technical aspects are all there. The animation is amazing in Fate’s Tower, especially once Klarion shows up. Some of the character interactions are uncomfortable, and I’m not sure what they’re implying, but of course, I’ll be watching to see how it plays out.

Overall, “Rescue and Search” is good. It brings the excitement you’d expect from the beginning of the end, Dick’s re-introduction is handled well and the technical aspects are all there.