WARNING: THIS POST IS DARK AND FULL OF SPOILERS

A theme is emerging in Game of Thrones Season Seven. To quote Battlestar Galactica, “All of this has happened before, and all of this will happen again.” George R. R. Martin created a rich world that, based on the themes from this season, is stuck in a cycle of history repeating itself, often to violent ends. Each episode this season has featured callbacks to past episodes and seasons, along with epic historical events not yet seen on screen. Daenerys Targaryen asked the important question, “Will you judge the daughter for the sins of her father,” capturing the ever present theme of repetition present in Game of Thrones. These tropes are designed to prime the audience to understand that, in Westeros, the cycle of violence will continue unless current players can learn from what has come before.

This theme emerged at the close of last season, The Winds of Winter. That episode hit a climatic height when Cersei Lannister decimated Kings Landing with wild fire. The near destruction of the city was hinted at in past episodes like Season Three’s Kissed by Fire, where Jamie Lannister reveals to Brienne of Tarth that he killed the Mad King Aerys Targaryen to prevent him from destroying Kings Landing with wild fire. The Season Six episode, Blood of My Blood, further drives home how close Kings Landing came to burning under King Aerys’ reign with Bran Stark envisioning his madness. Game of Thrones shows how destruction was doomed to happen regardless of anyone’s actions. The Winds of Winter sets viewers up to understand that, as the inevitable war with White Walkers grows closer, characters may be doomed to fulfill cycles, leaving Westeros ripe for the taking. 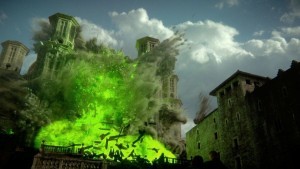 The theme of cyclical events is even more apparent in our newest season, showing up prominently in Episode One, Dragonstone. In a rare cold open, the show helps to impress upon viewers’ minds the repetitive nature of history. The incredible scene of Arya Stark destroying house Frey in an amazing demonstration of her assassination prowess drives this point home. Arya is able to murder all the major players from the minor house by impersonating Lord Frey and breaking guest rights. “When people ask what happened here, tell them the North remembers. Tell them winter came for House Frey,” Arya says as she sends her regards to lords she poisoned. Her actions bring viewers back to the pinnacle episode of Season Three, The Rains of Castamere, and the infamous Red Wedding. Arya’s family was murdered in a violation of guest rights. Now, the wheel of history has turned to crush house Frey. There can never be peace as houses struggle against each other.

The point is driven home further when Daenerys Targaryen arrives at Dragonstone with her three dragons, ready to conquer the continent. The arrival of Daenerys and her troops is literally history repeating itself as she follows in the footsteps of Aegon I Targaryen who conquered Westeros with three dragons of his own. “Aegon the Conqueror brought fire and blood to Westeros, but afterward he gave them peace, prosperity, and justice,” says Daenerys in a Storm of Swords, setting up viewers to understand that she could be another Targaryen conqueror who could bring peace or destruction. These two scenes serve as fantastic bookends for the episode. 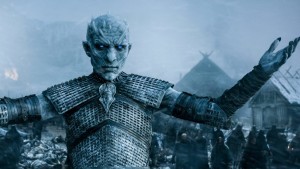 Reoccurring themes are made even clearer in Episode Two, Stormborn. Daenerys has the pleasure of meeting the red priestess Melisandre, who informs her of the legendary Prince (or Princess) that was promised. Melisandre tells Daenerys that “[o]nly the Prince who was promised can bring the dawn,” explaining how the legendary figure will once again fight the White Walkers leading Westeros to victory. Melisandre’s promise of this mythical warrior helps in cementing a tone of cycles, reminding viewers that the White Walkers have been defeated before and there is the potential that they can be defeated again.

An even stronger theme of historical cycles is demonstrated through Sam Tarly’s decision to remove Jorah Mormont’s greyscale in an attempt to save his life. Sam’s decision is a direct result of Jorah’s father, Lord Commander Jeor Mormont ordering Sam to live during their excursion North of the Wall in Season Three. This moment is important because, while it is an example of events occurring in repetition, it offers a glimmer of hope in creating the survival of a fan favorite character.

These call-backs to past episodes become even more apparent when Arya meets her direwolf, Nymeria, only to leave her again. Arya whispers “That’s not you” in a sly reference to a scene from Season One where her father, Eddard Stark, says the same to her. These scenes, again, work to prime viewers to understand that Season Seven of Game of Thrones is centered on a theme of cycles, and the question of whether it is possible to break free. Game of Thrones‘ most recent episode, The Queen’s Justice, leaves doubt that this is even possible. 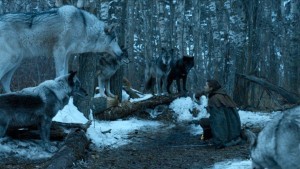 The Queen’s Justice offers the strongest evidence that history will repeat itself yet, resulting in a kingdom of ashes. In this episode, Cersei finally gets her hands on Ellaria Sand, the woman responsible for killing her daughter. The “mad Queen” deals out poetic justice in a way only she knows how, literally repeating history. “We all make our choices,” says Cersei as she plants a poisonous kiss on Tyene and leaves her mother Ellaria to watch “the long farewell” of death. Ellaria is forced to live out Cersei’s worst fear, watching her daughter die and turn to dust before her eyes.

In another perfect example of mirroring history, Lady Olenna manages to call back to the death of Joffrey, a murder she was directly responsible for.

“I’d hate to die like your son. Clawing at my neck, foam and bile spilling from my mouth, eyes bloodred, skin purple. Must have been horrible for you, as a Kingsguard, as a father. It was horrible enough for me. A shocking scene. Not at all what I intended. You see, I had never seen the poison work before. Tell Cersei. I want her to know it was me.”

Lady Olenna boldly confesses before she drinks her cup of poisoned wine, directly mirroring the death of King Joffery. Like Cersei and the Sand Snakes, Lady Olenna, in a display of amazing dramatic irony, helps history to repeat itself. The Queen of Thorns’ death can serve as yet another reminder that in Westeros, events appear to be bound to tracks. 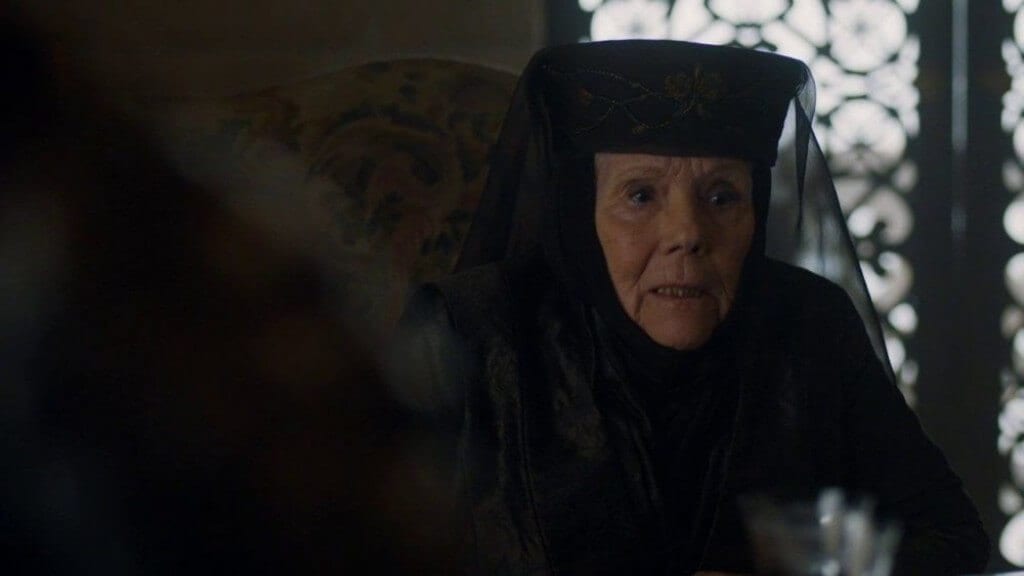 There is some hope for Westeros, however. Sansa Stark seems to have learned from the mistakes of others, repeatedly telling Jon Snow not to make the same foolish mistakes as their father. Jon has also managed to travel south and, in a break of tradition, not be murdered like his father, uncle, and grandfather. Daenerys also seems to be opening up to the idea of change, and could potentially team up with Jon without making him bend the knee. As she said in the Season Five episode Hardhome: “I’m not going to stop the wheel, I’m going to break the wheel.”

As Season Seven unravels, it will soon be revealed whether characters can learn from past mistakes. Given the theme of cycles, Game of Thrones is likely going to end the way it began. It would be brilliant storytelling to close with the opening scene from the pilot episode of Game of Thrones; common folk fleeing the White Walkers. In Westeros, history is a wheel and this would be the perfect way to mark the end, and the beginning, of the story.