Video Games Taught Me to Sing 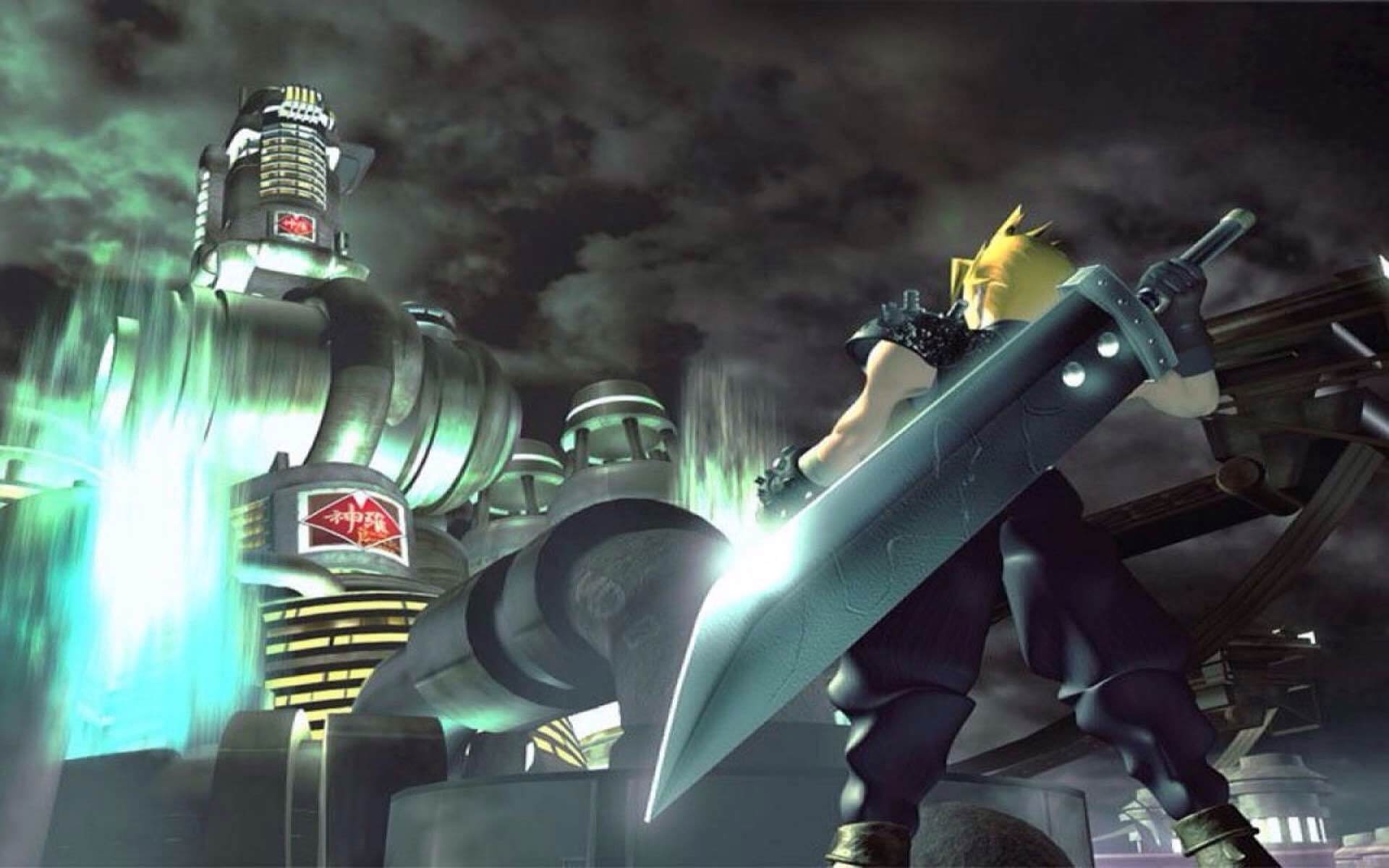 At the outset of writing this, I should begin with a small personal anecdote: a significant amount of my own inspiration as a musician and composer has come from playing video games.

To this day I remember as vividly as ever one of the most powerful visuals I have ever seen: a scene from Final Fantasy VII in the City of the Ancients, where Sephiroth appears out of nowhere to ram his sword clear through Aeris’ back and into the ground beneath her. The player is forced to watch the cut-scene, powerless to do anything about the impending and eventual death of one of the games’ most beloved, kind and self-sacrificial characters. As Sephiroth looks up and pulls his sword out, the embodiment of cold indifference, Aeris falls face-first toward the ground. But before she lands on the pillar she was praying on – essentially an altar – she is caught by Cloud, the main character and concurrently growing mutual love interest of Aeris.

He calls her name,

Cloud then shakes her and, after continued irresponsiveness from the one he has grown to love, says exactly what I thought (and still think after replaying) at this point:

But it was entirely “real,” and is still more real than it ever was. 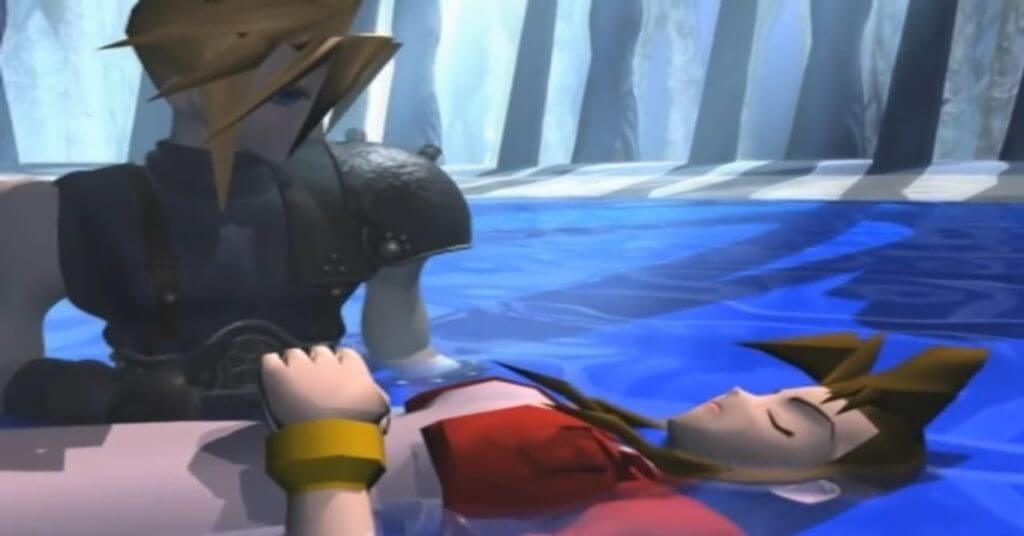 The visual is a gripping one, but what really makes the scene for me is the music that plays as Aeris dies. It’s a theme which is indicative of her softness, her sweetness, and her innocence, all qualities which were used as strengths in the game. It is also the same theme which is played when Cloud (and the player) first meet her.[1] The music thus serves as a type of inclusio: how she begins and ends in the story (musically) is nearly identical, with minor variation in tone and instrumentation. To my thinking, Nobuo Uematsu – the composer of the game’s soundtrack – made a bold choice in reintroducing this leitmotif, [2] as the tender musical association of her introduction to Cloud runs the risk of being overshadowed by the appropriation of the selfsame theme at the sorrowful event of her death. Bold choice or not, the effect was instrumental in creating a scene in video game history which has since become immortalized by fans of the series, and virtually all of the FFVII fans I have met still lament the day Aeris died.

In truth, I don’t understand why anyone could fail to see the reality that gamers can have legitimate emotional responses to in-game events. These responses are in many cases compounded by musical content which establishes itself as an entirely necessary part of the story’s progression, as in the example given above. I don’t understand it, because even those who don’t consider themselves hardcore moviegoers usually can recognize, whether said out loud or not, that the soundtrack is an integral part in establishing the progression of a movie, both as a whole and in its individual parts. If you’re not sure whether this is the case, simply consider watching Star Wars without the Imperial March or the theme during the opening scroll. Yet as far as I have seen it’s almost always the hardcore gamers who acknowledge the effects that music can have in manipulating the player’s emotions to achieve as close to the appropriate response as possible in light of the game’s unfolding events, while those individuals who have until now remained largely outside of the influence of console gaming just don’t get it. 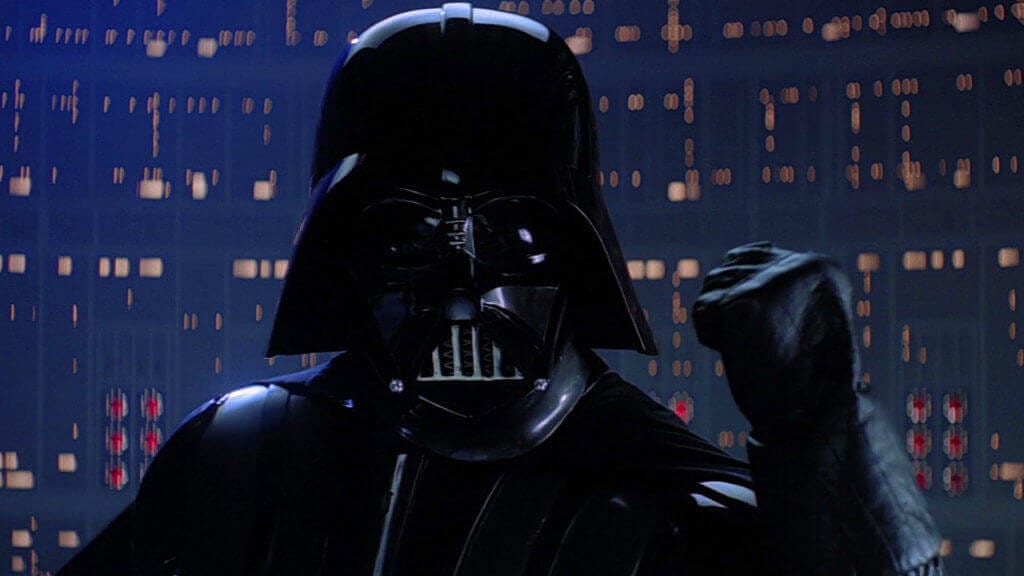 It’s important to note firstly that there are exceptions to this, as in the case of individuals who find themselves, incidentally, going to concerts in which video game soundtracks are performed (as in the case of video games live), but I believe it is a general rule. Secondly, individuals can be affected by musical content in a movie without necessarily acknowledging it is the music causing the response. Additionally, in the case of non-gamers, I don’t hold it against those individuals for not knowing the value of something for which they have little to no context, or for that matter an outdated context, or even one which is unaware of the role of genre in the creation of console games.[3]

One explanation for the disparity in appreciation among gamers and non-gamers with regard to video game soundtracks can, therefore, be explained by the fact that the former have had common experiences from a common reference, while the latter have not had the opportunity to, whether by choice or not. Drawing on my previous example, we would have to similarly say that while an individual could potentially appreciate a movie soundtrack for its inherent musical value, it is not until one has seen it within the context for which it was written that he/she could appreciate its full potential for tugging at the proverbial heartstrings.

Though the medium changes, the fact remains that the addition of music to visual media can help to aid the player/viewer to achieve the emotional responses intended by the developer/director. In some senses, a video game can have an even greater effect on the player than a movie can on the viewer, as the stakes are usually higher. More specifically, to a large degree, the player is the main character, as the events that happen in-game, both good and bad, weigh directly on his or her progress. This means that the player has the unique ability of being – to varying degrees – the narrator of the story. It is possible to watch someone lose the World Series of Poker without feeling deeply uncomfortable at the loss, but not until someone actually loses a fortune in reality can the thought occur, “Dear God, I’ve just pissed away all of my savings…” The stakes were greater, therefore so was the effect. 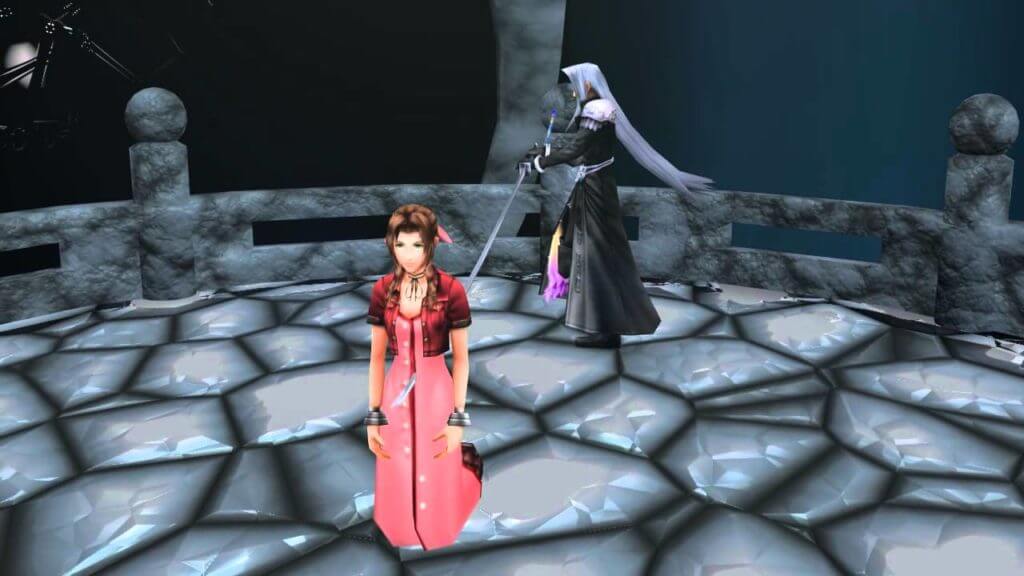 This brings me back to my childhood experience of playing FFVII: the game convinced me that I was the narrator and main character; that is, I was in control. But I know how the story ends, and no matter how hard I try Aeris will always die (unless, of course, I choose not to progress to that point in the game). The music, in connection with what I saw on screen, made me feel the stakes all the more, as one who was supposed to be in control. I believe there are countless more experiences like this among gamers and know there are for myself in particular, but I think it would be best to let them speak for themselves. I’m also not sure that is something which can be quantified or needs to be. But I believe the unique challenges of a video game soundtrack when met with success, require nothing short of the praise accorded to composers of the Classical tradition, or more closely the cinematic tradition. That might immediately seem like a scandalous statement, but I don’t believe that just because the musical tradition in the West has in large part moved from the music halls to the TV and computer screen this makes it any less dignified or sophisticated an art. In fact, we could say that, due to its unique challenges, a video game soundtrack can be more sophisticated than its musical forbears, if we use “sophisticated” as synonymous with “complex.”

In a time when orchestras have struggled to remain relevant, and where downsizing has been the answer to upkeep costs; where historically popular and expressive forms of music such as Jazz appear to be outside the lines of common knowledge, and where music is reduced to its lowest common denominator of what is marketable and “meant to repress and neutralize brain,”[4] the stakes appear to be higher than ever, and we should encourage our musical traditions where they can be found. For many individuals in the world today, that place is in the playthrough of a video game.

[1] She is first introduced visually at the well-known opening sequence, though it is not clear at the time whether she will play a significant role in the game.

[3] I say “little to no” because I think that there is nearly always a pre-existing context for how someone views video games in modern society (for the sake of this article American) if we consider that video games are now as common to the average American as movies are. For previous generations, the context is usually Super Mario Bros., Frogger, or a more primitive game with 8-bit soundtracks, which, though fun, do not necessarily provide the degree of storyline you would find in a typical RPG.