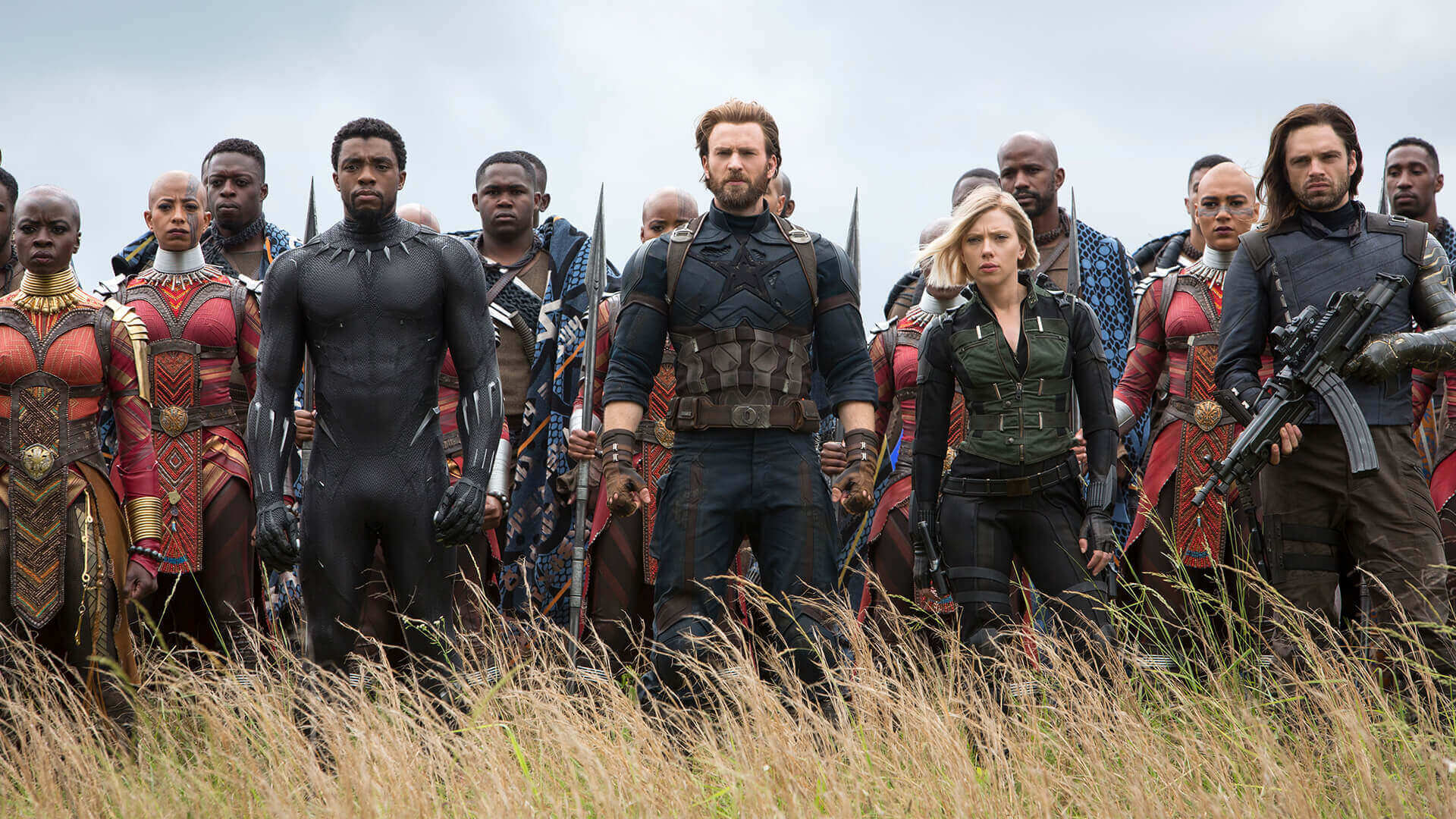 2018 has been an outstanding year for superhero movies. The number of these films being produced every year continues to increase, making it hard to watch all of them. What needs to be praised for 2018 specifically is the diversity in their styles. The standard action superhero movie is still alive and well, but it’s clear with this set of films that the genre is being pushed forward in a meaningful way. We got different styles of comedy that range from romantic to full-on parody. Certain narratives are beginning to inject insightful social commentary that resonates with fans. There are even two anime films on this list. They represent a style of storytelling that a lot of superhero movie fans might not be familiar with.

15. Once Upon a Deadpool

The PG-13 version of Deadpool 2 had the best of intentions but landed up failing in effectively capturing the feeling that the R-rated version gave. The movie is re-edited and includes a few scenes that weren’t in Deadpool 2. These scenes are actually quite funny, but they kill the pacing of the movie by jumping in and out of the story. There are chunks of the film missing, and it’s clear when ADR dubbing changes the dialogue to something PG-13. Trying to turn an R-rated film into something kid friendly is always going to be a challenge, and this is an unfortunate reminder of that.

Sony’s attempt at creating a Spider-Man universe without Spider-Man came off to a rocky start with Venom. The film created a compelling dynamic between Eddie Brock and Venom, but the movie surrounding them was mediocre at best. The generic villain, horrible dialogue, and inconsistent quality of the CGI make it hard to qualify Venom as anything more than a somewhat entertaining popcorn flick.

Marvel’s latest installment of the MCU is two hours of fun. Paul Rudd returns as Ant-Man and brings the comedic charm that made the first film a joy to watch. The addition of the Wasp swings this into romantic comedy territory, in which Paul Rudd thrives. This is a solid film that plays it too safe to leave a lasting impact with its audience. The unfocused narrative and weak villains don’t help its case either. Ant-Man and the Wasp is bound to be looked at as “just another entry” in this larger universe.

Batman Ninja is a film that has no idea what playing it safe means. This re-imagining of Batman and his rogues’ gallery set in feudal Japan is an ambitious project. It was put together by some big names in the anime industry, including Kazuki Nakashima, who wrote the script for Gurren Lagann. His larger-than-life concepts appear in this film in the most hilarious ways. At one point, the Joker, Deathstroke, Penguin, Poison Ivy, and Two-Face combine their giant robots to create a Voltron-style super villain mech. Everything about this movie is a complete mess, but it’s SO entertaining.

I didn’t know what to expect when I went to watch Teen Titans Go! To The Movies, but I was really surprised. This film is hilarious. Even the casting choices made me laugh because they shouldn’t have worked as well as they did. Will Arnett as Deathstroke, Nicolas Cage as Superman, and Lil Yachty as Green Lantern make for some interesting choices that all paid off. There’s also a small bit involving Superman and Kryptonite that made me lose it in the theater. This film works as a great parody for other superhero movies. It leans in on the common tropes of these movies and even manages to sneak in a Stan Lee cameo.

My Hero Academia is one of the biggest anime franchises going today. To capitalize on its growing popularity, this movie was made. There’s nothing particularly creative about the plot, but it gave these characters a platform to show why so many people love them. Watching Deku and All Might fight side by side during the final battle is worth the price of admission on its own. It’s a special moment that brilliantly defines what My Hero Academia is all about.

I still have a bad taste in my mouth from the live-action Suicide Squad, but luckily, Suicide Squad: Hell To Pay does enough to make up for it. This is a bloody and extremely violent film that sets the tone in the opening scenes. Deadshot is essentially the main character here, and his relationship with Bronze Tiger adds a layer to the story that I really appreciated.

Aquaman was a surprisingly enjoyable film. James Wan’s vision brought Atlantis to the big screen in a way I never would’ve imagined. The visuals are breathtaking, and the action is dynamic. Both of the villains are also well executed. Despite some of the acting, musical, and narrative shortcomings, Aquaman manages to be an epic ride with a third act that delivers on all fronts.

The highly anticipated sequel to The Incredibles was a worthy follow-up. This time around, we see the characters explored in a much different way. I enjoyed the different character arcs that were playing out simultaneously. The action sequences are high-octane, and they include the most unique fight I’ve seen all year; Jack-Jack vs. the Raccoon was a hilarious and surprisingly intense encounter. The only thing working against Incredibles 2 is how predictable it is, but overall I think it’s better than the first.

It took a decade of MCU films before Thanos finally arrived, but it was worth the wait. Considering the track record that the MCU has with villains, I couldn’t help but be nervous about how they would portray him. I was impressed with how much depth there was to his character, and how they took time to explain his philosophy. All of these heroes teaming up trying to take Thanos out created some great action sequences. The final moments of Avengers: Infinity War left people stunned and excited about what’s next to come.

5. The Death of Superman

Everyone knows the story of Superman vs. Doomsday, and this movie presented my favorite version of it. This is the best the Superman character has looked in a very long time. Watching Superman balance being a hero with his growing relationship with Lois Lane created a great emotional core for the film. By the time the fight begins we all know what’s going to happen, and that makes it even more heart-wrenching. Superman’s final interaction with Lois captures the essence of what the Superman character represents. The fight itself is intense and everything I wanted it to be.

This is an Elseworlds story that pits Batman against Jack the Ripper. The storytelling here is what stands out. The beautiful screenplay and the decision to emphasize Batman’s detective skills is something I feel is lost in modern Batman stories. This movie also includes my favorite version of Selina Kyle. She’s an amazing character that constantly surprised me with her decision-making. Batman: Gotham By Gaslight is a fantastic Batman story that left me wanting to watch it again.

Once Upon a Deadpool was a failed attempt to recreate this movie, but the real thing is fantastic. Deadpool 2 is a hilarious film. The jokes are just as crude and vulgar as they were in the previous movie. I love how the comedy is constant, but once the movie shifts to a more dramatic tone it still has an emotional impact. The scenes with Wade and Vanessa are genuinely touching and make me hope that they continue to reference that relationship in future movies. Deadpool 2 also has the funniest scene of 2018; the skydiving scene with the X-Force had me out of seat laughing.

Black Panther does a great job of being a good movie first and a good superhero movie second. At times, it felt as if some of the superhero movie tropes weren’t there by choice. Ryan Coogler had a story to tell and a world to build that meant a lot more than over-the-top action scenes. These characters are deeply rooted in their philosophies and have plenty of layers for the audience to digest. The political questions that T’Challa has to answer lead him away from Wakanda’s traditional stance of isolationism. Killmonger is easily the most complex villain in the entire MCU. His character is a commentary on the frustration of the African-American experience. I loved every minute of Black Panther.

1. Spider-Man: Into the Spider-Verse

Spider-Man: Into the Spider-Verse is the best superhero movie of the year. I love how ambitious the film tries to be. The animation is unique and absolutely gorgeous. It felt as if a comic book actually came to life. This was my introduction to the Miles Morales character, and I like everything about him. He’s from a side of New York that I’m familiar with, and I appreciate how New York culture is part of his identity. Each of the other Spider-People stand out in their own way. They all have a unique style of humor, and they mesh well together. This film also does a better job than any other Spider-Man movie at understanding what it means to be Spider-Man. He represents the average person and symbolizes that anyone can be a hero. This movie never loses sight of that message.