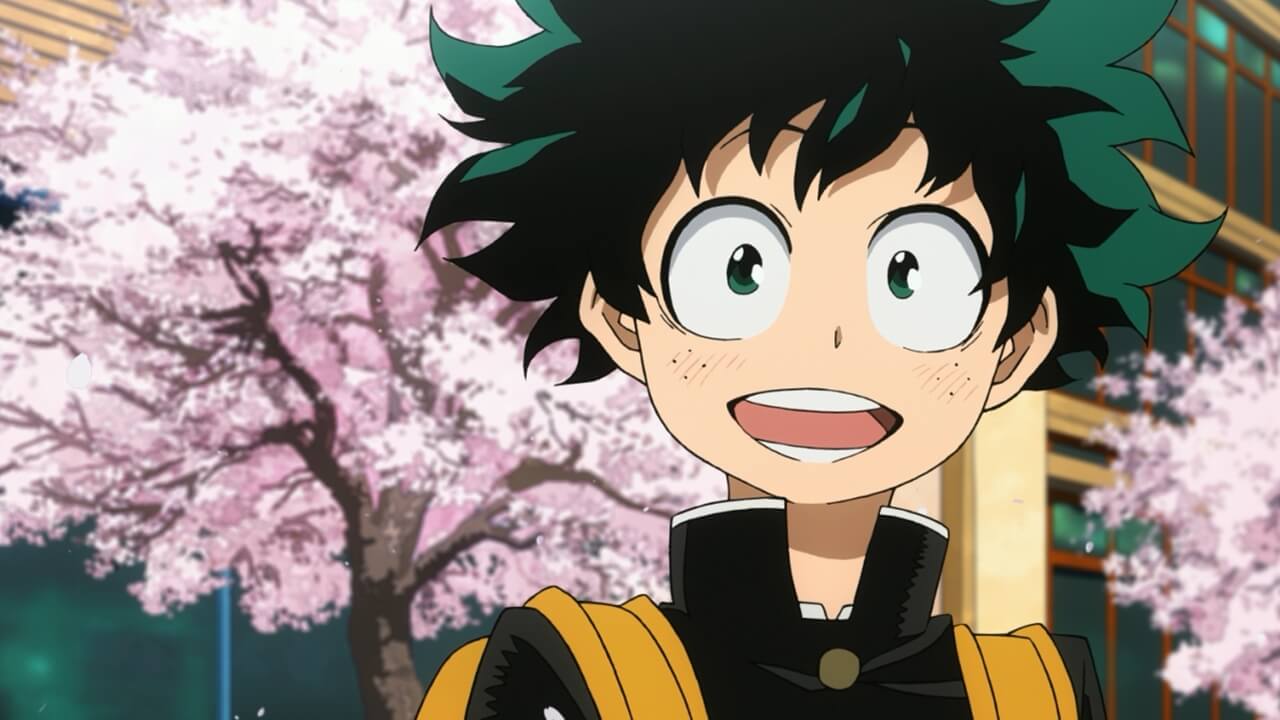 I always feel like I have to proceed with caution when I start a new action/adventure anime. This is especially true when it’s being adapted from an ongoing manga that has no intentions of ending anytime soon. The common pitfalls of these longer-running anime usually mean I skip them, but this time I decided to roll the dice and give it a chance. I am so glad I did because if I had passed on the opportunity to watch My Hero Academia, I would’ve been missing an anime that has true potential.

My Hero Academia follows Izuku Midoriya, who lives in a world where roughly 80% of the population has developed superpowers that are referred to as quirks. People with quirks tend to grow up with the dream of becoming a hero. Midoriya is obsessed with being a hero, but he never developed a quirk as a child. After a fated encounter with the legendary All Might, Midoriya begins to tell the story of how he becomes the greatest hero in the world.

My Hero Academia season 1 serves as an introduction to this world. Because of that, there isn’t too much going on here. We’re introduced to the main characters, the world they inhabit, the setting in which most of the series will take place, and a taste of what kind of action we can expect from later seasons. This first season used every episode as an extremely effective way to lay down the foundation for the future. They manage to cram a lot of information into these 13 episodes, making it so that they don’t have to backtrack and explain themselves down the road. The aspect of the world I found to be the most fascinating is the role that the heroes actually play. Being a hero is a profession, and they get paid to protect people from villains that show up and cause trouble. These heroes are like celebrities to the general public. The top heroes are determined by a ranking system that is based solely on popularity. 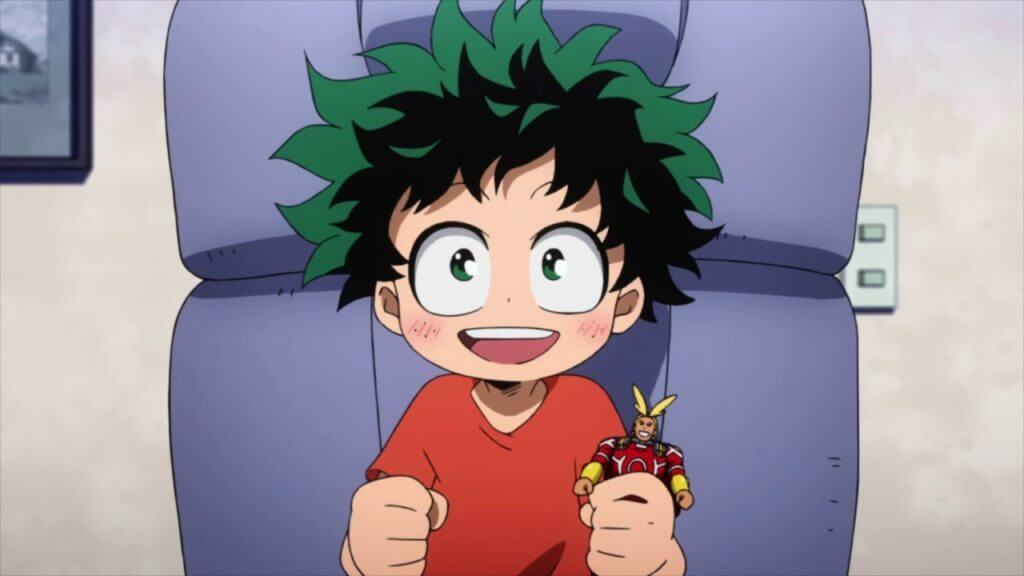 Understanding the relationship between heroes and society helps us figure out what motivates our characters. Everyone has their own idea of what being a hero means. To some it might mean being rich and famous; to our main character, it means so much more. Izuku Midoriya grew up idolizing heroes, despite knowing deep down he would never become one because he doesn’t have a quirk. But that never stopped him from helping people. Even if a villain with an extremely powerful quirk shows up, Midoriya will run in and help if it means saving someone. What separates him from other similar characters is that he isn’t a complete idiot. Midoriya is obsessed with heroes, to the point where he takes notes and studies their moves. This means that while he might not have the physical ability to put them into practice, he’s smarter and more resourceful than a typical person, a skill that comes to define him during this entire season, and makes everything he does an absolute triumph.

Midoriya loves heroes, but there is no one he admires more than All Might. All Might is the number one ranked hero in the world and is clearly the most powerful of them all. When I say All Might is strong, I really mean it, and it doesn’t take long for us to realize exactly how strong either. In episode 2, he punches a villain so hard that clouds start to form and it begins to rain. His strength may be absolutely ridiculous, but that’s not what draws Midoriya to him. All Might and Midoriya have the same idea about what it means to be a hero. This makes their initial meeting something special.

The other main character is Midoriya’s childhood friend, Katsuki Bakugo. Their relationship is a bit odd and calls into question why Midoriya would even consider him a friend. Bakugo has aspirations of becoming the greatest hero ever. When he was young he developed a powerful quirk, and it changed him; as people constantly told him how amazing he is, he started to believe it. With that came a certain sense of entitlement that he carries around to this day. He also has an unbelievable amount of pride, and truly believes no one in the world will be better than him. This unrelenting drive to be the best is what motivates him as a character, but the way it manifests itself isn’t always the nicest. 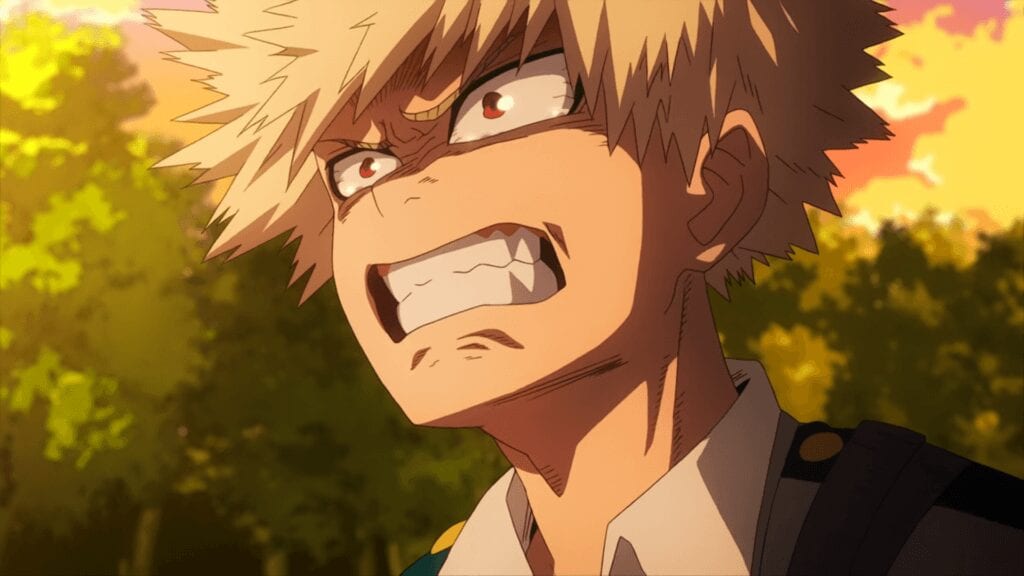 Bakugo looks down on people he deems to be weak while refusing to be looked down on himself by anyone. This reveals his insecurities because he quickly becomes frustrated when he’s challenged in any way. Midoriya being weak makes him a target of Bakugo’s judgment, but seeing Midoriya getting stronger makes him upset. Bakugo is a fascinating character because once you realize his unique perspective on life and what being a hero means to him, his actions begin to make a lot of sense.

Midoriya, All Might and Bakugo are the main focuses of this season of My Hero Academia. During the opening song, we are introduced to a ton of characters, but they don’t appear until the second half of the season. Even when we do see them on screen, the audience barely spends enough time with most of them to understand anything about their characters. I actually feel this a strength of the series; we know that, as the story progresses, a lot of these characters will become more important, so it makes more sense to spend the early part of it focusing on a select few.

This leads me to the plot structure of My Hero Academia, which is simple and very effective. The first four episodes are the prologue; they allow us to get to know Midoriya’s character and get a better grasp of what this story is going to be. The next six episodes give us an inside look into what is likely going to be the primary setting of the anime, U.A. Academy. U.A. is the top high school students go to when they want to learn how to be a hero. This is where we meet the rest of the main group of characters, including the faculty of the school and Midoriya’s classmates. The last few episodes introduce us to the main villains. Not much is known about them, but their entrance creates a brilliant ending to the season that delivers on all fronts. 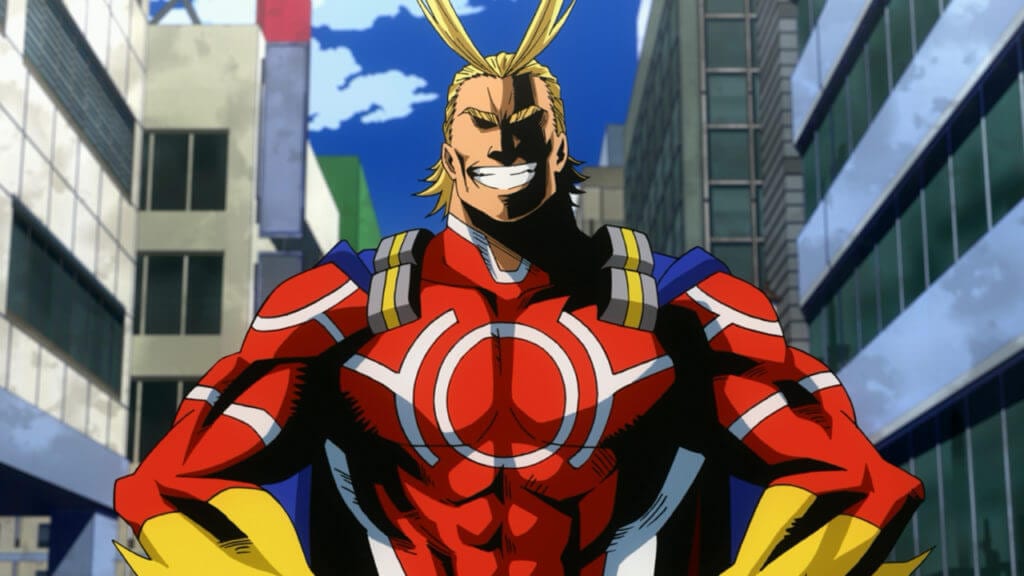 Everything on the technical side of My Hero Academia is very good. Bones is the studio that makes the series, and they do a fantastic job. This is the same studio responsible for anime like Fullmetal Alchemist: Brotherhood and Soul Eater. The colors here really do pop out at you. Everything is so vibrant and imaginative, especially when we start to see the different hero costumes. There’s also some really heavy shading on the drawings; this becomes apparent whenever All Might shows up. The fights are also really well done. The animation remains consistent, especially during the big fights that happen at the end of the season.

I absolutely love the music in My Hero Academia. The faster-paced tracks elevate every single action sequence. Most of these tracks are downright inspirational when combined with the scene to which they’re attached, making what might be small victories come across as life-changing accomplishments. My Hero Academia’s ability to continuously create these moments without them ever feeling forced is a testament to how great the music is. My favorite tracks are played when All Might is on screen; his theme gives you the feeling that the hero has arrived to save the day. The opening song “The Day” also deserves some praise for being an appropriate tone-setter for every episode.

The voice acting is one of my favorite aspects of My Hero Academia. Justin Briner as Izuku Midoriya is amazing. His tone is somewhat whiny, but he speaks with such conviction that his energy is infectious. Clifford Chapin is also really good as Bakugo. It’s not easy to keep the level of intensity that Bakugo exudes on a regular basis, and his delivery is assertive and condescending in the best possible way. Christopher Sabat as All Might is my favorite. All Might switches between his hero form and his normal form at times during the series. While he’s in his hero form, his voice is over the top. He spouts cheesy one-liners in the same way a silver age American superhero would. When he’s in his normal form, the character becomes a bit more grounded. All Might sounds worn out; this is also when we get vulnerable moments with the character, some of which gave me goosebumps. The level of sincerity in the delivery of these lines makes you believe it because you can feel that he does. 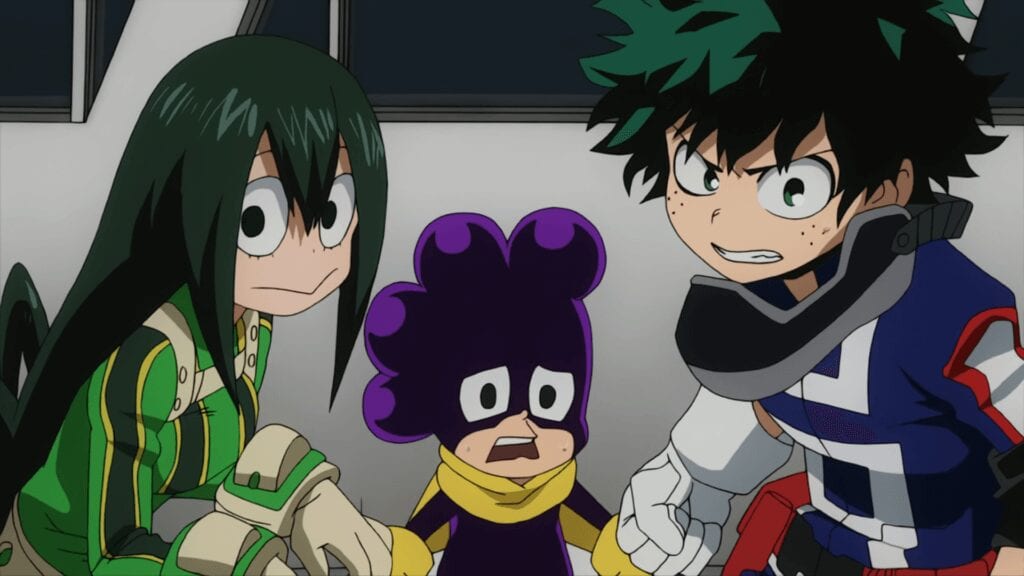 This great voice acting extends to all of the supporting cast too. Everyone’s voice fits the appearance of their character perfectly, and they all sound unique. This is largely due to ADR Director Colleen Clinkenbeard. I imagine there was a lot of thought that went into some of the more nuanced aspects of these voices. For example,  there’s a character named Tsuyu who has a quirk that gives her the abilities of a frog. Monica Rial is able to beautifully convey the frog part of Tsuyu’s personality in her voice, without it ever becoming overly ridiculous; there’s a perfect balance that I feel was likely sculpted through trial and error.

Overall, My Hero Academia season 1 is a great start to what I believe is one of the better action anime I’ve seen in a long a time. The characters are so good that it’s hard to pick a favorite. The story is clearly in its infancy, but still gives enough thrills to keep its audience engaged. The voice acting is outstanding from top to bottom. The music allows the series to hit emotional highs without it ever feeling forced. By the time we get to the season finale, we see all of these pieces working at their best, creating one of the most epic final three episodes in any anime. There’s still room for this series to improve too. With a lot of the explanations out of the way, I expect season 2 will be a bit more fast-paced. If you’re a fan of action anime, then this is a must watch.

My Hero Academia is a simple and extremely enjoyable action anime. It has a fantastic cast of characters with voice acting that separates it from its competition.