Home  /  Entertainment  /  Movies  /  Putting the Super Back in Superhero

Putting the Super Back in Superhero 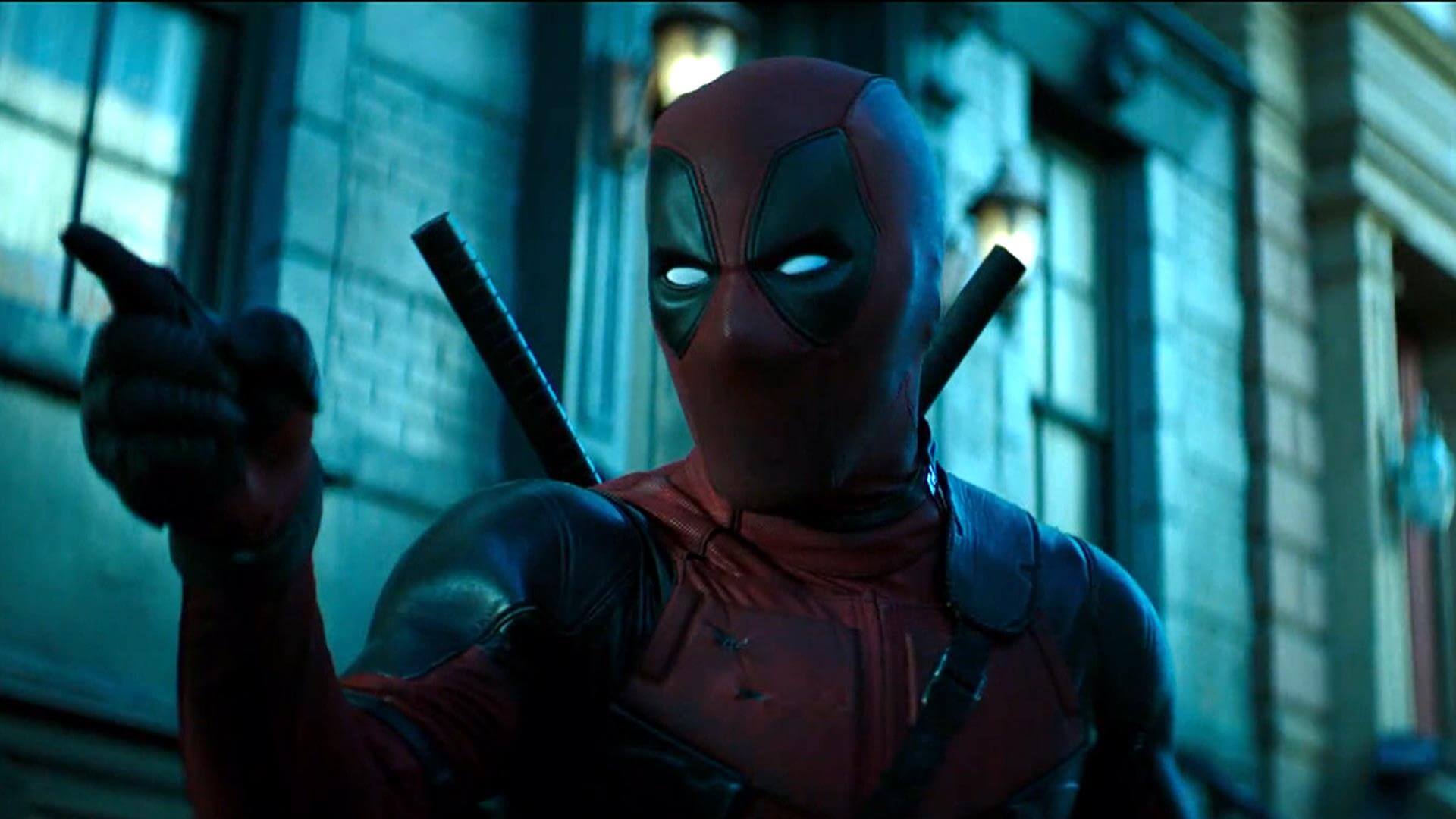 One of the most appealing things about superheroes is the element of fantasy; they are, essentially, wish fulfillment, vehicles through which downtrodden, imperfect people like us can imagine having the ability to right all the wrongs in our lives, to save the day while making ourselves a little happier. Obviously, Superman is the perfect embodiment of this, but we also long to be prepared for every occasion like Batman, possess limitless strength like the Hulk, travel anywhere on Earth at the speed of light like the Flash, and on and on. Lately, however, this element seems to have dwindled in superhero stories on the big and small screen. Where once we were able to live vicariously through godlike avatars who could have it all, we’ve now been inundated with more “realistic” stories of heroes falling, having to lose in spite of their powers, and just plain not being good enough. While there is undoubtedly a place for these stories (comic books have plenty of them, and many of these movies and shows are fantastic themselves), it’s a bit of a drag to miss out on the fun of watching your favorite spandex-clad avenger (or, sometimes, Avenger) have their cake and eat it too in a way you never can. But this year, two movies decided to buck that trend and remind us how cool being a superhero really is: Deadpool 2 and Ant-Man and the Wasp.

*Spoilers for Deadpool 2, Ant-Man and the Wasp, and lots of other recent superhero movies and television*

Deadpool 2 starts off rather unexpectedly after the overall feel-good vibe of its predecessor: Vanessa, the love of Wade Wilson’s life, is shot and killed moments after announcing she’s pregnant. What follows is a more somber first half of a movie than anticipated, where Deadpool has to rediscover his reason for existing; at certain points, our mirthful not-quite-hero even wants to die. Of course, he eventually learns to live again, becoming a better person and even laying down his own life to protect another; all standard-issue superhero stuff. But every time he seems close to reuniting with Vanessa – if only in death – he is denied even that small bit of relief. We’ve seen this a lot recently; think of Captain America having to look at the dying old woman his lost love has become before finally burying her for good, never having gotten his dance; think of Barry Allen on TV’s The Flash, constantly having to accept losing his parents; think of Thor, a literal god, lamenting in Infinity War that even a being as powerful as he has lost everyone he loves. 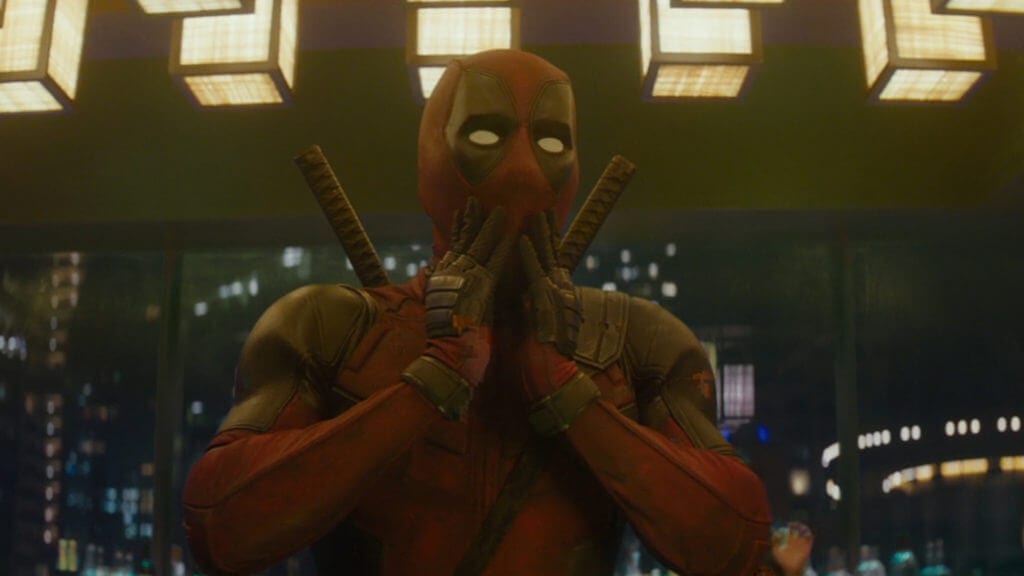 Then, Deadpool 2 throws us a curveball with that magical mid-credits sequence: Wade has Negasonic Teenage Warhead and Yukio fix Cable’s time-travel device and uses it to rescue Vanessa, among many other taken-too-soon characters. This montage is very funny, but what makes it so special is what it says about superheroes. Deadpool is not content to accept losing Vanessa in a world with time-travel and mutant healing factors; he’ll pull out all the stops and bring her back, and he’ll do it while taking a swipe at Ryan Reynolds’ career. This is so much more inspiring than watching yet another hero making peace with never seeing his loved ones again. This is Superman defying nature and the heavens themselves to turn back time and rescue Lois Lane from certain doom, as opposed to Superman accepting that he can never be with her in the very next movie, or Wolverine helping to fix the past and save his friends rather than dying in a battle he can’t win just as he discovers he has a daughter. We want to wish we could be superheroes, not feel like we already are them, and Deadpool 2 gives that to us.

Also giving us that feel-good feeling is Ant-Man and the Wasp. This movie takes place in a post-Civil War MCU where our heroes are on the run from the law, victims of Tony Stark’s deal with the devil that is the Sokovia Accords. As his plea deal with the government for the crime of helping Captain America do the right thing comes to an end, Scott Lang has just one more day of being on house arrest before he can finally go out with his daughter Cassie. But just when things are looking up for him, Hank Pym and Hope van Dyne come knocking; they need Scott’s help to get Janet van Dyne, Hope’s mother and Hank’s wife, out of the Quantum Realm, where she was previously assumed to have been lost forever. This goal in itself is an example of the wish fulfillment principle; Hank and Hope will go to any lengths necessary to save Janet, refusing to accept that getting her back is too dangerous. (Contrast this to, say, Rip Hunter spending a whole season of Legends of Tomorrow trying to save his wife and son before just letting them die and learning to live with it, or Jessica Jones having the choice taken from her in her show.) But the theme shows up in Scott’s arc as well. 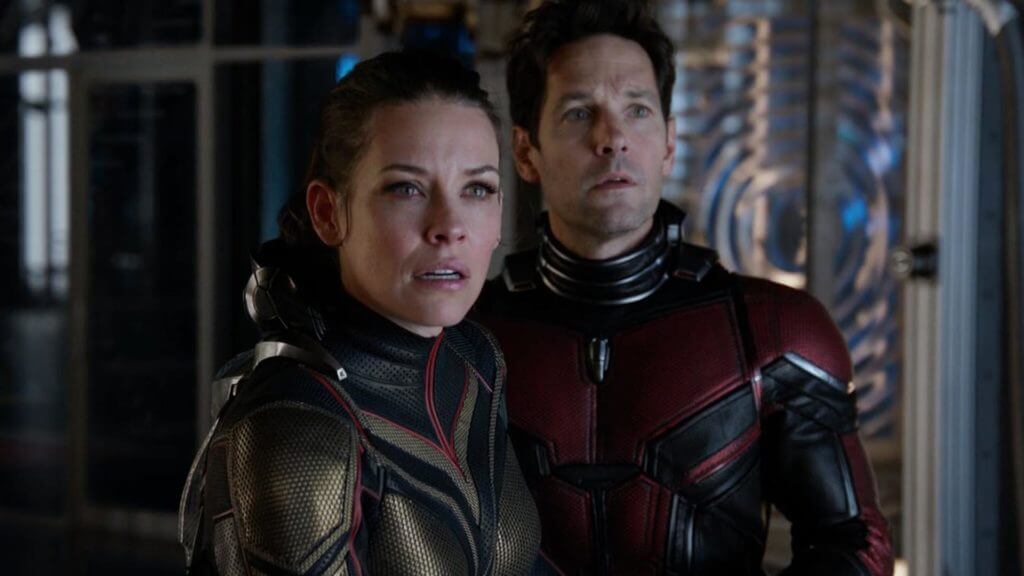 When Hope (boy, do they get a lot of mileage out of her name!) suddenly re-enters his life, Scott is hours away from finally having his daughter back in full; he can still see her, but only within the confines of his home. Now he’s got two other people who need him, and there seems to be a clear choice: help Hope and Hank rescue Janet or be the dad his little girl deserves. But the main theme of the movie is that Scott can do both; he can be Ant-Man and he can be Cassie’s dad. He just needs to accept help. In a wonderful scene where he asks Hope if she’d have gone with him to Germany to fight with Cap, she tells him that if she had, he’d have never been caught. This is it exactly; Scott and Hope – Ant-Man and the Wasp – are far better as a team than either one is alone, and this is demonstrated when they finally take down villain (or one of the villains) Ghost by working together.

Speaking of whom, Ghost is in a similar predicament to Scott. She’s fading out of existence as a result of her own tangle with the Quantum Realm, and she too must choose between her wants and those of others – specifically her life or theirs. She emphatically chooses her own, and she is willing to kill anyone necessary to stabilize herself. In the end, though, it’s the rescued Janet – the person whose life she wanted to trade for hers – that saves her, using the new powers the Quantum Realm has granted her to stop Ghost from fading into nothing. If Ghost had just accepted help from Scott, Hope and Hank in the first place, as well as maybe helped them a little in return, she would’ve been fine and no one would’ve had to die. 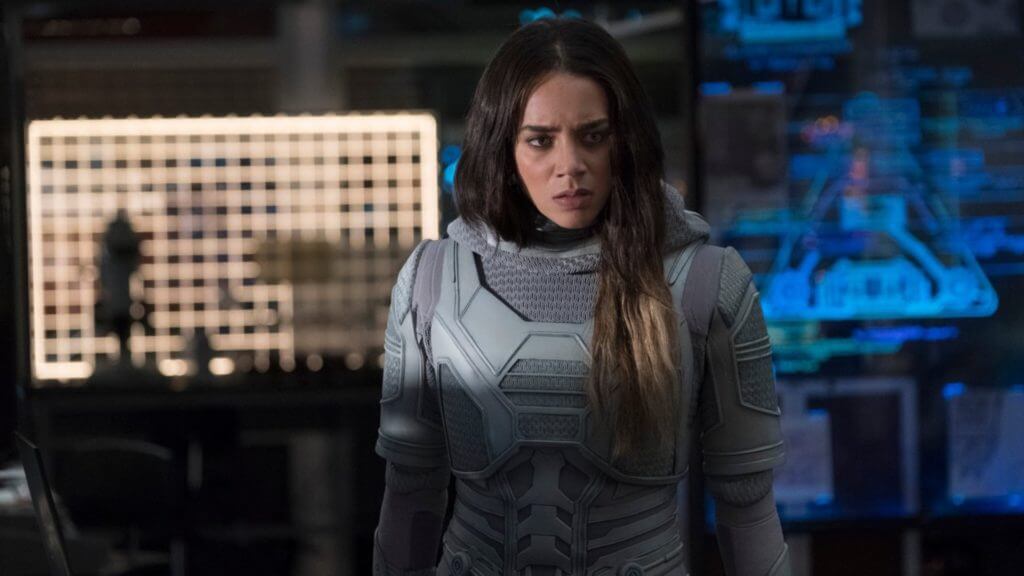 And all’s well that ends well; Scott gets his freedom and his daughter while helping to save Janet, and Ghost gets another shot at living a good life. Again, the heroes can have it all, putting their lives right and helping others at the same time. FBI Agent Woo insinuates that he’ll be keeping an eye on Scott, and Hank, Hope and now Janet are still fugitives, but they’ll all get through whatever troubles lie ahead because they’ve got each other (and will once again after the next Avengers movie, whatever it may be called). Meanwhile, Captain America’s lost his shield, Iron Man’s lost his friends, Thor’s lost his hammer and his home world, Banner’s lost the Hulk, and everything’s just going to pot. This makes the message of Ant-Man and the Wasp even more potent; it’s a reminder that, amidst the pain and loss of Phase 4 and its wars, there will always be hope in the Marvel Universe.

It’s good to see superheroes – and super-anti-heroes, in Deadpool’s case – pulling out unconditional wins again. The darkness of movies like Captain America: Civil War and Avengers: Infinity War, and themes of accepting loss in shows like The Flash and Legends of Tomorrow (and, again, this isn’t a criticism; I love those titles – or loved, in Legends’ case), has to be broken up with ray of sunshine here and there, and people have to be reminded of why they want to be superheroes instead of just seeing those heroes brought down to our often depressing level. And it shouldn’t be lost on anyone that it’s the sort of misfit characters who are making us believe again while their betters drown in darkness; joy is often found in the unlikeliest of places.