All the Super Bowl Entertainment Commercials 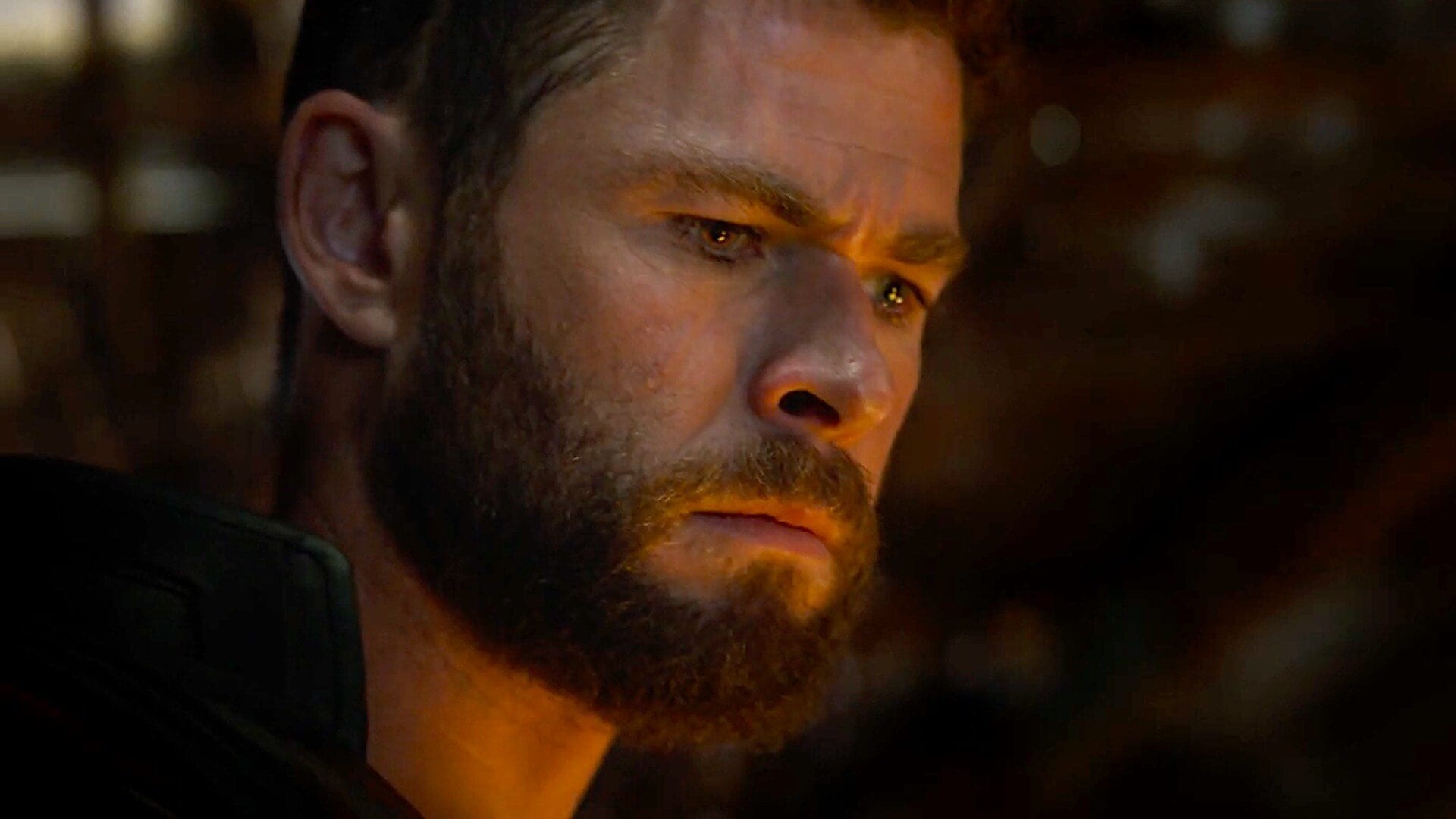 Super Bowl LIII aired yesterday to – if the reactions in the bar where I watched it are any indication – the occasional cheer and groan, but mostly silence as the game slowly ran its course. The good news is, even when a Super Bowl is less than thrilling, there are always the commercials to analyze. This year, a 30-second ad cost a heart-stopping $5.25 million, and the usual companies once again pulled out all the stops to make sure their pricey enticements were worth it. As always, there were some big ads from the entertainment industry. Here’s a rundown of the movie and television commercials from this year’s gridiron showdown, in the order in which they aired.

*This is strictly a list of ads for movies and TV shows, so simple celebrity appearances are not included, though there were some great ones; Jason Bateman’s Hyundai ad, in particular, was a favorite of mine. If you want a complete list, click here.*

Marvel went for minimalism to get fans pumped for its big culmination movie, and it worked. After a rapid rundown of everyone who fell to Thanos in Avengers: Infinity War, the Endgame Super Bowl commercial strikes a different tone from the first trailer, emphasizing determination instead of despair. Though the world seems to be reeling in the wake of the Snap, Thor readies Stormbreaker, Black Widow hones her gun-fighting skills, Ant-Man and War Machine suit up, Tony welds some new armor with Nebula’s help, and Captain America once again picks up his mighty shield. There aren’t any reveals, (although there’s the slight mystery of who or what Steve, Bruce, Natasha and Rhodey are looking at outside the Avengers base), just an assurance that Earth’s Mightiest Heroes aren’t done with the Mad Titan yet. Marvel and Disney know they don’t need anything more than this to get the blood pumping.

I haven’t seen seasons 1 and 2 of The Handmaid’s Tale (although I read the book, which was excellent), so I don’t have the best frame of reference for this Super Bowl ad. From an outsider’s standpoint, though, it’s well made and gripping, with some provocative imagery that can’t help but intrigue. The Washington Monument reshaped into a cross is horrifying shorthand for the religious tyranny that, based on the book, I assume is at the heart of the show. Having the terror come after a bright, sunny montage of positive images of a mother and her baby while a voice assures us that women are in the best possible position heightens the dystopia-underneath-the-utopia setting. I have a sizable backlog of shows on which to catch up, and The Handmaid’s Tale is definitely on the list.

I haven’t had the problems many others have with the Captain Marvel trailers, but the Super Bowl ad is the first one where I rolled my eyes. “Time to show these boys how we do it!” is such a groaner, as is the “Higher, further, faster, baby!” that follows it. (Grammar Nazi alert: since they are, presumably, talking about flying, it should be “Higher, farther, faster.”) I’m still hopeful that the movie itself will eschew gender wars nonsense; the Wonder Woman trailers took certain scenes out of context to push that narrative, but the film didn’t have any of that. Note, for example, Carol standing up when all the military men around her sit down; the commercial is using it for girl power purposes, but it could be something completely different in the movie. And Marvel has gone out of their way not to alienate their audience in the past, so they’ve easily earned the benefit of the doubt. The rest is very cool; the space battle looks even better than it did in previous ads, which probably indicates that the effects weren’t finished yet. I think what I’m most excited for is to see Carol and Nick Fury’s camaraderie; this appears to be a very different Fury than we’ve seen so far, and that’s exciting.

The Hobbs & Shaw Super Bowl commercial was just a truncated version of the trailer from two days before. If you liked that, you’ll like this, and if you didn’t, you won’t (much, I imagine, like the movie). I revel in this sort of thing – when it’s done right – so while objectively it was nothing special, I won’t deny some first-pumping with friends when it aired.

This was a big surprise, and one of the cooler ad campaigns I’ve seen in some time. After a Bud Light commercial set in a Westeros-like fantasy world, a follow-up ad had a jousting competition turn ultraviolent when the Mountain showed up to brutalize the Bud Knight. As he stood over his victim, one of Daenerys’ dragons appeared and burned everyone down to the Game of Thrones theme song. This was a very inventive Super Bowl commercial, merging stalwart advertiser Bud Light with the final season of HBO’s hit series. Like the Avengers: Endgame ad, nothing about the upcoming season was given away, but our appetites are whetted just the same. This may have been the highlight of the night. (Check out the extended version here.)

Netflix’s upcoming documentary series got a Super Bowl commercial of its own, showcasing the various environments and animals that will feature on the show. The imagery is stunning, and the animals look beautiful, but nature shows tend to bore me, so I have no real interest in this one. If shows like Our Planet are your thing, though, this likely piqued your interest.

Evidently, Amazon has developed a series based on the 2011 movie Hanna, about a girl trained by her father to be an assassin who is hunted by government agents. I didn’t see the film, so I can’t make any direct comparisons outside of the cast – which, considering the film’s pedigree, can’t help but feel like a step down. I’m pretty lukewarm on this; I like the idea, but the Hanna Super Bowl commercial does little to sell the premise.

After the glimpse at Bo Peep’s return last week, Pixar treated its fans to a Super Bowl commercial for Toy Story 4, the next chapter in its long-running franchise, which aired just after the big game finished. The toys are at a carnival, and Woody and Bo Peep can’t find Buzz – because he’s been captured and is being offered as a top prize for winners of a game. The former top prizes don’t take kindly to being upstaged, and a very funny scene ensues. I haven’t kept up with this series, having only seen the first Toy Story when I was a kid, but this was a fun little tease for a movie I doubt I’ll watch.

While it isn’t a movie advertisement, this Stella Super Bowl ad is different from the other celebrity commercials because, unlike, say, Steve Carrell telling us Pepsi is as good as Coke (which it isn’t), this one features the return of a classic movie character. First, Sarah Jessica Parker walks into a fancy restaurant as her Sex and the City heroine Carrie Bradshaw. When the waiter asks if she wants one of her famous Cosmopolitans, Carrie declines and asks, much to everyone’s shock, for a Stella Artois. Then, to the strings of “A Woman Like You,” Jeff Bridges strolls in as Jeff “the Dude” Lebowski, who has become a legend in the twenty-two years since his debut. Dressed in his ratty sweater and pajama pants, the Dude shocks the bartender – whose name is Gary! – when he decides to forgo his patented white Russian in favor of a Stella Artois of his own (which, in classic Dude fashion, he mispronounces). He and Carrie agree that sometimes change is good, and the amateur brother shamus leaves us with one more “The Dude abides.” Seeing the Dude again is absolute heaven, even if it’s just for a short Super Bowl ad, and I’d love for this to become a running gig for Bridges (though I doubt it).

What was your favorite geek-related Super Bowl commercial? What did you think of the other ads? Did you find Carrie’s return more satisfying than the Dude’s? Let us know in the comments and come back to Geeks + Gamers for more entertainment news!