I discuss Velveteen Dream, live crowds, MVP, Zombies, AEW Double or Nothing, John Cena breaking Ric Flair’s record, and more! Welcome, and thanks for joining me at Geeks+Gamers!

As well as bringing you That’s Not Wrestling every Thursday and ranting about WWE PPVs on YouTube, I’ll also be mouthing off on a Monday regarding other wrestling events that catch my eye. I’m Danny Damage, writing for Geeks+Gamers, and this is Another Week of Wrestling!

This whole situation has been a mess from the start. I find it’s best to wait until all the information is out before jumping on something like this, so I’ll only mention it briefly. After months of uncertainty, Velveteen Dream is finally gone from NXT/WWE. 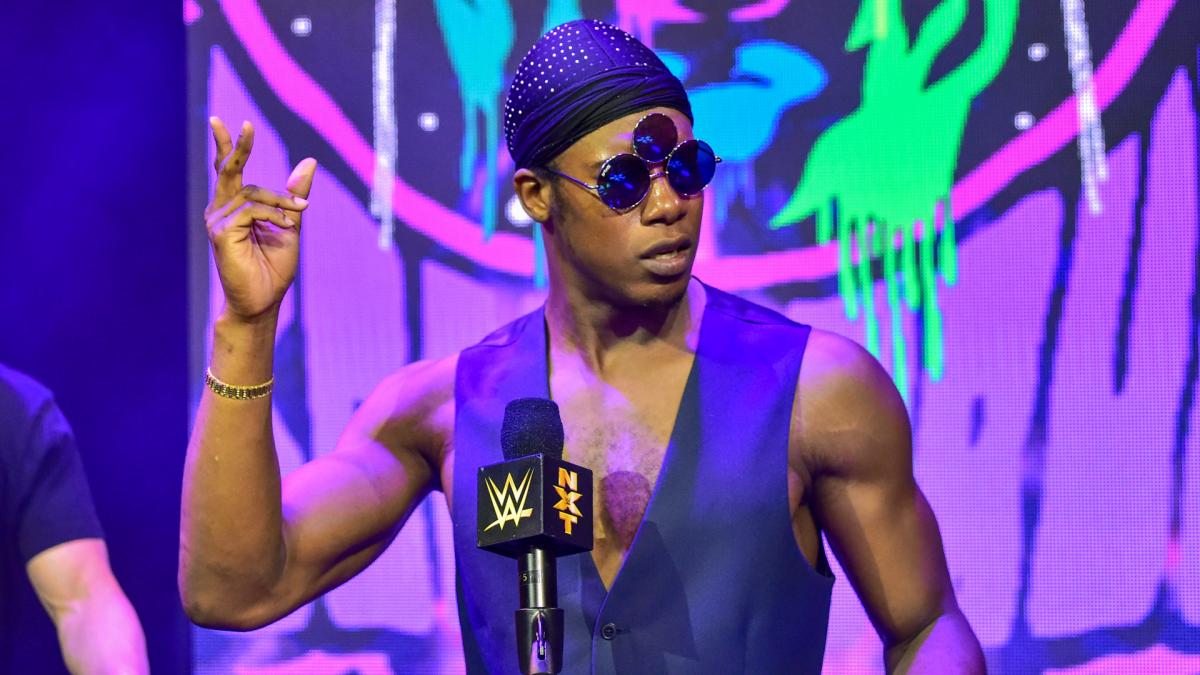 No specifics have been released yet, but if what Velveteen Dream was accused of last year is actually true, then it’s good news that he’s been let go. If not, it’s a big shame for a young man’s career. Either way, WWE doesn’t want that on their reputation, and they’ve got plenty of other employees to fill the roster.

There are still a few people defending the uptake in supernatural theatrics in wrestling as of late. And no, it’s not just those giving Alexa Bliss unlimited free passes because she gives them wowsers in their trousers! Following WrestleMania Backlash, MVP defended zombies and modern paranormal activity in WWE. He took to social media to put fans in their place, call them hypocrites, and compare the 30-year legacy of The Undertaker to the whoring of WWE’s airtime to promote a trendy film. Like I say about everything: there needs to be some balance. 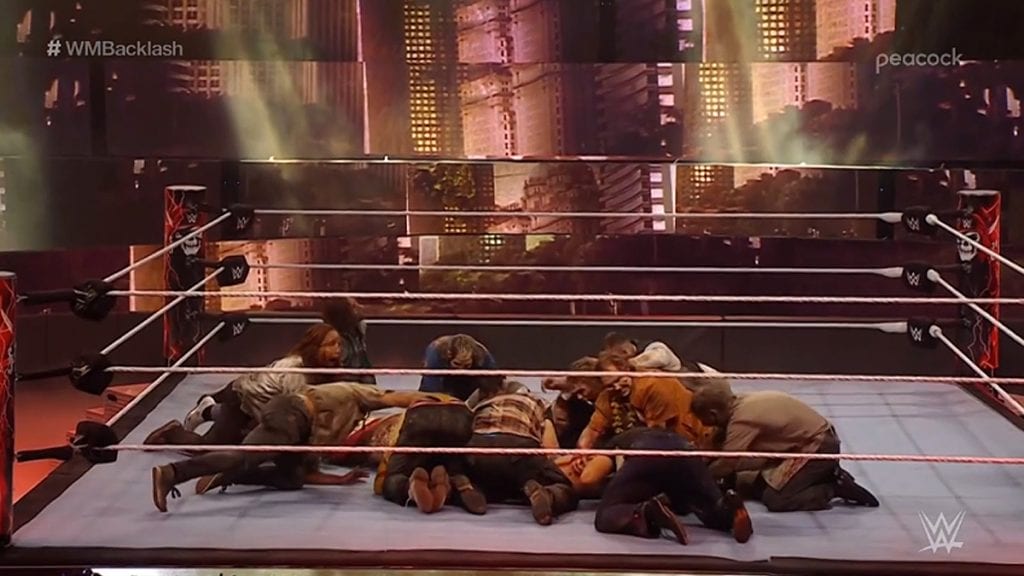 Yes, some of the Undertaker’s later theatrics were a little far-fetched, I agree. But simply dismissing his character as the same as one of the cliché zombie lumberjacks we saw as part of a lame marketing campaign is well off the mark. The Undertaker was a character that was unique and evolved over time. Even as a kid, when I would defend the legitimacy of wrestling to friends, there was still some wiggle room. I’d argue that it could just be a guy in makeup that messes with your head and bribes the lighting guy to cut the lights when he says so. What we saw was a mob of twenty extras made up as generic zombies; it’s not even close to being the same as The Undertaker.

NBA Nudges AEW Out of the Way

With the NBA playoffs causing Tony Khan to accommodate some reshuffling on television, AEW Dynamite will air on Friday (28th) this week. This is good news for those that can’t wait between their servings of wrestling mush, as the AEW Double or Nothing PPV event is on this Sunday (30th) as well! 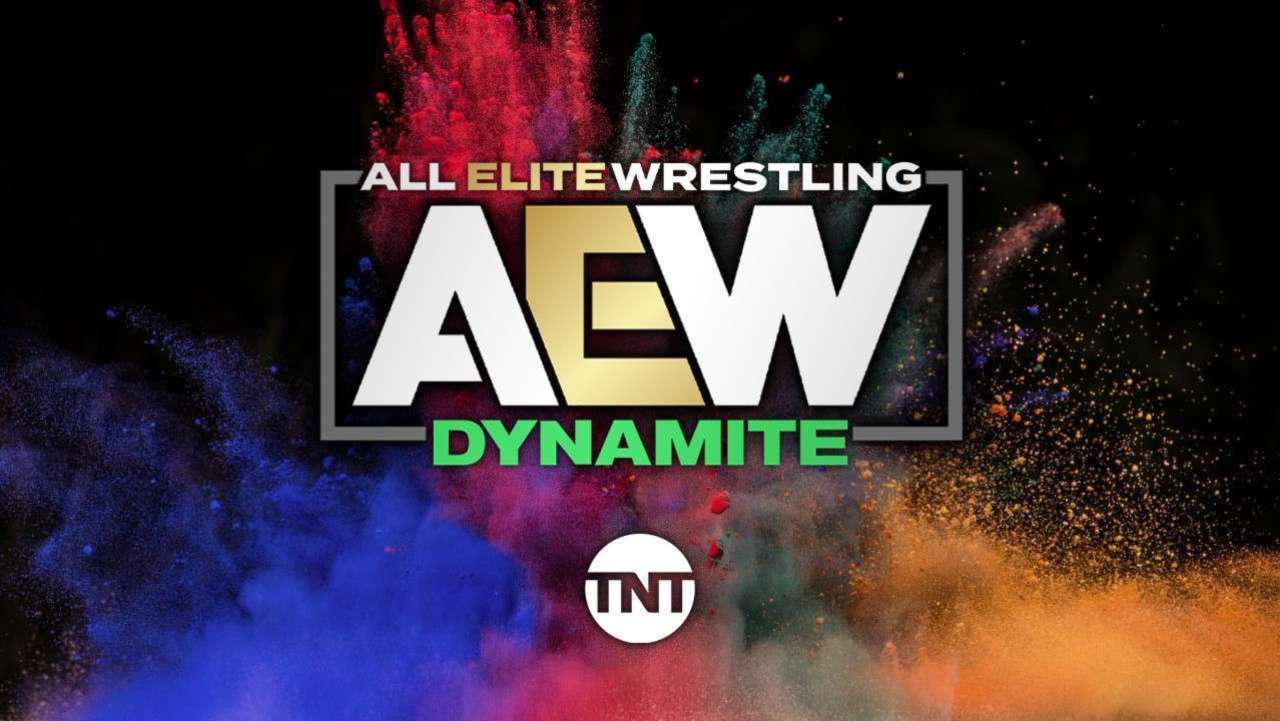 The NBA playoffs will disrupt future Dynamite episodes, and AEW is taking advantage of the opportunity to introduce its audience to the new time slot. Their upcoming show, “AEW Rampage,” will be filling that space in the future. I suppose jumping around like this is a good thing to some… especially those that like to make excuses when it comes to ratings not being as OMG-AMAZEBALLS as projected.

On the Road Again

The wait is nearly over. WWE and AEW are both touring and returning to live crowds soon. WWE has announced they’ll be welcoming fans on July 16th (Smackdown), 18th (Money in the Bank), and 19th (Raw). AEW is advertising tickets for their Dynamite shows on the 7th, 14th, and 21st of July. 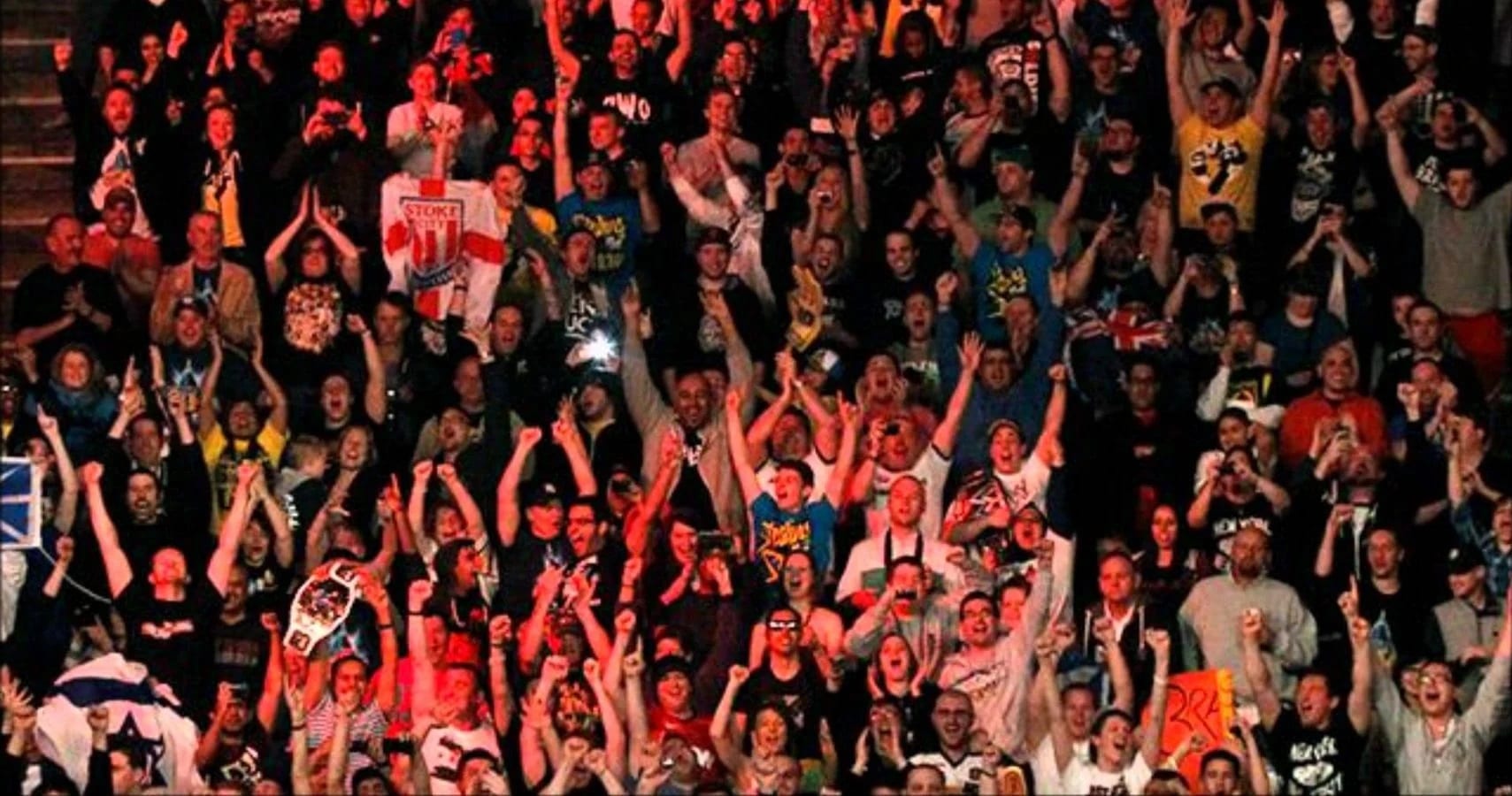 This will hopefully bring an end to Vince McMahon’s abomination known as The Thunderdome. However, I doubt he’s going to give up that soundboard full of crowd reactions easily. I’ve already been begging for the days of Smackdown’s pre-taped and edited audience audio. Fingers crossed that the live fans can overwhelm the manufactured reaction, and Vince eventually throws the sound effects module into a woodchipper.

His Time Is Now

John Cena continues his cryptic legacy on social media. After the news of WWE fans being allowed into arenas, Cena simply posted the WWE logo. This sparked whisperings of his return on July 16th, hoping to welcome back the live audience. Many people suspect that this is more than just a one-off appearance. The speculation is that he’ll address and face Roman Reigns in the near future. 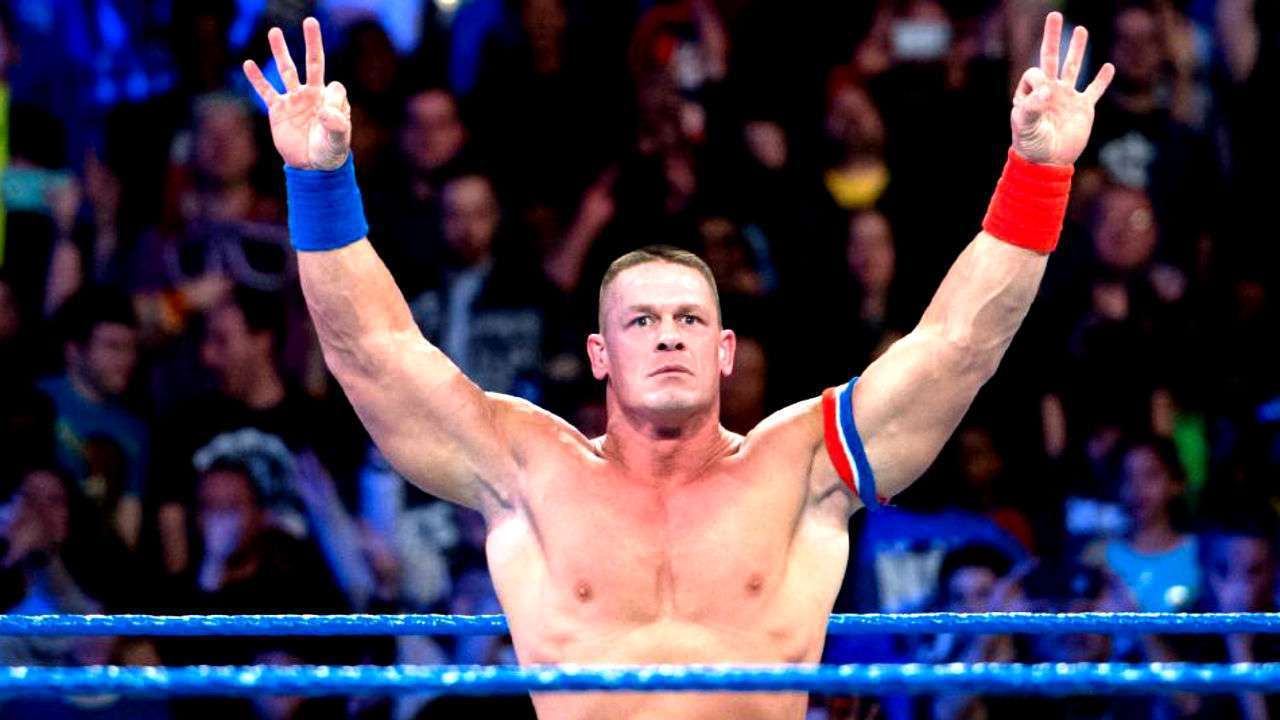 Could he beat Reigns for the title? Should he? I personally think he should. I’ve said this for a long time, despite being one of those that turned off the product due to “too much Cena” at one point. Ric Flair did do a lot for the BUSINESS, but John Cena did a lot for WWE. Cena sacrificed so much more for the company, even enduring a pre-arranged Disney Princess Syndrome relationship for some time.

Maybe Reigns isn’t the best opponent for Cena to go up against for his next title shot/win, but I see the humor in fans cheering on John Cena to take down Roman Reigns. So, although I’m undecided on who he should beat for it, there’s one thing I am sure of: if anyone deserves to break the 16-time world titleholder record, it’s John Cena!

Thanks for reading about Velveteen Dream! Feel free to get in touch on Twitter, SUBSCRIBE to my YouTube channel, and/or check out everything else I do over on: