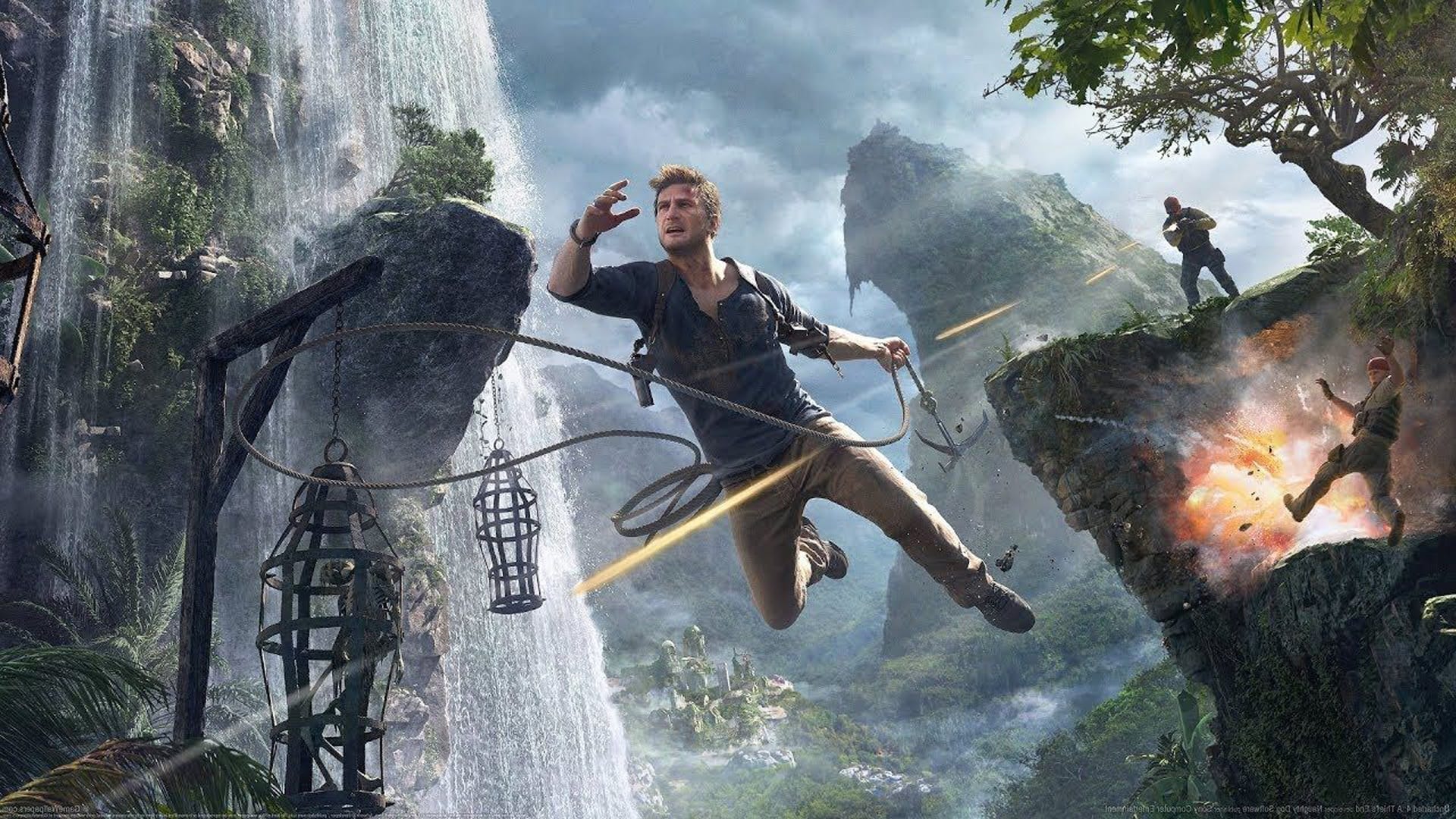 Nathan Drake’s in the middle of a jump from video games to movies. Based on the bestselling Naughty Dog game series, the Uncharted movie has just finished filming, and Tom Holland has posted a picture of himself as hero Nathan Drake from the shoot. Directed by Ruben Fleischer of Zombieland and Venom, Uncharted is a prequel to the story presented in the video games and details how Nathan met his best friend Victor “Sully” Sullivan, who will inexplicably be played by Mark Wahlberg (who was once supposed to play Nathan Drake, back when David O. Russell was attached to direct). Shooting began in March but quickly stopped due to COVID; it resumed production in July, on location in Germany and Spain. Uncharted is set to release on July 16, 2021.

Well, the outfit is right; I guess that’s something. I’m not thrilled with the idea of an Uncharted movie; the video games had Nathan Drake go through a very specific arc and had him grow and develop with each entry. Taken as a whole, they feel like a complete story (although, to be honest, I wasn’t crazy about them so definitively ending it in the last one), and I don’t think making a movie out of it will add anything. I also don’t really want a prequel; if memory serves, the games already showed us how Nathan met Sully, and another version is not needed. And, as much as I like Tom Holland as Spider-Man, he doesn’t strike me as Nathan Drake at all. I know this is a younger version, but unless Holland is playing him as a teenager (which, I suppose, is possible; Holland can play younger than he is), I don’t see how a scrawny guy like him feels like the masculine Nathan, even earlier in his life But he’s way better than Mark Wahlberg as Sully. I’m admittedly biased because I don’t like Wahlberg in general, but he doesn’t feel like Sully, a sophisticated-yet-rakish man of the world who can move in respectable circles just as easily as he can cut through jungles with Nate. So, I’m not particularly looking forward to this. The outfit looks good, though.

What do you think of Tom Holland’s Nathan Drake look? Are you interested in an Uncharted movie? How funny will it be if Sonic the Hedgehog ends up being better than this? Let us know in the comments and stick around Geeks + Gamers for more movie news!

That is not Nathan Drake. That is the Scrappy Doo version of Nate.

Going young is just annoying. I don’t want Saved by the Nate.

It feels like they put a bunch of trending actors’ names in a hat and picked one.

Uncharted 3: Drake’s Deception did reveal how Nate met Sully. Why do they feel the need to tell a different version of the story???

While I am keeping an open mind about Tom Holland, the fact that they have Mark Wahlberg cast as Sully is extremely disconcerting.

Sully is a lady’s man, a little slimy, and oozing with charm… if you had given me a thousand guesses, I never would have said Mark Wahlberg. I suspect they’re going to ruin his character via creative license.

I always thought JK Simmons would’ve made a good Sully.