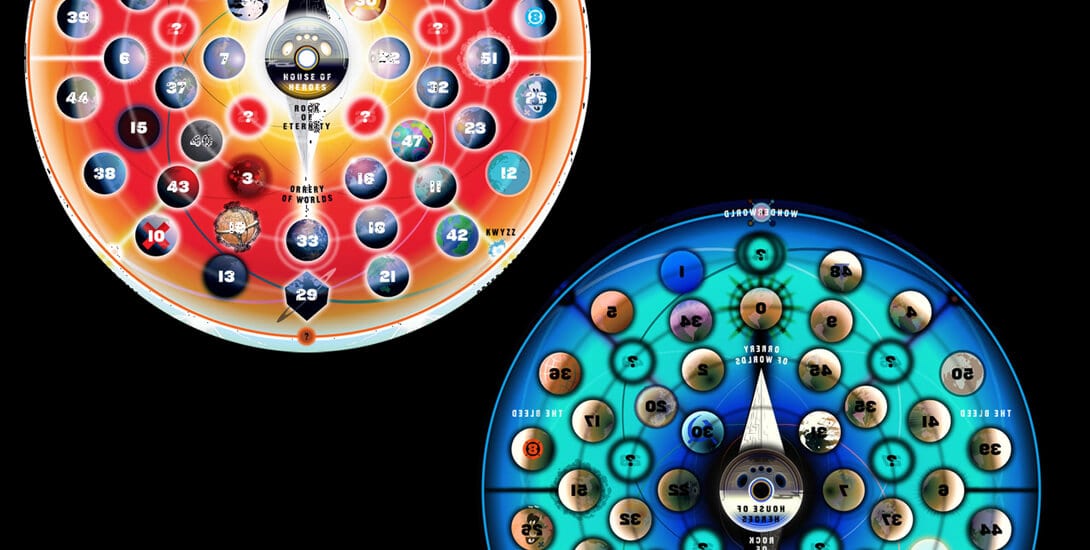 In a prior Flash Facts discussion, we talked about the origins of the speedster-power-gifting energies known as the Speed Force. We also mulled over some other related topics where the Speed Force is concerned. such as some of the various powers it may bestow upon those who tap into its mystical energies, the Speed Force Conduits, and the meaning behind the different colors of lightning generated by its Conduits while running. Additionally, we’ve dipped our toes into the waters of many of the Speed Force Conduits’ lives, most notably the individuals who have at one point or another gone by the name Flash or Kid Flash, and we’ve talked at length about what it has done in their lives and how they each use it. But what effects does the Speed Force have on the DC multiverse as a whole? You read that correctly; not just one universe – the entire multiverse. In our Speed Force Primer, we briefly touched on the idea that the Speed Force’s importance and role within the greater DCU extended far beyond that of a power source for speedsters, but just how far does that actually go? With the results of Scott Snyder’s Metal event (something I highly recommend to anyone wanting a fun and zany read reminiscent of 90’s comics), the fallout of the recent Flash War, and current Rebirth Continuity Flash writer Joshua Williamson channeling his inner Geoff Johns by introducing additional forces to the DCU much in the same way the famed writer expanded the lore of the Lanterns, we are learning more about the greater multiverse than we ever have before. 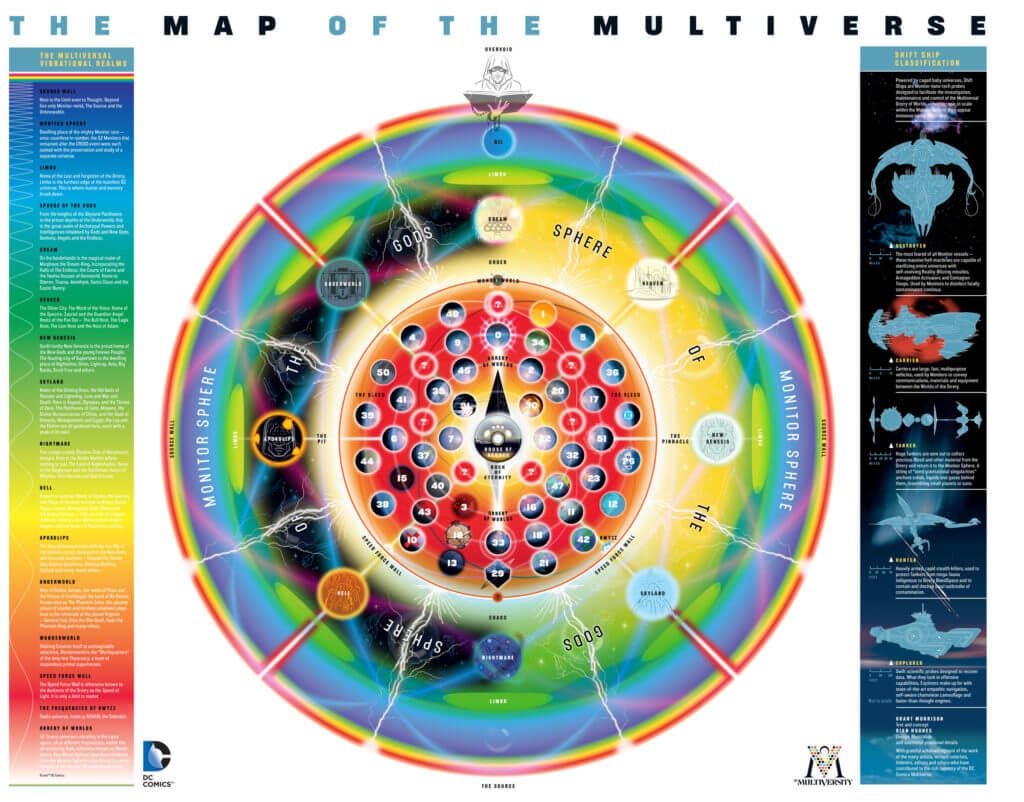 The face-melting Metal event fractured the DC multiverse by (without getting into too many spoilers; I meant what I said before: go read it!) resulting in the Source Wall being broken and the swirling maelstrom of evil and a mirror to the multiverse, aptly-named the Dark Multiverse, being unleashed upon the former. Metal saw the twisted, wicked counterparts of Batman from multiple negative earths (instead of Earth 1, Earth 2, etc., the Dark Earths are enumerated as -1, -2, and so forth) raining hell upon our main DC world. Each Batman, or in one case Batwoman from the gender-swapped world of Earth -3, possessed the powers of another super from their worlds, such as the Green Lantern-powered the Dawnbreaker, the Aquaman-powered the Drowned, the Speed Force-wielding the Red Death, and more. To go any further into the plot would spoil the event, so I’ll say it one more time: read Metal, because it’s fun as hell – not to put too fine a point on it. What the most important takeaway should be is that the Source Wall was broken. The freaking Source Wall. Busted. Dead. That’s a big deal, for those who are acquainted with the Source Wall’s significance, but for those who are not, the Spark Notes version is that the Source Wall surrounds the current multiverse consisting of 52 Earths, and separates said multiverse from the energies on the “other side” – the Source.  Now, you may be wondering, “Andrew, that’s great and all, but what the hell is the Source?” Simply put, the Source is the energies that created the multiverse itself and exists outside of the whole of creation. That all sounds pretty existential, and perhaps even a little Biblical, and that’s because we’re getting into some pretty heavy stuff that your average, casual comic book fan (nothing wrong with the simplicity of being a casual fan, mind you – in fact, it leads to measurably fewer headaches when writers decide to play Fiddler on the Roof with continuity-defining concepts), but, at the risk of causing a Crisis of my own here, let’s dive a little further.

The Source Wall is in place to prevent a spillover of the Source’s energy from one universe into another, which would have catastrophic consequences, as you may imagine. This utility is made more difficult when individuals attempt to unlock the secrets of the universe (yadda, yadda, blah, blah, blah) by attempting to reach, or, far more dangerous, breach the Source Wall. Each time this occurs, cracks begin to form in the wall, making it less structurally sound (like Jenga – it was the first thing that came to mind; cut me some slack). Jumping back to the aforementioned Metal event, that Wall got the Reagan treatment, but not in a good way – it got broken in a big way, like an “all the king’s horses and all the king’s men ain’t gonna fix this crap” level. The consequences of this were swift, as four threats from beyond the Source Wall known as “Omega Titans” arrived (read DC Rebirth Justice League: No Justice for more on this crazy event) and are said to have been the catalyst for life in the multiverse itself. Again, pretty heavy stuff here, but this is all mere contextual setup for your benefit (or insanity… sometimes I wonder). With the basic premise for the Source Wall in place and the gravity of its ruin, we now come to the matter of the Speed Force and its role here. I must preface the remainder of this primer with the following: I am not a DC writer, and therefore I cannot claim to know everything that the masters of this universe have in their minds when they write this stuff, nor does all of this information, despite being researched (present) fact, hold immunity to continuity changes moving forward; any one writer in DC could come up with something that renders all of this mute on a whim. That said, the whole of this content has mostly been expanded upon over the decades rather than retconned and changed entirely (and when they did try, they just went back to restoring it later anyway). Side-tracked; back to the Speed Force! The Speed Force, as it presently stands (or doesn’t stand – we’ll get to that in short order) in the current Rebirth continuity of the DCU, is multifaceted in its role: it is explained in New 52 The Flash Vol.1 that the Speed Force is a universe encapsulating energy that runs parallel with the timestream and selects specific individuals, Conduits, by which it expels its excess energies by gifting them with (primarily) super-speed. As these Conduits run, most notably Barry Allen and Wally West, they prevent the Speed Force from overloading and essentially destroying everything in every time period. That seems like a pretty important job, but it doesn’t end there; not nearly. The Speed Force also acts as a secondary barrier to the other energies and realms outside of the multiverse. Darkseid’s home, the raging fiery pits of Apokolips, is one such place outside of this. 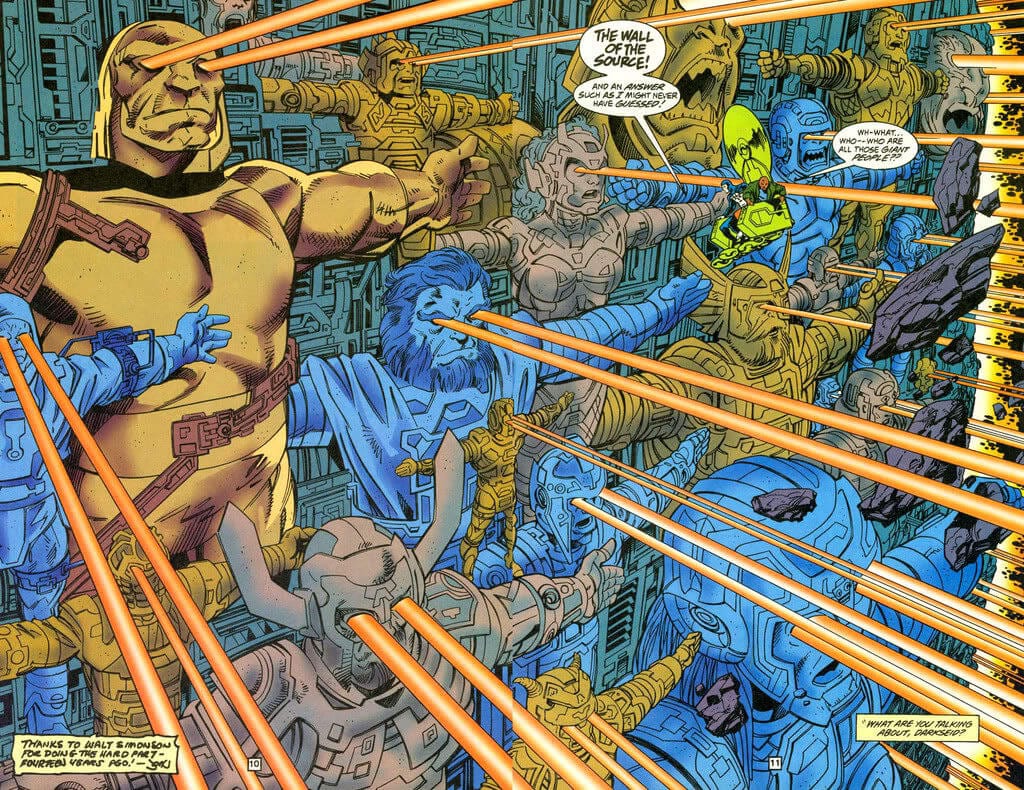 New additions to the many threats to the multiverse lay within the new forces unleashed upon the Speed Force Wall being broken at the end of the Flash War event. Wally West villain Hunter Zolomon (aka Zoom) convinced the Fastest Man Alive that the only way to locate his missing children in the timestream was to break through the Speed Force Wall. Of course, this was all a ploy, but a grieving father is just that, and proves the perfect tool for Zoom to unleash the other Forces and gain access to their power. These new Forces are the Strength Force, the Sage Force, and the Still Force, and along with the Speed Force make up four of the seven hidden Forces that were condemned by the Source Wall. The Strength Force is exactly what it sounds like; it raises its user’s physical strength to astronomical levels (as well as beefs them up larger than an 80’s pro wrestler on HGH). Whether or not this new Force contributes to the super-strength of characters who possess such abilities remains to be seen, and an argument could be made for it not being the case; up until now, the Strength Force hasn’t been “free” to seek out hosts. The Sage Force seeks out hosts to amplify their mental processes to insane levels of functioning, allowing them to be far more intelligent and access far more information than they would otherwise. When Hunter Zolomon was in possession of this force, he also appeared to have psionic abilities of some sort. As with the formerly mentioned Strength Force, it is yet unclear as to whether characters with pre-existing psionic or other mind-related powers and abilities derive such from the Sage Force, and the same arguments, both for and against, apply. Lastly is the least known of the revealed Forces, the Still Force, which grants the power to completely negate motion, though it should be noted that it cannot negate the potential for movement. These forces, for a yet to be revealed reason, were closed off from access by a combination of the Source Wall and the Speed Force, the latter of which being a last line of defense of sorts against their emancipation into the universe. In the latest issues of The Flash, Barry Allen and girlfriend Iris West have left Central City on a “Force Quest” – the purpose of which is twofold: Barry and Iris need to learn more about the new Forces, and Barry, while he won’t be the fastest being to ever have existed like Wally is, needs to get faster if he’s to stand a chance against the coming threats and those presented by the new Forces.