The Room is a film I’ve enjoyed since I first saw it in college, and one that helped me forge lifelong friendships. When I first heard about Tommy Wiseau and Greg Sestero’s new project, Spaceworld, I was intrigued. After reviewing the pilot, I knew I had to find out more, so I reached out to creator Brock LaBorde about how this show came to be. Mr. LaBorde was insightful and full of passion for this sci-fi animated series. It may be a comedy, but after speaking with him, it’s clear he takes what they’re trying to create seriously. Find out more about this exciting new show below!

I had a couple of buddies named Lon Strickland and Micah Brooke; they worked at Machinima a few years ago. We had created a show called The Tommy Wi-Show; we did 10 episodes, released that on the Machinima channel back in 2011, 2012. In the years since that was my second project to do with Tommy. We had always kept in touch, looked for ways we could work together. Lon, Micah and their buddy Isaac [Krauss] started their own animation studio called Octopie a couple years ago and they reached out to me and said, “Hey, wanna do a cartoon with Tommy?” I said, “Sure.” Originally, we had an idea for a completely different idea for a  show, and we went down that road for a while. About 6 or 8 months ago, I came up with a whole new original idea for Tommy, and that’s where this pilot came from.

You’ve worked with Mr. Wiseau on several other projects such as The House that Dripped Blood on Alex and The Tommy Wi-Show. Aside from getting to work with Mr. Sestero, what made this one stand out?

Well, this one was definitely animated! The other two were live action. This was my first animated project to direct and create, so part of this was a learning experience for me. As far as working with Tommy and Greg, I’ve always had a terrific working relationship with Tommy. I had met Greg years ago; we’ve been friendly over the years, but we’ve never gotten to work together. But he and I have an interesting dynamic because I’ve spent time with Tommy, Greg’s spent time with Tommy, and we realized there’s similarities in our friendship with him. For us, this was a dream project. We’ve always respected each other’s work, we’ve just never been able to come together on something. I hope this is the first in a long string of projects to work on with Tommy and Greg.

This is my first animated show, so I’m not sure if its the same process everyone uses, but basically I wrote the script; Octopie approved. I cast Tommy, Greg, myself, my fiancée, and two of my other friends. We went in one day, recorded all the voices, all of us together. I know normally the cast probably don’t record at the same time, but we did, and it was magical, a lot of fun. Then I worked with Mikey, who’s the voice of Bleebee, and did all the music and the sound effects. We did what’s called  a video play, then we sent it out to the animators. We had an animation studio called Lowbrow Studios; they’re based in Connecticut. I’ve never even met any of them face to face, but somehow we all made a cartoon together in six months. I described to them, once they had the audio of it, how I see the cartoon going, and then they scrawled out what’s called a storyboard, and they give you what’s called an animatic, which is storyboards with the sound under it. Then we did character design and ship design, all that kind of stuff, animating it and coloring it. Mikey created every single app effect for the show because that was another thing I wanted to be special here, is that we’re not using the same laser blasts that everybody uses, or even explosions. A lot of people recycle the same stuff and I’m like, “Why?” This is its own place with its own technology.

What sets this series apart from other sci-fi animated comedies such as Futurama and Rick and Morty?

I think what will clearly set us apart from them is, Spaceworld is its own unique universe that exists outside the realm of Earth. This is a show that will not have any references to Earth history or parodies of pop culture. That’s not to say we can’t make any social commentary on life, but it’ll be through a very strange filter. Hopefully, that’s one major thing that sets us apart. This isn’t going to be Tommy’s origin story of how he got to Earth, or about drawing parallels to Tommy and Greg’s real life or their previous work like The Room or The Disaster Artist. We can make nods here and there. What I’m trying to do is something different. The characters aren’t based on things that you’ve seen before, hopefully.

In this evolving television landscape, how do you feel Spaceworld will benefit from all the conduits of entertainment we have today, like Netflix?

I don’t know if it’ll benefit. It seems hard for anyone to figure out which things are coming out on which platform, or which service they need to subscribe to. I don’t know if the rise of streaming services will help  or hinder a project like this. All I do know is that we just want to make a fun show. I’ll have it play wherever people can watch it.

Mr. Wiseau’s TX is on an interesting personal journey throughout the pilot. Is there an overarching plan for the show going forward? A moment that you know is going to be the series finale?

The past few months, I’ve been really reading and watching a lot of sci-fi; watched a lot of silly movies and scary shows I’ve never seen before because I wanted to be aware of what other people have done and what kind of worlds they’ve built. I’ve created this whole history – a past, present, and future of this place. I wish I could show you this map that I had drawn of Spaceworld, by the way.  I’m working on this with Georgia Smith – she’s actually my fiancée who played Worfus in the show – and helped me design the characters and draw everything. She drew this map that I just described to her out of my head. If people could see that, they’d have a better idea of the scope of the story I’m trying to tell. This isn’t going to be like Game of Thrones, where you have to memorize 50 characters and all their backstories in order to know what’s happening by the time you’re in season 7. I’d much rather this be a simple, straightforward thing where people can dip their toe in at any time. A lot of people have said this reminds them of He-Man, and Saturday morning cartoons of the eighties, and that’s what i want from this. There’s gonna a lot of standalone episodes. It’s not the kind of thing where you have to pay attention to the overarching story.

I think that you’re definitely approaching a niche that really isn’t being filled right now. Some people just want that throwback retro feel. I think Spaceworld really provides that.

Yeah, It’s a shame that you don’t get to see much story in that five minute chunk we released, but it’s there, I promise. I have so many characters, so many things… I hope everybody gets to see them.

Do you know what you’re going to do next with the project all set up?

Well, really, when Octopie and I came up with the show, our original plan was, “Let’s just produce a little five-minute pilot, put it out there, see what the audience says, and then pitch it to networks and studios.” That’s the phase we’re in right now.

In my article, I mentioned how this might be a good fit for Adult Swim. Is that something you’d be considering?

I’m open to any place that’s gonna let us tell the kind of story we want to tell. I don’t know. I think Adult Swim already has a space comedy show, right? Isn’t there a show on there called Final Space? Isn’t that on Adult Swim?

I believe it is, but that doesn’t mean there couldn’t be room for two. for all we know, there could even be crossovers.

What’s something you learned on this project that you will take with you to your next?

I’ll be honest; this project has rejuvenated me. A few years ago, I had two animated wrestling-related shows that got greenlit the same week, and then both fell apart. Not because of anything that had to do with me; had to do with the executives and the people in control. It kind of turned me off to the whole… I didn’t really want to create any more pilots or create worlds after that. People would listen to a pitch, say they loved it, and then I never hear from them. it kinda jaded me. However, after this opportunity with Greg, Tommy, and all my friends to make this show, it’s been such a positive experience, I feel like I can do this again. I feel I can create another world better. Even if we don’t make another episode of Spaceworld, I feel I could still make something else, whereas before I didn’t know if I had it in me.

After I got jaded like with the whole I don’t want to write pilots thing I’ve been trying to write longer things, like features. I’ve been really stuck into horror genre, for some reason; I don’t know why. I just finished a draft of a horror script I’m really excited about. I’ve been pitching it wherever I can, hoping to get that made. Other than that, I’m just doing a lot more reading, writing, and thinking. A lot of thinking.

We would like to thank Mr. LaBorde for his time and look forward to the future of Spaceworld and all of his future projects! 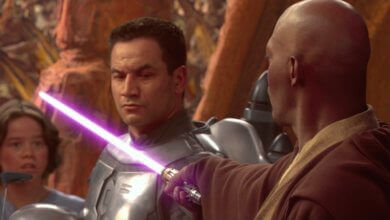 Temuera Morrison Cast as Boba Fett in The Mandalorian 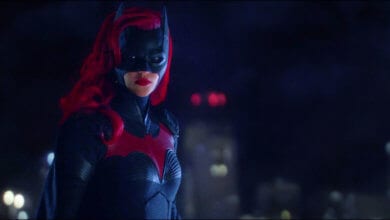 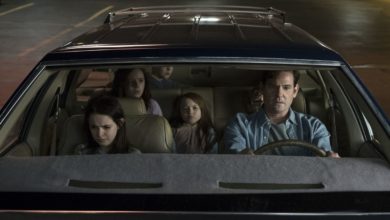 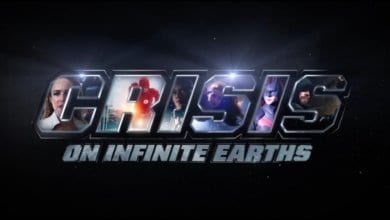