Home  /  Social  /  My Truth: I Was Attacked By Gail Simone Fans Because I Called Her Out On Eternals

My Truth: I Was Attacked By Gail Simone Fans Because I Called Her Out On Eternals 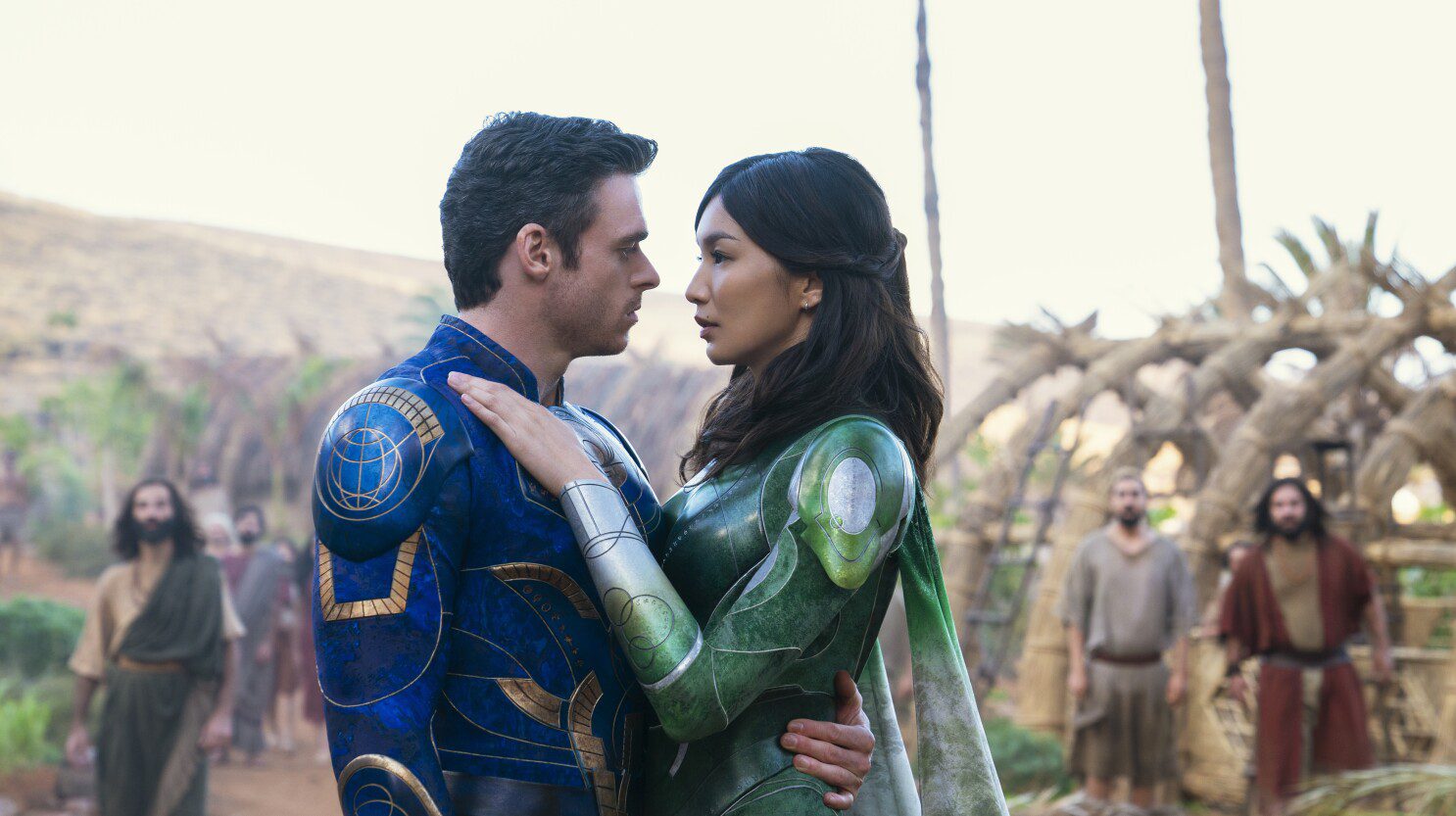 A pack of rabid, angry Gail Simone fans attacked me on Twitter after I called her out for her Eternals take, which you can see below.

Okay, I loved the Eternals.

I am not that familiar with the comic, I’ll admit it.

But I loved the film. Lovely characters, avoidance of the usual formulas, and lush visuals.

I understand not everyone agrees.but I loved it.

To which I responded:

I said this because, as a comics writer, she says she’s “not that familiar with the comic.” However, she praised the film, which race and gender-swapped a number of characters. Eternals adds even more diversity with the MCU’s first deaf superhero, Makkari. The way these characters were introduced wasn’t comic accurate; it turns out these Eternals are (SPOILERS!) just a bunch of advanced robots. This begs the question, why create a deaf robot? The movie was also banned in the Middle Eastern countries of Saudi Arabia, Kuwait, and Qatar for a gay kiss scene between Phastos and his husband, which lasted all of 3 seconds.

Anyway, Gail Simone would go on to interact with many tweets responding to her until I saw a notification that said:

Imagine being this guy. https://t.co/3utVjdTVQ3

I gasped in amazement. Doesn’t an esteemed comic writer who blazed trails for women and female empowerment in comics have other things to do besides yapping at people on Twitter? I guess she’s in-between runs at the moment? Obviously, I had to respond:

Don't have to, I am this guy LOL https://t.co/NCqjYRSe3E

Here, she still couldn’t contain herself:

This is where things started picking up. When someone with nearly 186,000 followers interacts with you, Twitter notifications start to pile up. So now I begin to wade through the filth that is Gail Simone stans. The amount of pronouns in bios is alarming but not unexpected. I made the grave mistake of having Geeks + Gamers in my bio, so I’m obviously a toxic man-baby “incel” that needs to get laid. A lot of projection is clearly coming from these people. Sorry to whoever runs the Geeks + Gamers Twitter account for these smooth brains tagging you trying to get me canceled or something. But where I draw the line is accusations of being a “white supremacist.” This is the new tactic of the far left, including supporters of Gail Simone. I think this next meme is perfect in describing today’s political climate if you do not align with these weirdos. 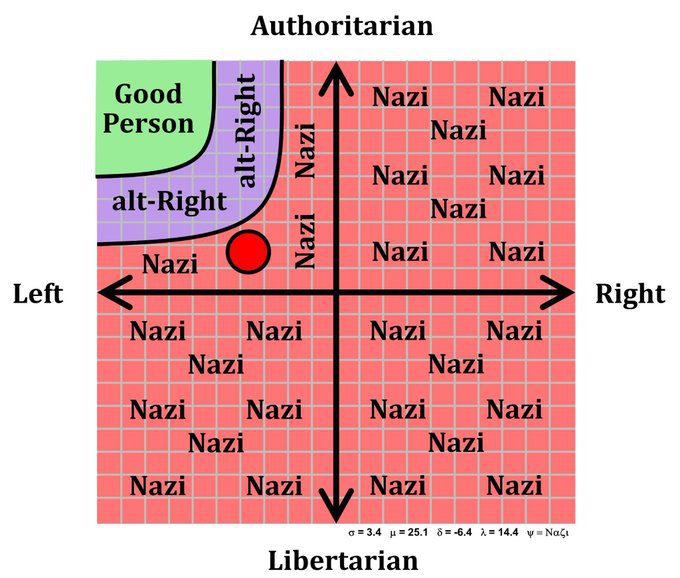 Apart from the one-dimensional trash-talking and swearing, I think the best comments were the self-owns like this one:

And you’re crying at a dude supposedly crying at a comic book character. Whose the bigger idiot? https://t.co/SUr5OG5yyg

And people were concerned with my spelling on Twitter while I was in the middle of working out:

Sorry bro I was in between a burn out set of deadlifts. I’ll be sure to spell correctly when I burn your ass next https://t.co/sx5S2wCK8H

But my favorite has to be this next one. The poster claims I preferred an all-white male cast, which I never said. They don’t even know the original race of the characters that the movie swapped. Nonetheless, they were crying to me about it on Twitter. Hint: Kingo was Japanese, and now he’s Pakistani, NOT WHITE.

The racism and projection from these blue checkmark, pronouns-in-bio losers is astounding. As you’ll see, this next She/Her says white isn’t even a race:

Does being black count as lore for Black Panther and Blade? Or is it cool if we make them white now? https://t.co/3A8xC7FjdR

So everybody, white isn't a race so it's ok to be racist to white people. According to blue checkmark pronouns on twitter. https://t.co/C3ZfwVrUKc

Apparently, Deadpool co-creator Fabian Nicieza thought he made an impressive takedown of me when he grandstanded about buying Eternals issue #1 when he was a child.

The idea that a race of super-beings being seeded across the planet should reflect the cultures they are actually being seeded into doesn't make sense to you?

I was 14 years old when I bought Eternals #1 and I thought Kirby missed that opportunity! How old were you?

He also defended the film, claiming that a race of super-beings should reflect the cultures of the planet they are seeding. It’s a decent claim, except that it isn’t stated that is the reason for the Eternals genders or races in the movie. And a few tweets later, Fabian admits he hasn’t even seen the movie, so his point is invalid upon presentation.

I'm not defending the series (or the movie, which I haven't seen).
I didn't like Eternals then or after re-reading it a couple weeks ago.
I always loved his imagination and bonkers visuals, but as a teen, and now as an adult, I never felt that series came together.

He then goes on to say he didn’t like the Eternals comic when he read it previously. So the high ground he thought he had upon his first pompous Tweet came crumbling down in a spectacular self-own.

The moral of the story, kids: Twitter is not a place for rational discussion or coherent arguments, just a lot of yelling and name-calling. If you’re ever in my situation, just remember not to take the negativity seriously and you’ll be fine.

Also, shout-out to those who went to bat for me and countered the leftist comics stupidity on Twitter; you are all greatly appreciated.

What is this? An article written by a furry. Reeeeeeeee

I cracked up very hard reading your tweets lol

Imagine getting bullied by a bunch of middle-aged women and writing an entire article crying about it.

You left out the best part! The part where you continued to attack her, she commented your avatar at the time (Deadpool) was from a comic she worked on, and then how you continued to attack her and her fans saying she knew nothing about Deadpool and “probably didn’t know Ryan Reynolds”. You weren’t “attacked” because you were mad she liked Eternals, you were called out because you were trying to claim you knew more about deadpool than one of its writers and harassed her. For this being “your truth” you sure left out a lot of it. Lol fuckin beta nerd.