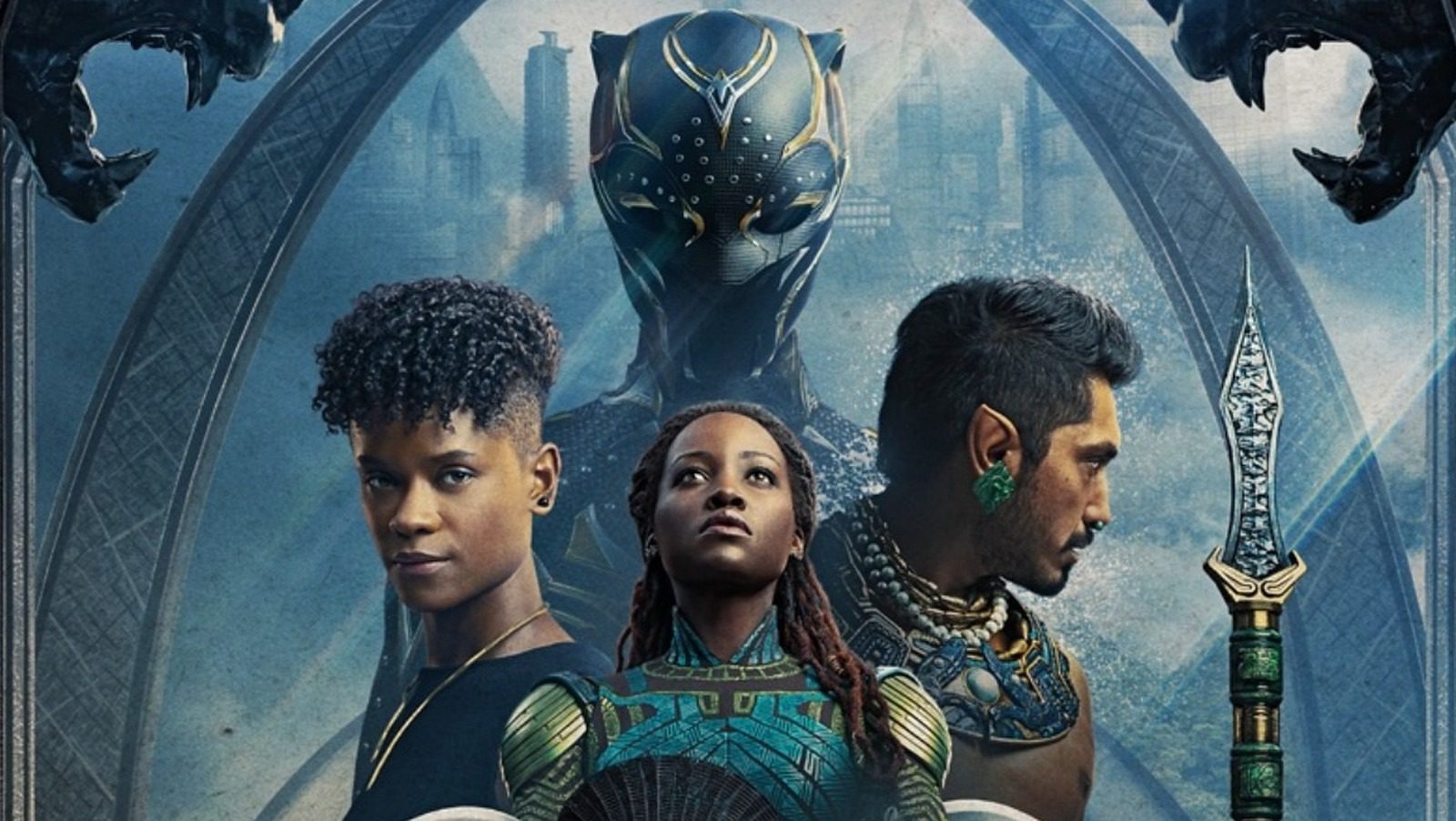 Like most people, I really enjoyed 2018’s Black Panther. It stands out in my memory as an intelligent, well-acted, meaningful film amid a sea of superhero movies that year. After the events of Endgame, T’Challa was probably my favorite surviving solo hero, alongside Spider-Man. Of course, the real-life passing of Chadwick Boseman was tragic. The impact a person’s death has on a movie will never compare to the effects on their loved ones, but it did leave Marvel in an uncomfortable position with two undesirable choices for Black Panther: Wakanda Forever: recast or kill off the character. I’m not sure either would have gone over well, but I think the former would have been better for the film’s story. The promos looked about as good as they could without a main character, and I hoped deep down that they could overcome this hurdle. Let’s dive in.

In Wakanda Forever, the Wakandan Royal Family and their people mourn the loss of King T’Challa. Shuri struggles to find closure as a new world power surfaces, offering Wakanda two options: form an alliance or die. This sends Shuri and Okoye on a mission to find an American scientist, who turns out to be a student, Riri Williams. The US government’s attempt to intercept the girl is only stopped by the mysterious new force taking the heroes to their city. The Black Panther is gone, and Wakanda must face challenges both new and old. 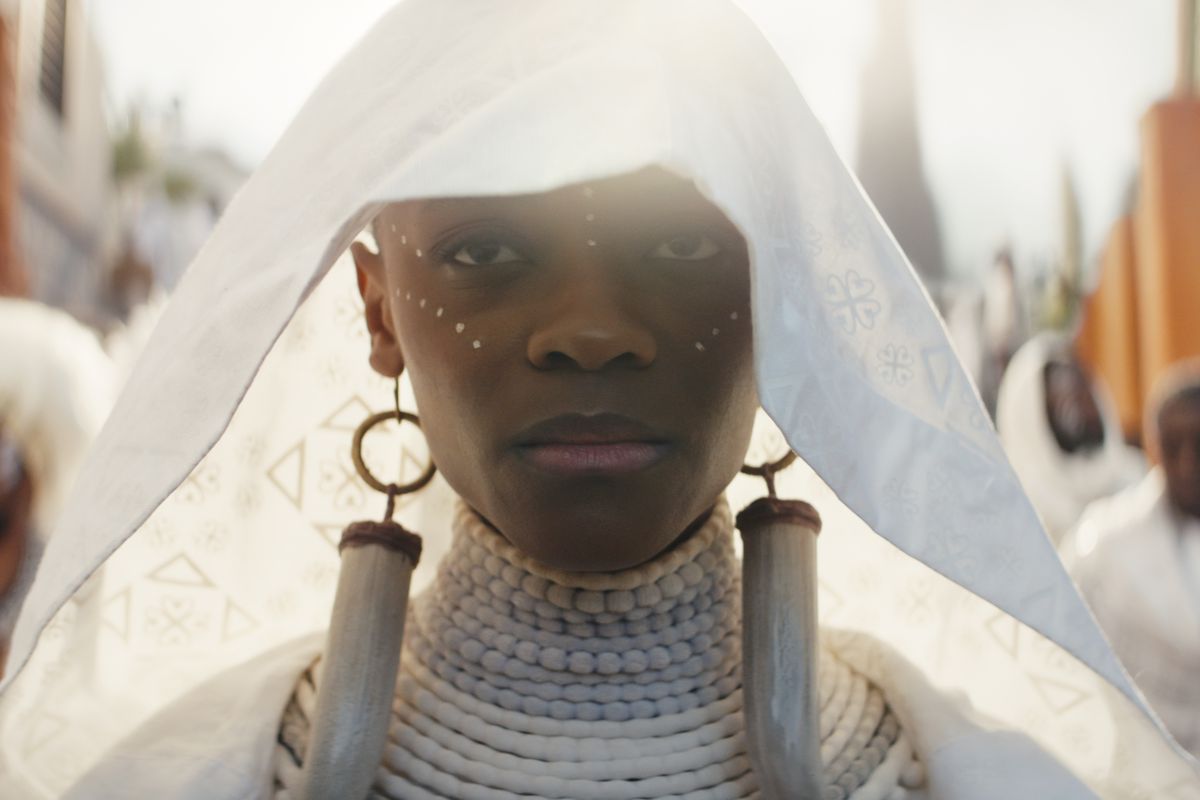 I tried not to get too specific here, but this movie has a lot going on. Too much, really; there’s enough plot here for three different movies, including different threats and villains. I worried going in that Letitia Wright’s Shuri didn’t have the charisma to carry an entire film, and I’m sorry to say that is the case. However, credit where credit is due; they did much better with her than I thought. She doesn’t crack jokes throughout the movie and instead treats the situation seriously. I don’t think I could handle three hours of “What are those?!” and they did as well with her as could have been expected. On that note, Wakanda Forever is also too long. This ties back into the movie’s plot, which is over-stuffed and too involved. This isn’t Endgame; this is a sequel to one movie, not 20+. I don’t see why two hours or so couldn’t cut it for Wakanda Forever. I like longer movies when they justify their runtime, but Wakanda Forever fails to justify its own existence, let alone its creative choices. After the movie ended, my husband called it “a film desperately seeking a story to tell,” and I think that says it. It’s like the writers didn’t think any one villain or overarching story was strong enough, so they threw everything at the wall, a la Spider-Man 3. Wakanda Forever isn’t hilariously bad like that movie, but it’s also not as interesting. 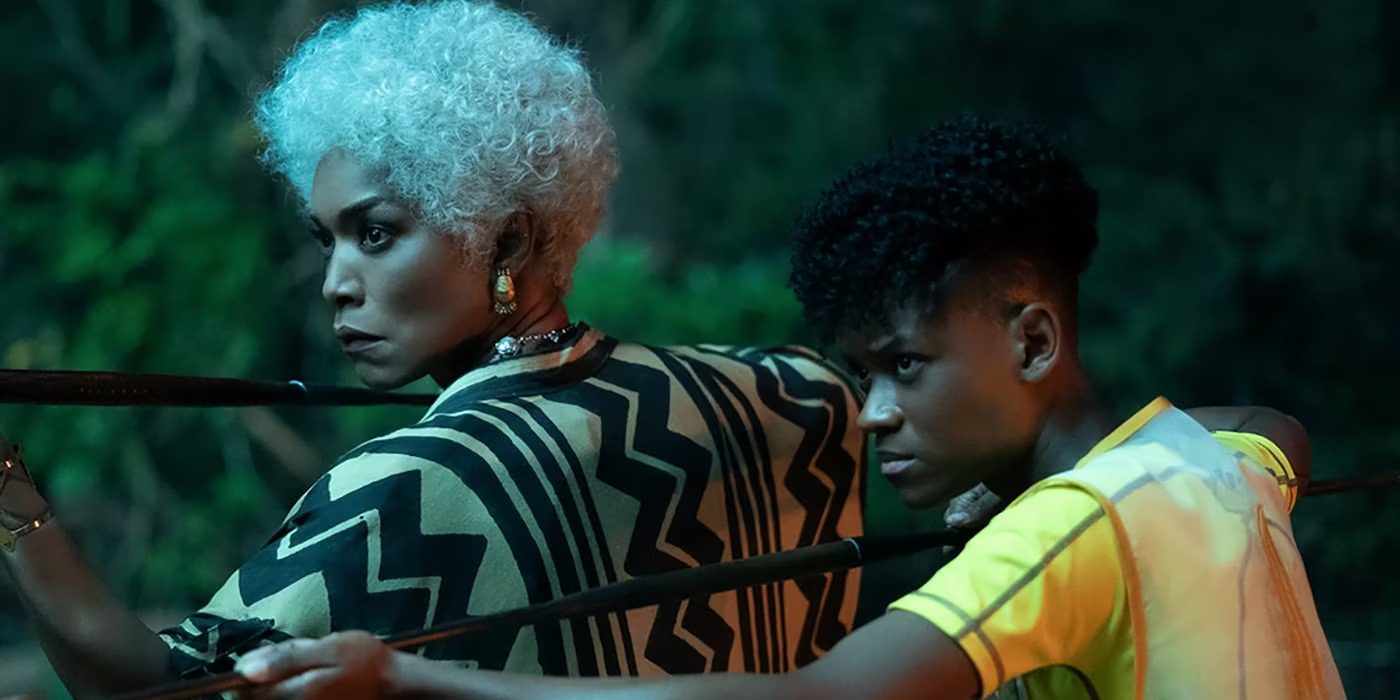 The best thing about Wakanda Forever is the cast. As I said, Letitia Wright is good as Shuri and leads the film as well as she probably could have. Returning stars like Winston Duke, Danai Gurira, Lupita Nyong’o, and Angela Bassett shine. I wish they gave Duke’s M’Baku more jokes, especially since Wright plays it straight. Tenoch Huerta is good as Namor; he’s charismatic and, eventually, intimidating. I have problems with this character but not the actor. My favorite performance comes from Angela Bassett as Queen Ramonda. She’s a great actress, and I like this character. I liked all of these characters in the first movie and appreciated the different types of female characters on display. Okoye was the warrior, Nakia the spy, Ramonda the dignified Queen, and Shuri the scientist. Wakanda Forever blurs the lines a lot in making Shuri into a warrior and a leader. Okoye and Nakia’s characterization is compromised too, but I don’t want to get too spoiler-y with that. This comes about partly because the bulk of the film’s cast is female, a detail I found distracting. Aside from M’Baku and Namor, the principal cast is all women. This likely led to the decision to toughen up the brainy scientist and declaw the hardened warrior. 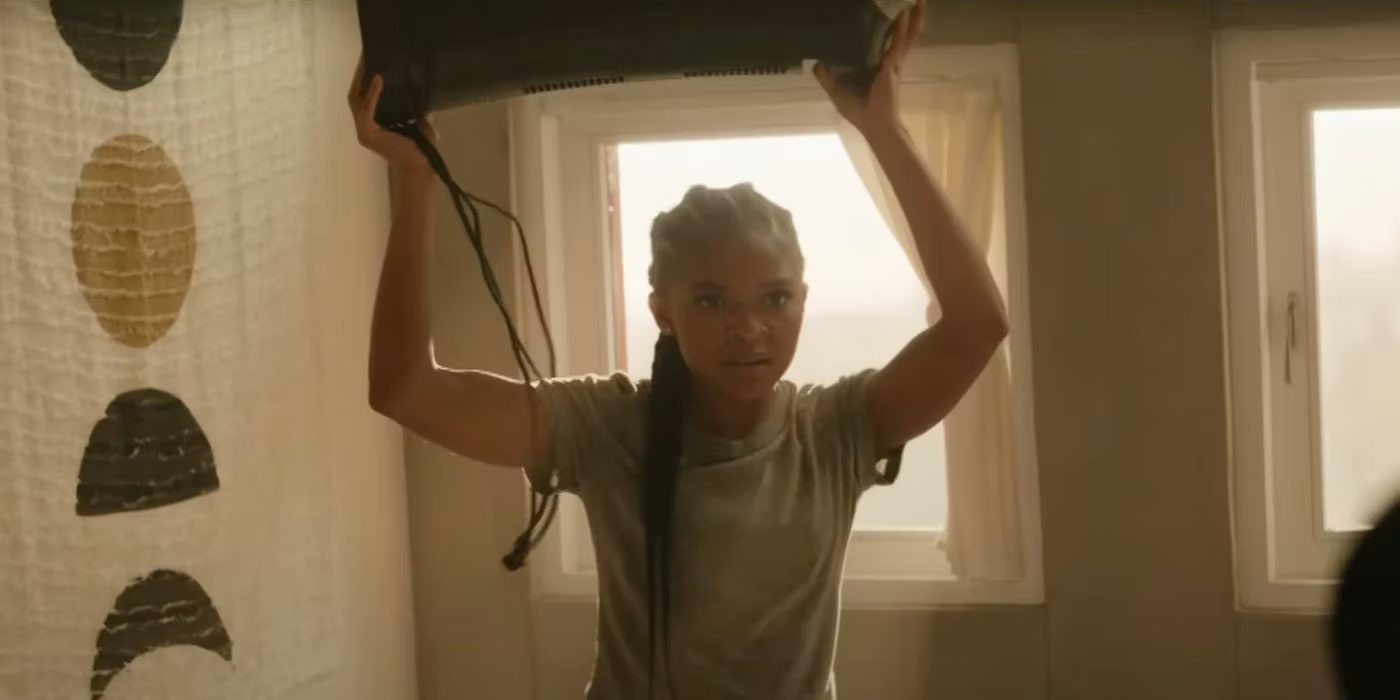 This leads me to another elephant in the room: Domonique Thorn as Riri Williams. I feel this character is unnecessary, but even worse, I don’t like her. She’s essentially a do-over of America Chavez in Doctor Strange in the Multiverse of Madness. Williams is a plot device to be fought over by Namor, the US government, and the Wakandans. This didn’t bother me as much with America because she was funny, had cool powers, and I liked her rapport with Doctor Strange. Williams is a smartass who doesn’t leave much impact or bond with Shuri or anyone else. I especially didn’t like her joke about how Shuri shouldn’t accept a dress from Namor. She lists famous movie scenes where characters are given alternate clothes, like Belle in Beauty and the Beast, Princess Leia, and “that white chick in Indiana Jones.” I guess this is part of the joke, but Belle doesn’t belong with the others. She wasn’t in danger of being used as a slave or killed. More importantly, though, it just isn’t funny. And isn’t it funny how she only named properties Disney now owns? I don’t know much about Thorn, so I don’t necessarily blame her, but this character sucks so far. I also don’t like how similar her suit is to Iron Man’s, or the fact that she’s essentially a replacement for him. Wakanda Forever didn’t need another superhero, and it didn’t need another “yassss queeeeen” female hero. This was an excuse to set up another TV show and bring in Everett Ross and Val, who I’m already tired of. I like Julie Louis-Dreyfuss, but this character doesn’t work for me. Rather than inspiring curiosity, she bores me. I don’t find her funny, intimidating, or interesting in the slightest. I’m also not sure what the point of making her a disgruntled ex-wife was. 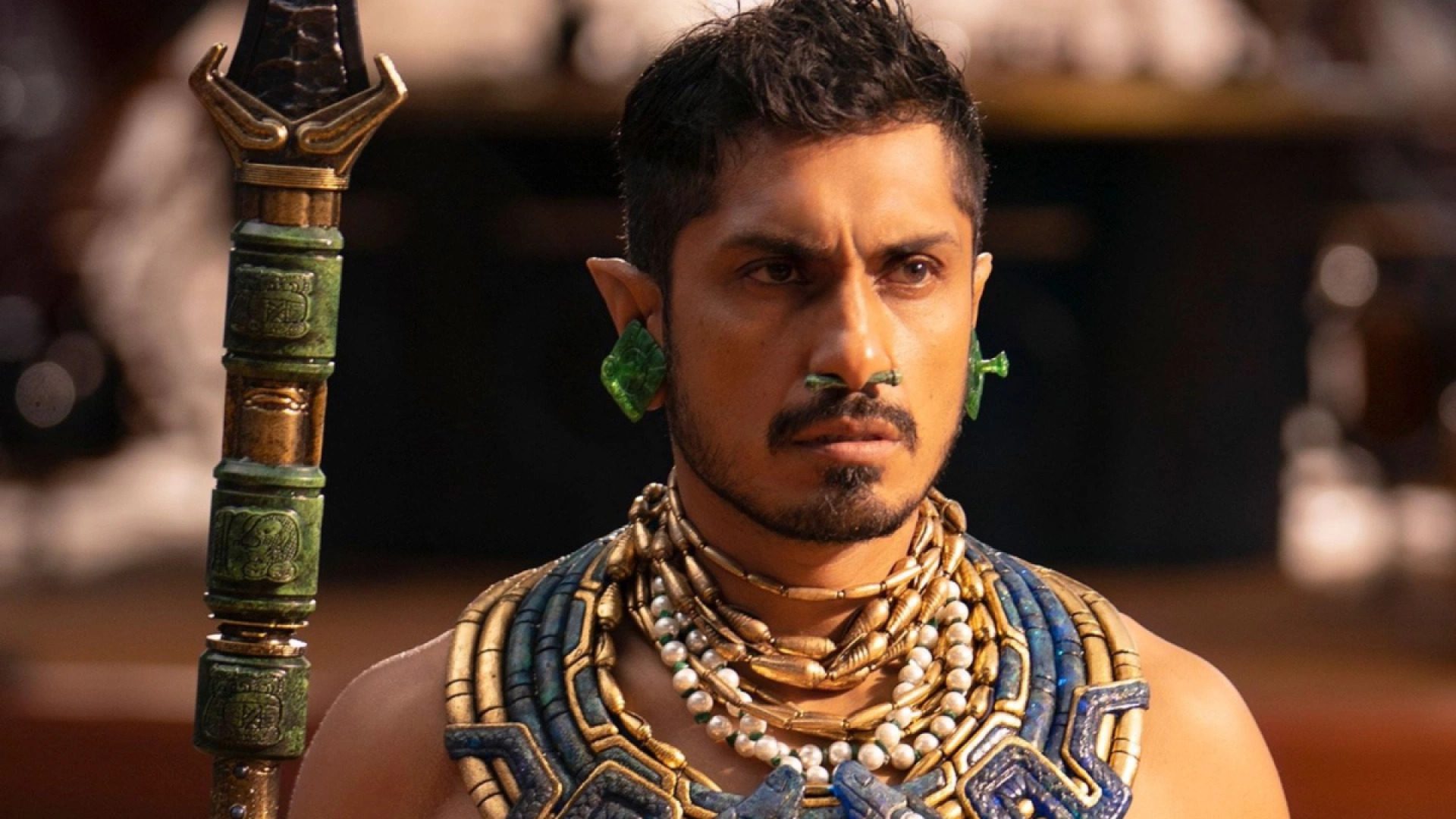 In conclusion, I was surprised that this film was directed by Ryan Coogler. His movies are usually narratively tight and thematically satisfying, but Wakanda Forever lacks a unifying theme. Heck, it lacks a lead character to latch onto. Chadwick Boseman’s performance and dynamic character are a huge part of what sells the first movie. Furthermore, Wakanda Forever refuses to pick a storyline and instead tries to tell approximately three of them in one feature. In Wakanda Forever, people make choices that don’t feel true to character. Beloved characters from the original get the shaft to make room for boring, unlikable newbies. The film is too long and tries to do too much, and the biggest irony is how little actually works. In fairness, Wakanda Forever is a visual feast. The underwater city is a wonder to behold, and the costumes are just as gorgeous as in the first film. A few scenes in Wakanda Forever provide a moving tribute to Chadwick Boseman, but taken as a whole, the movie is unworthy of his memory. Unless you just HAVE to know what’s going on with Valentina Allegra de Fontaine, you can wait until this one hits Disney+.

A few scenes in Wakanda Forever provide a moving tribute to Chadwick Boseman, but taken as a whole, the movie is unworthy of his memory.