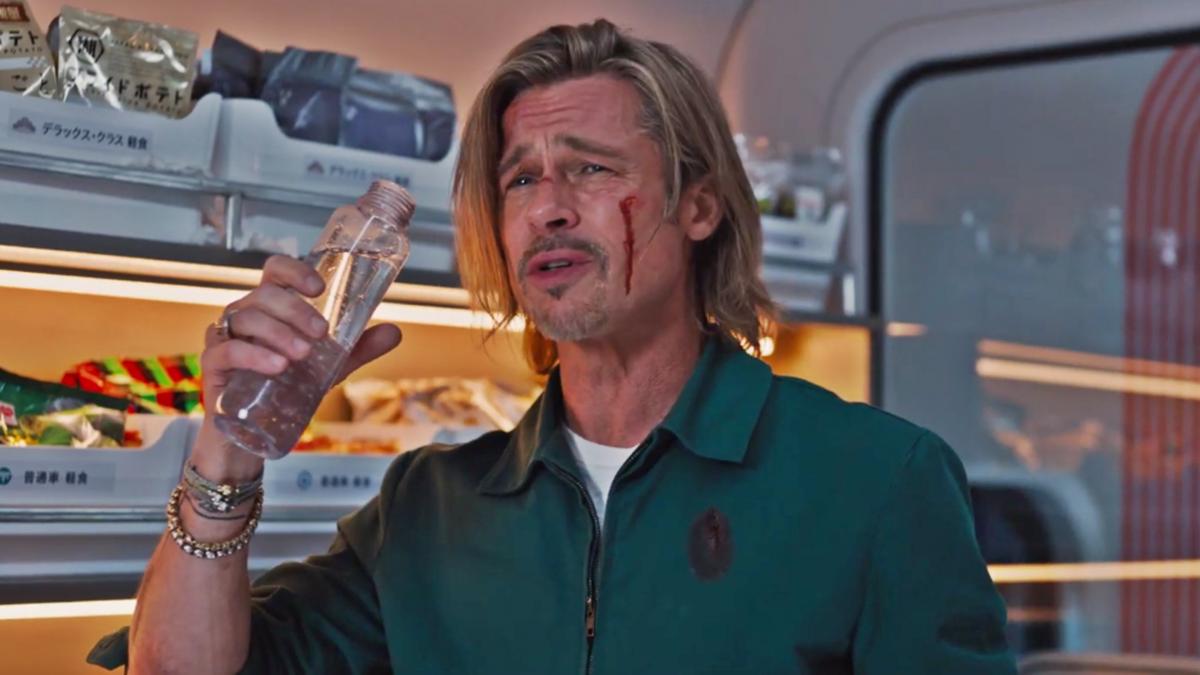 The trailers for Bullet Train advertised a fun, goofy, violent summer movie with charming actors and Japanese versions of American pop songs, and it delivers all of those things. What the ubiquitous YouTube ads didn’t reveal is that it’s a much smarter movie than it appears, a subtly thoughtful – well, I’d maybe stop short of calling a film where Brad Pitt fights assassins with a water bottle and Quicksilver punches a Japanese mascot a “meditation,” but it has a lot to say about luck and fate, and it uses action and comedy to do it.

A mysterious metal briefcase sits in the baggage hold of a bullet train rocketing through Japan, and a series of assassins are all vying for it. There’s The Father (Andrew Koji), a desperate man with an endangered son; Lemon and Tangerine (Brian Tyree Henry and Aaron Taylor-Johnson), two Brits who call each other “brother” and bicker enough to make you believe it; The Prince (Joey King), a sweet-voiced charmer whose schoolgirl looks belie a cold-blooded ruthlessness; The Wolf (Benito A. Martínez Ocasio), a drug cartel killer looking for revenge; and some others I won’t talk about here. And then, there’s Ladybug (Brad Pitt), a middle-aged “collector” seeking enlightenment and a cosmic answer for his seemingly endless string of bad luck. Who hired each of them? What’s in the briefcase? Who will get it, and how many of the others will die in the process?

I’m not answering any of those questions, but I encourage you to go see it and find out because Bullet Train is a terrifically entertaining action-comedy whose pace never lets up, even when the action quiets down a bit. Part of that has to do with the setting; aside from the very beginning and very end, the entire film takes place on the bullet train, and it’s the perfect setting for an action film because it creates a sense of constant movement. When Lemon and Tangerine are arguing about a soiled shirt or Ladybug is admiring the space-age toilet in the lavatory, the world is whizzing by them at two hundred miles per hour, giving every moment a pulsing intensity. And when the action starts, the bullet train is utilized to perfect effect, with each feature proving either useful or fatal depending on who’s taking advantage of his surroundings.

The other reason for the pace is David Leitch, one of the new breed of action directors who actually know how to stage and film an action movie. (Thank God the shaky cam seems to be on its last legs; that was a rough couple of decades for action fans, I tell you what.) Leitch cut his teeth on John Wick and has also directed Atomic Blonde (which I didn’t love, but it looked great) and Nobody (and if you haven’t seen that, you definitely should), and he brings the same propulsive energy to the fights in Bullet Train. What’s great about Leitch is that he isn’t old-school; he’s very much a modern director, but he makes this new method of filming action work. The fights are fast without being incoherent, fluid without being sanitized, and almost balletic in their artistry without losing their bloodiness. They may look pretty, but they still feel like they hurt, and few can pull that off like Leitch. 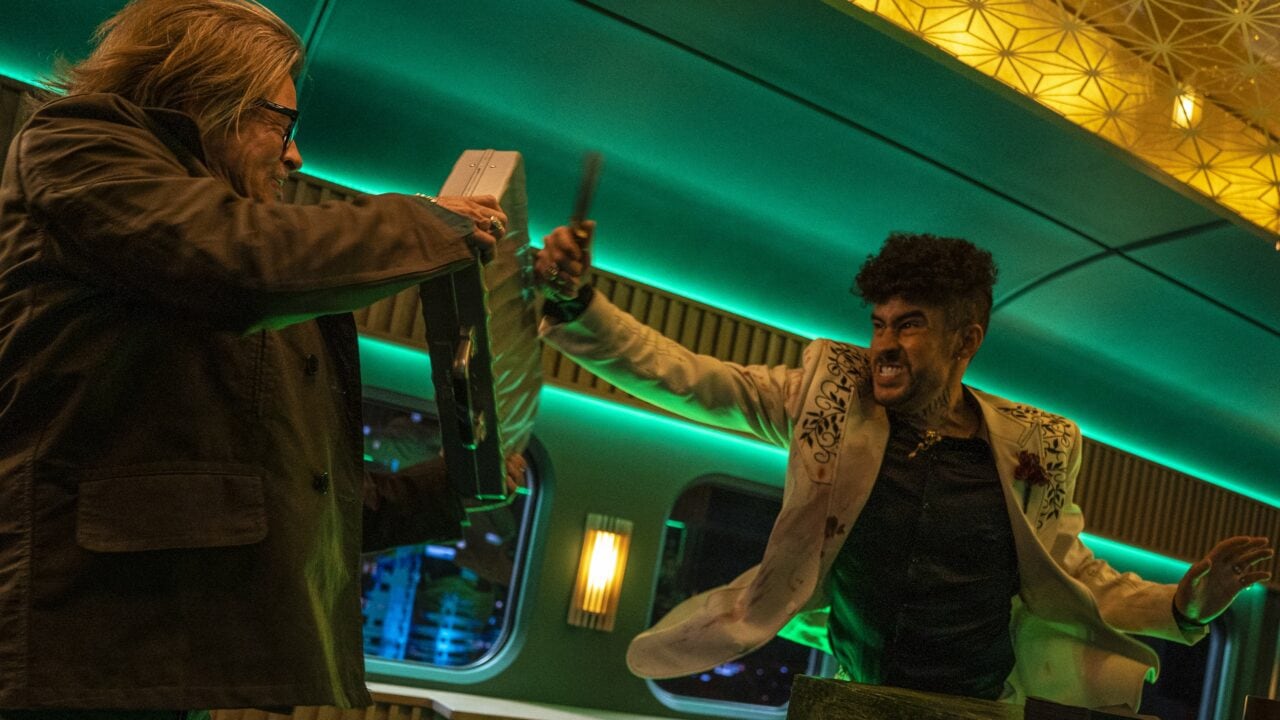 The visuals are helped by the writing, which, while not groundbreaking or anything, is quite sly in its thematic cohesiveness and the way it draws each of these disparate characters into its message, whether or not they realize it. Luck vs. fate is the theme, and it permeates everything; from the more obvious instances like Ladybug ruminating about how the universe has it in for him to Lemon and Tangerine talking about a children’s cartoon, everything is important and serves that theme. Things you’ll think are throwaway jokes impact the story and trigger character arcs, and it’s so surprising because the light, funny tone persists throughout the movie. This is smart writing and directing, and while I’m sure plenty will call this movie “dumb” because it’s not as depressing as a druid funeral, they’re wrong, they’re snobs, and they suck.

All of this is carried on the backs of some stellar actors that bring these crazy characters to life. Brian Tyree Henry and Aaron Taylor-Johnson almost walk away with the movie as brothers-in-contract-killing Lemon and Tangerine. (God, the Michael Caine memes about this movie are going to be legion.) They fight a lot, but they also complement each other; Tangerine is smart, plans ahead, and has no time for frivolity, while Lemon is looser, fun-loving, and almost childlike in his approach to the world. But while Tangerine catches a lot of things Lemon misses, Lemon’s personable nature makes him a better judge of character, and he understands people in a way his all-business brother can’t. But, as with the script, there’s subtle acting going on with these two, and they both use slight gestures or vocal tones to display an affection for each other amid the arguments that is endearing despite their evil jobs. 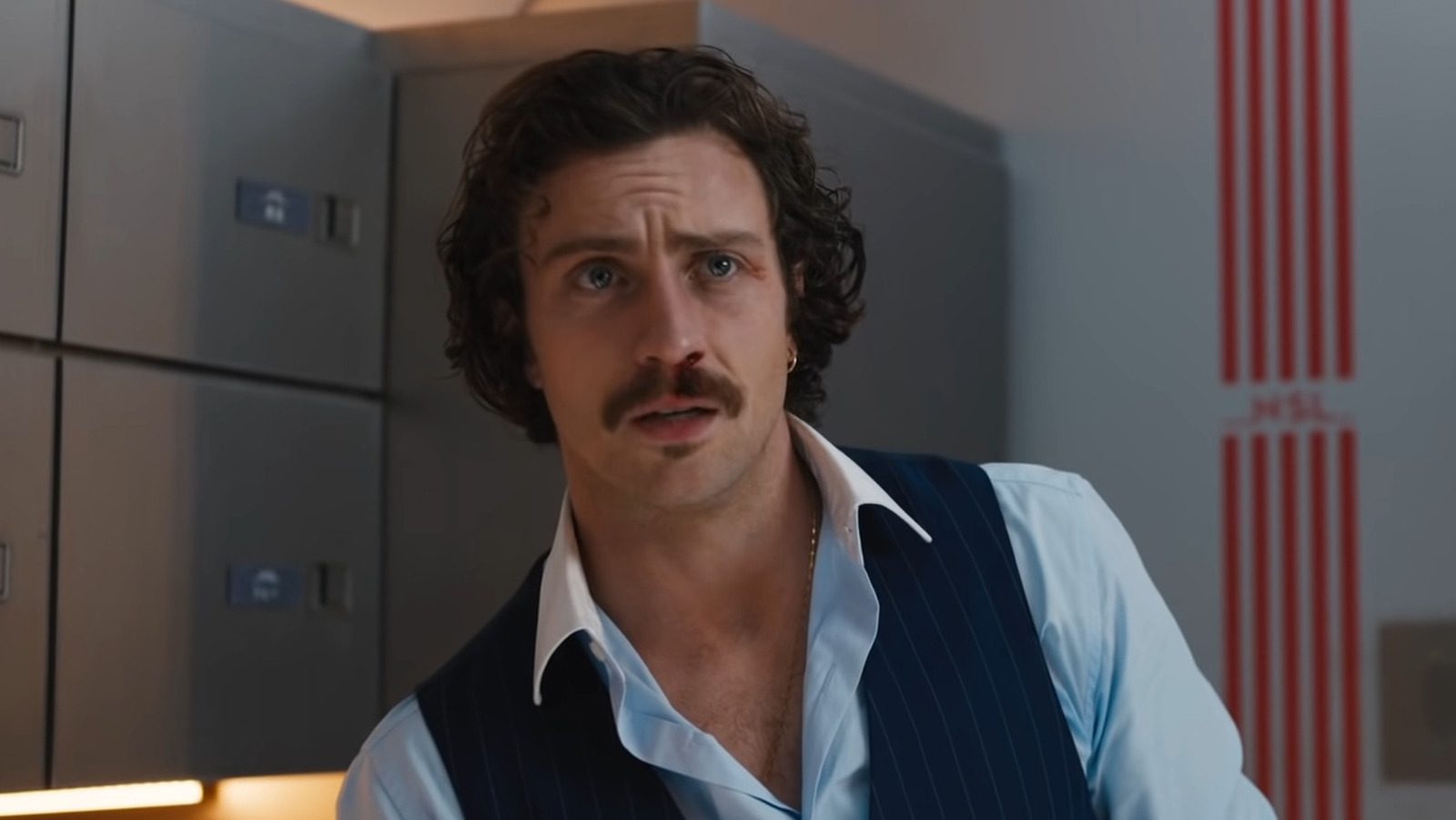 Then, there’s Brad Pitt. A lot of praise has been going to Tom Cruise in recent years for being one of the few remaining movie stars, especially with the success of Top Gun: Maverick (which I still haven’t seen; yeah, I know). But Brad Pitt deserves recognition, too, because he’s another star who refuses to fade, even in a movie like Bullet Train where he’s playing against type. Ladybug is far from the cool guy Pitt would normally play in a film like this; he dresses like a schlub, he prattles on about pseudo-new-age-spirituality via empty maxims, he has self-deprecating tête-à-têtes with his handler over the phone (reminiscent of author Lawrence Block’s Keller series, which is great if you want some reading material) and he curses the dark cloud of bad luck that won’t stop following him. But underneath that is the Brad Pitt charm, the wink that lets us know it’s still him under there somewhere; he’s just having a rough day. Ladybug feels like Floyd, Pitt’s character from True Romance, if he quit smoking pot and became a hit man. He’s trying to make a go of his life, but at heart, he’s tired and just wants to be left alone – an assassin who doesn’t mean anyone any harm. It’s a great role for Pitt, and if Taylor-Johnson and Henry don’t quite steal the movie, it’s because nobody steals a movie from Brad Pitt (except maybe Morgan Freeman).

The rest of the supporting cast is good, too, although some have parts too small to really show off their acting abilities. Joey King can switch from a scared damsel in distress to a ruthless manipulator in an eye-blink, and it’s hard not to both hate and admire the skill and sheer determination of The Prince. Hiroyuki Sanada also shows up as a character referred to as The Elder, and while part of me wishes he had a bigger role in the film, he’s perfect for this one because he radiates a life full of hardship and disappointment, but the peace that comes with knowledge gained and perspective understood. It’s starting to feel like Sanada is in everything, but that doesn’t bother me. Andrew Koji and Benito A. Martínez Ocasio don’t have much to do, but they’re fine in their parts. And there are other actors who pop up in unexpected roles, none of whom I want to spoil (avoid IMDb, Wikipedia, and probably anywhere else that talks at length about Bullet Train like the plague till you’ve seen it), but they’re all excellent too, in different ways. 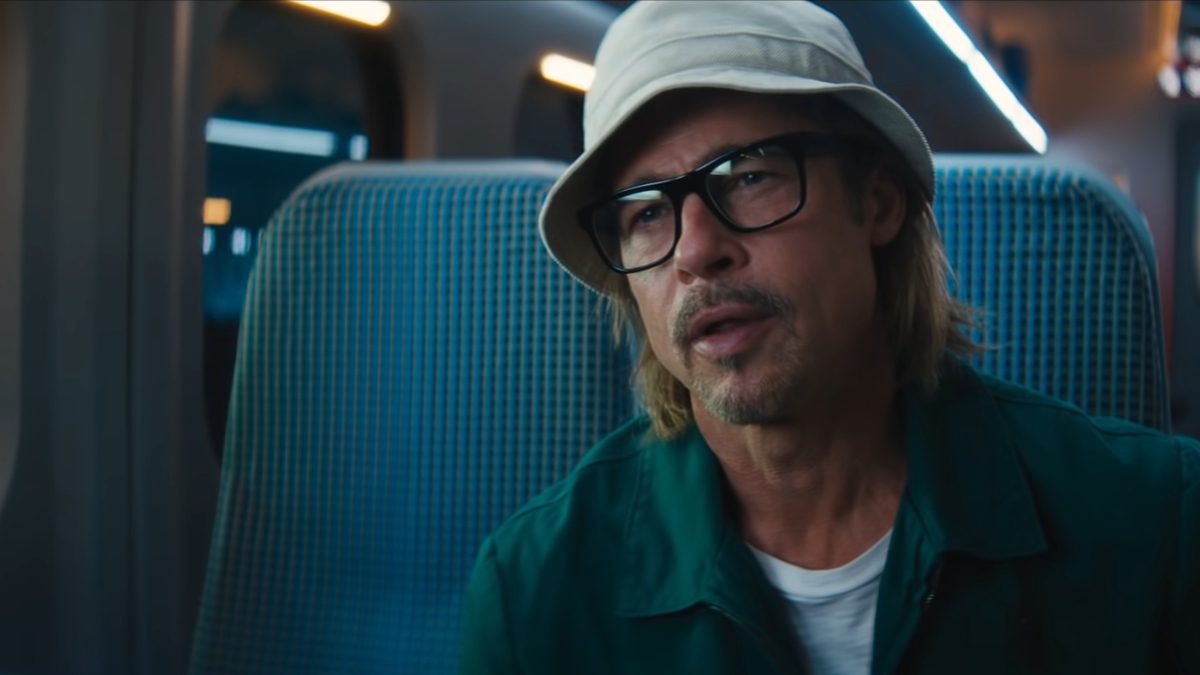 Bullet Train is a late summer crowd-pleaser; the audience with whom I saw it was engaged, laughing and energized throughout. Come for the action and laughs, stay for the characters and philosophical examinations, and then maybe see it again to catch some things you missed, which I plan to do. This is a good one.

Bullet Train is a fast and fun action movie, a comedy with genuine laughs, and a smarter-than-you-think exploration of the nature of fate. Brad Pitt and the rest of the cast are good, and the filmmaking is exciting and engaging.