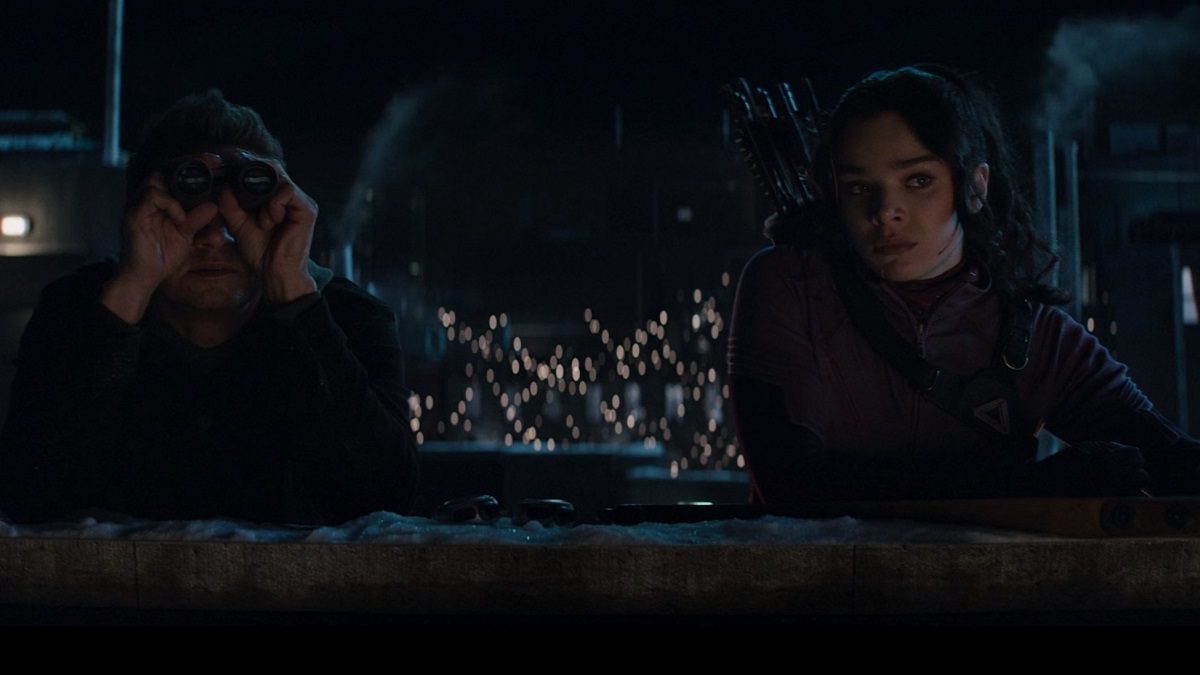 Every so often, a show will deliver an episode that, though unintentionally, perfectly encapsulates the series as a whole. “Partners, Am I Right?” is that for Hawkeye, at least so far. It gives the characters a breather after last week’s action-heavy episode, and while a few meaningful moments make the break worthwhile, it’s mostly a snooze. It also wastes the smidgen of goodwill it garnered through its villain and conflict with a Star-Wars-sequel-style mistake.

After being caught with Clint, Kate comes clean to her mother. Clint must prolong his stay in New York even further as he looks for more lost Avengers loot. Eleanor and Jack continue to act like pale imitations of human beings. Christmas cheer is sought.

Remember that final shot of “Echoes” that suggested the Jack storyline was about to get exciting? That was a total tease because nothing comes of his attempted beheading of Clint aside from an awkward conversation. Clint and Kate decide to tell Eleanor and Jack a version of the truth when Eleanor wonders why her daughter is hanging out with one of Earth’s Mightiest Heroes and why someone used her information to log into her company’s computer system. This is one of those scenes where you can tell the people behind it thought it would be a lot funnier than it turned out to be. Kate and Eleanor’s stilted dialogue is just annoying, and Clint mirrors how I assume anyone watching this is reacting by looking bored to tears and wishing he were anywhere else. This is the first of several moments throughout “Partners, Am I Right?” where you can’t help but feel bad for Jeremy Renner. He’s finally got a solo Hawkeye adventure, and on top of having to share it with his not-so-subtle replacement, this is the material they’ve given him.

Kate is bored too, and once Clint leaves, she’s stuck with the equivalent of two dopey teenagers making out with each other in front of her. This is infuriating, and it makes Eleanor severely unlikable. I know you’ve been a widow for a while, and you can do whatever makes you happy, but you’re going to neck your fiancé in front of your clearly uncomfortable daughter, then piss and moan if she doesn’t grab a set of pom-poms and cheer for you? What kind of person behaves this way? I hope this is intentional; if so, it works as a contrast to Clint, who has a loving, normal, functional family who helps him instead of rubbing his nose in his misfortune. Again, I appreciate Clint and Laura’s dynamic and how she supports and cares for him instead of henpecking him in some “slay queen” pablum that makes you question their marriage. Her urging him to rest and ice himself down, and him listening, is perfect, as is her researching Kate’s dad (anyone else starting to think he’s a red herring?) while making Christmas cookies with the kids. While part of me wants more of Laura, I know this is just the right amount of her and the Barton brood, and I’m glad the show has them for these brief moments.

So, we’ve got two lonely people, one because he can’t be with his family and the other because she’s forced to be with hers. Logically, they’ll have a Christmas party together, and I liked this sequence too. It goes further towards establishing Clint and Kate’s friendship than anything that’s happened before it. (I also appreciate that the only visible movie in Kate’s stack is The Santa Clause, available for streaming on Disney+!) Even the choice of songs is right, with “Mele Kalikimaka” suggesting people getting away from the usual Christmas trappings and doing their own thing. (Speaking of music, for those who don’t live here, Lite FM is a real radio station in New York, and it plays nonstop Christmas music during the Season.) It also leads to a fantastic monologue from Clint about his actions as Ronin, how he brought danger to his family, and how he sees himself only as a killer. Jeremy Renner is fantastic in these scenes, and I like seeing Hawkeye filled with regret, hoping he can make sure he’s the only one who suffers for his mistakes. But it’s the same as last week; as good as this scene is, it reminds you that this should be what the show is about, not Clint passing down his mantle or learning he needs a partner or any of the Kate stuff. 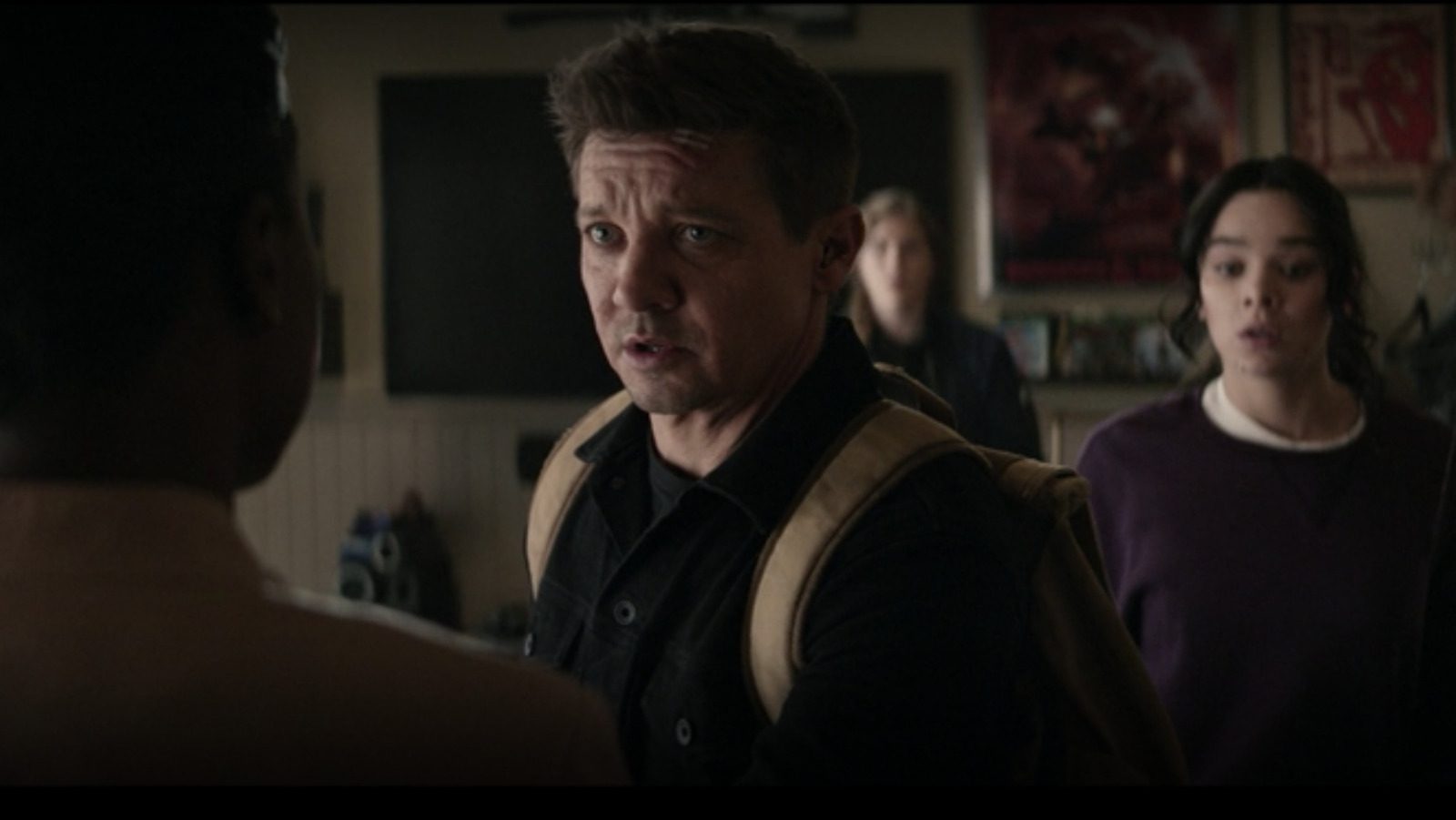 It also shouldn’t have the stupid comedy, and “Partners, Am I Right?” brings back the LARPers to make sure we don’t take anything too seriously. I couldn’t believe they went back to this. Once was too much, but now these people are showing up again? All this because Clint wanted his arrows back? This feeds into my point about Kate being shoehorned in as his replacement; the LARP sidequest is here to give her something to do while Clint seeks out one of the Tracksuit Mafia thugs. Clint could have easily retrieved his arrows with a quick five-second shot of him snatching them after having sneaked back onto the fairgrounds. But we need Kate involved, and we need to ramp up the silliness after that poignant moment of vulnerability from Clint, so here we are. I’m calling it now: the LARPers are going to help Clint and Kate in the climax of the finale.

Speaking of climaxes, the one in “Partners, Am I Right?” is a dud, something intended to make us gasp in awe but only takes up time and accomplishes nothing. Kate infiltrates Maya’s apartment to retrieve the stolen Avengers Rolex watch, but Maya catches her, so a fight ensues. Aside from the fact that, like the arrow retrieval, this should have been Clint and not Kate, the fight takes all the dread out of facing Maya in combat. She was set up as a legitimate threat last week, but now Kate is evenly matched with her? And once the fighting spills out to the opposite rooftop, Maya is thrown around like a rag doll, not just by Kate but by another mysterious fighter who is obviously Yelena from Black Widow well before she’s revealed. This is another example of overstuffing what should have been a straightforward story; we don’t need Yelena thrown into this, just like we don’t need Kate. It should be Clint vs. Maya, which the previous episode set up and which will likely not be paid off because there are too many moving parts. And now that Maya’s skills don’t look so impressive anymore, she joins Kylo Ren in the ranks of villains who were diminished way too early. And that’s what I was getting at in the beginning: much like the series itself, this episode is a mess. 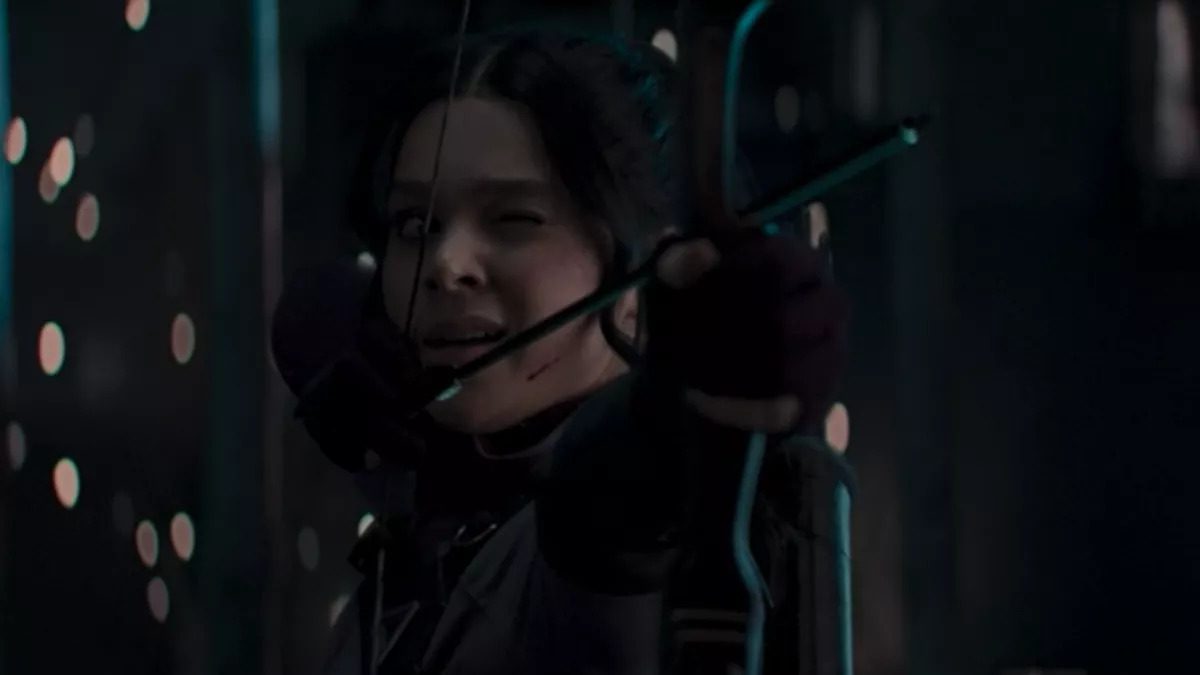 “Partners, Am I Right?” is an uneven episode of an uneven series. It’s boring at times, human at others, not very exciting or funny but with sparkles of heart here and there, and some wistful glimpses at a better show lurking beneath the pile of checklist items the studio likely insisted on including.

“Partners, Am I Right?” is an uneven episode of an uneven series. It’s boring at times, human at others, not very exciting or funny but with sparkles of heart here and there, and some wistful glimpses at a better show lurking beneath the pile of checklist items the studio likely insisted on including.