"The magic isn't just in what you've lost; it's in what you still have." 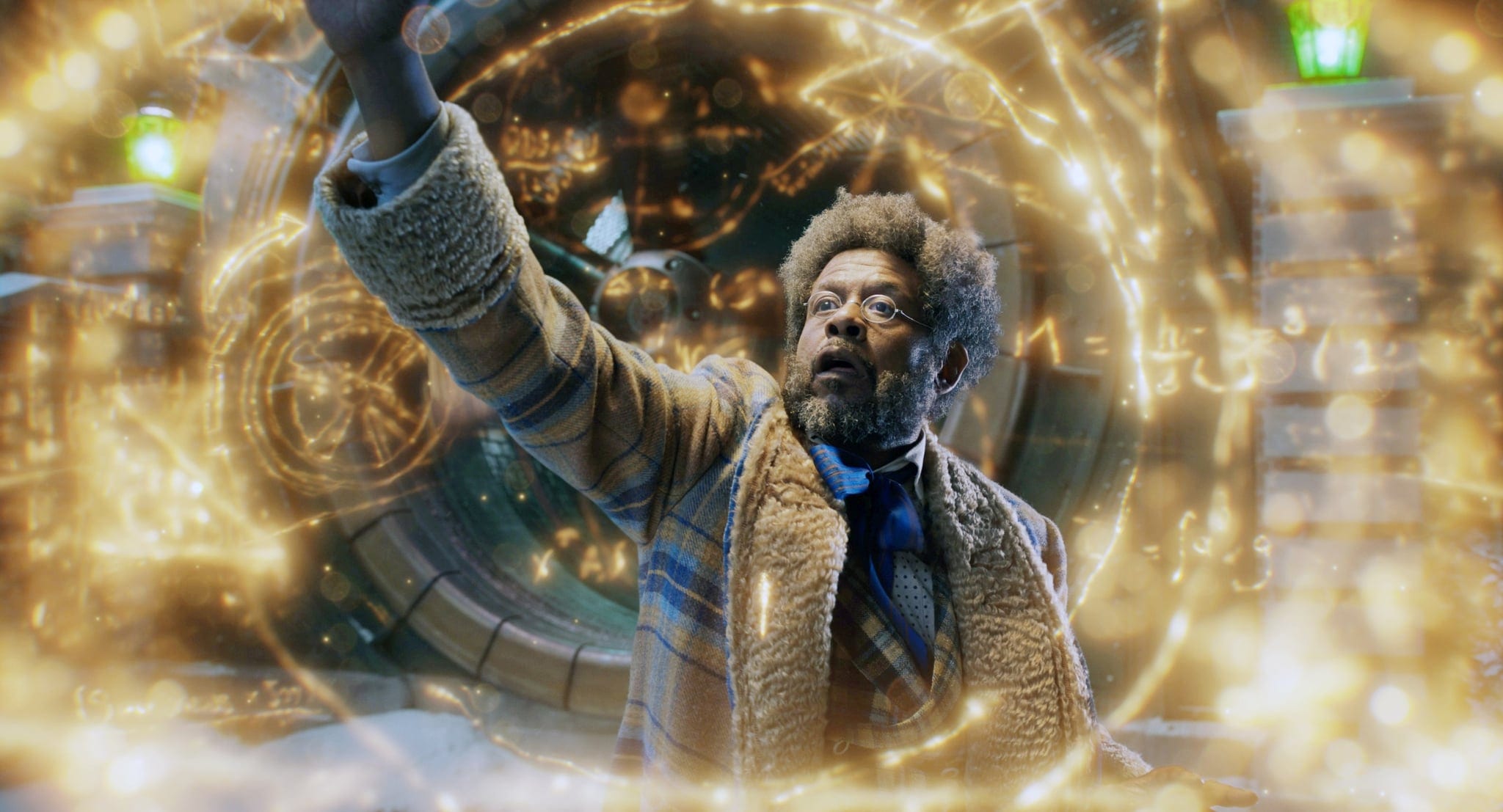 Every year at Christmas time, I try to find a good balance between my usual catalog of holiday favorites and new movies. However, everything has been different in 2020. I was hoping for some sense of a return to normalcy as my favorite holiday neared, but I think we can mostly agree that hasn’t been the case. I haven’t had much time to watch Christmas movies, new or old, though I hope to change that in the next week. A friend of mine gave a glowing review to a new Netflix Christmas movie called Jingle Jangle, and I like Forest Whitaker a lot, so I decided to check it out. Is this a Christmas classic in the making, or are you better off skipping it? Let’s have a look.

Jingle Jangle: A Christmas Journey opens on the evocative scene of a grandmother (Phylicia Rashad) reading her grandkids a storybook on Christmas Eve. Her grandson wants to hear The Night Before Christmas. However, to encourage her granddaughter, she chooses Jingle Jangle, the story of Jeronicus Jangle (Justin Cornwell), the greatest inventor in the world. Jeronicus led an ideal life with his wife Joanne (Sharon Rose) and daughter Jessica (Diaana Babnicova), a promising young inventor herself. He even had a loyal apprentice in Gustafson (Miles Barrow). But everything changed on what should have been Jeronicus’ lucky day. A package arrived with the last part needed to create Don Juan Diego (Ricky Martin), a living, talking, walking, singing doll. Surely this would be Jeronicus’ greatest invention and launch his career to new heights. Gustafson, jealous of Jeronicus’ success and feeling left out, left with Don Juan Diego and Jeronicus’ book of inventions. While this betrayal deeply hurt Jeronicus and left him without his blueprints, he didn’t give up. As his products stopped selling and Gustafson became a bigger and bigger success, things got bleak. Jeronicus was crushed when his wife Joanne died, and he sank into despair, turning his store into a pawn shop. After Joanne’s loss, he pushed Jessica away, and she moved out as soon as she could. Years later, the story picks up when Jeronicus’ granddaughter Journey forges a letter from him to Jessica, inviting them to his shop for Christmas. Faced with his estranged family, can Jeronicus make things right and regain his touch for inventing? 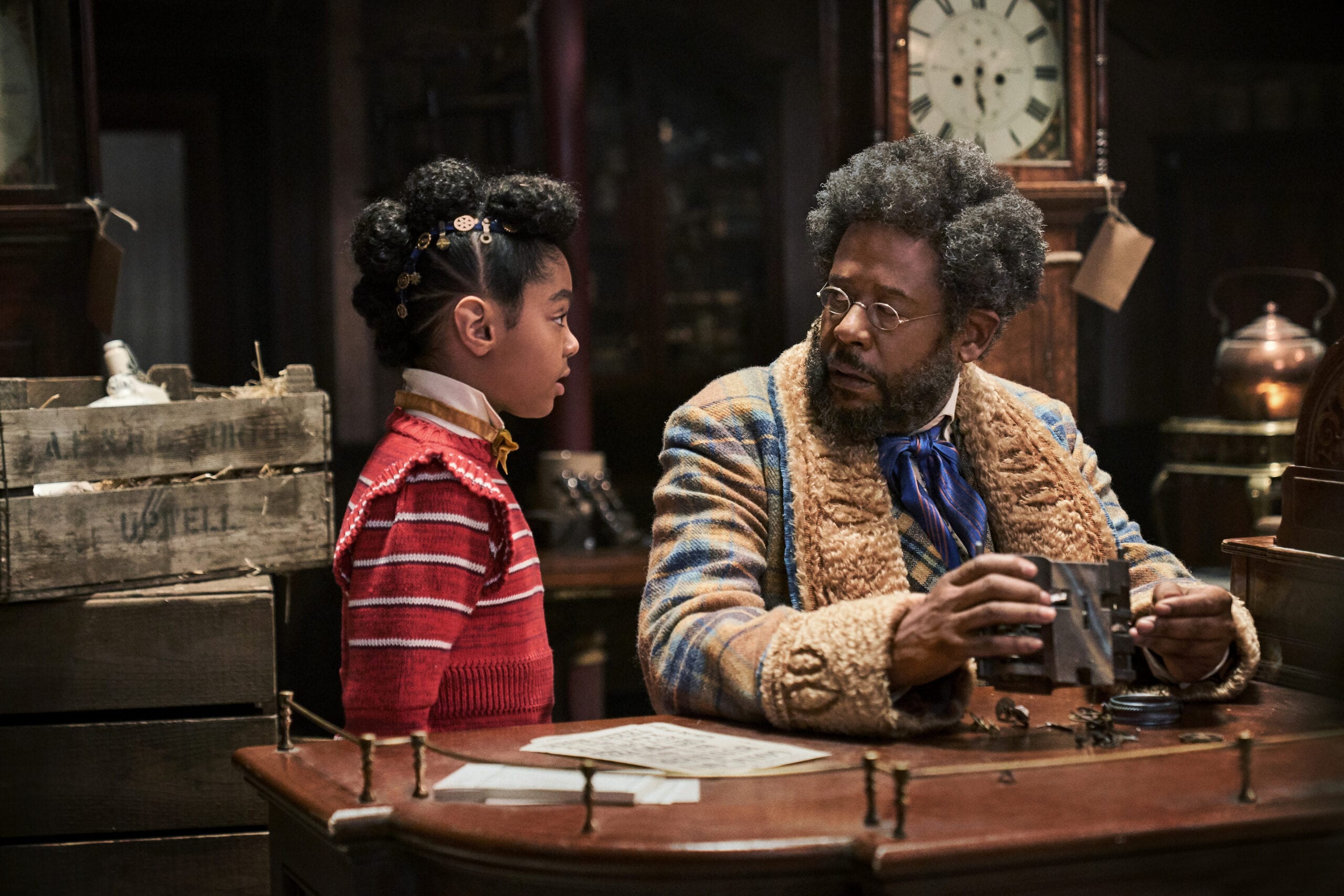 This movie has a sublime cast. I love Forest Whitaker in general, and his presence really made me want to check the film out. He’s excellent in the role of older Jeronicus, and I’m quite pleased with his vocal performance. As much as I admire Whitaker’s acting, I never knew he could sing. It’s nothing life-altering, and professional singers like Anika Noni Rose (Dreamgirls, The Princess and the Frog) as adult Jessica naturally outshine him. But his voice is pleasant, and they give him songs he’s actually capable of keeping up with, which is appreciated. This aspect of his performance is a pleasant surprise, and a welcome change after years of live-action musicals filled with crappy singing and auto-tune. The last live-action movie musical I can remember that had consistently good vocals was 2017’s The Greatest Showman. I like this movie a lot better than that one in the story and character departments. I’m also glad to see Rose in a movie musical, especially one so whimsical and grand. I haven’t seen her in much, and I think she’s more of a stage actress, but I admired her powerhouse vocals in The Princess and the Frog, and she brings the screen presence to match. Seriously, put this woman in more musicals. You can keep your Emma Watson, Amanda Seyfried, etc. 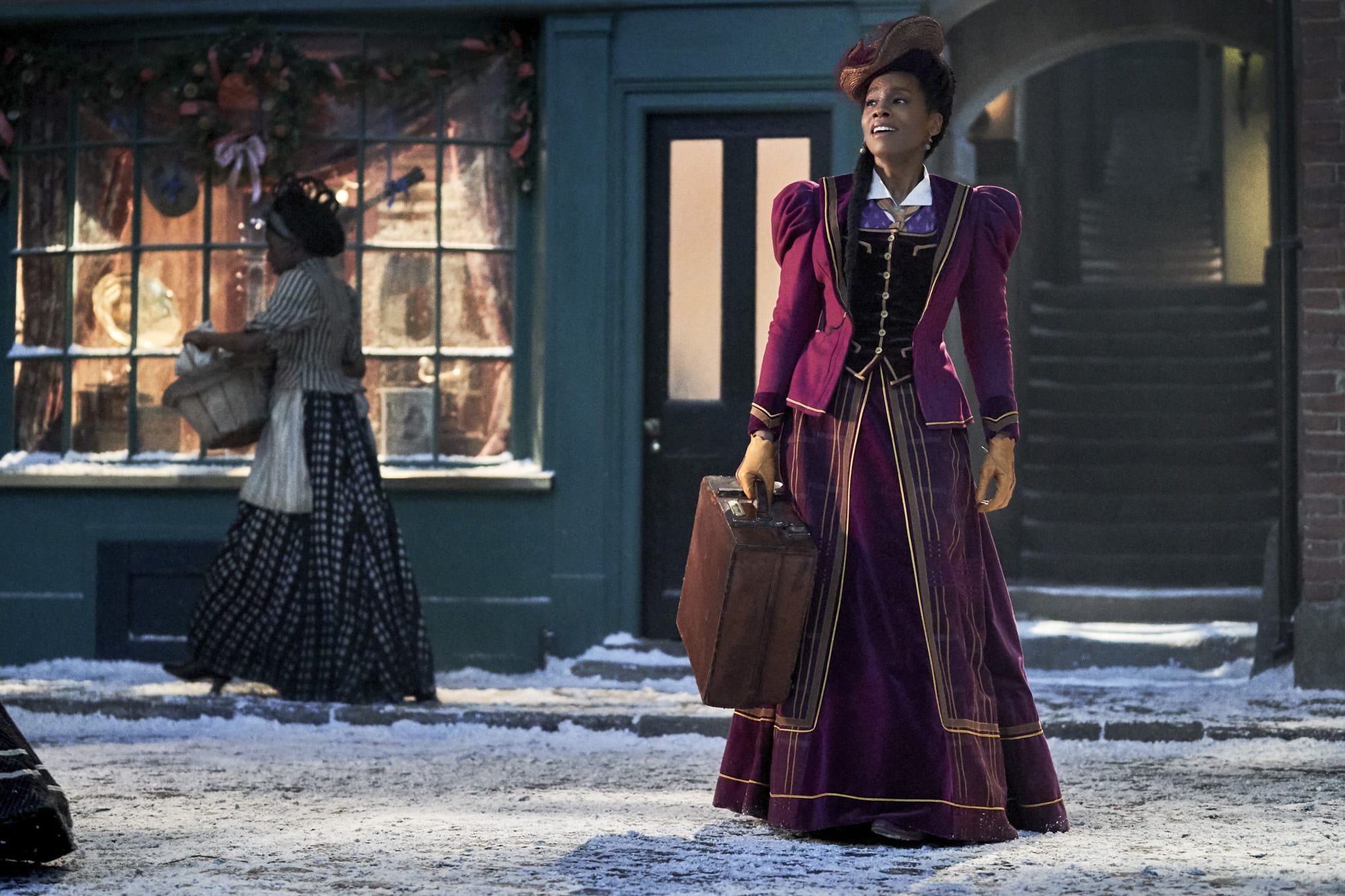 Phylicia Rashad is delightfully whimsical. The relationship she has with her grandchildren (Ria Calvin, Kenyah Sandy) is believable and forms a solid bookend for the main story despite not taking up much runtime. Justin Cornwell is also excellent as young Jeronicus, a hopeful, confident toymaker in his prime. He forms the perfect contrast to Whitaker’s Jeronicus, despondent and resigned to the loss of everything he once held dear. Keegan-Michael Key is perfect as Gustafson. I have some issues with the character I’ll get to later, but none of them involve his performance. He’s another actor who surprised me with his singing chops, and he’s quite funny and charismatic. Ricky Martin is also good as Don Juan Diego. This movie has a big cast, and I don’t want to talk too much about them, but I will say that the child actors are terrific. Madalen Mills as Journey has a beautiful voice, and she has good chemistry with Forest Whitaker. It’s easy to see both why she initially annoys him and why he ends up embracing her wholeheartedly. 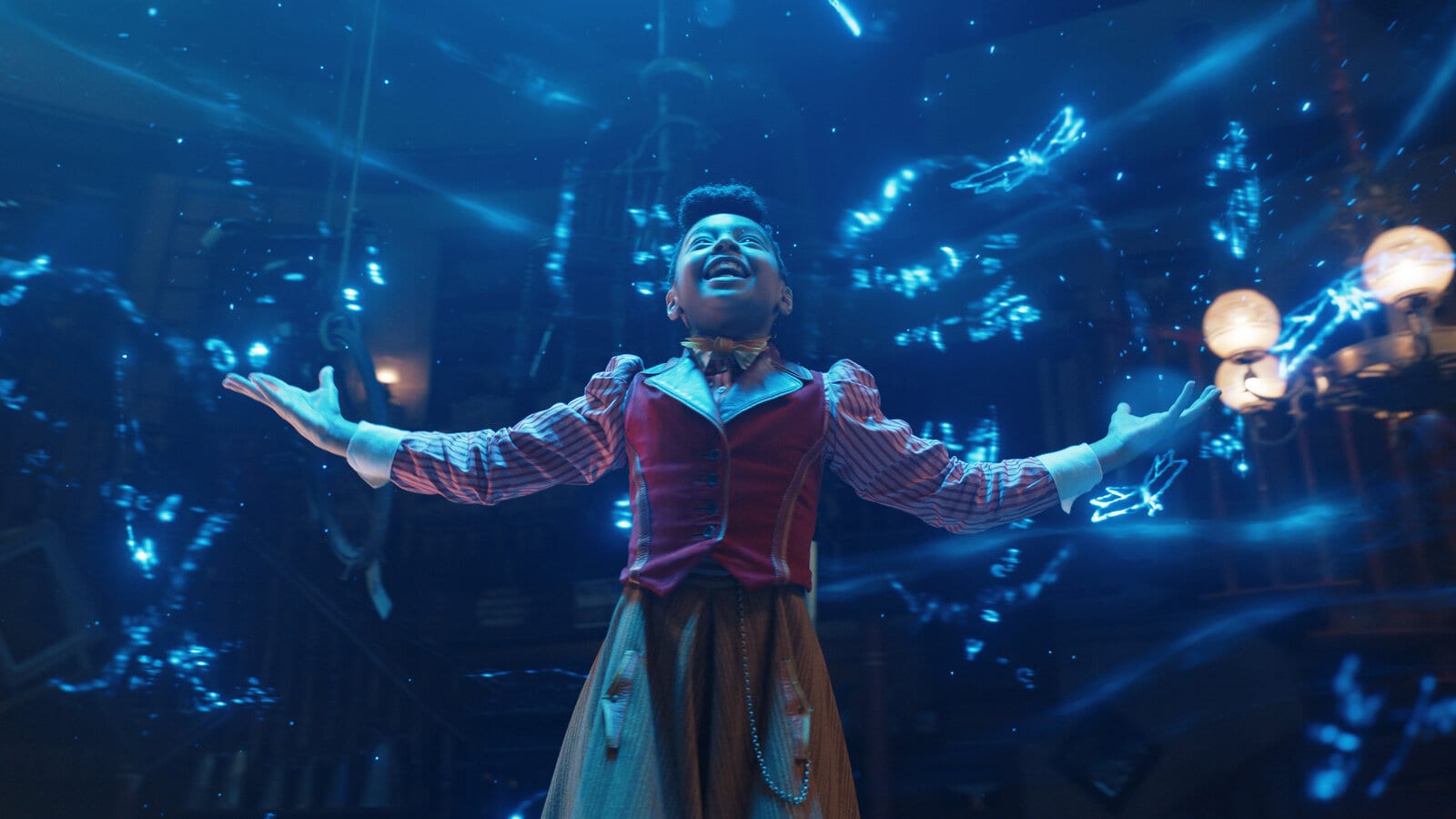 The songs in this film are absolutely infectious for the most part. I’ve actually never heard of Davy Nathan before, but I’d like to hear more of his work. Most of the songs push the story forward, and they all develop the characters. My personal favorite is “Make it Work” for a few reasons. Anika Noni Rose is finally allowed to belt it out, and it’s glorious. She and Forest Whitaker sound wonderful together, and I love that they’re talking about two different things. Rose’s Jessica questions whether the broken relationship with her estranged father can be saved, while Jeronicus is literally talking about making his invention work. Prior to this sequence, I wanted more of Jessica both because of who’s playing her and because I saw her connection with Jeronicus as more interesting and important than her daughter’s. This is the first time Journey meets Jeronicus, whereas Jessica has been spurned by him and left to figure life out all by herself. The scenes they share, though, are more than worth the wait. I expected to enjoy this movie, but I didn’t think it would have me in tears. I also like Journey’s songs “Not the Only One” and “Square Root of Possible” a lot. They’re a little less unique and personal, but they’re pretty, and we learn a lot about her character through them. The villain songs “Borrow Indefinitely” and “Magic Man G” are a lot of fun, especially the latter. This is a splendidly staged scene, and the song will be stuck in your head for days. “This Day,” the movie’s opening number, defines the film’s tone, and it’s also very catchy. “Over and Over” is an understated number that gives Forest Whitaker ample opportunity to sing without being overshadowed, and its contents are heartbreaking. 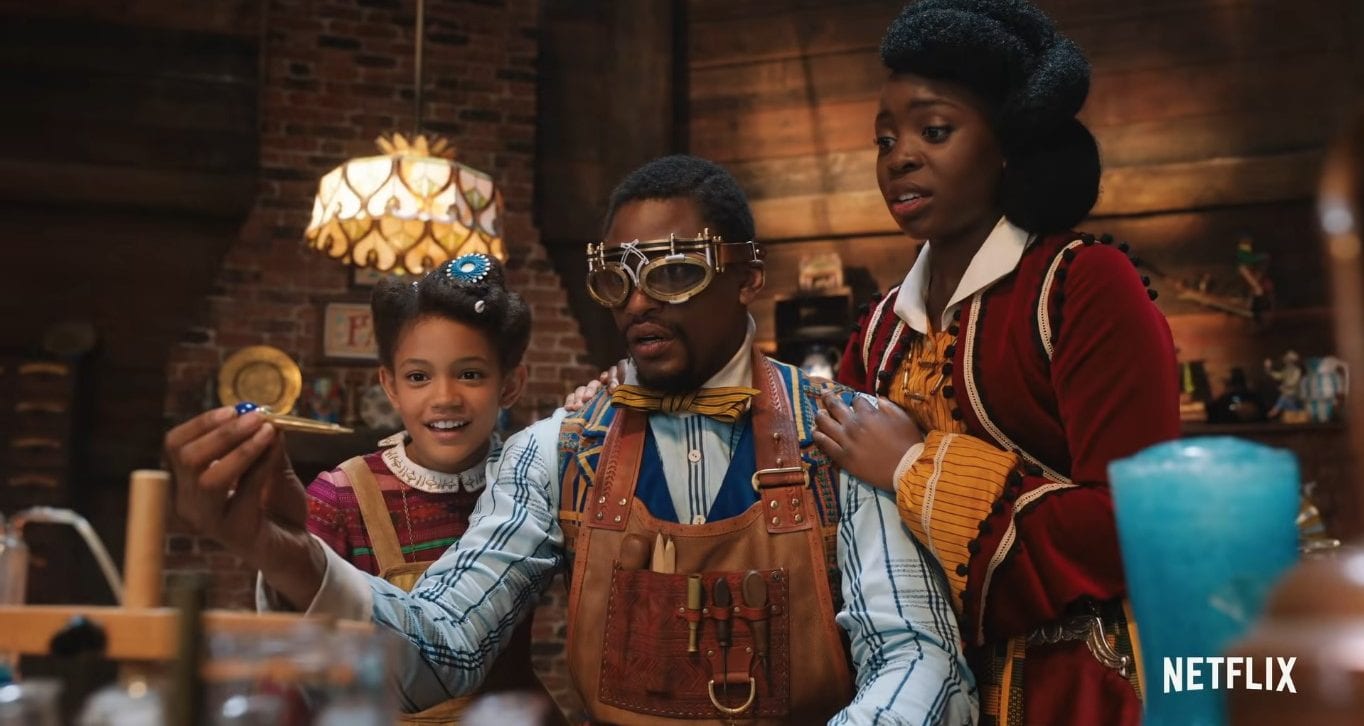 It probably sounds like I liked the film’s characters a lot, and I do. The struggles Jeronicus goes through are easy to sympathize with, and it’s genuinely magical the way his family brings love and creativity back into his life. I like many of the side characters as well, like Jeronicus’ self-proclaimed apprentice Edison (Kieron L. Dyer) and Ms. Johnston (Lisa Davina Phillip), a powerhouse singing postwoman who just happens to be in love with Jeronicus. She also has her own trio of background dancers/singers. While their performances are quite charming, Jeronicus’s incredulity at the sight of them is enough in and of itself. I do have some problems with the film’s characters, though. Ricky Martin and Keegan-Michael Key are great in their roles as the film’s villains, but I think they needed more presence in the story. Don Juan Diego isn’t in the movie very much, and at times I questioned why Gustafson was stupid enough to be duped by him. He doesn’t seem dumb otherwise, and as Jeronicus implied, Gustafson could have been a great inventor if he just had more patience. Diego is too mean and not flattering enough for Gustafson to genuinely want to help and listen to him. For that matter, what talent or advantage does Diego bring to their partnership? Gustafson does all the work while being berated and mocked incessantly. I like both characters on their own, especially Diego’s design. He looks really cool, and I like Martin’s voice for him. But as a pair, I just don’t understand these characters. What holds them together other than the story needing a villain? It also feels like the movie is trying to juggle too many characters, but overall, it works out alright. By no means does it ruin the film; there’s just a lot going on. I also don’t really care for the movie’s climax, in which Journey and Edison break into Gustafson’s factory to steal back Jeronicus’ stolen invention. It happens really fast, too fast in fact, but it’s boring. It feels like a dull pit stop at a gas station, there only because it has to be, interrupting a fun, scenic road trip. 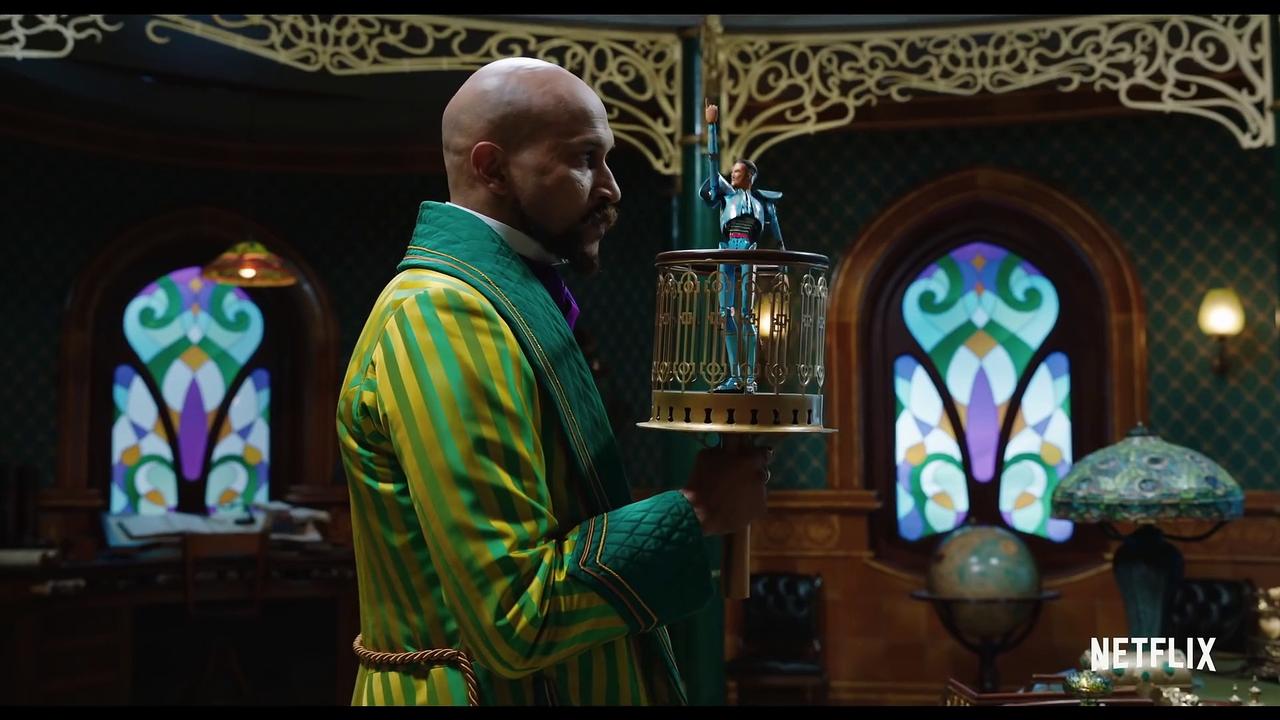 However, I find it easy enough to get past the film’s faults. There’s a lot to love here, and this really is a Christmas movie in every sense of the word. I’ve surprisingly seen a few mean-spirited Christmas movies in the past few years, ones that just don’t feel like Christmas. Jingle Jangle isn’t at all like that. I’m not sure if it really reaches Christmas classic territory, and we don’t know for a long time anyway. But this movie is visually resplendent, its music gorgeous and mostly very original, and the cast is just incredible. If you’ve had a year like I have (and, honestly, I think we all have), this movie is the warm hug you need. It’s hopeful, magical, emotional, and imaginative. This redemptive story of the greatest inventor who only wishes he was the greatest father exemplifies the Christmas spirit better than many holiday movies I’ve seen, and I’d recommend it wholeheartedly. Just make sure you have your dancing shoes – and a box of Kleenex – nearby.

There's a lot to love here, and this really is a Christmas movie in every sense of the word. Jingle Jangle is visually resplendent, its music gorgeous and mostly very original, and the cast is just incredible.