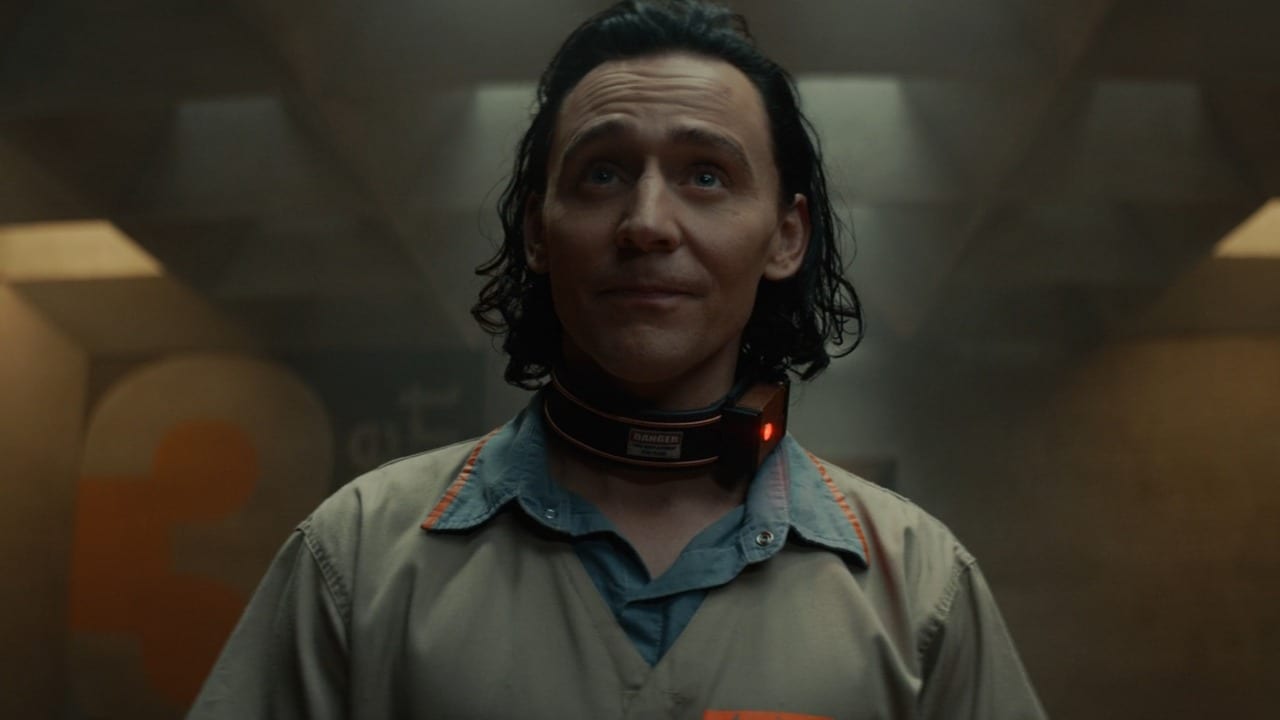 Loki was supposed to be my reward for sitting through The Falcon and the Winter Soldier. After a series of lectures about race and borders and how terrorists who gleefully kill innocent people are the real heroes, the God of Mischief was set to bring back the fun that had been sucked out of the room through identity politics and an inordinately large focus on a decaying boat. We’re only one episode into Loki, of course, but if “Glorious Purpose” is any indication, Marvel is mostly done with fun. All the promise this show held has been jettisoned so we can rehash Loki’s blandest storyline, sapping away all the most interesting parts of his personality and leaving him a generic character in a show that could have had any title.

Okay, maybe that’s a bit melodramatic. There are some good points to “Glorious Purpose,” and it’s possible they’re setting us up for a big surprise, just like Loki would. But I don’t think they are, and the road they’re traveling with one of the MCU’s most compelling characters is the dullest one they could have possibly chosen.

Following his escape from a grisly fate during the events of Endgame, Loki finds himself stranded in the middle of the Gobi Desert in Mongolia, where he immediately revives his “born with glorious purpose” speech for a group of onlookers who can’t understand a word he says. In short order, a team of armored enforcers from a mysterious agency arrive through a portal, capture him, and drag him away in handcuffs and a collar that forces him under their control. It’s a smaller-scale version of how these things always go for Loki: he projects his superiority over the weak but is quickly undermined before others defeat him.

Loki emerges in the headquarters of the Time Variance Authority, or the TVA, and it’s in the production design of this location that “Glorious Purpose” is at its best. The TVA base is the perfect representation of what an intergalactic government building would look like. It’s drab and dingy, has bored and incompetent workers with a smug air of unearned authority, and puts Loki through ridiculous paces like signing a massive document no one could ever have the time or patience to read. The waiting room before his judgment (for a crime he doesn’t even understand) is essentially the DMV, where visitors are compelled to take a number, no matter how empty the room may be. When he shows up, Owen Wilson’s Mobius M. Mobius fits right in, with his short cop’s mustache and lousy suit.

In fact, the TVA is a good metaphor for “Glorious Purpose” as a whole; effective but not very interesting. The show says what it wants to say, but it’s dullsville squared watching it happen. For instance, it takes over fifteen minutes of this forty-minute episode (plus about ten minutes of credits – and there’s no post-or-mid-credits sequence, so you don’t have to sit through them) to finally get Loki to the courtroom to face his inquisitor. I get it; you feel like you’re being shuffled around a government building, just like Loki is. But that doesn’t make it fun or interesting, and for a character as dynamic and unpredictable as Loki to be stuck in this place for the entirety of the very first episode was a mistake. What happened to all the mischief he was going to cause once he not only escaped from the Avengers but did so with the Tesseract in his hands? The very first scene undoes every bit of that potential. 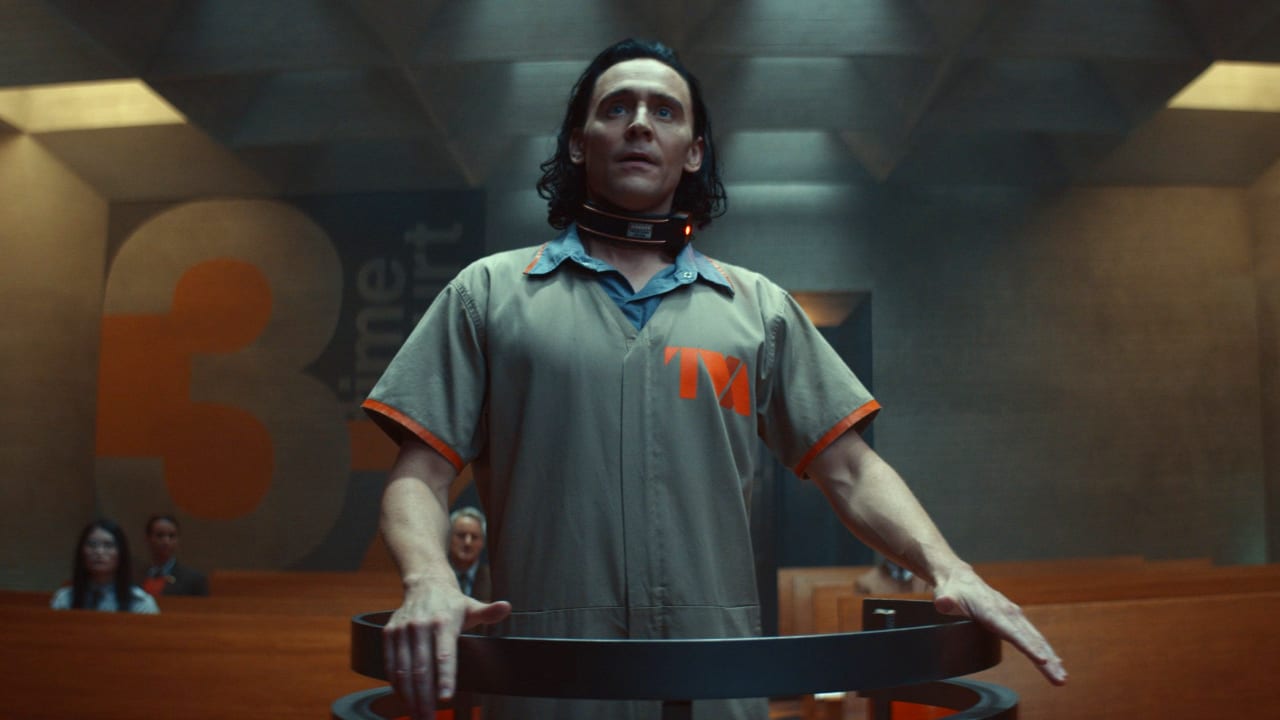 Speaking of undone potential, another fun thing about Loki was supposed to be that this was a version of the trickster god who hadn’t achieved redemption. This is the Loki who wanted the throne of Asgard, who killed without compunction and thought of humans as ants facing his boot. Marvel could have its Breaking Bad or Sopranos with this show (not that it would have been as good; I’m enthusiastic, but I’m not crazy), following a legit villain played by an endlessly charismatic actor as he plied his wicked trade. But no, “Glorious Purpose” sets up yet another redemption arc for Loki, and to add insult to injury, it does this by giving him an MCU clip show. Loki has to sit there with the least-fun Owen Wilson ever and watch scene after scene of the latter Marvel phases until he’s caught up with us. And, like his trek through the TVA’s bureaucracy, this takes entirely too long. Who in their right mind begins a series this way? Isn’t the point to make viewers hungry for more?

“Glorious Purpose” finally gets enjoyable when Loki gets hold of the device the TVA is using to control him (a nice nod to the general ineptitude of government flunkies) and has his run of the place. The single most satisfying scene is when the head time cop shows up to arrest him again, and Loki gets the collar off of himself and onto her, then zaps her backwards and forwards in time, both toying with an adversary and figuring out how his new weapon works. It’s classic Loki, entirely in character with the trickster, and it’s a slice of the payback we’ve been waiting for him to get against these fascists. (And that’s what people who arrest you for a crime no one knows about and judge you based on secret rules in private are; if this show is smart, it will show how both Loki and the TVA are fascists who don’t even understand what they are.) But Loki quickly learns how powerful the TVA is when he discovers that the Infinity Stones themselves are essentially paperweights in their world. 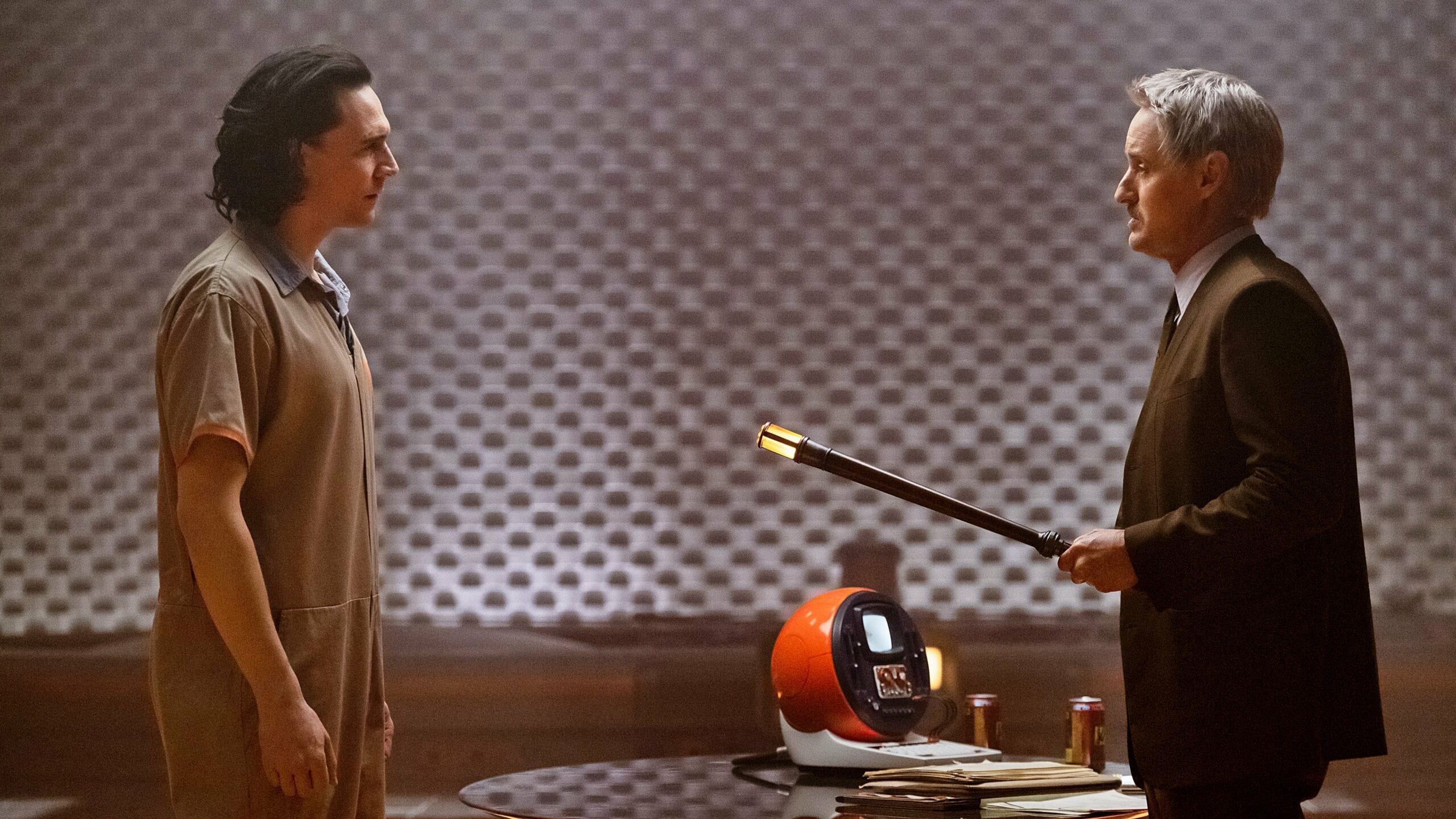 That scene is what gives me a glimmer of hope for the future. When we next see Loki, he’s watching more This Is Your Life clips and laying his insecurities bare for Mobius, promising to be better and help the TVA take down a villain. (That this villain is an evil version of Loki – which is what the main version was supposed to be, dammit! – further indicates a redemption arc.) But when Loki looks around the building and says, “Is this place the true power in the universe,” I wonder if redemption is another ruse, and Loki really is going to try to destroy the TVA and steal its power for himself. I’ll be ecstatic if that turns out to be the case, but I’m not getting my hopes up yet. Most of the evidence in “Glorious Purpose” points to Loki changing his evil ways. I imagine Loki will pick up at least a little bit as it goes along – stuff will probably happen in subsequent episodes – but it’s not going to be nearly as fun as it could have been, and that may be the biggest letdown these Marvel Disney+ series have delivered so far.

“Glorious Purpose” is an inglorious start to Loki, stripping a compelling character of virtually everything that makes him so and stranding him in a listless pilot for what looks to be a mostly unimaginative show. It may get better down the road, but it’s off to a bad start.

“Glorious Purpose” is an inglorious start to Loki, stripping a compelling character of virtually everything that makes him so and stranding him in a listless pilot for what looks to be a mostly unimaginative show. It may get better down the road, but it’s off to a bad start.

Such a waste of talent.

This needs one of those “You were the chosen one” memes. I figured at least it would be fun.