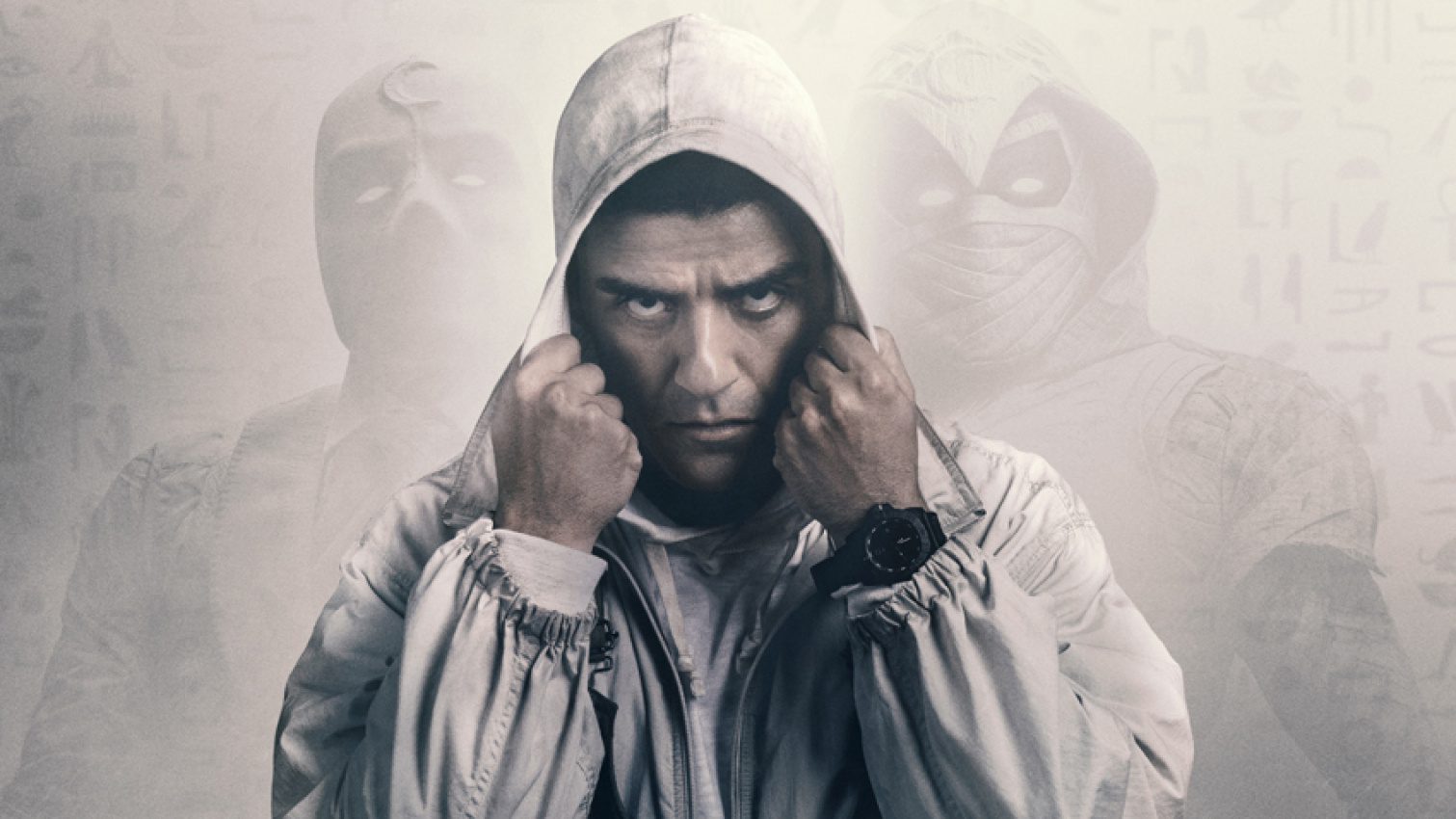 The fall, the crash, the customary Disney+ abolition of quality have begun in Moon Knight episode 3, “The Friendly Type.” All stakes and consequences are thrust to the wayside in favor of debasing Marc Spector and Khonshu to show the superiority of other characters. This episode is by far the worst of the series yet. The best words to describe it would be boring and pointless, as little actually occurs in the episode and what does happen has minimal consequences. Even the final moments, which end on a cliffhanger intent on implying a consequence, will be swiftly undone next week.

This all too predictable fall from quality is all that can be expected from Disney+ following years of mediocre-to-horrible shows. Some of these shows started with promise, but they all ended in disaster. Moon Knight has begun its path toward such a disaster. The difference, however, is only partially due to political motivations on top of bad writing. This time, there are some political motivations setting up future issues, but the majority of the problems come from simply lousy writing, which may be called progress, yet the result is still a poor product.

“The Friendly Type” picks up with Marc in Egypt, hunting down leads on Harrow’s location. When Marc’s first attempt to hunt down Harrow ends in a dead end, Khonshu summons a meeting of the gods to beg for their aid against Harrow. The madness of Marc convinces the other gods of Harrow’s innocence, but one god shows mercy and gives Marc a hint of where to find a clue toward Ammit’s tomb.

Reunited with Layla, Marc tracks down the sarcophagus of an ancient medjay that carries a clue to Ammit’s tomb. This culminates in an underwhelming fight sequence with poor CGI and character degradation of Marc. With the clue in hand, Layla and Marc escape to the desert and solve the puzzle. Unfortunately, the clue came in the form of star coordinates for the night sky 2000 years ago. Immediately throwing out any other plausible alternatives, Khonsu decides to turn back the sky, reshaping the entire universe back to how the sky looked 2000 years ago. With only moments before the other gods imprison Khonsu for this crime, Layla manages to pinpoint the location of Ammit’s tomb using the new sky. Khonshu is imprisoned, and Steven is left unconscious as the episode closes. Despite the visuals of that final universe-warping scene being incredible and supported by good music, the repercussions of such a drastic change to the shape of the universe will be summarily ignored going forward. Turning back time, at least for the sky, would have grave consequences on our environment and humanity. Following the snap and other such Earth-shattering moments, it is reasonable to assume that humanity could bounce back from such an event quite easily. However, nature would have a much harder time being so resilient. With the moon and the stars, including our sun, landing in different places, our environment will fall into chaos.

With the moon moved, tides will be all out of whack, and the sun, even if only moved slightly, will heat or cool the Earth in extreme ways. This sequence was quite the spectacle and could have worked if the episode had gone to the effort of immediately undoing such a drastic change. But as far as is known, the change was permanent, leaving the Earth in disarray. It is unlikely that the writers will acknowledge this going forward, or were even aware of these consequences, so this black cloud will hang over the rest of the show.

There are some massive and overarching flaws and issues with “The Friendly Type” that summarily destroy engagement. But when it comes to minor flaws, the majority of them are derived from poor choreography and rough CGI. The episode opens with an awkward dance fight sequence that feels in no way connected to the tone or aesthetic the rest of the series had been operating within. The fight choreography is weak and poorly executed, leading to very little realism in the fight sequences. Additionally, there is some inconsistency in the density of the Moon Knight armor. In one sequence, Moon Knight is tanking bullets with no problem, implying that he is bulletproof. Mere moments later, in the same sequence, he is stabbed by multiple spears, implying that he is not “spear-proof.” Such inconsistencies have existed in Marvel in the past; some directors choose to strategically sacrifice realism for spectacle. However, this episode takes that to an extreme, destroying immersion and making it difficult to enjoy the episode. The only good parts of this episode are the performances of Ethan Hawke and Oscar Isaac, as always. Both actors still bring their A-game, and they are very enjoyable to watch. However, even the talent of these prestigious actors cannot save such a terrible script from producing a terrible product.

Layla is just as insufferable as she was in the prior episode. She’s dismissive of both Steven and Marc while whining half the time. When she wasn’t whining, she’s ordering around Steven, Marc, and even Moon Knight. Additionally, the writers can’t keep her character’s knowledge consistent. They partially wanted her to be the audience surrogate, asking all the questions to fill in the viewers’ gaps in knowledge. But they also can’t show her in the “weaker” position of knowing less than anyone else. The byproduct of this flip-flopping is a very inconsistent character. One moment, she knows all the mechanics of Steven and Marc’s disorder, telling them when to switch back and forth; the next, she’s all confused and asking basic questions about what’s happening. This inconsistency, coupled with her unlikability, gives the audience no reason to relate to her or even care if she does indeed become the next Moon Knight, as is again set up. She is not a good character by any stretch of the imagination.

In the last couple of episodes, it was less noticeable, but in “The Friendly Type,” Khonshu’s weak dialogue is pushed to the forefront. This character may have the voice of an intimidating person, but his dialogue comes off as extremely cheesy, like something a snappy middle school girl would say. This weak and altogether cheap dialogue keeps Khonshu from appearing as the ancient deity with extreme gravitas that the show wants the audience to believe that he is. Instead, he’s just a whiny kid that makes unnecessary, universe-warping choices. He deserves to be locked up for all eternity, as he ends up being.

One small thing the episode tries to hint at is the idea that there is another personality inside of Steven and Marc that is far more dangerous than the other two had previously supposed. Similar to the Beast in Split, this monster is uncontrollable and frightening, liable to destroy everything the other personalities hold dear. This personality seems unique as well, not needing the other personalities’ permission to come to the forefront. Steven and Marc seem to need each other’s permission to switch back and forth, but the beast can spring out at any moment danger is imminent.

As first theorized on the RealBBC, it seems likely that this may be setting up a metaphor for toxic masculinity. The show may be leading toward both Steven and Marc agreeing that they must be locked away forever and that Layla should be the new Moon Knight, all to protect the world from their “toxic masculinity,” or their beast within. This is not certain, but it would align with current Marvel and Disney.

The unforgivable sin of “The Friendly Type” is its treatment of Marc. Many fans enjoyed or at least tolerated Steven with the expectation that Marc would be a competent and confident figure, giving the series some needed testosterone, masculinity, and direction. Moon Knight desperately needs a more traditional hero, or even antihero, with the strength and commanding presence to lead the show. What the audience got instead is a weak and incompetent goof who cries and spends far too much of the episode on his knees. Marc is just as much out of his depth as Steven is.

The only confident person who ever seems to know what she’s doing in this show is Layla, further degrading Marc and Steven. Without a strong leading character, Moon Knight is falling apart at the seams, revealing the ineptitude always hiding beneath the quick cuts and shallow aesthetic of the previous episodes. At this point, neither Marc nor Stephen seems worthy to be the avatar of Khonshu nor Moon Knight, further setting up the show’s desire to replace them with Layla. 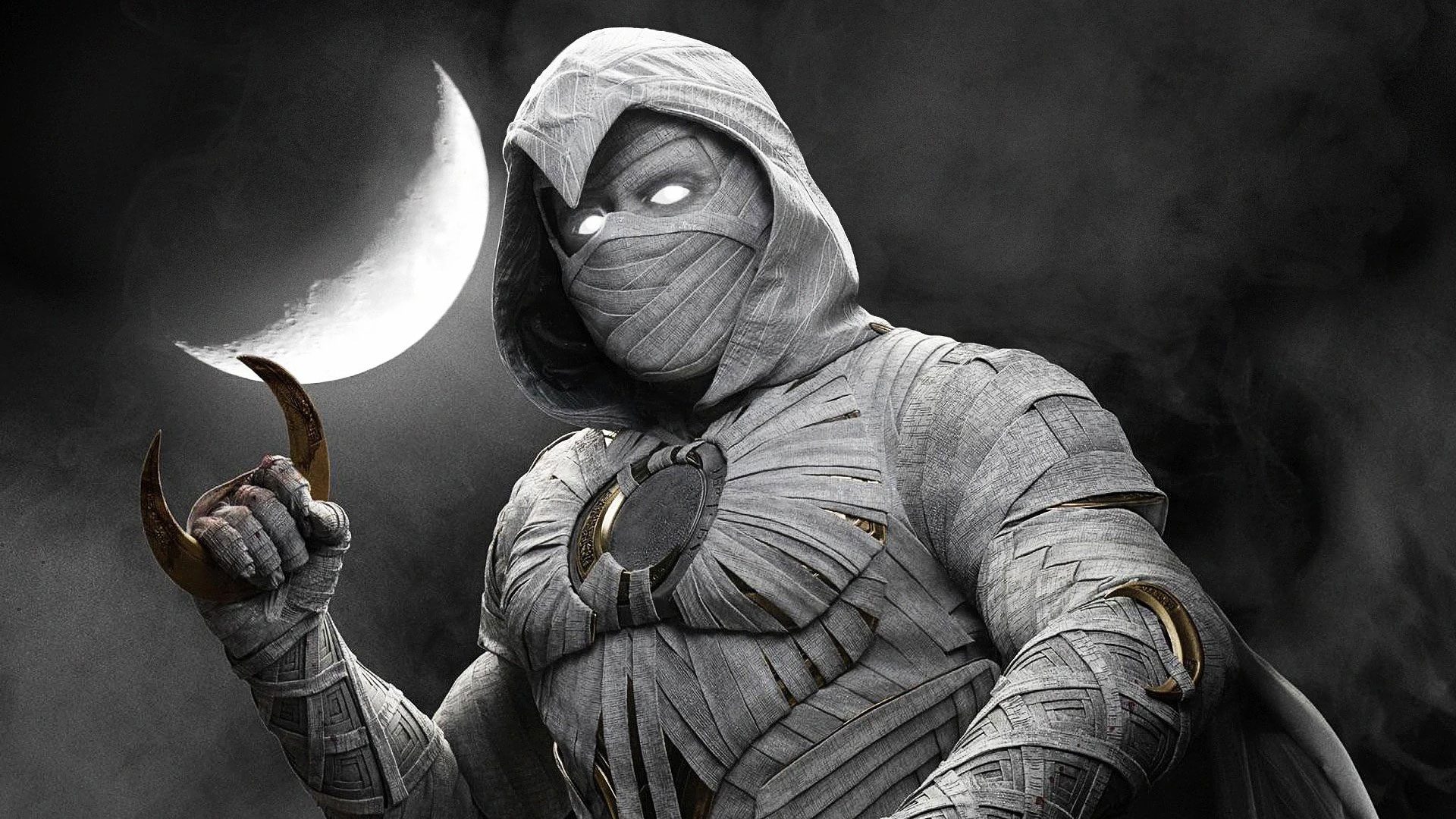 Overall, “The Friendly Type” is a steep decline in quality from the prior installments, revealing how poor those initial episodes truly were in retrospect. The subsequent episodes may bring the show back up to the OK level, but it is more than likely that this downward trend will continue until the finale. The eventual crash and burn appears to be almost inevitable at this point. “The Friendly Type” is a waste of time and damages far more than it sets up, resulting in a boring and pointless chapter of Moon Knight.

This episode is a waste of time and damages far more than it sets up, resulting in a boring and pointless chapter of Moon Knight.