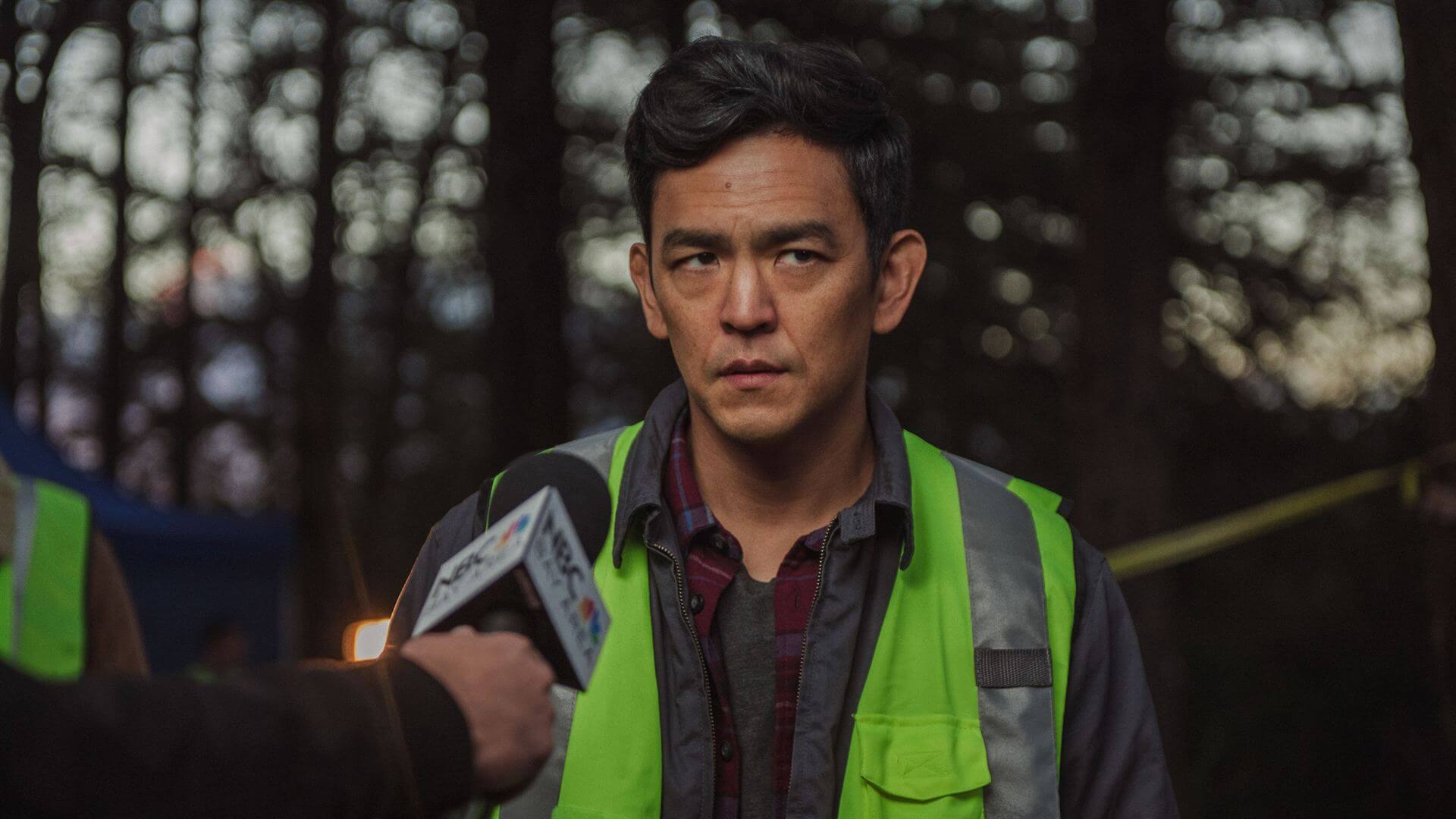 I wasn’t too sure what to think of Searching when I first heard about it. The premise sounded like something I would love, but the way it was presented gave me reason to doubt it. I love trying new things, but telling an entire story from inside a computer screen seemed like a bad gimmick. Luckily, Searching uses that gimmick to its advantage and delivers one of the best movies I’ve seen in 2018.

Searching follows David Kim, whose daughter Margot goes to a late night study group and never comes home. He reports her missing, and now he must help the lead investigator on the case find out exactly what happened to Margot. This leads him to check all over the internet for clues. He soon learns that he didn’t know everything about his daughter.

The plot of Searching is really well executed. On the surface, it’s a simple story about a father trying to find his missing daughter, but having it all unfold on a computer screen makes it so much more than its basic premise. This is clear from the very first scene, which lets the audience know that this movie is really about family. One of my concerns was that this style of filming would cause a disconnect between the audience and the characters. To that end, they used the opening scenes to establish what David’s family means to him. This makes his character instantly likable, as well as makes it so much harder to watch him go through this ordeal as we delve deeper into the movie. The visual storytelling is a big reason why Searching works so well. Being that you’re watching a computer screen, there’s usually a lot of information to process in each shot. Every photo and obscure line of text can either give a clue to help solve the case or give you a better understanding of what kind of people David and Margot are. There are a lot of different clues given in the movie as well. It’s up to the audience to try and figure out what is valuable information and what’s not. This keeps you invested in every moment of the story, even when the movie slows down, which it does at times.

David, as a character, is fantastic at being the emotional core of the movie. As I mentioned before, the opening scenes give us a glimpse into what his family really means to him. The only person he has left in his life that matters is his daughter. There is never a moment in this movie where his love for her doesn’t shine. Even when he starts to learn more about Margot, he never devotion to her never wavers. The little bit of parenting we do see from him reflects this idea: he is tough on Margot, but not overbearing. When she tells him that she’s staying out all night to study with a group of friends he isn’t mad that she’s staying out; he’s sad because she’s going to miss having dinner with him. Every moment with her means the world to David. This comes through so clearly in John Cho’s performance. The pain David is feeling is always clear. Cho wears all of David’s fear and stress on his face, and I found myself hoping that Margot was okay because I just wanted David to be okay. There are times when the audience can see David cracking under the pressure and stress of the situation. His behavior becomes more erratic as the film progresses, but it’s never done to the point of absurdity. John Cho has come a long way since Harold & Kumar Go to White Castle, and this is my favorite performance of his so far.

Director and screenwriter Aneesh Chaganty elevates Searching to a place where it becomes much more than a movie that takes place on the internet. He’s able to capture how some people have their whole lives on their computer. The shots here also have a lot of misdirection. Searching will pull you in and make the focus of the shot one thing, but there’s something else on that screen that would’ve been even more helpful to see. We also experience David’s personality through the lens of this computer screen. We get a sense of common behaviors other movies wouldn’t have the opportunity to explore. 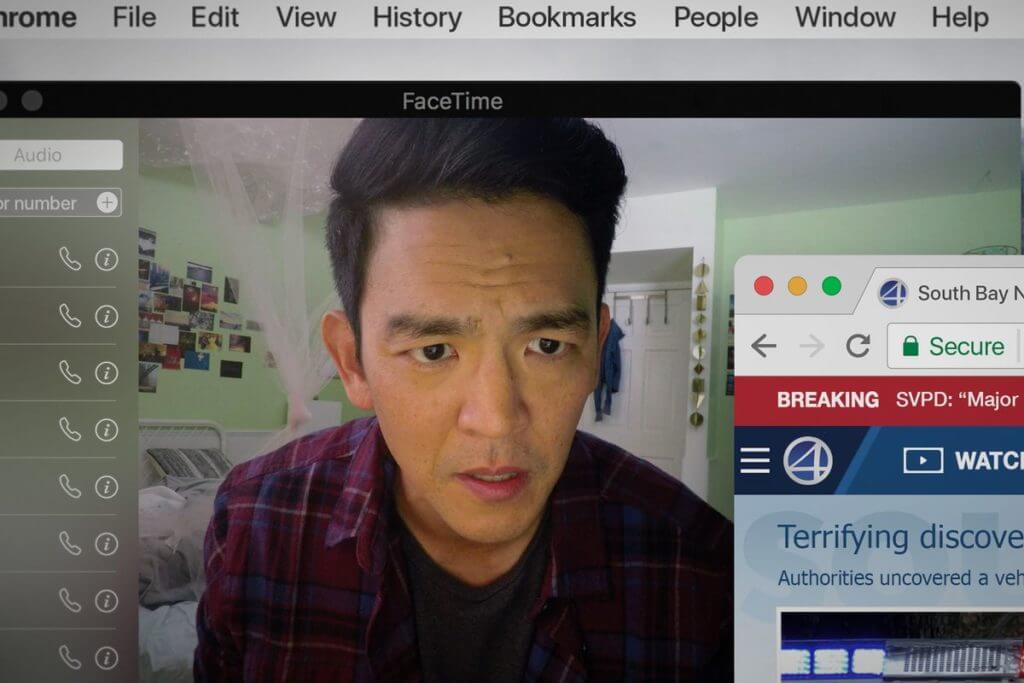 Chaganty’s script has a lot of twists and turns too. I remember thinking I had everything solved three or four times throughout the movie and I was completely wrong. The genius is that, with a close attention to detail, it is possible to figure out the mystery before it’s revealed. When I went back and watched Searching a second time, I felt stupid because all of the pieces were there. The music helps these situations by building the tension beautifully. A lot of the tracks are played during scenes where David is looking for clues. Scrolling through social media profiles isn’t exciting on its own, but adding an appropriate track changes the entire tone of the scene.

Overall, Searching is a brilliant thriller that had me at the edge of my seat the entire way through. The story is filled with plenty of elements to keep the audience guessing. It definitely goes in some very unexpected directions, and the big reveal at the end hit me way deeper than it probably should’ve. There’s a specific moment where I looked at the movie screen and my jaw just dropped; that’s how immersed I was in the experience. All of this comes together so beautifully because of Aneesh Changty’s direction. This movie is only possible because people today live so much of their lives through a computer screen. Even if this style of filmmaking hasn’t been fully explored yet, there’s a feeling of familiarity for the audience because looking at a computer is normal to us. If you’re in the mood for a suspenseful thriller, then I urge you to go to the theater and check out Searching.

Searching is a brilliant thriller that uses a computer screen to give us a window into our characters' lives. With great writing and solid direction, Searching is a gem that shouldn't be missed.