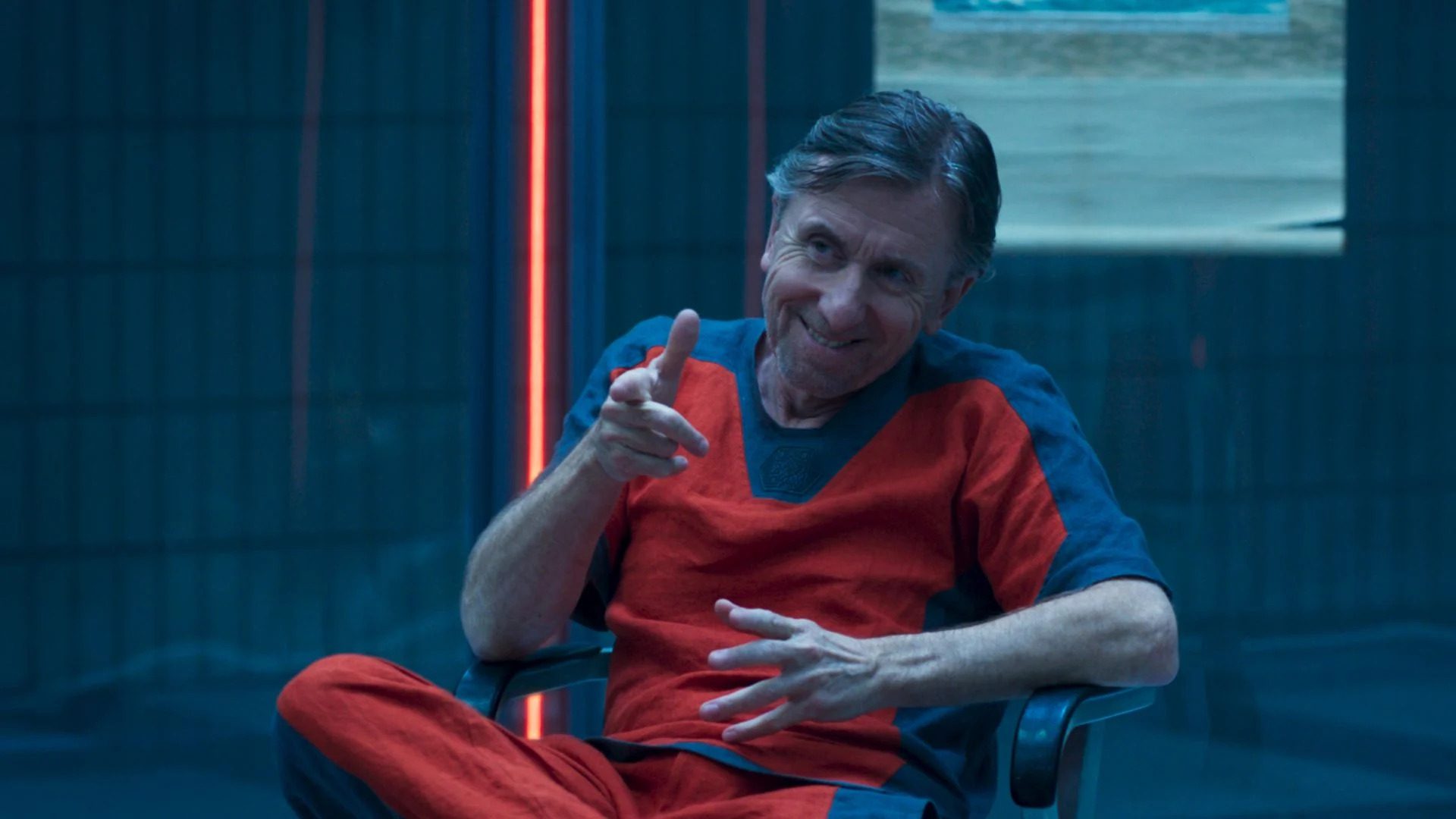 And, we’re back. While the pilot of She-Hulk: Attorney at Law was as bad as we all assumed it would be, the second episode was a vast improvement, indicating the shift from girls-rule-boys-drool nonsense to an intelligent show that wants to explore some complicated moral questions through a relatable hero. “The People vs. Emil Blonsky” is a quick reality check, disabusing the gullible (like me) of our optimism. This week, She-Hulk drops its feigned aspirations and returns to cartoonish feminism, rushed storytelling, empty-headed messages, bad acting (from good actors), and broad and unfunny attempts at comedy.

Jen asks for help from another Marvel movie guest star as she prepares to defend Emil Blonsky at his parole board meeting. A former colleague of Jen’s hires her firm to represent him in a lawsuit. 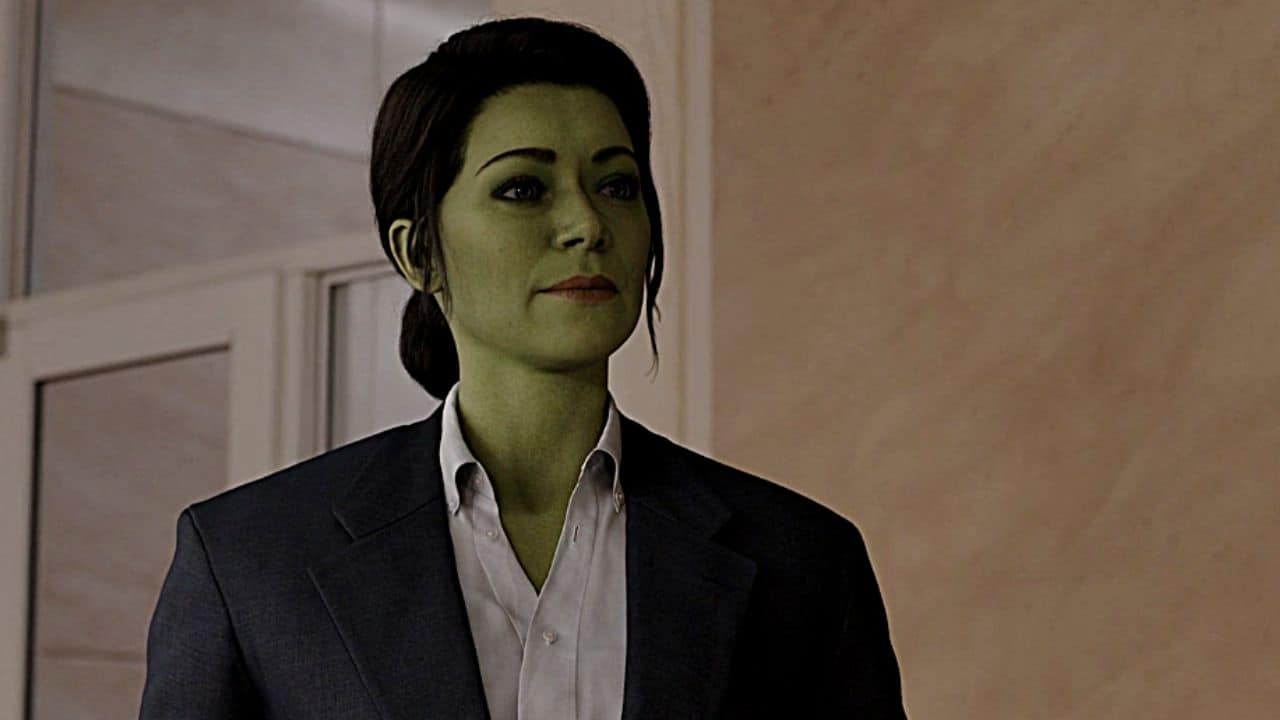 The opening moments of “The People vs. Emil Blonsky” are about how cruel the world is to Jen because she’s a woman. She-Hulk is all over the news, and YouTube is awash with people making the arguments about a real person that many in the real world make about fictional characters because Hollywood’s new favorite pastime is attacking the fans of properties it hopes to monetize. This is at least the second Marvel production this year to target comic book fans who don’t like what they’re doing with their characters, the first being Thor: Love and Thunder. (It’s so bad that I’m tempted to say it has to be seen to be believed, but nobody should inflict that movie on themselves.) Remember how this never happened to Black Widow, or Captain Marvel, or Wasp? Remember how Wanda was only criticized when she killed people, enslaved a town, and tried to destroy universes? Well, all of a sudden, everyone in the Marvel Universe hates female superheroes, just like how in The Falcon and the Winter Soldier they all suddenly hated black people. In other words, we’re in for another fun one. 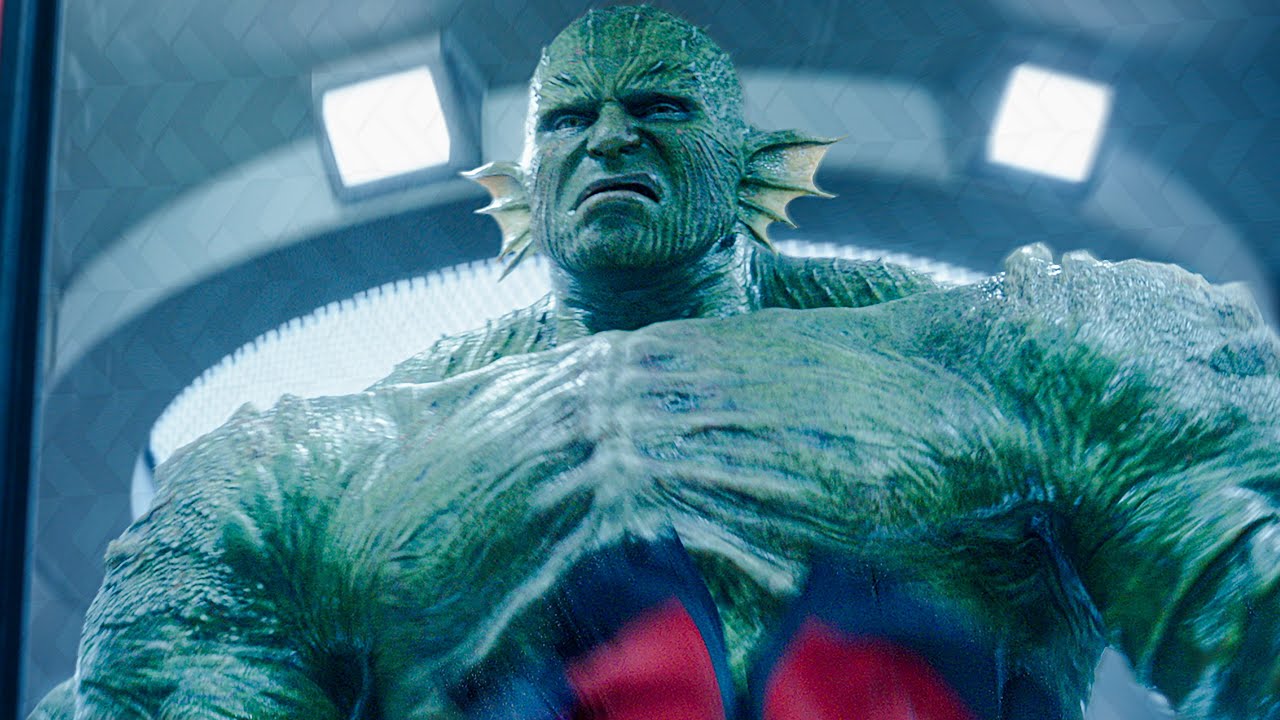 Expectedly, this episode picks up with Jen’s defense of Blonsky; unexpectedly, it wraps the whole thing up in a half hour, never getting into the ethical dilemmas inherent in defending an evil man whose rights are being violated. There’s no examination of the danger in letting someone with Abomination’s power free, no delving into how he was punished for doing what the government asked of him. (It’s not exactly true, but it’s the argument he made last week, the thing that made Jen want to take the case, and it’s entirely forgotten.) As expected, the whole plotline is treated like a big joke, with Jen acting like she’s putting on a children’s puppet show with her exaggerated gestures and theatrical shouting. The parole board is made up of an aloof idiot, a passionate idealist (who is the only woman, naturally), and a few people who remain silent. Wong is another bust; as with most of the MCU pantheon, he’s now an idiot who constantly acts out of character because someone thought it would be funny. The guy who’s a fervent follower of the rules of magic is cool with breaking someone as powerful as Abomination out of prison to test his mettle as the Sorcerer Supreme. (I hate that this is still a thing, by the way.) Does anyone who wields magic act responsibly anymore, or was Baron Mordo actually right at the end of Doctor Strange? 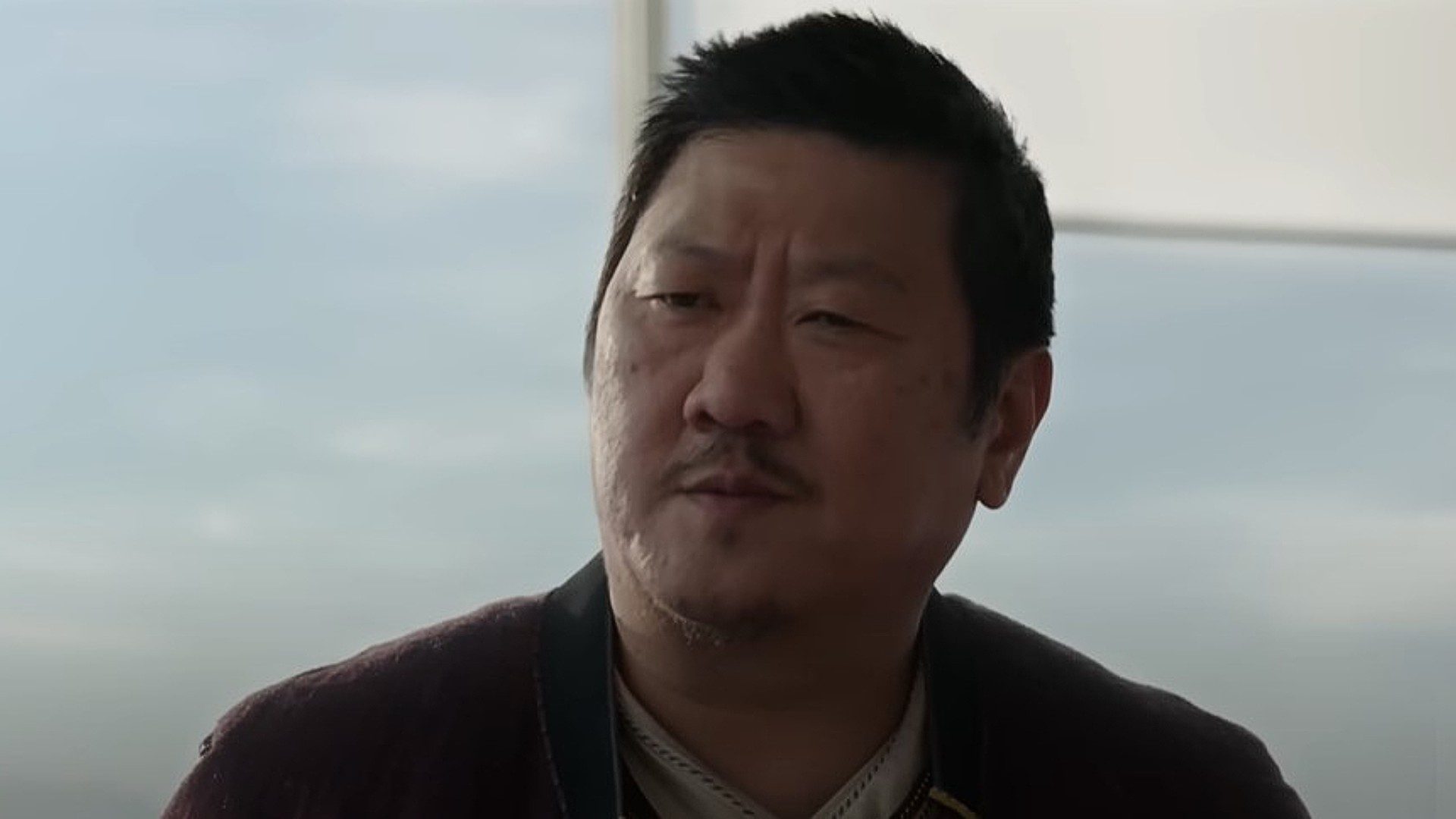 Perhaps the worst is Blonsky himself. This was an opportunity for Jen to question whether she’s doing the right thing in securing his release. Why not have Blonsky exude just a little bit of menace – the occasional wink or devilish grin to indicate that he’s not serious about reforming, that he’s got something sinister up his sleeve? Tim Roth would have nailed that. Instead, he just acts goofy with his hippie weirdo platitudes and that harem of “soul mates.” Even his transformation into Abomination is a joke. (And it looks terrible!) The condition of his release that he never turn into Abomination again is also just shrugged at, despite Blonsky being obsessed with wielding that kind of power in The Incredible Hulk. They could have explored the difficulties in measuring the risk to the public against maintaining a system that’s fair to everyone or how much is too much to ask of someone, no matter how evil he is. Instead, they make a few “Namaste” jokes and call it a day. I’m not asking for A Clockwork Orange, but at least scratch the surface of these ideas in your TV series with “Attorney at Law” as its subtitle. 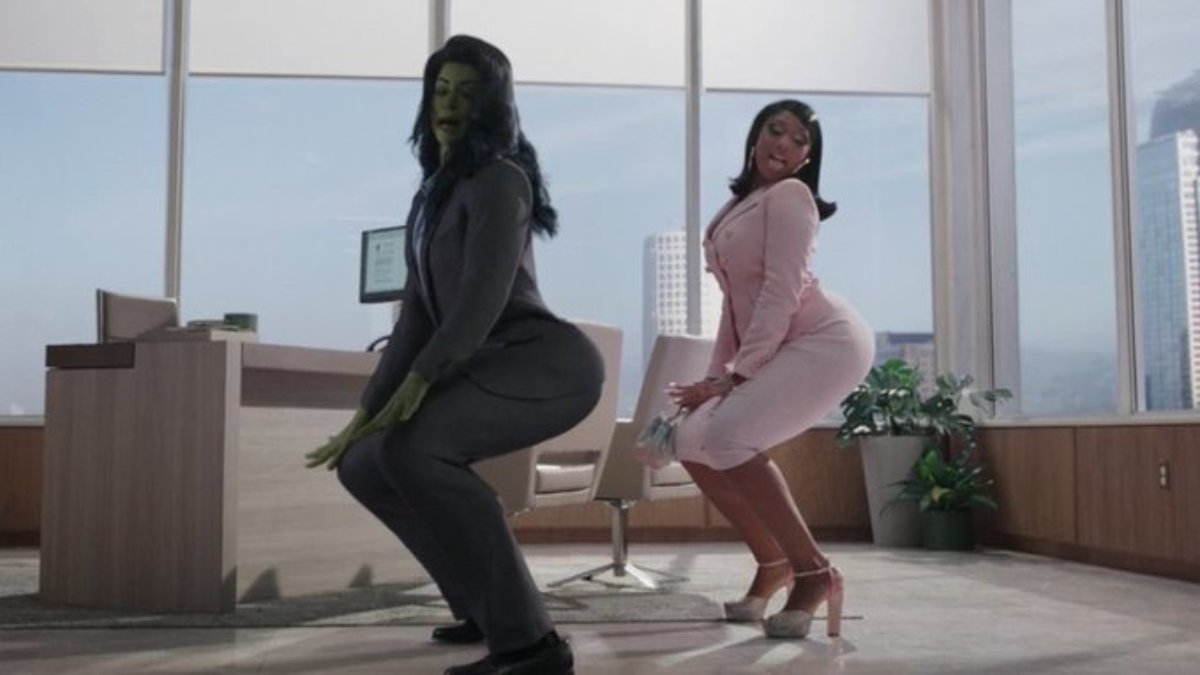 The subplot is just as dumb. The jerky lawyer from Jen’s old firm – let’s just call him “Mansplainer” because that’s about the extent of his character – hires her new firm to sue a Light Elf from New Asgard who used her shapeshifting powers to impersonate Megan Thee Stallion and got him to buy her $175,000 worth of gifts, for which he’d like to be reimbursed. (Admittedly, I’m not a rap guy, but I’d never heard of Megan Thee Stallion until they revealed she’d be appearing on She-Hulk a few days ago; everyone on the show is a mega-fan, though.) This seems perfectly reasonable to me, but the show treats him like an idiot for believing she was Megan Thee Stallion, even though a magical shapeshifter made herself look like her. What was he supposed to think? Moreover, this was yet another opportunity to have Jen be caught in the middle of hating someone personally but believing that he was wronged and deserved to be compensated, tying the plots together. (There’s a breaking-the-fourth-wall moment where Jen says that the show is connecting the A and B plots, followed by a “nice;” imagine if the writers did this in a meaningful, thematic way instead of patting themselves on the back for having the radical idea of involving the main character in both plotlines?) They do ultimately win, but the suggestion is that the Mansplainer deserved what he got; he also somehow didn’t know Jen worked for this firm, despite it being all over the news for a week. 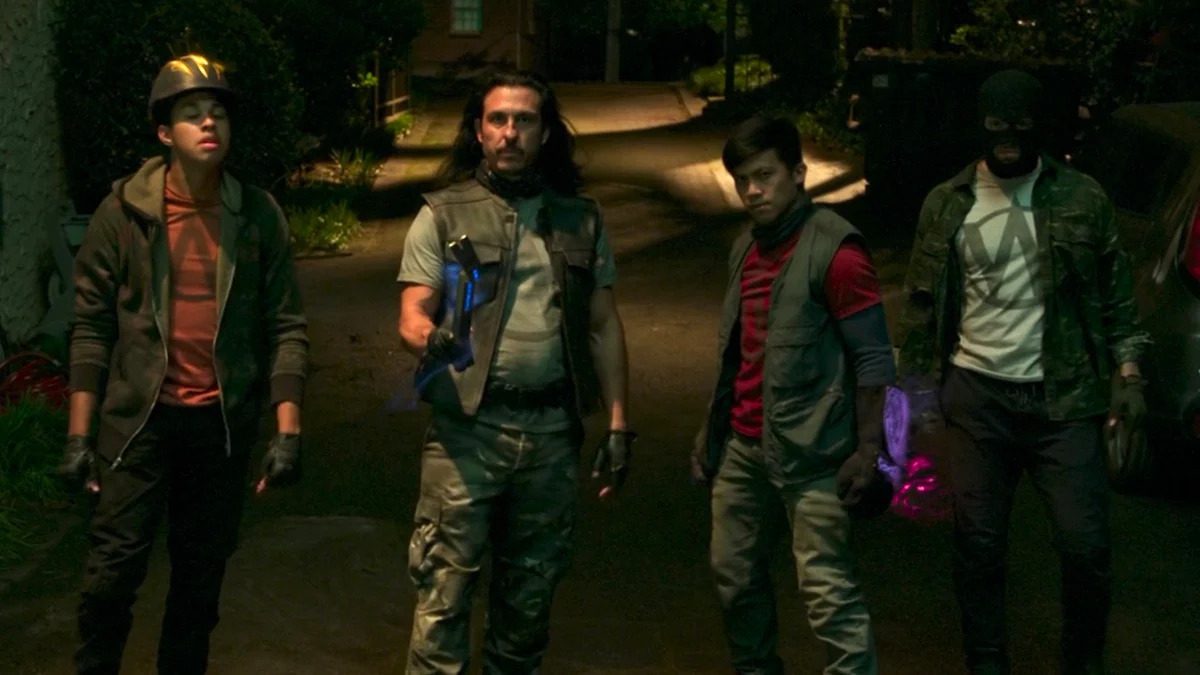 Finally, “The People vs. Emil Blonsky” introduces what I suppose will be the season’s main story instead of the more interesting one with Abomination. As she’s walking home, Jen is attacked by the Wrecking Crew. But this is the Marvel Disney+ TV version of the Wrecking Crew, so they don’t look cool and are completely ineffectual in battle, with Jen batting them away like she’s swatting mosquitoes at a barbecue. These are guys who fight Thor in the comics and wield Asgardian weapons, but they can’t even muss She-Hulk’s hair. (I have to admit that I laughed when Jen, who’s scared to death when they first jump her, says, “Oh, wait,” when she remembers she’s She-Hulk and trounces them.) But they do have a goal: they want a sample of Jen’s blood for some mysterious boss. If the villain’s plan is to make more Hulks, this could also lead to ethical questions – why is it okay for Jen and Bruce to have this power but not others? Blonsky could even be involved, as this question would apply to him, too. But after “The People vs. Emil Blonsky,” I have no faith that they’ll explore this thoughtfully, if they bring it up at all.

She-Hulk: Attorney at Law – "The People vs. Emil Blonsky"

“The People vs. Emil Blonsky” undoes all the promise of the previous episode with bad humor, rushed and vapid storytelling, belabored attempts at social commentary, and smug self-congratulation from the writers.