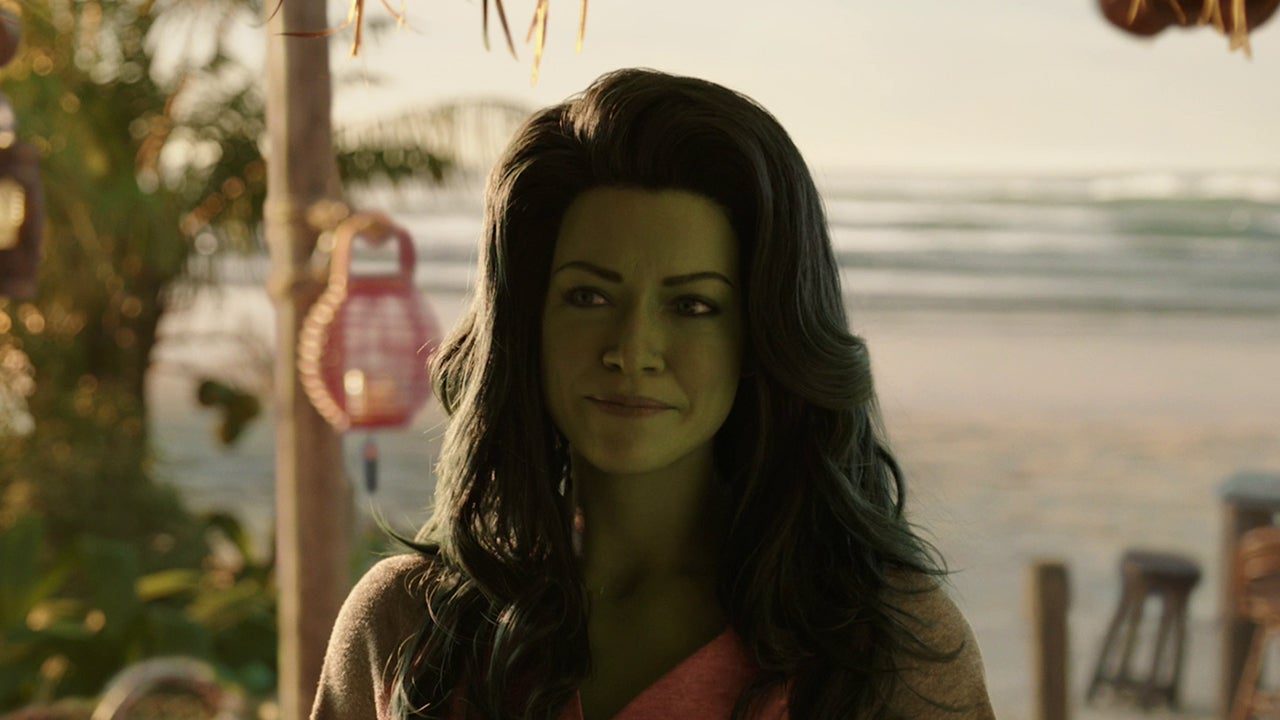 She-Hulk: Attorney at Law, the next in the relentless stream of Marvel shows to hit Disney+, began its run today with “A Normal Amount of Rage.” Does it show signs of bucking the underwhelming trend with the MCU’s streaming ventures? No, it’s pretty much what you probably expected.

While driving with her cousin, Bruce Banner, lawyer Jennifer Walters gets into a car accident that causes some of Bruce’s gamma-irradiated blood to mix with hers. As a result, Jen becomes a Hulk herself, and it’s up to Bruce to show her the ropes and teach her the responsibility that comes with their power – or so he thinks.

The opening scene of “A Normal Amount of Rage” begins well, with Jen practicing a closing argument for a trial she’s litigating. Her speech is all about power and responsibility, and while it’s clearly the lead-in to what will be She-Hulk’s main theme, it works. This is the essence of a superhero, and though it’s most popularly associated with Spider-Man, it’s true of pretty much all of them. But as soon as she’s done, the moment is immediately trampled by bad comedy and on-the-nose expository dialogue from Jen’s best friend, Nikki the paralegal. There’s also the mansplaining male colleague who belittles Jen and tries to steal her case because of course there is. This scene is an encapsulation of what, based on the pilot, She-Hulk will be, and it’s a safe bet that it’s accurate because it’s what almost all of these Marvel shows are: a good idea or two buried under the weight of bad jokes and relentless, finger-wagging social commentary.

The beginning is one of those in media res openers that quickly cuts to a flashback showing how the character got to where she is. Jen and Bruce get in a car accident caused by a spaceship (which Bruce later identifies as being from Sakaar; hmmm…), Bruce’s blood gets into an open wound on Jen’s arm, and now she’s a Hulk. She-Hulk’s first season has nine episodes, which is longer than all the other Marvel series outside of WandaVision and What If…?, yet it still feels rushed. In the moments following the crash, Jen transforms into She-Hulk twice, and Bruce begins to turn into the Hulk once, and as soon as it looks like we’re going to see some Hulk action, the show immediately cuts away. It’s like they’re going out of their way to make this not fun. And since this is Jen’s first foray into gamma monster territory, it would have been beneficial to the plot and her character development to see how she handled becoming She-Hulk before she even knew what was happening. But nah, just a painfully unfunny “comedy” scene where a bunch of random women give her a makeover and tell her to ditch her man, followed by a bunch of guys hitting on her and triggering a Hulk-out before a cut-to-black.

Then the narrative shifts to Mexico, because sure. (This transition calls for the Critical Drinker to say, “How did they suddenly get to Mexico? Don’t know!”)  This is where Bruce’s lab is located – the one where he created Smart Hulk, as well as a device that allows him to become Banner again. (Apparently, Tony Stark built it for him, which is puzzling because I thought Tony completely withdrew after the Snap, and nobody saw him for five years.) Bruce has figured out that his and Jen’s blood mixed and that Jen is now a Hulk. Thus begins the smuggest, whiniest training montage ever filmed, where Hulk tries to show Jen how to control and use her powers, and Jen tells him that she doesn’t want to be a Hulk or a superhero but also that she knows everything about being a Hulk and is way better than he is. Every physical feat he tries to show her, she can do without being taught. Every lesson on anger and emotional control he tries to impart, she already knows more about than he does by virtue of being a woman. (Bruce losing two loves of his life and his best friend while the entire US military is chasing him and he’s fighting alien invaders is nothing compared to Jen dealing with catcalls and mansplaining.) To drive this point home further, Jen’s super-special lady blood cures Bruce of his broken arm; she makes him a better Hulk while he isn’t needed to make her one. 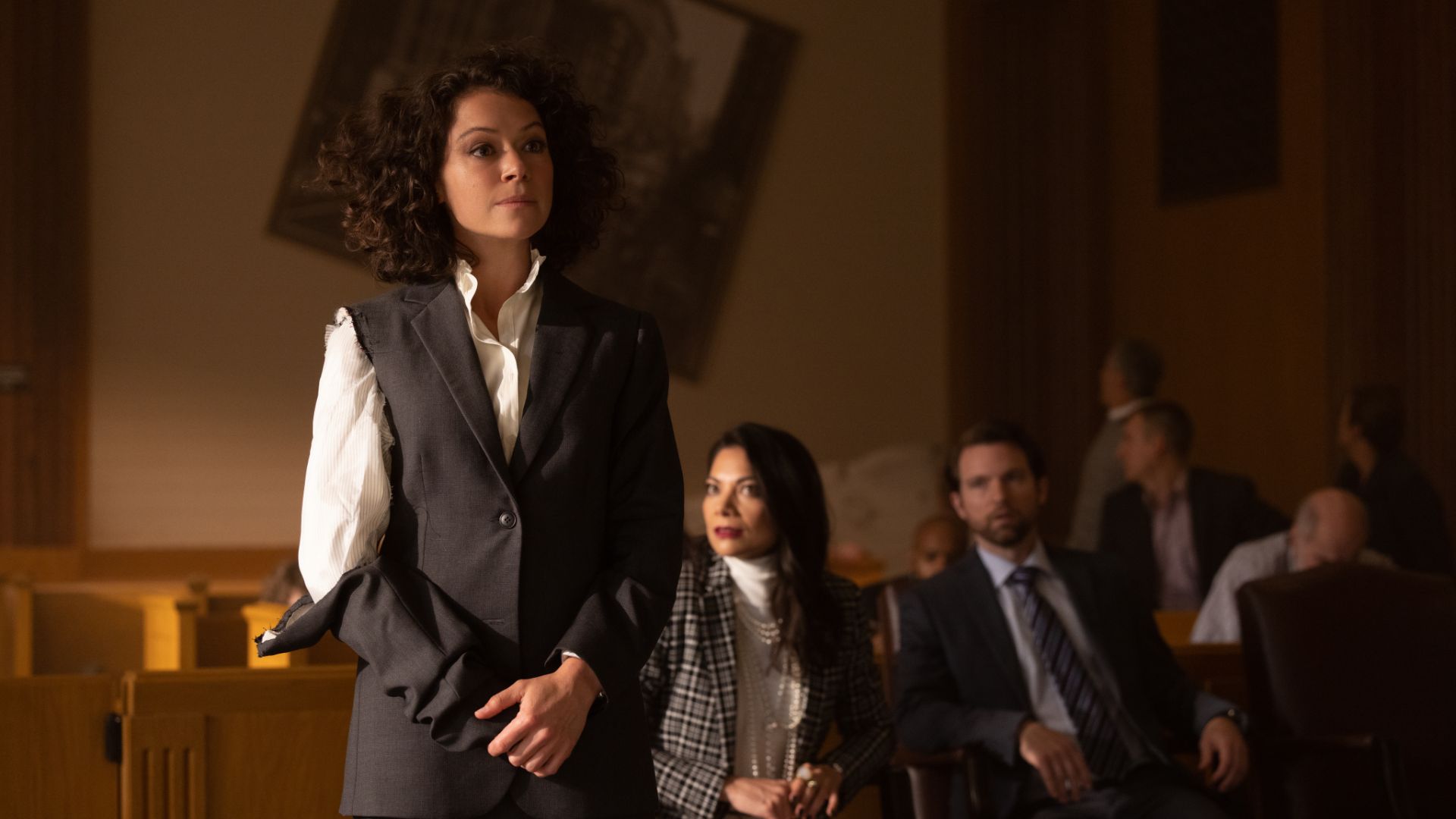 The characters don’t make this training session – which is a good 90% of “A Normal Amount of Rage” – any better. Jen is arrogant and condescending throughout, always acting put-upon and bothered by the guy who has experience being the Hulk and wants to teach her how to control it before she gets somebody killed. And the show is on her side because she is instantly good at everything; it only takes a couple of tries before she perfects the Sonic Clap. Her aversion to being a superhero could have been interesting, but it’s done away with by the end of the episode and without any kind of soul-searching or resolve (or, God forbid, an admission that Bruce was right). And Smart Hulk still sucks; he’s no fun, and his personality is just Mark Ruffalo sitting on a beanbag chair getting high. Any opportunity for pathos or humanity is ignored; for example, every time Bruce brings up Tony Stark, it’s always as a joke rather than him lamenting the loss of his friend. The acting isn’t even very good; when Bruce and Jen talk, the pitches of their voices vary so much that it feels like very different takes spliced together, and it never resembles an actual conversation, especially between two people who know each other as well as these two do. All of the smaller roles are goofy and exaggerated; I can tell Nikki is going to be grating when she has a bigger part to play.

The elephant in the room is the CGI, which was awful in the trailers. It’s very slightly better on the actual show, but not a whole lot. She-Hulk still looks bad, too glossy and cartoonish; in certain shots, she doesn’t look like she’s interacting with her surroundings. ( Remember Colorforms? She’s like a Colorform.) Hulk is a little better; there are certain shots where he looks almost like he did in the movies. But there are others where he’s as bad as She-Hulk, not fitting into the setting and losing a lot of the texture from the better scenes. I know this means I just want to control women’s bodies or something, but I’m sorry; the effects aren’t good. Neither is the one fight scene at the end; it’s poorly filmed, with no action visible on-screen. Titania (who I know is Titania because it says so on IMDb) jumps at She-Hulk, She-Hulk holds up her hand, then a quick cut reveals that Titania is flying backwards. Riveting. Jessica Gao mystifyingly said that she and the other writers don’t know how to write a courtroom scene, but they appear to be paired with at least one director who doesn’t know how to shoot a fight. That doesn’t bode well for a superhero show.

She-Hulk: Attorney at Law – "A Normal Amount of Rage"

“A Normal Amount of Rage” gets She-Hulk: Attorney at Law off to a bad start. Jennifer Walters is whiney and smug, the Hulk is dull and annoying, the humor doesn’t work, the action is either boring or nonexistent, and the feminist commentary is intrusive and detrimental to the story. I don’t relish watching eight more episodes of this.

This show was as expected, DOA. Bad CGI, bad acting, absolutely terrible writing, and a plot that is written by man hating Neo-feminist. They brought in a much dumber and incompetent Hulk in order to draw more of an audience while also needing him in the plot so She Hulk and show how much better she is than he is.

They plan on bringing in other Marvel characters for the same reason. The writers have attempted to write a Super Hero Comedy without knowing the first thing about either Super Heroes or Comedy. Instead we have a terribly filmed cringy terrible series that will be remembered as yet another failure in the MCU.