REVIEW: Superman & Lois – Season 1, Episode 12 “Through the Valley of Death” 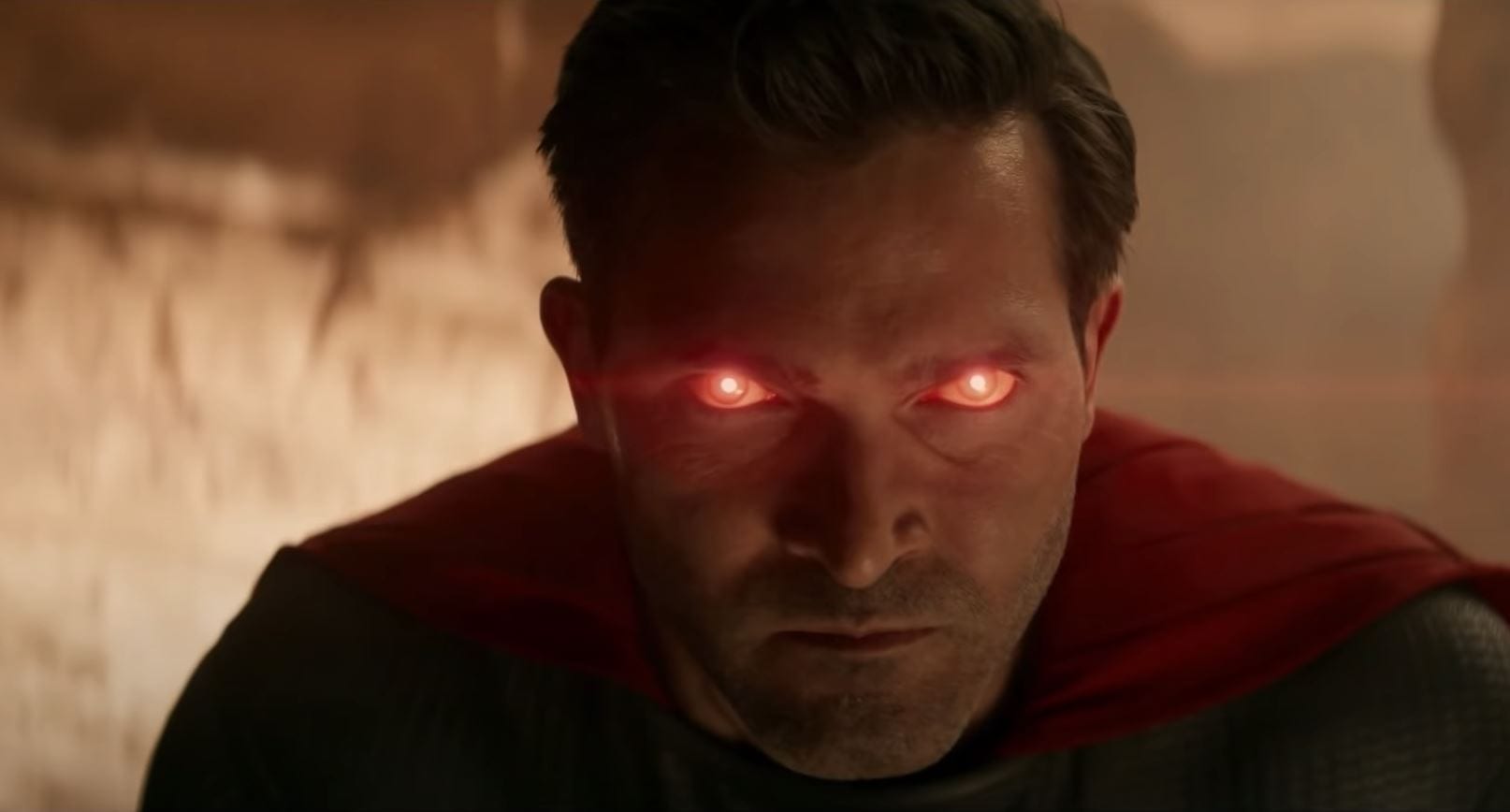 Superman & Lois returns from a two-week break with “Through the Valley of Death,” and it’s like it never left. Once more, the show demonstrates how well it understands the essence of Superman, not just in how it depicts him but in the effect he has on others. It also presents another compelling moral dilemma, one in which there are no bad guys, and it shows the consequences of getting a big issue wrong.

With Superman in Morgan Edge’s clutches and his identity being erased, Sam Lane and John Henry Irons prepare to nip the nightmare scenario of an evil Superman in the bud, while Lois desperately tries to convince them not to give up on her husband. Jon and Jordan try to find their dad. Lana and Kyle deal with the fallout from supporting Edge.

As “Through the Valley of Death” begins, the worst has happened: Superman has surrendered to the evil Kryptonians, and they’re forcing another lost soul into his body. (And not just any soul; wait till you hear who’s possessing Superman!) Not only is Earth losing its greatest hero, but it’s about to have another unstoppable menace to face in his stead. “Through the Valley of Death” most reminds me of the end of Superman II, when the villains appeared to effectively sap Superman of his powers, effectively making him an ordinary human, unable to protect the world from certain doom. There’s a sense of hopelessness in seeing Superman unmade, and both that movie and this episode perfectly capture that.

“Through the Valley of Death” uses this circumstance to explore a world without a Superman, even if it’s localized in Smallville. The once cheerful, optimistic small town is now a scary place to live. The military is an occupying force, the threat of a Kryptonian death from above hangs in the air, and the populace is letting their fear manifest into violence, as seen when they vandalize Lana and Kyle’s house. Even lifelong friends are turning on each other; Emily puts the blame for her possession and the destruction it caused squarely on the Cushings. It’s unfair, of course; there’s no way Lana and Kyle could have known what Edge was up to, and Emily begged Lana to let her into the program. But Emily, her husband, and the rest of the town need someone to blame, and Morgan Edge isn’t convenient at present, so the Cushings will have to do. Once the epitome of the American dream, Smallville is now a town suffocating from fear.

Making it scarier is what the only good guys left are planning to do to save the world. Sam Lane is preparing his stock of Kryptonite-powered weapons to kill Superman before he can be turned, and John Henry Irons has an equally deadly suggestion for how to dispose of the Man of Steel. This pits them against Lois and the boys, who refuse to give up on Clark. The audience is sure to side with Lois because we know how these stories go, and we love Superman, but “Through the Valley of Death” wisely doesn’t make anyone completely right or wrong (absent the results). Lois is correct in saying that Superman can fight whatever it is Edge is doing to him, that the power of his will and the love in his heart can triumph over any evil influence. But Sam and Irons make an important point: it’s irresponsible to risk every life on Earth on the possibility that Superman will win. Irons comes from a world where that didn’t happen, and he’s suffered greatly because of it; how can he trust a Superman he doesn’t even know?

The tie-breaker needs to be a third party, and that’s why John Diggle is here. After spending last week in Central City, Digg arrives in Smallville to assist Sam, but when he discovers what the general is preparing to do, he doesn’t mince words. Diggle is perfect for this part because he’s a decent, moral man, but he’s also a soldier who’s been in desperate, no-win scenarios and knows how to make a difficult choice. When that guy puts his faith in Superman, you know what the right decision is. (This also answers the question of whether Superman & Lois takes place in the Arrowverse; you’d think it would be easy to tell, but The Flash has been playing fast and loose with the ramifications of “Crisis on Infinite Earths,” so it’s been up in the air.) Diggle is us, the regular folks who, no matter how logical we may normally be, follow our hearts when it comes to Superman. 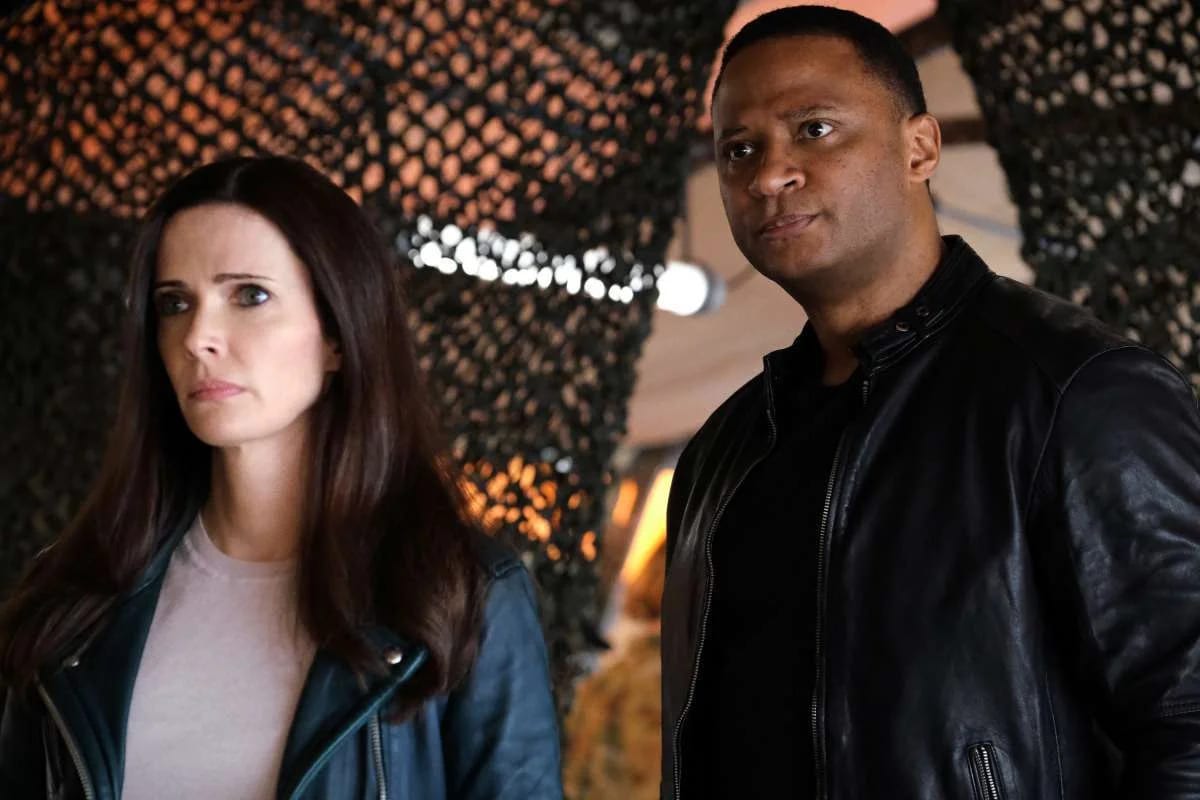 But it’s not as easy as Diggle telling them what’s what. Superman tells Lois to send John Henry Irons because he knows Irons will kill him. Superman has lost faith in himself, and he needs someone willing to take him out if he’s to fulfill his promise to protect the world. But it isn’t John Diggle who manages to reach Irons; it’s Jon Kent. Jon doesn’t plead with Irons like Lois, and he doesn’t reason with him either; he speaks to him as a guy about to lose everything Irons did. In another display of how he’s his father’s son, Jonathan proves he understands humanity the same way Clark does, and he reminds John Henry Irons of all he’s lost and all he’s about to take away from a family just like his. So, with Lois in his head and Jon in his heart, the man who came to our world specifically to kill Superman instead puts his faith in him, encouraging Clark to find the hero inside him and fight against the rising evil that threatens to consume his soul. Could anyone ever doubt he succeeds?

“Through the Valley of Death” executes every one of these points beautifully. The acting is stupendous all around, and it’s plotted so that each of these wrinkles in the moral dilemma happens at just the right time so that no one’s actions feel false. Earlier today, I talked about how The Flash has condensed a season’s worth of storytelling into just four episodes and why that’s hurting the show. Superman & Lois is the example of how to do it right; Irons’ turn isn’t just informed by what happens in “Through the Valley of Death,” but by everything that’s happened to him so far this season. Jonathan’s soulful resemblance to his father has been a journey from the first episode, and it perhaps reaches its apex here. He once more encourages Jordan to use his powers under stressful circumstances, but he’s more confident now, not just trying to help but believing wholeheartedly in his brother. Even when it would be easier to lie, Jon resolutely tells Sam the truth, doing right in the small things because that’s what Clark would do. And speaking of Sam, his and Lois’ understanding of each other is possible because of all their fighting throughout the season. Lana and Kyle’s ostracizing is the result of complex arcs for both of them, things they did with good intentions and now must pay for, even if their punishment is unfair. The reward for the Cushings is far greater because they’re a strong, loving family again. This is a well-told story in every aspect.

And it’s still being told. Until its final few seconds, “Through the Valley of Death” feels like the season finale. Superman is restored, he and Irons lay aside their distrust and team up, Morgan Edge is defeated (with a satisfying punch to his smug jerk face), and everyone is happy again. I also love the couple of nods to Superman lore, those being the reveal of the soul possessing Superman and the changes in Irons’ armor. It’s looking more and more like Steel’s, and I think eventually it will get there completely. His armor’s functionality is very close to Iron Man’s in the movies, kind of like Ray Palmer’s was; I don’t think we’ll ever see another heads-up display that isn’t reminiscent of Tony Stark’s. Whatever Morgan Edge’s final gambit is, I’m sure it’ll be a doozy if they want to top the few mini-climaxes that have come so far. I can’t wait to see them try. 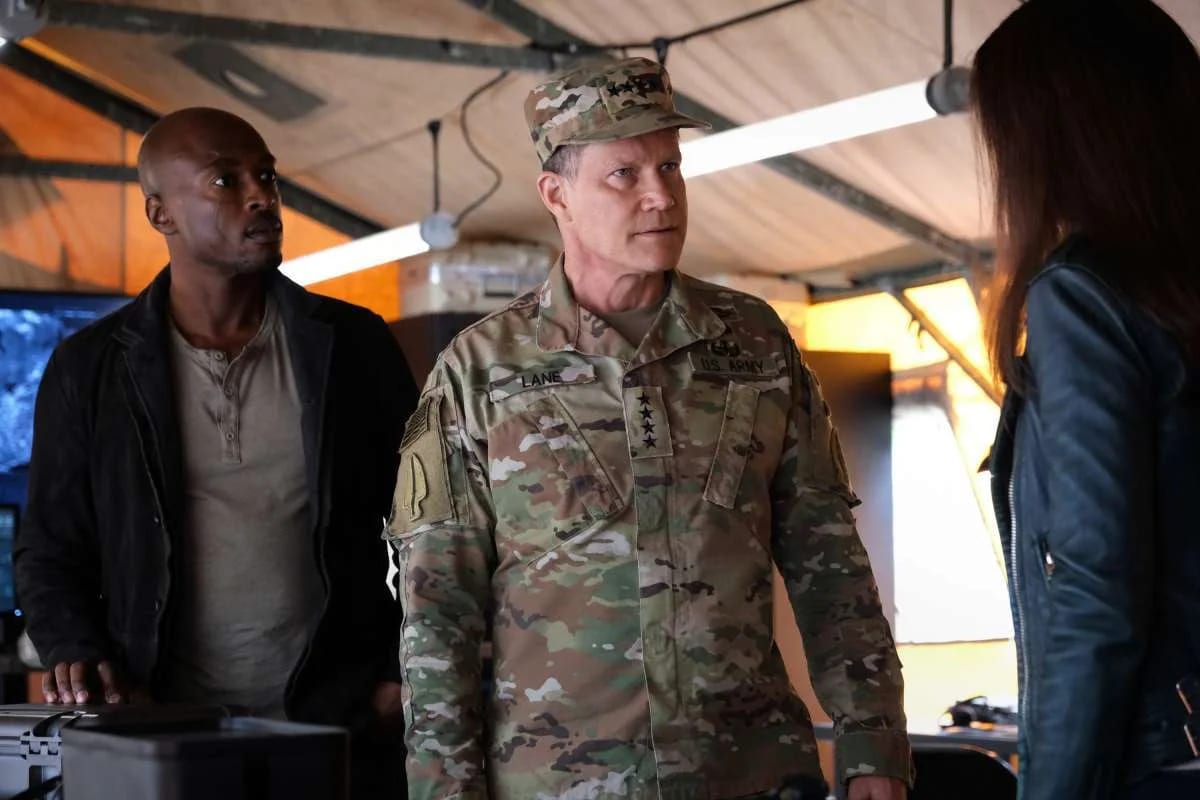 “Through the Valley of Death” is an exciting, tense, and immensely satisfying episode that captures Superman’s influence on others and their faith in him while presenting a desperate scenario with no easy solution. All of the characters are developed, and the stage is set for the final four.

Superman & Lois – "Through the Valley of Death""

“Through the Valley of Death” is an exciting, tense, and immensely satisfying episode that captures Superman’s influence on others and their faith in him while presenting a desperate scenario with no easy solution. All of the characters are developed, and the stage is set for the final four.