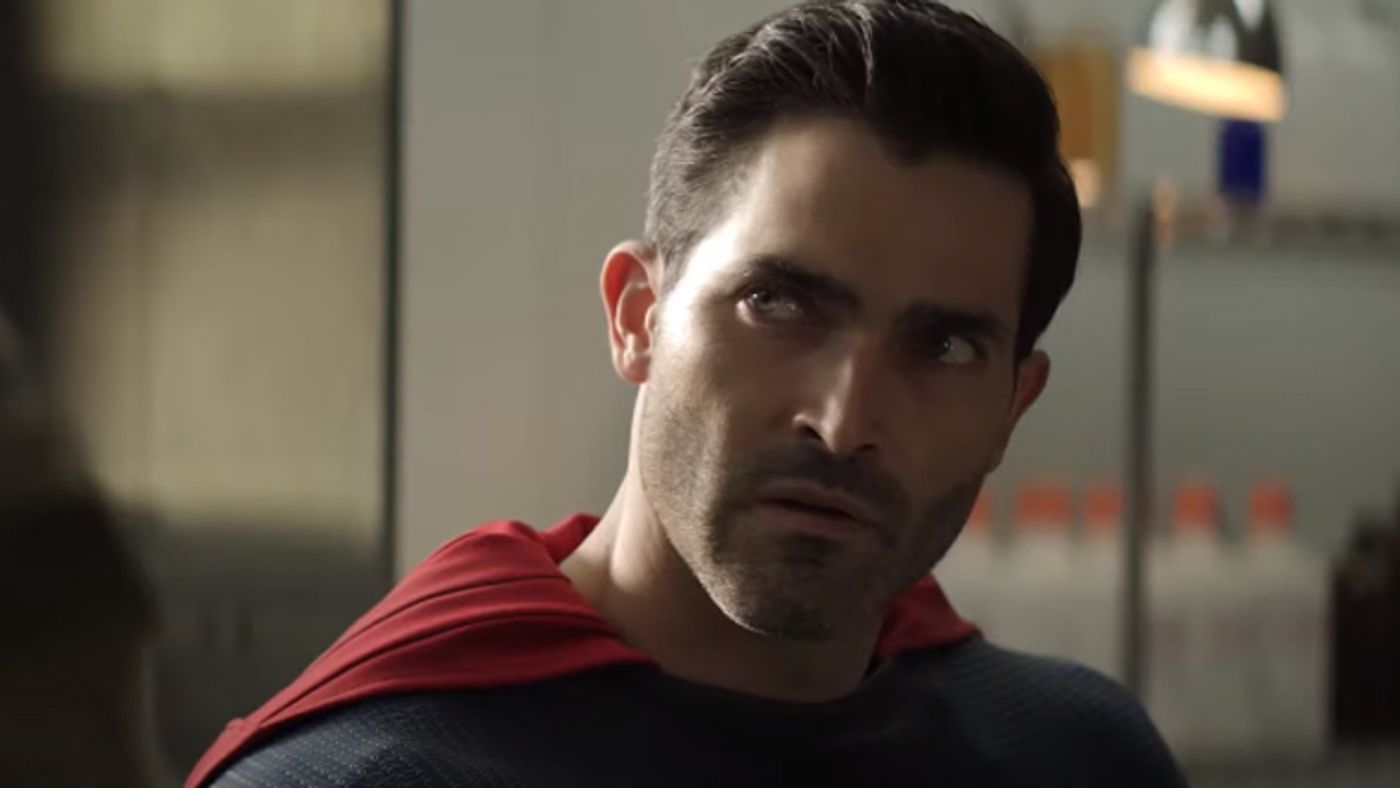 Still in the early stages of its second season, Superman & Lois continues laying the groundwork for the story arcs to come. “The Ties That Bind” is another setup episode, but it feels more productive than “What Lies Beneath.” Several plotlines grow, if only slightly, and a couple of big reveals are balanced by more questions about where the story is going.

Clark seeks help from an unlikely ally as he investigates the cause of his visions. Lois and Irons look for answers in the mines, and from AmerTek, the company digging in them. Lieutenant Anderson sends his fake-Superman team into action. Natalie grows closer to the Kent family. A personal story of Lois’ comes back to haunt her. Lana finds an opportunity after a crushing decision from Daniel Hart.

“The Ties That Bind” is about the messiness of familial love; appropriately, it begins with breakfast in the Kent-Lane-Irons home. Everyone is making an effort to ensure that Natalie and John Henry feel welcome, but despite all being on their best behavior, the air is thick with what Jayne Cobb would call “an uncomfortableness.” Lois makes a big, pork-filled breakfast, only to learn that Natalie is a vegan. (I like how the show admits how annoying this is; you can feel the suppressed eye-rolls around the kitchen table.)It’s a warning against forcing a bond with someone new; these things have to develop naturally, and Lois going all-out on a meal she wouldn’t normally make backfires because of how artificial it is.

Unsurprisingly, the boys are more successful in forging a relationship with Natalie, specifically Jordan. He doesn’t make a show of anything; he simply invites her to have lunch with him and Sarah. It’s through this that she’s not only able to pal around with Sarah but to observe that something between them is wrong. It’s Natalie who convinces Sarah to be honest with Jordan (by telling her essentially the same thing her father did, illustrating how kids often need to hear advice from someone other than their parents before they follow it). Note that Natalie’s conversation with Jordan comes just after he and Jon share some news with each other; she’s becoming part of the family, a sibling to the Kent boys, because they gave her the space to come to it on her own. The way Superman & Lois has handled Jonathan and Jordan has been surprisingly strong, and it looks like the same will be true of Natalie.

I was a little disheartened at Sarah’s big reveal, though. “What Lies Beneath” made it seem like something big – meaning something important to the main plot – had happened that was souring her relationship with Jordan. But it turns out she just kissed a girl and she liked it. I forget if they mentioned or suggested Sarah was bisexual in the first season, but I don’t believe they did; clearly, she is, though, because she still wants to be with Jordan. I understand this is a big deal for him, and I don’t blame him for being angry and hurt – even more so because she punished him for what she did. But it feels lightweight after that mysterious setup; maybe they’ll be able to do something interesting with it, but for now, it’s a letdown. 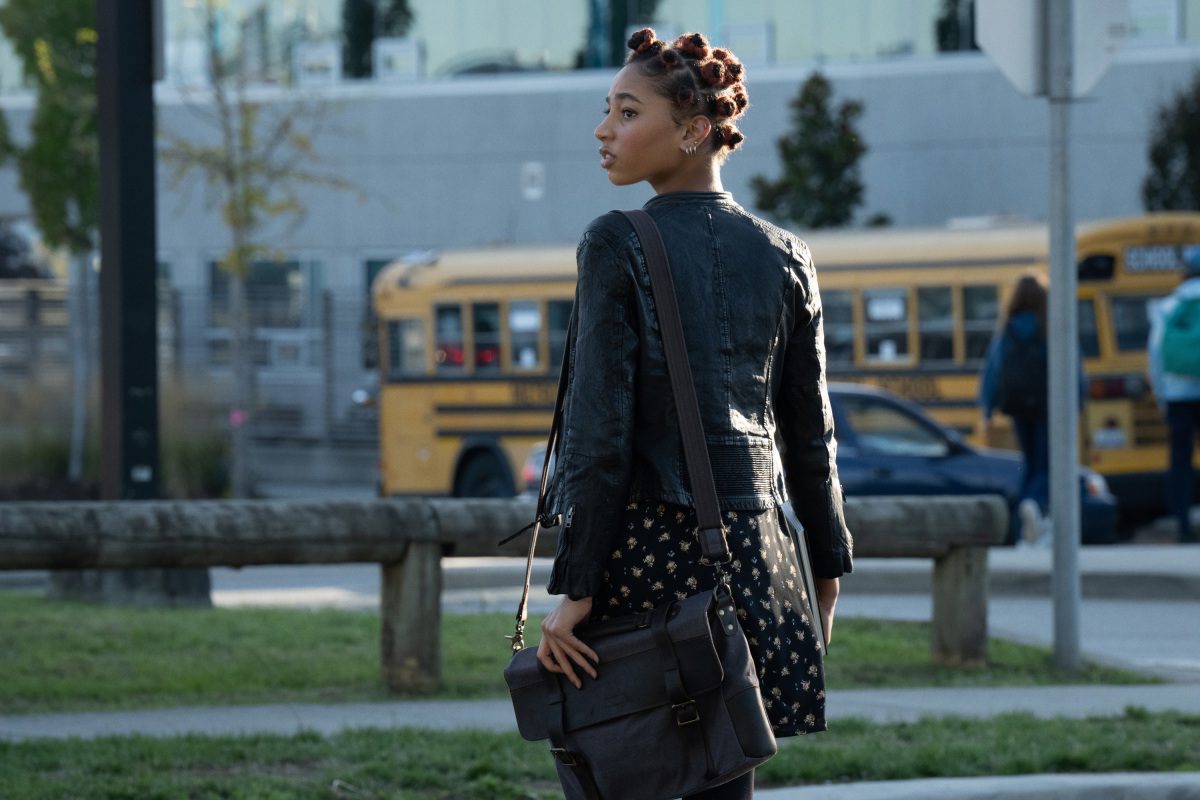 More interesting is another strained sibling relationship: Clark and Tal-Rho, alias Morgan Edge. After another headache/vision, Clark seeks out his de-powered half-brother for answers and ends up in Tal’s alternate Fortress of Solitude, Jordan in tow. This time, Superman is able to talk to his mother, Lara, for the first time in her true form. In terms of the plot, this scene is about trying to figure out why Superman is getting the visions, but the more interesting part is what it means for him and Tal as brothers. For the first time, Tal confronts the mother who abandoned him, the source of his descent into evil. But, as it happens, Lara didn’t know Tal-Rho existed until it was too late; she even suspected he’d died on Krypton without her to save him. Tal, like all babies on Krypton, was grown in a lab, and this happened without Lara’s knowledge. (I’m so glad they undid her leaving Tal behind; it was hard to think very highly of Lara after that.) Clark is the exception, a baby born of love rather than a cold and efficient desire to propagate the species – or, in Tal’s case, create an heir to an empire. Unsurprisingly, this doesn’t leave Tal in a particularly forgiving mood; you can offer all the explanations in the world to an abandoned child, but they won’t make him feel anything more than forgotten.

These wrinkles in Tal’s history give an already great character even more layers, but they also paint a very different and unflattering picture of Krypton than the one we’re used to seeing. The Krypton of Superman & Lois is a harsh world where humanity has been replaced with science to an unhealthy degree. That Superman is an anomaly makes him even more special; even as a baby, he was the symbol of hope to a world almost devoid of love. Tal becoming a ruthless killer was all but inevitable, and while he stands in such stark contrast to Superman, the nature of their different upbringings – even their biological origins – elicits sympathy for a madman. Clark’s love has spread through his sons, which is why Tal trying to kill Jordan is so meaningful; he’s trying, whether consciously or not, to extinguish the hope his brother has brought to the world and which he has been denied from birth. But is Tal merely unsuccessful in killing Jordan, or does he stop himself? I think Lara and Clark probably disagree, as evinced by their differing beliefs in Tal. While his mother believes there’s good in him, his brother thinks he’ll never be more than a monster. (This is also another example of how you humanize Superman, how you get him to question his worldview and his principles, without betraying the character.) 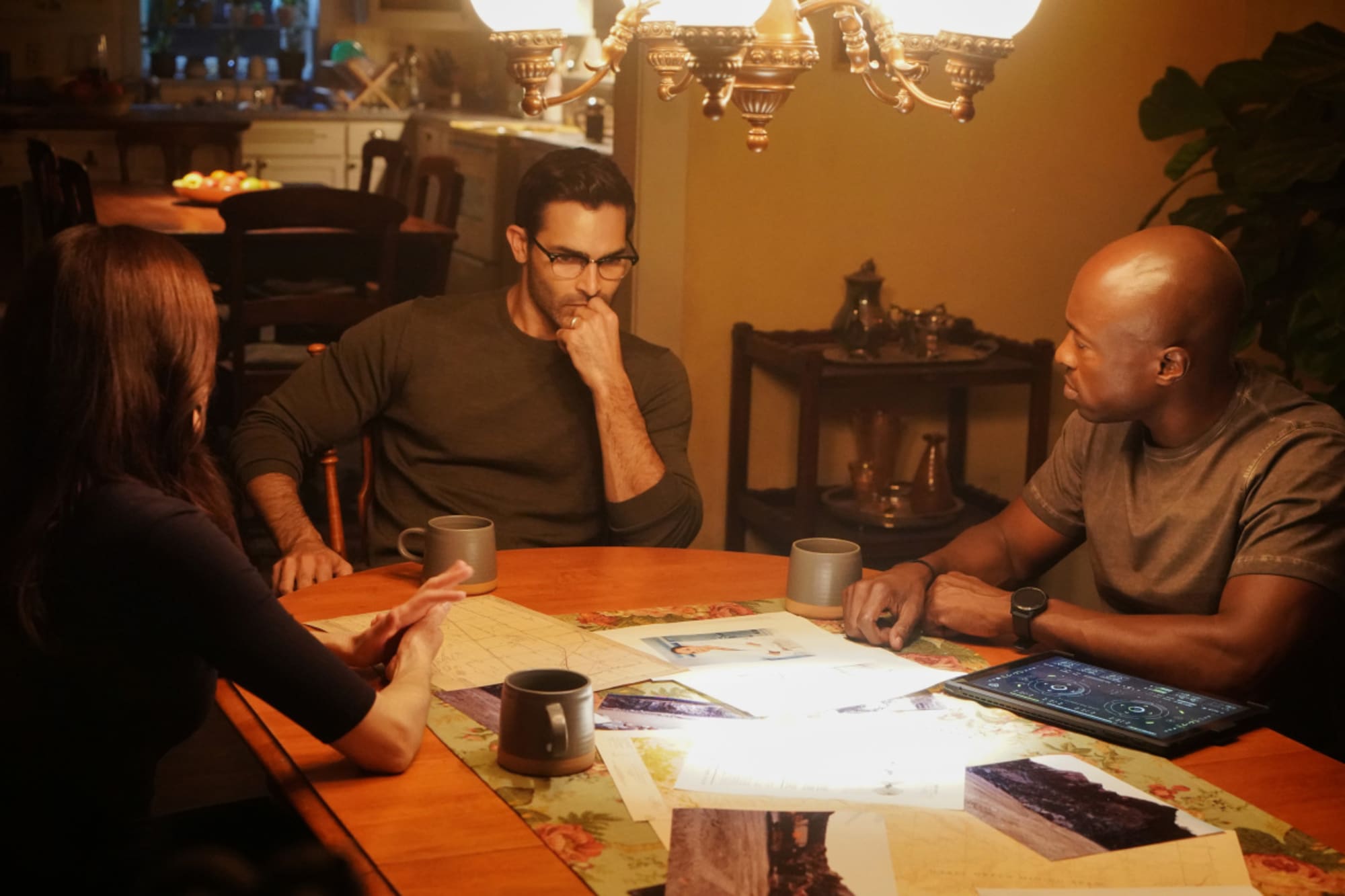 Superman’s troubles aren’t kept in the family, though. During a fight with a gunman, Superman’s mind is clouded by the visions, and the bad guy – juicing on X-Kryptonite – overpowers him. Luckily, Anderson’s faux Kryptonians save the day. Anderson warns Superman that he can’t have one foot in and one foot out; if he stops working with the military, he won’t have access to their resources. But the most intriguing part of this subplot is Anderson’s newest recruit: Tag, the bully whom Superman had to save from himself last season. Tag is only on screen for a few seconds, but a lot is established in that short time; he’s one of the government-issue Supermen, but unlike the others, he reveres the real Superman, making sure the man who saved him is okay after the fight. And even now that they’re on opposite sides of a conflict, Superman cares about a kid being drafted into a military unit a lot more than Anderson does. Superman and Anderson’s growing animosity is obvious, but having Tag included is a wise move, one that will put a human face on Superman’s philosophical disagreement with the lieutenant.

The other happenings in “The Ties That Bind” aren’t as interesting yet, but I’m sure they will be once they develop more. Lana is running for mayor now that Hart bowed out of the race. This is fine, and since Keith is enthusiastic about it, it’ll be healthy for their marriage; he can now be an active part of Lana’s foray into politics instead of being kept outside of her new world. Lois’ old story about her sister joining a cult is too juicy not to come back; I assume that means Jenna Dewan will also return to play Lucy Lane. The guy who is clearly Doomsday is ominously announcing his presence, and Irons figures out that he and the earthquakes he’s been causing are indeed behind Clark’s visions. The slowish burn on this story is smart right now because they’ll have to keep this alive throughout the season; Superman’s first clash with Doomsday will be satisfying – though probably not in terms of how it works out for Clark – after all the setup. And AmerTek (when I first heard them say the name, I thought they said “Hammer Tech,” and my mind drifted to Tony Stark) is up to no good, as if that were in doubt. So, who is Dr. Faulkner working for? My immediate guess is Lieutenant Anderson; it jibes with his desire to create a superpowered army to rival Superman, and his inclusion of a teenager means he isn’t being overly cautious. Lots of great stuff is bubbling in the cauldron, and it looks like this will be a great season.

Superman & Lois – "The Ties That Bind"

"The Ties That Bind" explores the familial bonds at the heart of the series, pushes the various plotlines forward, and develops some already strong characters even further. Sarah's secret is a bit of a bust, but this is a good episode overall.