"Why do people destroy their gods?" 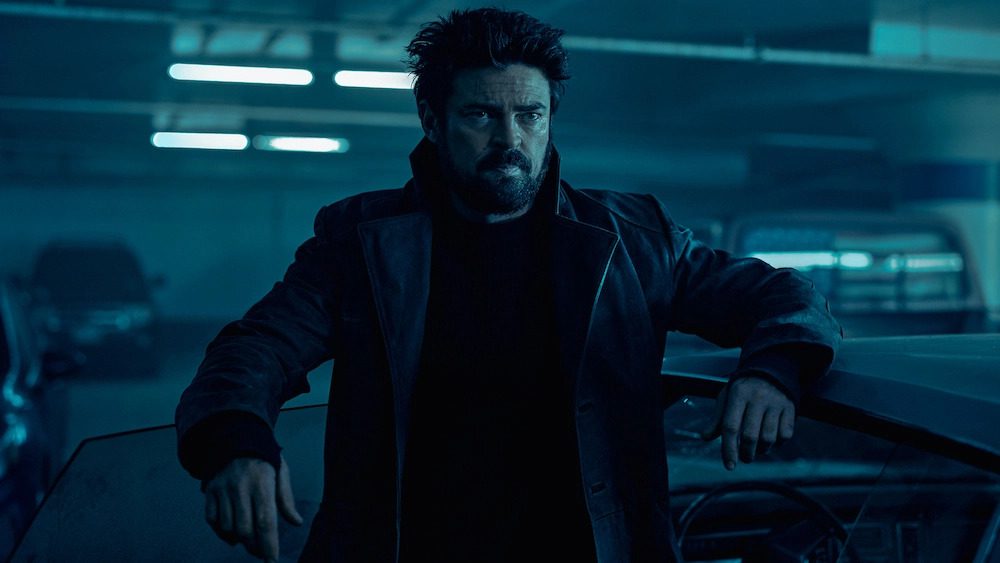 “The Only Man in the Sky” begins with a trailer for a drama based on Deep’s memoir. Butcher dreams about the supe serum but is awoken by a call from Ryan. Homelander visits Stormfront to remind her that today is his birthday, but she remains motionless and silent. Hughie tells Annie what he saw Congresswoman Neuman do, and she asks him to wait to do anything until she gets back. She then arrives to prepare for Homelander’s birthday party, and things get rough. He humiliates her by referring to her past with Supersonic and giving her more to do at the party. Butcher drops by MM’s place to give his daughter Janine a puzzle and bring him back into the fold. MM turns him down, saying he won’t make the same mistake his father did. However, he does give Butcher a folder filled with info on Soldierboy, the leader of Payback.

Frenchie and Kimiko venture into Voughtland, a Disneyland-esque park touting inclusivity and veggie tacos. They go to see a musical telling of Soldierboy’s life story. Backstage, they meet Crimson Countess, a performer in the show and Soldierboy’s former lover and teammate. Hughie grows frustrated and calls Annie, but Supersonic answers, telling him she’s busy onstage with Homelander. Homelander instructs Starlight to sing him “Happy Birthday” Marilyn Monroe style, but Stan Edgar backs her up when she fights back. A-Train makes his case to Vought’s PR department. Hughie heads to the supe orphanage Victoria Neuman came from. Butcher attends a gun show to see Gunpowder, another member of Payback. Homelander flies in to rescue a girl from suicide and learns that Stormfront has committed suicide. Marvin’s ex-wife tells him to go back to Butcher and solve his Soldierboy problem. Butcher wants to set the hunt aside and focus on Ryan, but Hughie tells him about Victoria’s powers and connections to Stan Edgar. Butcher approaches Gunpowder one more time. 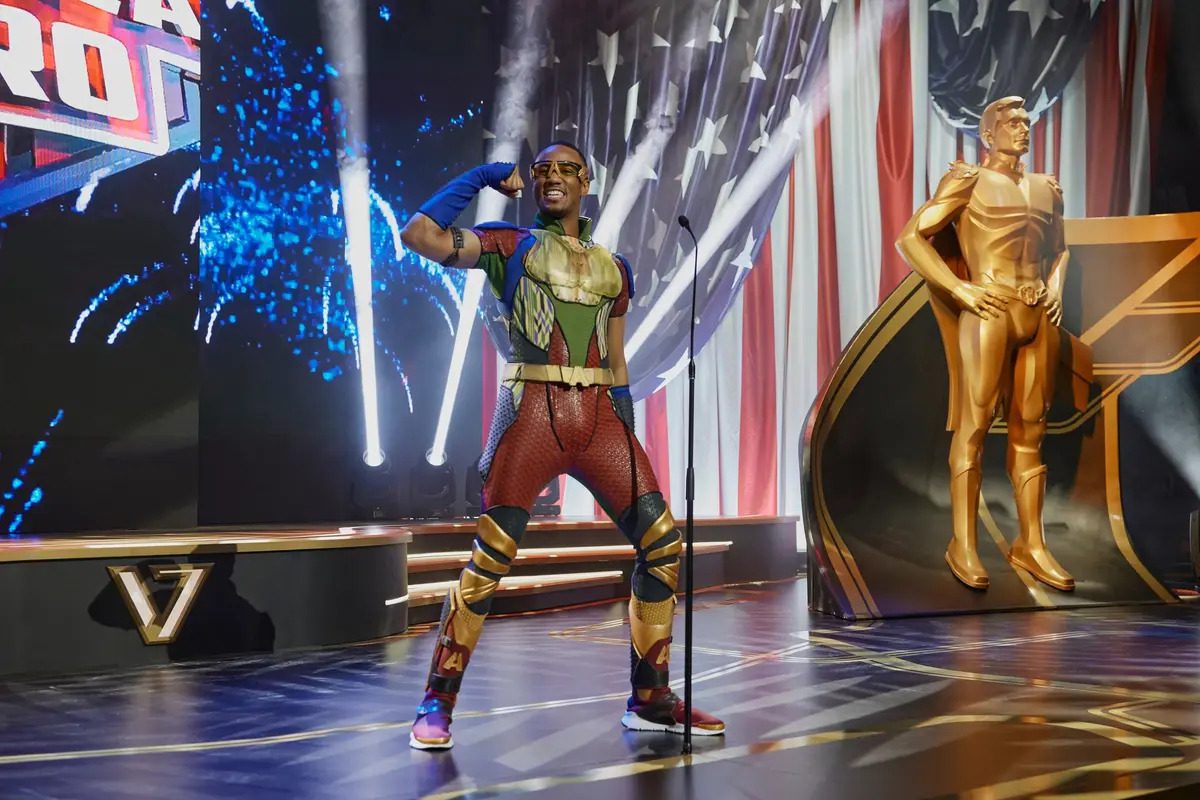 Deep’s movie Not Without My Dolphin has the same sleazy feel as Dawn of the Seven from the season premiere. They’re obviously not of the same genre, and this one caters specifically to women, but it’s more supe apologist propaganda. Details like this make it easier to understand how elements of the general public could still like or have sympathy for someone like Deep or Homelander. The movie portrays him as the victim of a manipulative cult led by a mustachioed Billy Zane. By the way, is anyone else loving the cameos? Zane played a superhero himself in 1996’s The Phantom, which, while not exactly high art cinema, is a ton of fun and features a great cast.

In fact, commercialism and its partnership with identity politics seems to be a focal point of “The Only Man in the Sky.” This isn’t a new theme for the show; Vought is this show’s answer to the likes of Disney and Comcast. The “Girls Get It Done” stuff from season 2 was all about this. But “The Only Man in the Sky” seems to put a magnifying glass up to this concept, as almost every scene in the episode connects back to it. This is one reason I thought it was unfair that some people called season 2 “woke” or one-sided or whatever. Much of season 2 was an obvious critique of neo-Nazism, with Stormfront and her followers quite literally personifying this idea. But The Boys has been hard on corporate capitalism and how it uses identity politics to push products as well. Look at A-Train in this episode, trying to get back on the A-list by putting the spotlight on his race. He has no connection to his African heritage, yet he wants to rebrand that as the focus of his character. Why? Because it’s easy, marketable, and will all but force Vought to give him the spotlight. Then there’s Voughtland, especially Brave Maeve’s Inclusive Kingdom (I believe this was the title of this park verbatim), which makes money off of LGBT-themed merchandise and even food. This park thrives on the sexuality of a character who never wanted to be publicly outed in the first place. Vought doesn’t care about Maeve or her personality and interests, only that this one facet of her is marketable and progressive. Victoria Neuman also tells Hughie to give Starlight some slack because he “shouldn’t be afraid of a strong woman.” Yeah, Victoria’s strong in that she can pop people’s heads if they stand in her way. And I’m reeling from the revelation that Stan Edgar is basically her adoptive father! This is the first ounce of tenderness we’ve seen from him. Giancarlo Esposito is also hilarious in this episode. He’s regularly intimidating and charismatic, but he has some great one-liners in “The Only Man in the Sky;” I particularly liked it when he told Homelander it’s his party, so he can cry if he wants to. 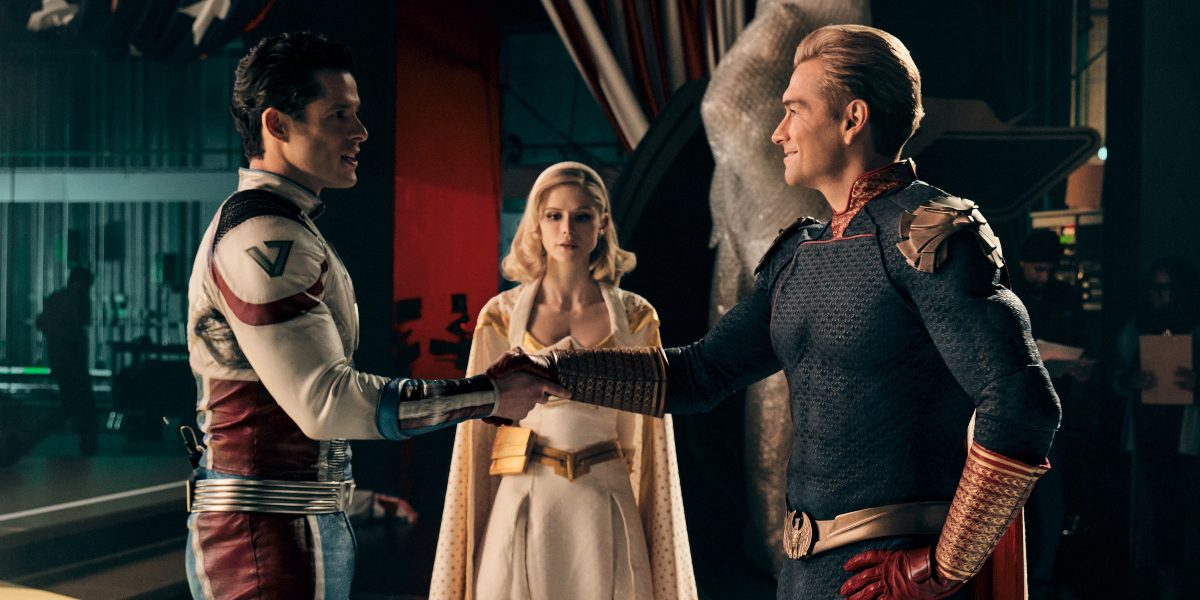 “The Only Man in the Sky” reminded me of how good Karen Fukuhara is as Kimiko. She’s perfectly cast as the mute character because her face is so expressive, and her smile is simply infectious. When she and Frenchie first get into Voughtland, she really does give off the vibes of a little kid at a theme park. There are also reminders of her brother and their traumatic childhood as she watches a young boy and girl enjoying their day at the park. She later blames herself for Crimson Countess ruining it with violence and fear. I thought it was a neat detail that Soldierboy’s theme music in his show is almost Captain America’s theme from the 2011 movie. The notes go up at the end of a musical phrase instead of down; there’s enough difference to protect them from copyright infringement, but composer Christopher Lennertz really did his homework. The rumors that Soldierboy sexually abused his sidekick Gunpowder mirror real-world jokes about superhero duos like Batman and Robin. This is random, but Butcher doesn’t wash his hands in the bathroom, and I am appalled. 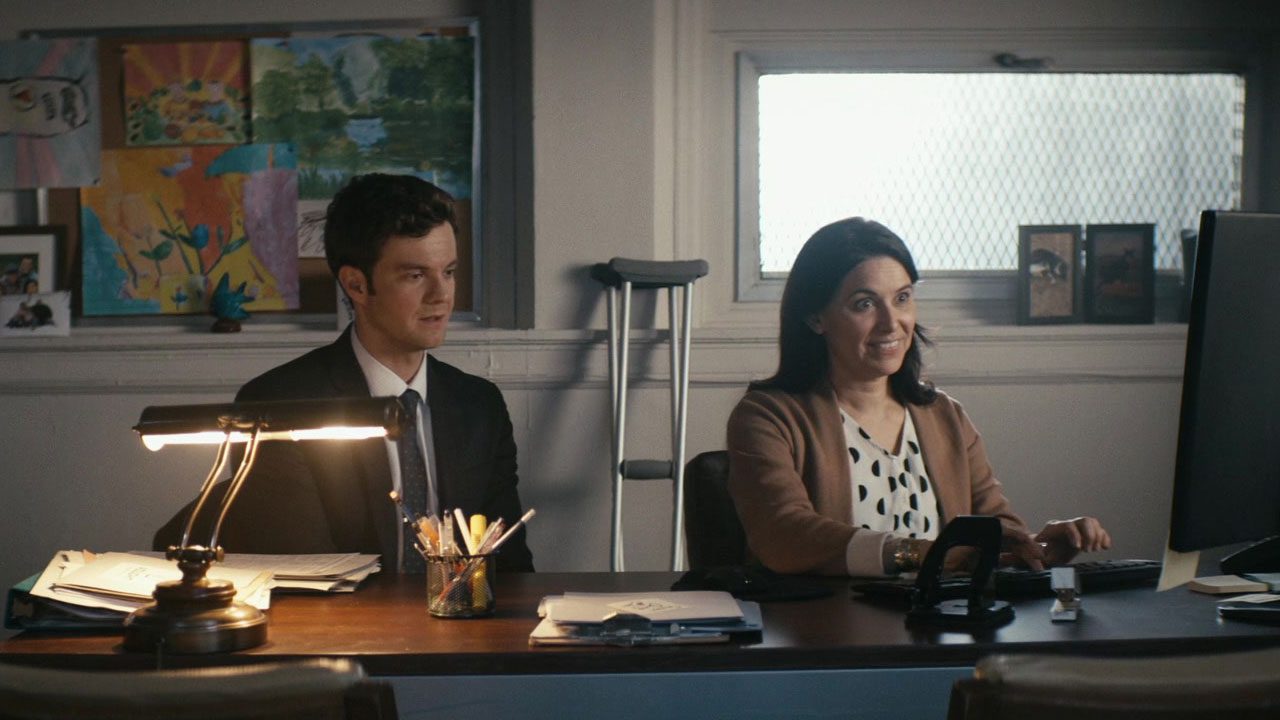 Homelander’s monologue is masterfully written and acted. Actually, he has two in this episode, one to the jumper and one to the crowd at his birthday bash. He likens supes like himself to gods and shuns the notion that they’re anything like the people who adore them. He frames himself as a messianic figure, saying he knew how Jesus felt about being the product of immaculate conception. Antony Starr almost always steals the show in this role, and this is no exception. With Homelander as the only man in the sky, these people have a lot to fear, especially as Stan Edgar seems to be losing his grip on him. He’s also becoming a little more unhinged with the suicide of Stormfront, who gave up hope when he told her to drop the Nazi crap. Butcher stoops to the lowest form of hypocrisy, shooting up with the temp V and killing Gunpowder. There’s a big contradiction in how he sees supes, how he feels about Ryan, and his willingness to become what he hates. Humans are full of contradictions, though, so in a way, this makes him more realistic.

“The Only Man in the Sky” has a lot on its mind, just how I like it. The usual amounts of gore and social critique are here, and the acting is powerful in this episode. Overall, I liked this considerably more than “Payback.”

"The Only Man in the Sky" has a lot on its mind, just how I like it. The usual amounts of gore and social critique are here, and the acting is powerful in this episode. Overall, I liked this considerably more than "Payback."