REVIEW: The Flash – Season 6, Episode 4 “There Will Be Blood” 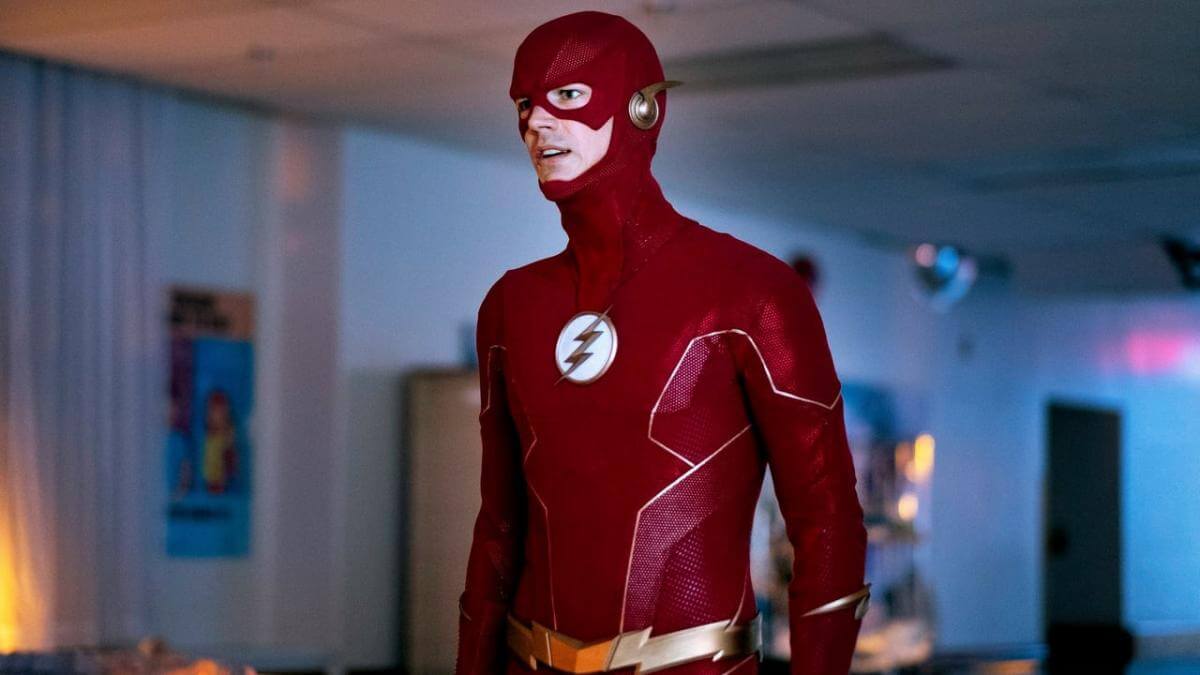 The Flash is on a roll this season, and “There Will Be Blood” (named after one of my favorite movies of at least the last two decades) is another stellar episode. There are a couple of missteps involving Ramsey Rosso, the burgeoning big bad, but they’re insignificant next to the wonderful acting and characterizations of Barry’s team members and how they’re facing the impending loss of their friend.

Barry decides to save Ramsey. Cisco won’t accept the inevitable. Nash returns with an offer Barry can’t refuse. Iris helps Ralph with the kidnapping case that’s been gnawing at him. Joe guides everyone through their grief. Ramsey begins to lose hope. Frost may have found her calling as a bartender.

“There Will Be Blood” begins where “Dead Man Running” left off, with Barry telling his friends that he’s going to die and nothing can change that. While everyone else appears to heed his call to accept it, Cisco refuses and resolves to find a way to save Barry. This is exactly why we all love Cisco; he’s the audience surrogate, the fan who loves superheroes as much as we do. And like us, he won’t give up on the Flash. But after five years developing their friendship, the human dimension is there as well: he won’t give up on Barry, the guy who’s become his other best friend (next to Caitlin). It’s one thing to accept your own death, but another thing entirely to accept the death of a loved one, and “There Will Be Blood” explores that theme through several characters.

Cisco is the most prominent, and the A plot is Barry trying to make him understand the sacrifices a hero must make. Barry doesn’t want to die, but he’ll accept it if it saves lives; he’d give himself up to protect just one person, let alone a multitude of universes full of people. In “There Will Be Blood,” he tries to show Cisco the value of a single life, of helping one man, and how that act of kindness can reverberate throughout the world. It’s a lovely commentary on Barry’s embracing of the immediate good over the greater; if you do good for one person, the greater good will follow. Ramsey Rosso is a dying man who needs help, and that’s all that should matter, but if he’s saved, he can then save many by finding a better cure for his disease, paying it forward in untold ways. By saving one person, they can save millions.

Not that this matters to Cisco right now, of course. He can only see his best friend giving up on himself, and he wants to focus on saving Barry, not some doctor with a death obsession. The too-good-to-be-true serum that Nash offers to help them steal could save Ramsey, but Cisco would rather use it for Barry. This is the call Cisco now has to make; does he trade Ramsey’s life for his friend’s? He does; Cisco hides the serum and pretends Nash was wrong about its location. It doesn’t take long for Barry to figure out what really happened (Cisco, who is a scientific genius, takes the notion of hiding in plain sight to a concept-nullifying extreme), and that’s when the point of the entire exercise is reveled; Barry wants Cisco to lead the team when he’s gone and has been trying to make him understand the hard choices a hero has to make. But Cisco failed, and makes it clear that he would do it again, casting Team Flash’s post-Barry future in doubt. 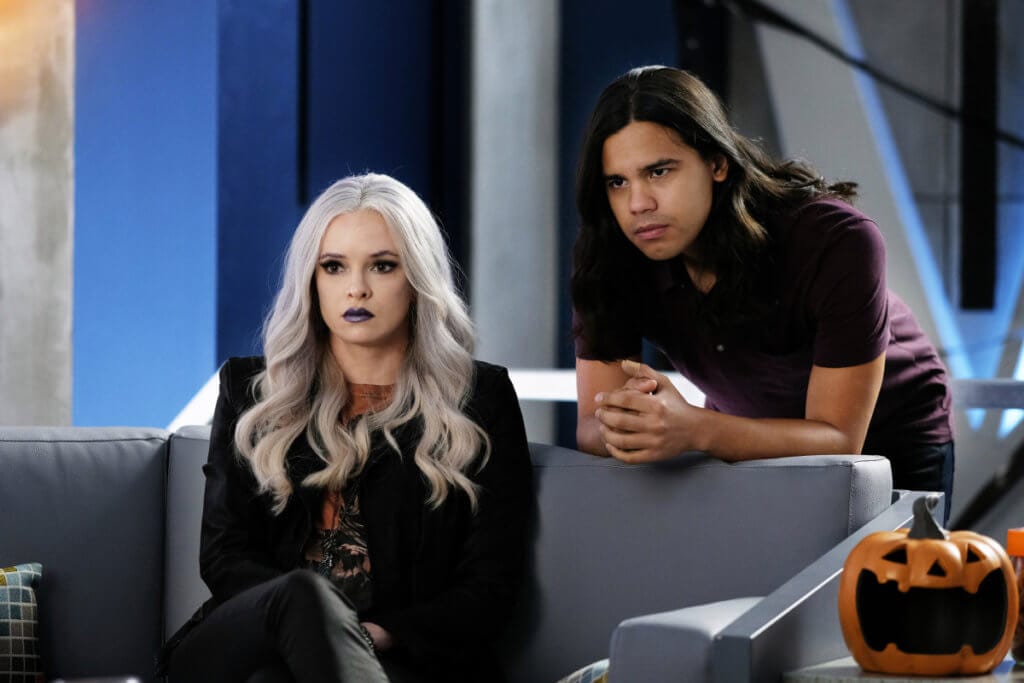 As it was last week, it’s Ramsey who puts the dilemma at the heart of “There Will Be Blood” in perspective for Cisco. The miracle cure doesn’t work, and Ramsey is still living on borrowed time, but it does lead him to realize what it is that can power the Dark Matter and stave off his death: fear. The fear he put into Romero triggered Romero’s adrenaline, which acted as the bonding agent that allowed Ramsey to accept his blood. Now, he’s ready to kill people to sustain himself, choosing his own life over a multitude of others. He’s turned into Barry’s direct counterpoint, and he is what Cisco could become if he refuses to accept death; as Frost warns while mixing martinis, trying to save someone who has accepted their doom can lead him “down a dark path.” Ramsey became obsessed with saving his mother, and now that she’s gone, that obsession remains, and he’s letting it make him a monster. With the help of his friends and the future represented by Rasmey, Cisco changes course, and Barry renews his faith in him taking over the team.

Others face Barry’s loss in “There Will Be Blood.” Ralph reacts the way Frost did when she thought she would die, and stops caring about the things that once motivated him. When Iris shows him some new evidence that could help him find the missing girl, he shrugs it off, unable to muster up the will to try to change a fate he’s being told can’t be changed. And Joe is trying to keep it together for everyone, but inside he’s falling apart at the prospect of losing his son. Both of these subplots are effective, showing how much Barry has touched the lives of those around him. Ralph wouldn’t be the good man he is without Barry showing him the way, and seeing where that leads makes him apathetic to the plight of others. Ralph has gone from the obnoxious jokester of season 4 to a compelling part of the show, and I’m glad we have his perspective. And Jesse L. Martin finally has something to dig into this week, which culminates in a show-stopping scene at the end, where he and Barry cry with each other over their looming parting. Their scenes together are some of my favorites, and this is up there with the best of them. Martin plays Joe’s slow breakdown perfectly, and Grant Gustin compliments his performance, showing how much Barry loves his dad, how he’s losing them as much as they’re losing him. All these years later and The Flash can still bring me to tears. 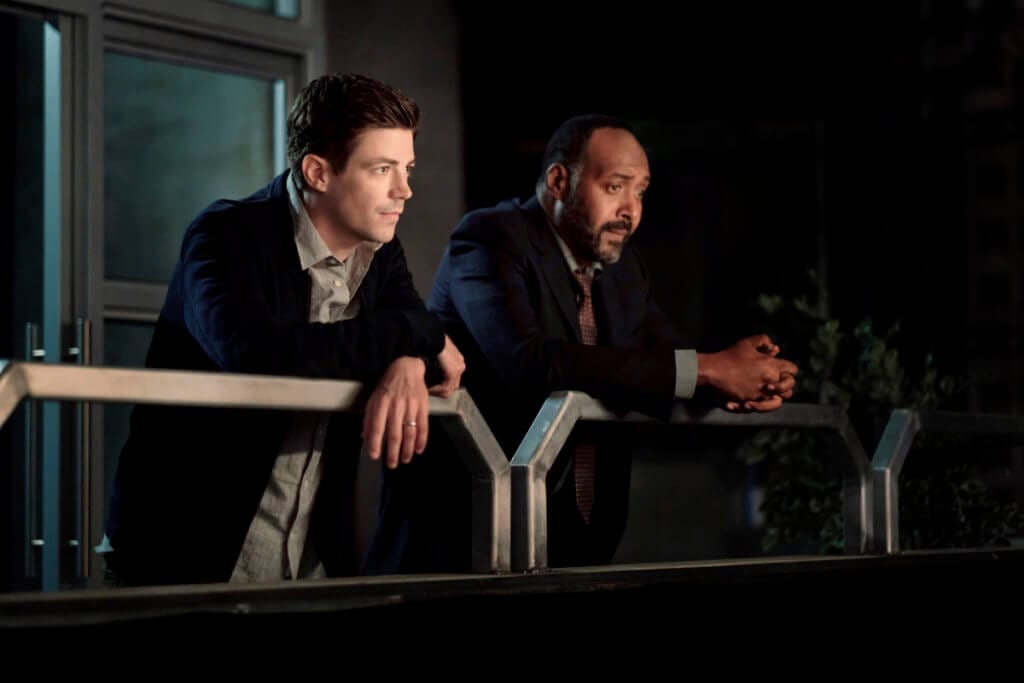 The marvelous heights it reaches make the failings of “There Will Be Blood” all the more frustrating. Ramsey’s flashbacks to his mother’s final months are entirely too quick and lose all the power they should have had because they don’t play out longer. Showing his mother’s acceptance in the face of Ramsey’s defiance is crucial, but it’s glossed over and rendered ineffective. Also rushed is Ramsey’s turn to outright villainy. This should have been a much slower burn, as Ramsey loses his humanity bit by bit. He’s already abandoned finding a cure and talks only about saving himself. I liked the moral ambiguity of those first few episodes, particularly the season premiere, where his felt like the right position. The shot of the Hippocratic Oath is great until they add the close-up of “FIRST DO NO HARM” (in all caps, of course, in case we didn’t get that doctors aren’t supposed to kill people and steal their blood). These mistakes aren’t enough to sink “There Will Be Blood,” but they do mar it a bit; fortunately, our last image in the stinger is Nash investigating the Monitor, indicating he’s tied into “Crisis on Infinite Earths” somehow; despite the rushed nature of Ramsey’s story, I get the sense this season was well-plotted beforehand, and it’s going to be fun watching it play out in the weeks to come.

“There Will Be Blood” is another fantastic episode of The Flash, with strong character development, furtherance of the season’s central theme, and hints at the future. Ramsey’s story is being too fast-tracked, and some of the editing choices are a little off, but the excellent performances and drama make up for it.

The Flash – "There Will Be Blood"

“There Will Be Blood” is another fantastic episode of The Flash, with strong character development, furtherance of the season’s central theme, and hints at the future. Ramsey’s story is being too fast-tracked, and some of the editing choices are a little off, but the excellent performances and drama make up for it.