REVIEW: The Lord of the Rings: The Rings of Power – Season 1, Episode 8, “Alloyed” 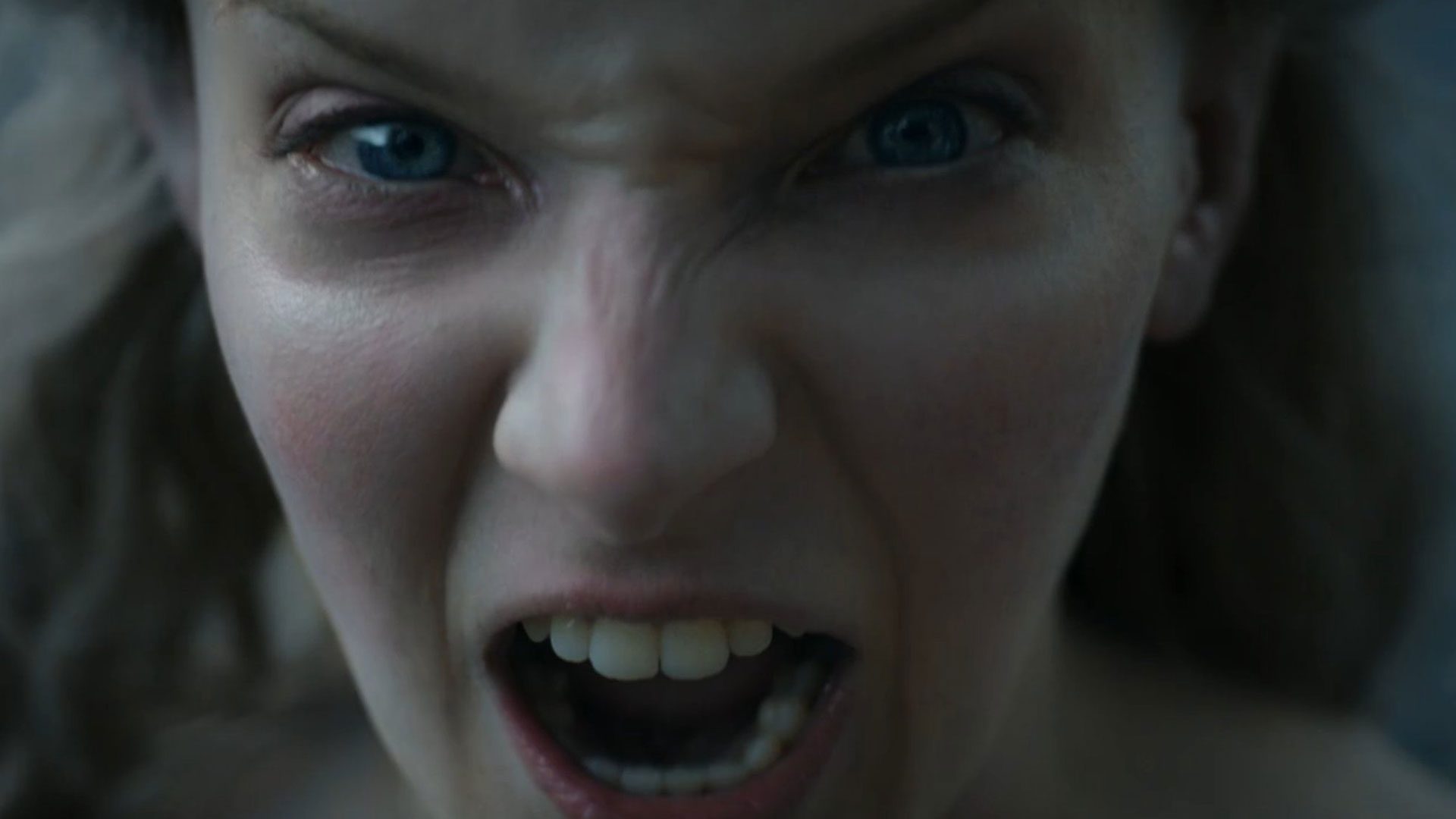 As Frodo once said with a twinge of relief and hope, “It’s Done,” to which Sam replied, “Yes, Mister Frodo. It’s over now.” The cancerous The Lord of the Rings: The Rings of Power has come to a long-awaited conclusion with this week’s “Alloyed.” Never has an episode of television been so celebrated for its ending; true fans of Tolkien and common-sense viewers rejoiced the world ’round that this weekly torture of infantile writing had ended. The Rings of Power did not end with a bang nor a thrilling revelation that inspires interest in coming seasons. It ended with a sad whimper, pathetically dragging on forever before fading into oblivion. The best thing in this episode’s favor is that it’s the end. As such, it eked out a degree of enjoyment and satisfaction from many of the fans. Beyond this satisfaction at the end of the season, there is truly nothing to enjoy or praise about this altogether average Rings of Power episode.

All the issues that have defined The Rings of Power in the past are still just as present in “Alloyed,” such as the horrific dialogue, non-sequiturs, lack of story momentum, no action sequences, inconsistent or contradictory characters, and a complete misunderstanding of right and wrong. “Alloyed” is everything that could be predicted from previous episodes. Now that the story is told and the season is complete, there is no doubt that this entire enterprise has been a complete waste of time and money meant to pad the egos of Amazon and launder large amounts of cash. There is no other logical explanation for the abysmal dumpster fire that is The Rings of Power.

The plot of “Alloyed” is once again bare-bones and bloated beyond imagination, accomplishing nigh on nothing. This entire episode could have been ten minutes at the end of the previous one. Not-Gandalf is revealed to be Gandalf. He fights slim lady, who is a Ringwraith rip-off. Then, Gandalf and Nori set off on their own little adventure together. Halbrand helps Celebrimbor by suggesting smelting — which is 90% of smithing — the mithril with other ores. Galadriel randomly finds out that Halbrand is Sauron after not suspecting the highly suspicious man for seven episodes. Sauron flees upon this revelation, allowing Galadriel to suggest the making of the three elven rings out of the mithril rather than the originally intended project. Lastly, the king dies back in Númenor. That’s it. The season finale answers virtually no previously known questions, dragging out its runtime to inordinate proportions.

Once again, time and distance mean nothing in this show. “Alloyed” opens with Gandalf in the Greenwood, or Mirkwood, as it’s later known. As established in the previous episode, there are two possible locations for the Harfoots’ orchard: either just north of Mordor or where the Shire will eventually be. Both of these are roughly 1000 miles from the Greenwood. Later, Galadriel establishes that this episode takes place six days after Halbrand was injured, or five days since “The Eye” ended. Galadriel’s journey from Mordor to Eregion is also a roughly 1000-mile journey. Meaning that not only did Galadriel ride 1000 miles in five days, but Gandalf walked that far, and so did the tiny Harfoots. Then, at the end of the episode, Gandalf and the Harfoots walk all the way back. Additionally, the voyage from Mordor to Númenor, which previously took a day, occurs in over five in this episode, for some inexplicable reason. The writers just didn’t know what to do with the Númenóreans this entire episode, so they let them sail through most of it. They cannot even be consistent with their own warped sense of time and space. The showrunners care not for time or distance, merely shoving characters where they need to be for whatever convoluted scenes the writers have conjured. 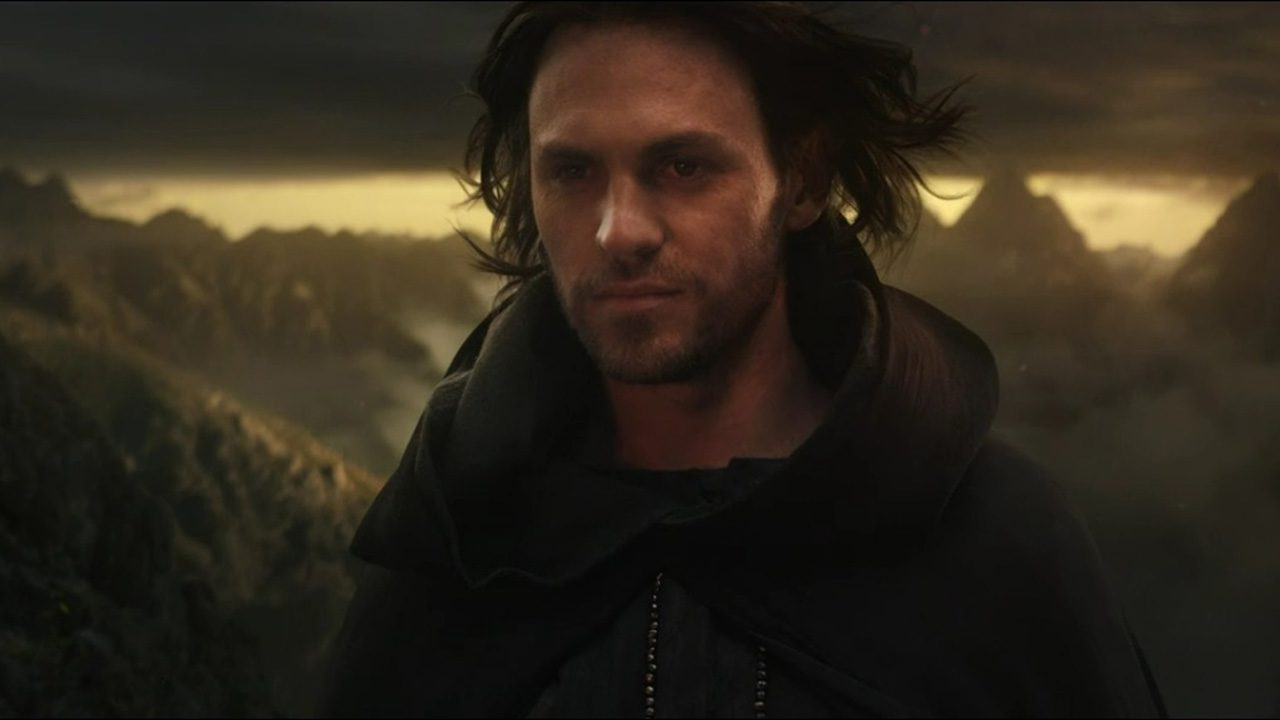 The big crutch of “Alloyed” that the writers hoped would carry the audience through this abomination is the reveal of Sauron’s true identity. This is forced and comes out of the blue. Galadriel has not decided to vet this random person she just happened to come across in the ocean, who happened to have an old baggie with a sigil on it that he straight-up said he got from a dead man. But when Celebrimbor quotes Adar from the last episode word for word, she is suddenly all suspicious. The writers do not realize that this has presented her as incredibly unintelligent. If this is when she suddenly discovers the truth, she has been inadequate and extremely gullible for the entire season before the writers suddenly increase her intelligence a million-fold for her to come to this conclusion.

For Galadriel’s suspicions to be confirmed, she sends a random elf to find in their limited human records that the line of kings was ended, so Halbrand cannot be the king that was promised. It’s fortunate that one of the few records the elves have regarding humans is the one she needs to prove that Halbrand is not the heir. Also, if the line of kings was ended, why was there a prophecy about the king who was promised? The reveal sequence of Sauron itself is incredibly cliché and virtually meaningless. Sauron just puts Galadriel through some of the previous scenes of the show in the most superficial ways. A CW writer could develop a more compelling dream sequence to reveal his identity.

Another example of the writers inadvertently showing that Galadriel is incredibly stupid is when Galadriel is awoken from this dream sequence by Elrond. When she wakes, she demands that he tell her something that only he would know. This is stupid because, in her dreams, Finrod was also telling her things that only he would have known, meaning Sauron somehow had access to her memories. Because of this, he could have easily taken Elrond’s first memory of Galadriel from Galadriel’s own mind, convincing her that he was Elrond. She was shown that he had access to her memories but conveniently forgot a mere moment later. 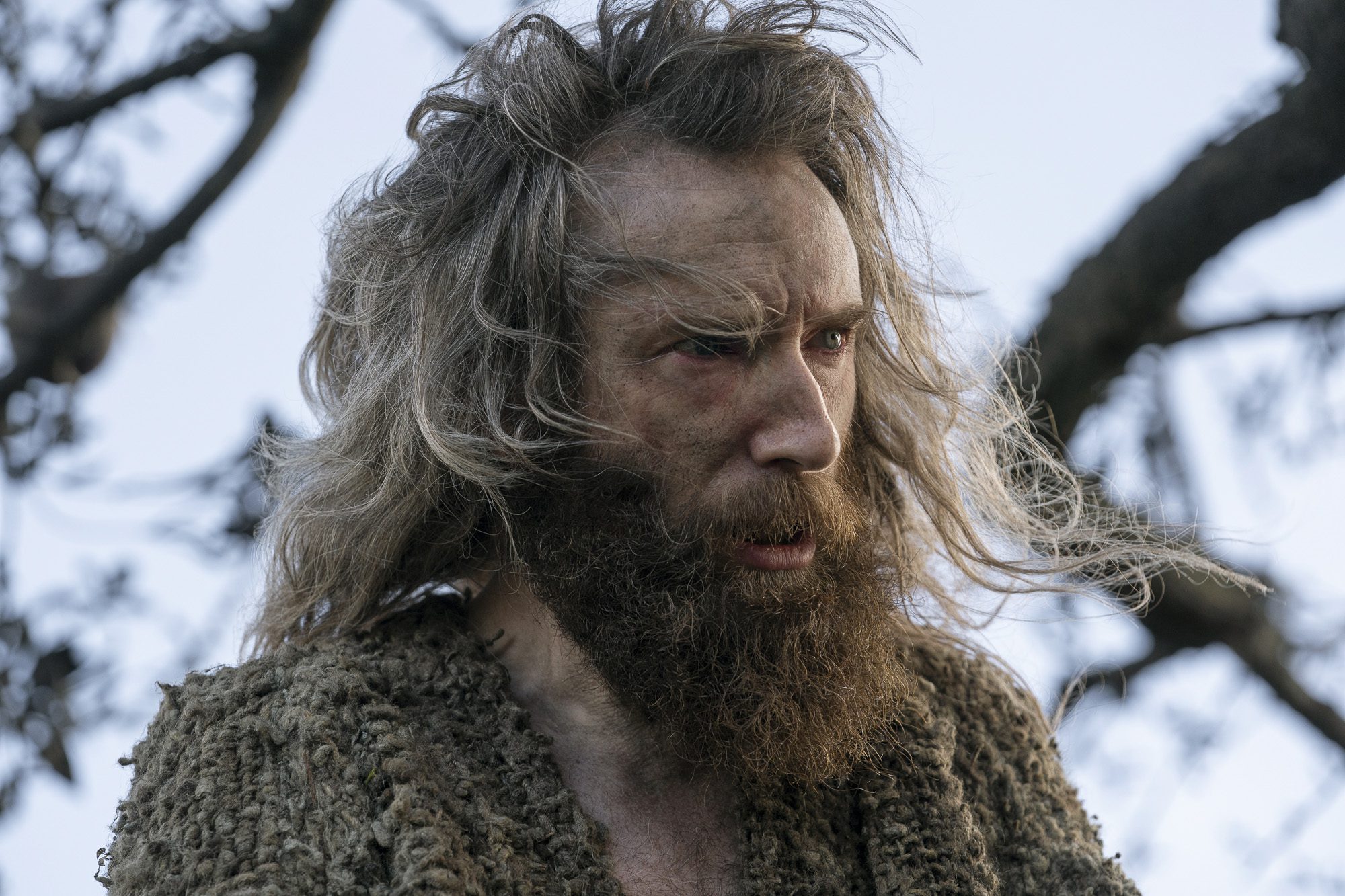 “Alloyed” is rife with minor references to the true lore and the Peter Jackson trilogy. Amazon has the gall to throw out the lore, then include Easter eggs alluding to it, and they expect the fans to be OK with this? They mock and desecrate what they should be adapting, then mention how things are supposed to be, and they think this will appease the disgruntled fans? At this time, Sauron should be Annatar, The Lord of Gifts, not Halbrand. So, the writers decide to have Halbrand give Celebrimbor the inspiration needed to make the rings and call it a gift in some vain attempt to bridge the gap between whom Sauron is supposed to be and the cheap fan-fiction character with whom they replaced him. There is also rampant repurposed dialogue, such as Sauron calling Galadriel a dark and beautiful queen as treacherous as the sea. For a show that was constantly said to have nothing to do with the Peter Jackson movies, it sure wants to remind the audience of those movies a lot. The last truly egregious reference they make comes in one of the episode’s final moments. While standing on a hilltop and determining the direction for their new journey, Gandalf says, “Always follow your nose,” despite that line being virtually meaningless in this context. It was simply included as another blatant confirmation of his identity.

Perhaps the most baffling decision made in “Alloyed” is the choice to leave Isildur’s fate a mystery. Unless the show intends to replace him in the story with his sister, the audience knows he’s alive because he’s the one who cuts the ring off Sauron in the end. There is no payoff to his fake-out death and the rescue mission embarked upon by his horse. Since his survival is a known fact, what is the point in pretending that it is an end-of-the-season mystery to be revealed in season two? 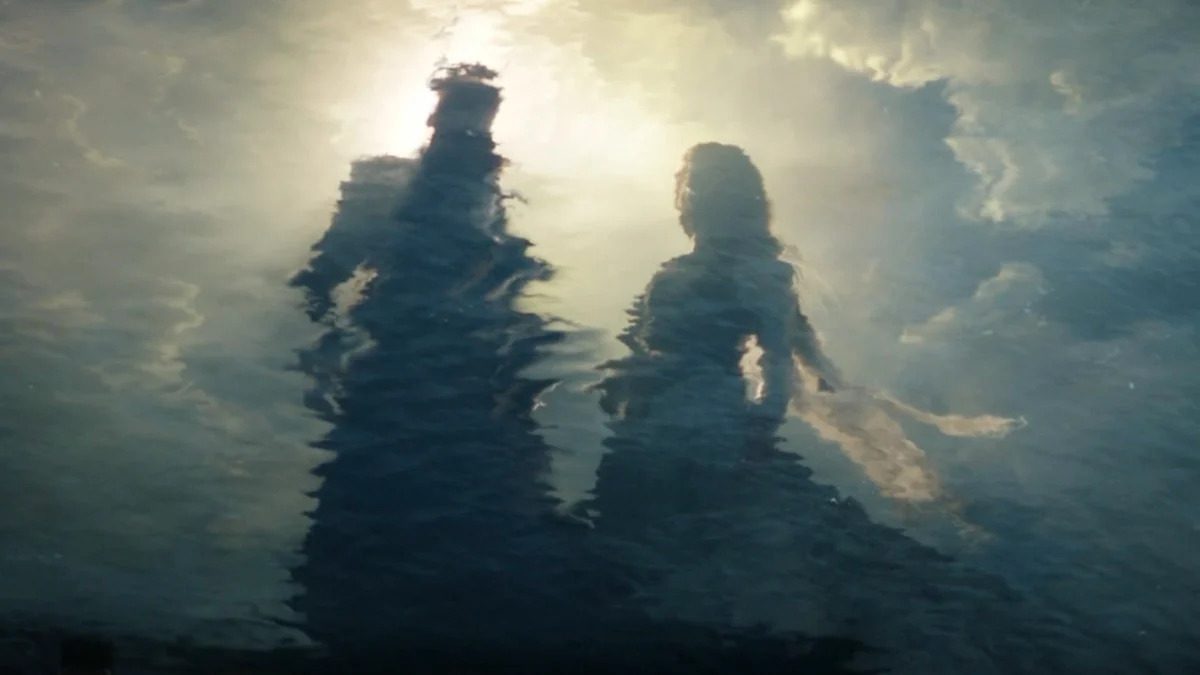 Rings of Power is finally over. This small mercy does aid this episode in evaluation. “Alloyed” is an altogether average episode for this season, crawling the show to its finish line, crying and moaning the whole way. By all realms of credulity and logic, there should not be a season 2 confirmed, yet through business chicanery, there is. Luckily, this new season is at least two to three years away, another small mercy. This show will, without question, go down as one of the worst television series in history and be a forever monument to corporate “fuck around and find out” when they go to war against the fans.

"Alloyed" is an altogether average episode for this season, crawling the show to its finish line, crying and moaning the whole way.