“I’m a simple man making his way through the galaxy, like my father before me.” 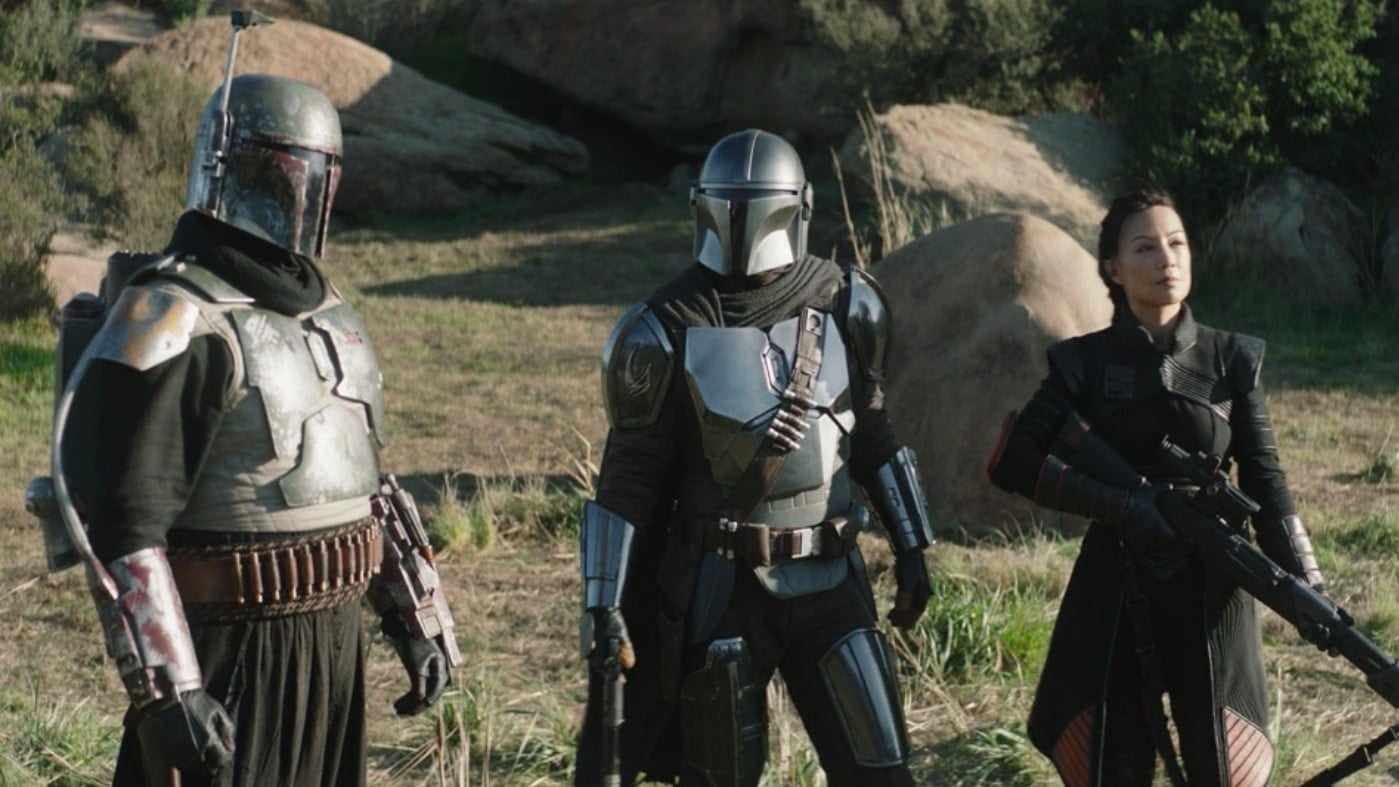 “The Tragedy” finds Mando practicing with Grogu and the ball. He tells Grogu he must go with the Jedi if one comes to him. They arrive at the temple ruins on Tython, and Mando places the baby in the middle, just like Ahsoka said. But as soon as the baby activates the seeing stone, Boba Fett lands on Tython and demands to have his armor returned. He has Fennec Shand pointing a gun at the baby, explaining that she survived because he found her at the end of “The Gunslinger.” They offer to leave him and Grogu unharmed if he returns Boba’s armor, which he reiterates is against the Mandalorian code. Their quibbling is interrupted by the arrival of an imperial ship as Stormtroopers flood the place. The Mandalorian tries to grab the baby and is knocked out by a force field around him. In-between killing Stormtroopers, Boba sees his chance as Mando’s ship door has been left open. Grogu collapses as his force field dissolves. Just as the troopers have Mando and Fennec cornered, Boba comes down in his old armor. Soon, the three have the troopers retreating, but it isn’t over yet. Moff Gideon comes in with an Imperial Cruiser and blows the Razor Crest away in one shot. He sends down the Darktroopers, and they take Grogu. Boba tells Mando that his father was a foundling and, as such, even he agrees that Boba should have the armor. Boba and Fennec pledge to help Mando get Grogu back, as ensuring his safety was part of the deal. Mando goes back to Nevarro and asks Cara Dune to locate Mayfeld from “The Prisoner” because he can help him find the baby. 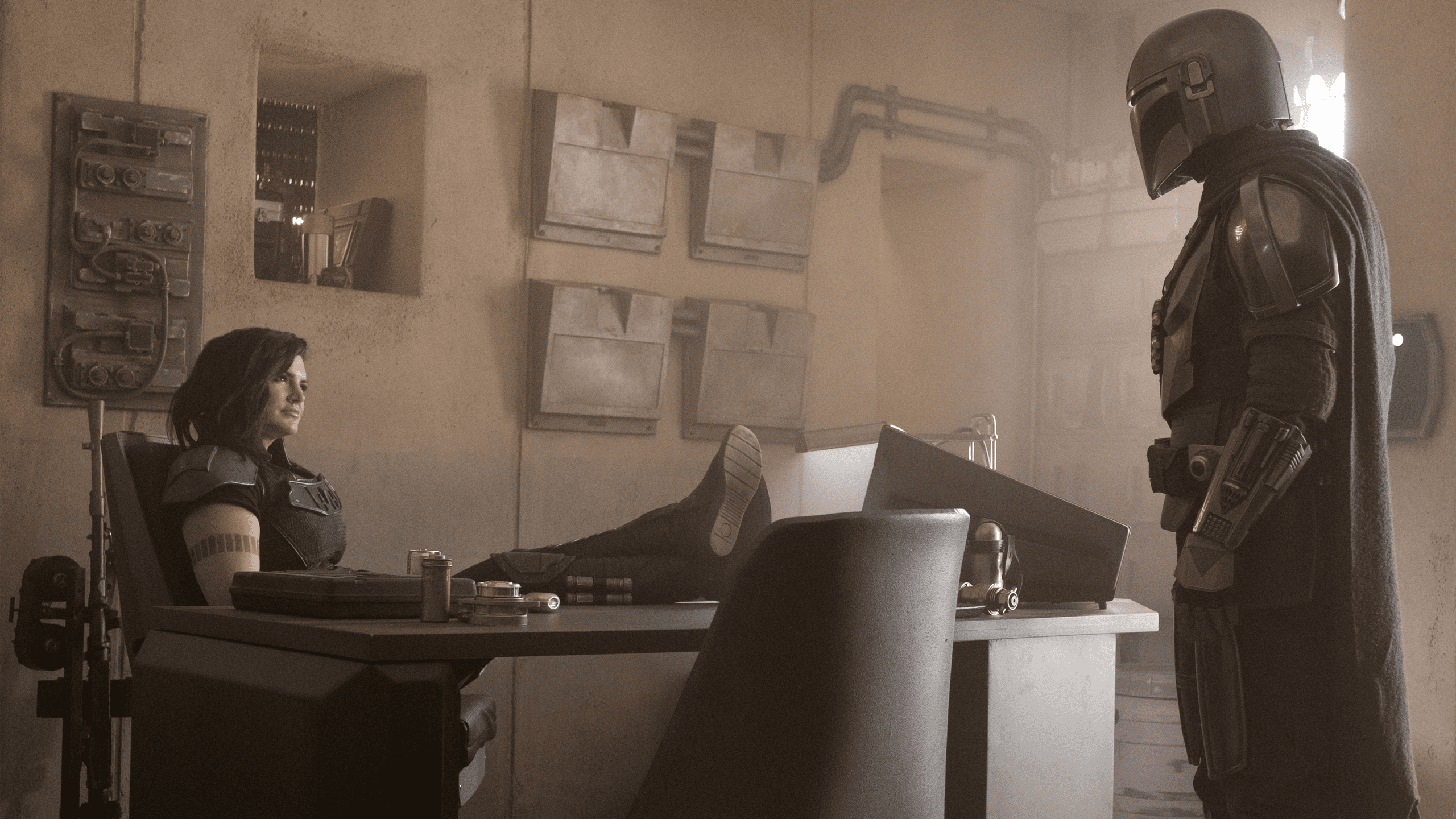 “The Tragedy” is a really good episode and goes full-speed from start to finish. If I knew upfront that this episode would co-star Boba Fett and Fennec Shand, as well as open the door to re-introducing another minor character from season one, I would have rolled my eyes. However, time and again, the makers behind The Mandalorian prove that these characters are here for a good reason, and they know just what to do with them. When Boba’s assistant proved to be Fennec Shand (with Ming-Na Wen reprising the role), I groaned a little bit, but it actually works pretty well. Apparently, Boba found her at the end of “The Gunslinger” last season, and the gratitude she feels to him makes sense. It’s interesting that she’s part android now as well. “The Tragedy” toys with and ultimately answers a question that has plagued fans since season four of The Clone Wars: are Jango and Boba Fett Mandalorians? We could have assumed so based on the armor, but Mandalorian Prime Minister Almec remarked that he was just a petty criminal and not a Mandalorian. This could have meant a few different things, none of which have been clarified until now. Jango Fett was a foundling, and that’s how he, and subsequently Boba, got the armor. I’m glad this was answered once and for all, and I like the answer they give. I love this concept of foundlings and how at least Mando’s branch of the Mandalorian tree takes in orphans and helps them. 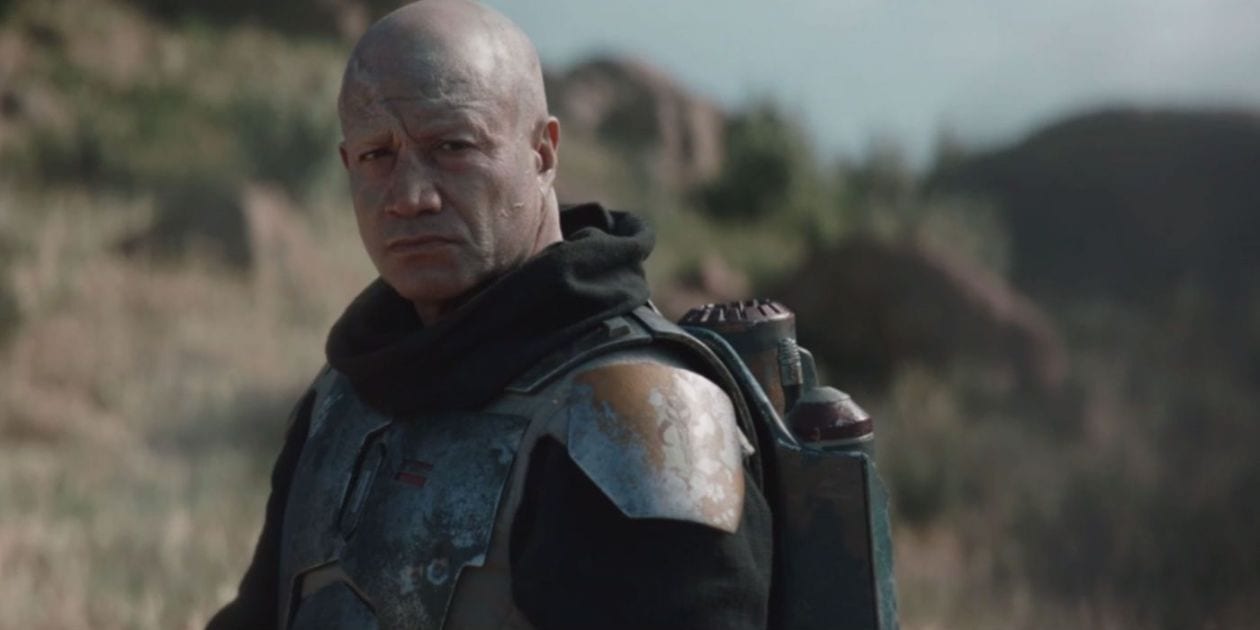 “The Tragedy” also looks and sounds great. Unsurprisingly, director Robert Rodriguez gives us quite possibly the most action-packed Mandalorian adventure yet, and it’s only about half an hour long! I love Boba Fett’s new fighting style with the staff thingy (I’m not sure what that’s supposed to be), and the tension constantly builds as more and more ships arrive on Tython, ferrying bigger and bigger threats. It’s also interesting that Boba says he gives his allegiance to no one, but he clearly has some kind of moral code he follows, not too unlike the Mandalorian code. What Fennec is doing for him seems akin to a life debt, where she’s basically his servant now for saving her life. And he insists, time and again, on doing the right thing even when Mando would release them with the armor. I like this much better than his non-personality in the original trilogy (which always made me wonder why people liked him so much) and his appearances in The Clone Wars. It made sense why he was that way in TCW; he was, like, 12 years old and thrust into a world of piracy and bounty hunting. But it was annoying, nonetheless.

Mando and Grogu’s interactions in “The Tragedy” are especially sweet and poignant, which is fitting, given what transpires. I just love the way Grogu looks up at him whenever Mando says his name. It’s a small detail, but it’s very cute and endearing. The music was beautiful and bittersweet when Mando told Grogu he had to go with the Jedi if they came for him. It’s also hugely emotionally effective when they show the Darktroopers shooting into the skies with Grogu as Mando looks on. They even manage to fit in slow, quiet character moments despite the short runtime. A great example of this is when Mando just stands there staring at the crater where his ship used to be, like he can’t believe what just happened or hasn’t processed it yet. I have a feeling some people may actually cry when he digs the ball out of the wreckage. I wonder if, cliche as it may sound, this ordeal will make him (or even Grogu) realize that they can’t be apart. Their bond has grown so strong in such a short span of time that Ahsoka could see that Grogu considered Din his father. And after everything the show has put them through, from a story perspective (and a marketing one, let’s be real here), I can’t believe they’d separate these two. All the tie-ins and big action sequences are great and help the galaxy feel real and alive, but it’s the interplay between the masked hero and his green baby that keeps people coming back. That’s the show.

“The Tragedy” is an excellent episode in almost every way possible. The action, set design, music, and acting are on point all the way through. What should come off as a cheesy team-up crossover with Boba Fett instead proceeds very organically and doesn’t feel forced at all. I eagerly look forward to seeing Mando kick Gideon’s ass and get Grogu back.

The Mandalorian Season 2, Episode 6, “The Tragedy"

“The Tragedy” is an excellent episode in almost every way possible. The action, set design, music. and acting are on point all the way through. What should come off as a cheesy team-up crossover with Boba Fett instead proceeds very organically and doesn’t feel forced at all. I eagerly look forward to seeing Mando kick Gideon’s ass and get Grogu back.