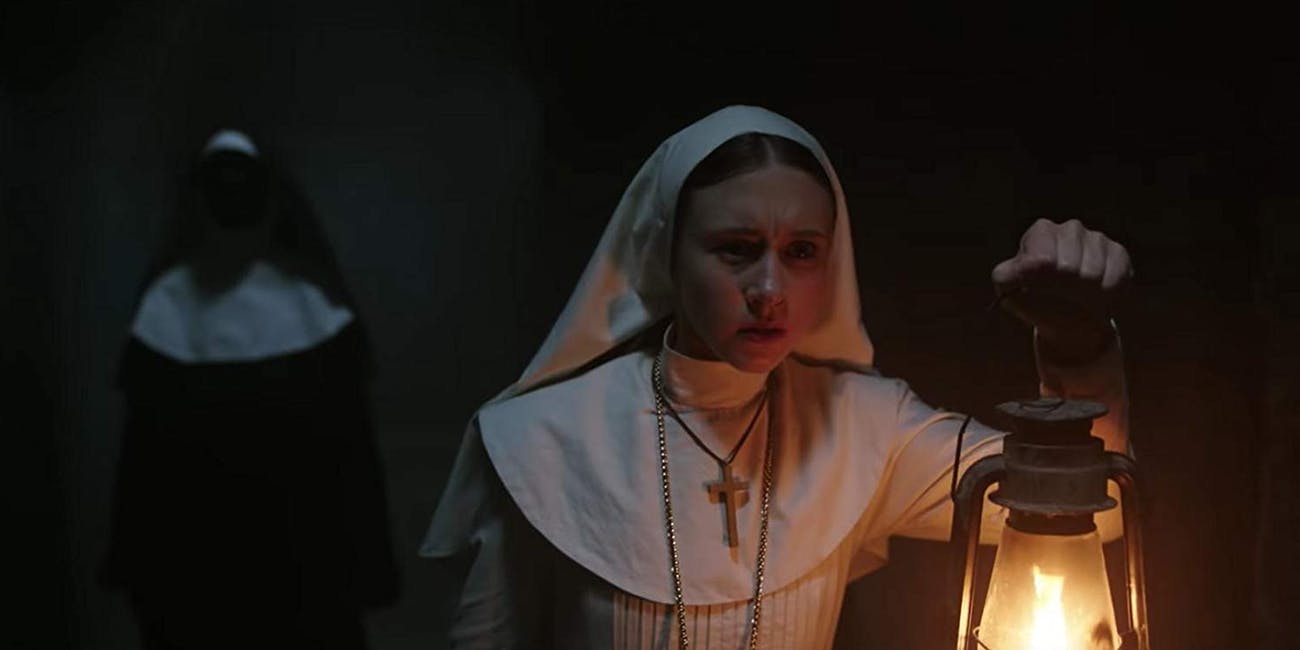 Horror movies these days oftentimes rely too heavily on jump scares to tell their story effectively. Modern horror especially suffers from an oversaturation of these types of films. Back when The Conjuring came out, it became clear to a mainstream audience it was possible to mix in jump scares without sacrificing the integrity of the film. The Conjuring 2 proved that the first movie was no fluke, but the spin-off Annabelle movies haven’t fared nearly as well. The Nun, sadly, continues the trend of bland and unnecessary spin-off movies that do their best to devalue the Conjuring franchise as a whole.

The Nun takes place in 1952 Romania, where a nun mysteriously commits suicide. The Vatican assigns Father Burke and Sister Irene to investigate the situation and find out what caused the nun to kill herself. They arrive and discover that the abbey has been corrupted by a demon, so they must stop it before it escapes and spreads its influence on the world.

I was really disappointed with how little substance there is in The Nun. The audience finds out quickly that this movie is just a series of predictable jump scares. The setup is pretty generic too. Burke and Irene get to Romania and meet up with a man named Frenchie. He takes them to the abbey, and spooky stuff happens. With the exception of one plot element that has to do with the nuns, there aren’t any creative ideas here. Actually, there aren’t many ideas here at all.

With the story being practically non-existent, the characters in The Nun are tasked with getting the viewer to care about the movie all by themselves; sadly, they’re nothing special either. They have no defining traits that will leave any impact on the audience, and they fall into the habit of making stupid decisions. If there’s one thing in a horror movie I hate, it’s when characters ignore all logic and put themselves into the very situations they are trying to avoid. When they do this, it becomes clear that they aren’t valued in the movie and are only there to set up the next jump scare. Considering how The Conjuring films made it a point to have amazing character moments, this is unacceptable.

Director Corin Hardy seems to have had a hard time constructing creative scares. There are only a few different setups for them in The Nun, which means most of the scares are nearly identical to each other. There are too many scenes with characters disappearing and then quickly reappearing somewhere else. There are also plenty of moments where you can see something out of focus behind one of the characters. These are the least original ways to construct an effective horror scene. It’s like listening to a comedian tell a joke, but you already know the punchline. Yeah, it’s funny the first time, but the more you hear it, the less you care.

Despite that problem, The Nun at times produces a chilling atmosphere. The lighting is fantastic and the movie’s quieter moments work very well. The problem is that they never follow through and stay consistent with these scenes, often opting to go with a louder, in your face approach that falls flat every time. This is especially true in the third act, where The Nun decides it wants to become a full-on monster movie. The only monster that actually works is the nun herself; just like in The Conjuring 2, she strikes a terrifying image whenever she appears. She has a presence that instantly heightens the tension. I just wish they showed her more because the ghosts and monsters we’re left with for the majority of the movie are extremely lackluster. 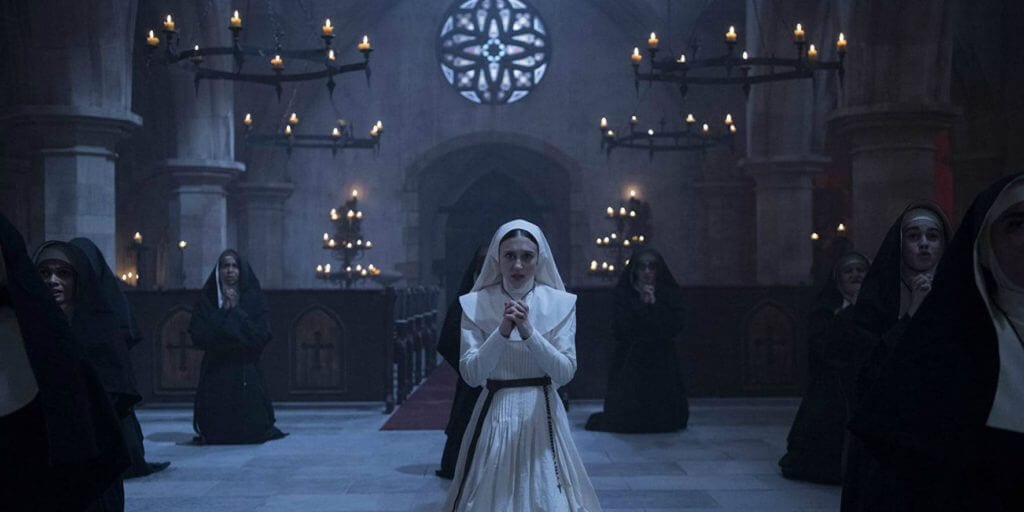 The tone of The Nun is also really inconsistent, and this is largely due to the character Frenchie. I don’t know why anyone thought it was a good idea to include a womanizing idiot in a movie like this, but here he is. I will admit that, at times, his presence is a welcome change to the slow and one-note presentation of the film, though. In the third act, we see a lot more of his character, and that’s really where he negatively impacts the tone. He has this goofy presence that doesn’t mesh well with a demon nun trying to kill everyone. In the end, he even starts spewing out generic action movie one-liners that kill the climax entirely.

The one aspect that The Nun gets right is the acting. I was surprised to find that everyone involved did a great job. Taissa Farmiga is really good as Sister Irene. She is given the most screen time, and she lets her facial expressions tell the story. The script doesn’t allow her to do much with her dialogue, but her delivery is never off. Demián Bichir is also solid as Father Burke. He is given even less to do, but he still manages to deliver a better performance than this movie deserves. Jonas Bloquet does the best he can to make Frenchie work. The character doesn’t belong in this type of story, but Bloquet isn’t bad in his role at all.

Overall, The Nun is a missed opportunity to turn the nun character into something iconic. The nun’s aesthetic makes it an instantly terrifying presence, but the movie surrounding it doesn’t do it any justice. There are a million films out there almost identical to this one, and a lot of them are way better. The plot is non-existent, the characters are hollow and the horror is repetitive. The music does nothing to stand out, and the most relevant audio is the obnoxiously loud noises that are used to try and startle you out of your seat. The only saving grace is that the actors actually cared. Despite not being given much material to work with, they all tried to make this the best movie they could. The Nun is nothing more than a way to cash in on the popularity of the Conjuring franchise without delivering nearly the same quality.

The Nun is a sad attempt to cash in on the popularity of an established movie franchise. The weak writing makes it hard to justify why this movie exists.