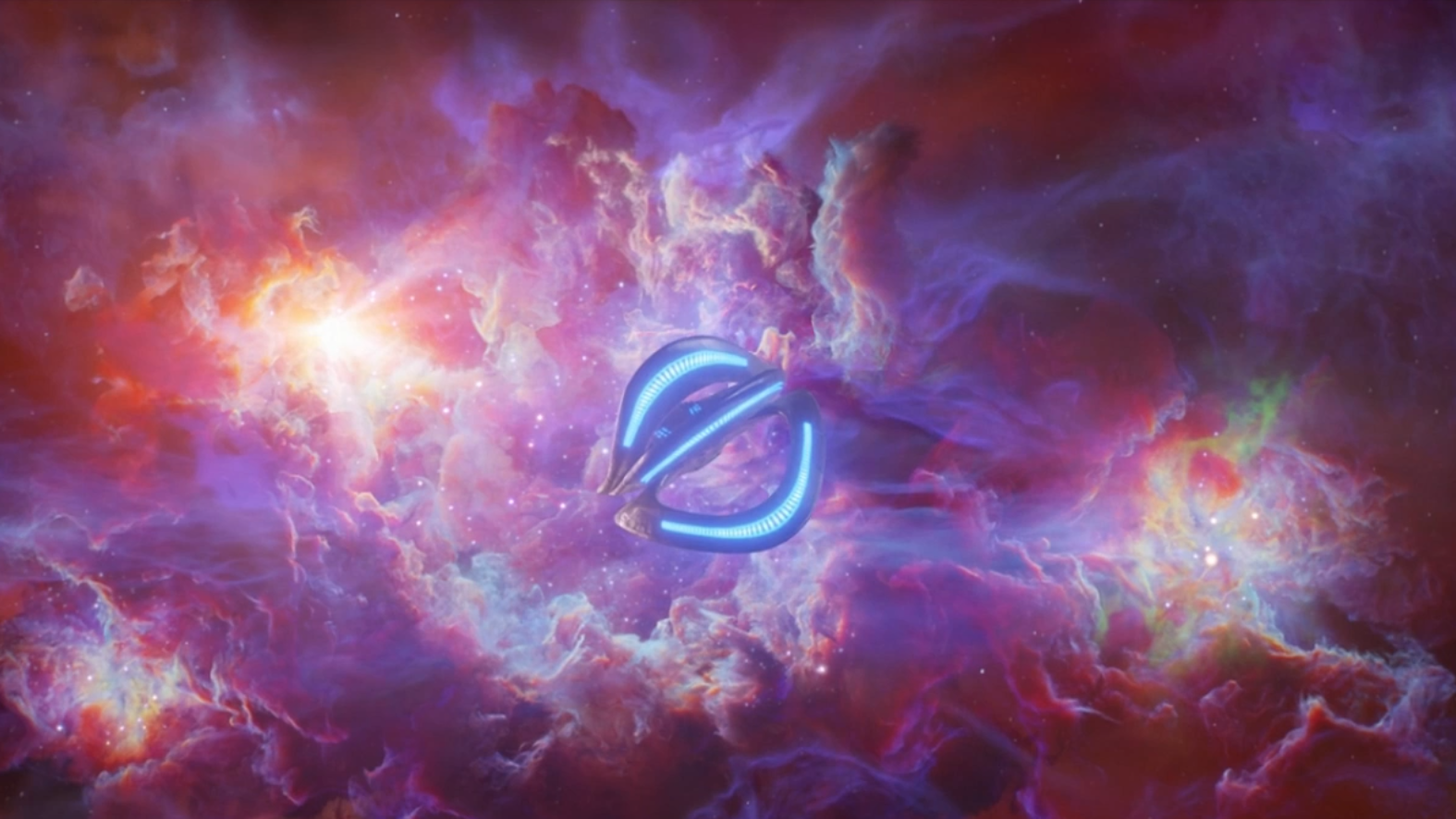 The thrilling continuation of The Orville: New Horizons, “Shadow Realms,” aired last night, bringing a harsh edge of horror into this beloved sci-fi series. The first fifteen minutes drag on for quite a while, causing concerns that this may be an underwhelming episode. Additionally, the new Admiral character, who had a previous relationship with Doctor Finn, gives a rather underwhelming performance, delivering little to no chemistry with Finn.

However, the last forty-five minutes thoroughly redeem the Admiral’s character in several ways and more than make up for the initially slow pace, as the groundwork is needed to thoroughly explore the incredible concepts delivered within the episode. Despite this redemption of both plot and character, “Shadow Realms” is not quite as tight an episode, in terms of both character and writing, as “Electric Sheep.” Regardless, “Shadows Realms” is still an incredible addition to The Orville’s universe and an altogether thrilling and phenomenal episode of television.

“Shadow Realms” sees the Orville entering into a trade negotiation with the Krill, who are finally willing to begin peace talks following their unification against the oncoming Kaylon threat. The Admiral comes on board to negotiate with the Krill to gain safe passage through their space into an unexplored part of the galaxy to which the Union has never before had access. Since the Union is still an exploration-first organization rather than a military force – despite the war – they are willing to negotiate strongly to gain access to a new part of the universe. During the meeting, the Krill mention a vast area of space called the expanse, which is free of all stars and planets; just endless nothingness that the Krill call a shadow realm. The Krill religion believes that the shadow realms are inhabited by demons that will possess any who dare enter them and convert them into monsters. The Orville ignores this warning and proceeds to enter the mysterious dark realm.

The effect of this strange empty space is made far more poignant when, moments before entering it, the Orville encounters an immense nebula filled with swirling colors and countless stars exhibiting the purest beauty of outer space. The show compares the two as opposites, vast light and colors inverted by endless darkness. Once inside the expanse, the Orville receives a distress call which leads them to a strange-looking space station.

Upon entering the space station, they discover no life whatsoever. In their exploration, the Admiral is sprayed by an unknown organic device but is otherwise unharmed – until he gets back on the ship, where he quickly transforms into a horrific new species, a monster. Using his vast intelligence, which is still intact, the Admiral shuts off all power to the Orville and begins hunting the crew, transforming any he comes across into monsters like himself. The remainder of the episode descends into the realm of horror as the crew is stalked in the piercing darkness of both the ship and the endless space around them. 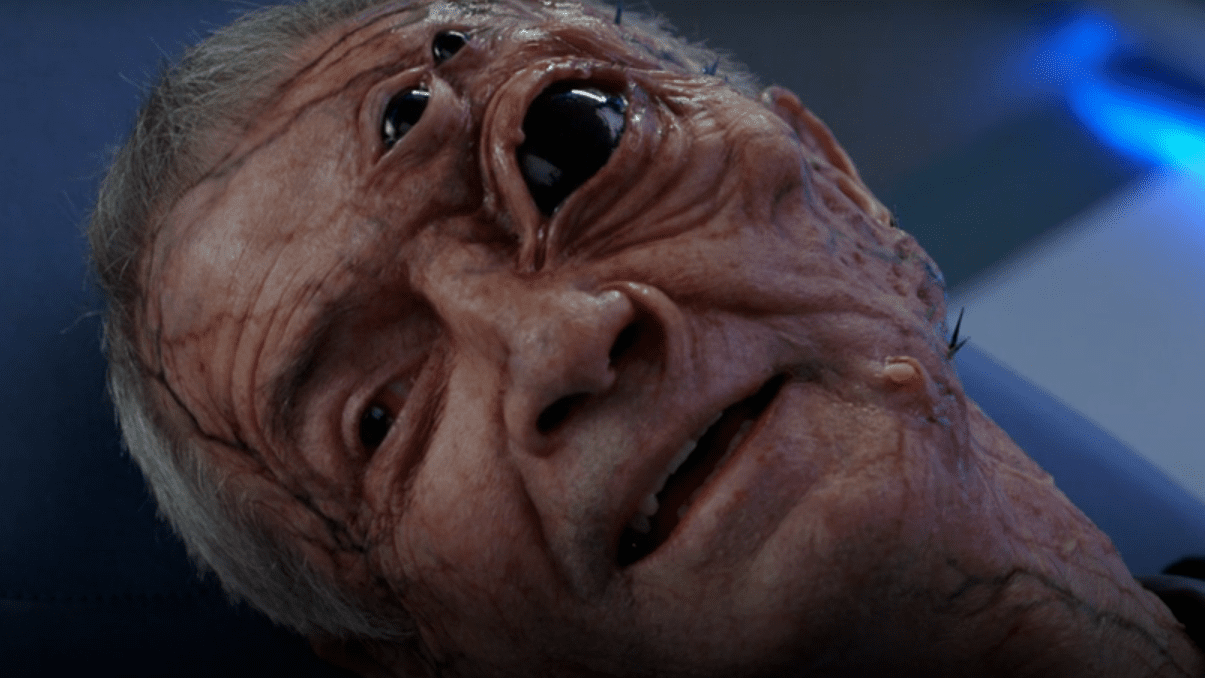 These creatures, driven only by their need to reproduce, are brought to life with stellar CGI and practical effects, culminating in some sequences of true body horror as crew members are ripped apart from the inside to become these nightmare monsters.

The surviving members of the crew must work together to restore power to the ship and give Doctor Finn the resources necessary to come up with a virus that can kill the immunodeficient new species. These strange creatures can only reproduce by taking over the bodies of other races and spreading out like a parasite or virus into the galaxy. The distress call was not a distress call but a mating call. With the virus created, Finn confronts the now mutated Admiral and gives him a final chance to leave and stop killing her crew before she exterminates them all. This Doctor Who-like “I must give them a chance” moment effectively depicts the morality of this crew and this show. They are not soldiers; they are not warriors; they are explorers who want to preserve the universe, but their curiosity drives them to understand as much of it as possible. That is the key beauty of this show and Star Trek.

During the final confrontation between Finn and the mutated Admiral, the Admiral speaks again in a powerful moment, showing that his intelligence had endured through the transformation. His last words, “We will go, but not forever,” hold an ominous sway over the crew as they watch the monsters quickly crawl away to a ship that appears out of the darkness. The Orville returns to Union space and decides not to enter the expanse again, closing out the episode. 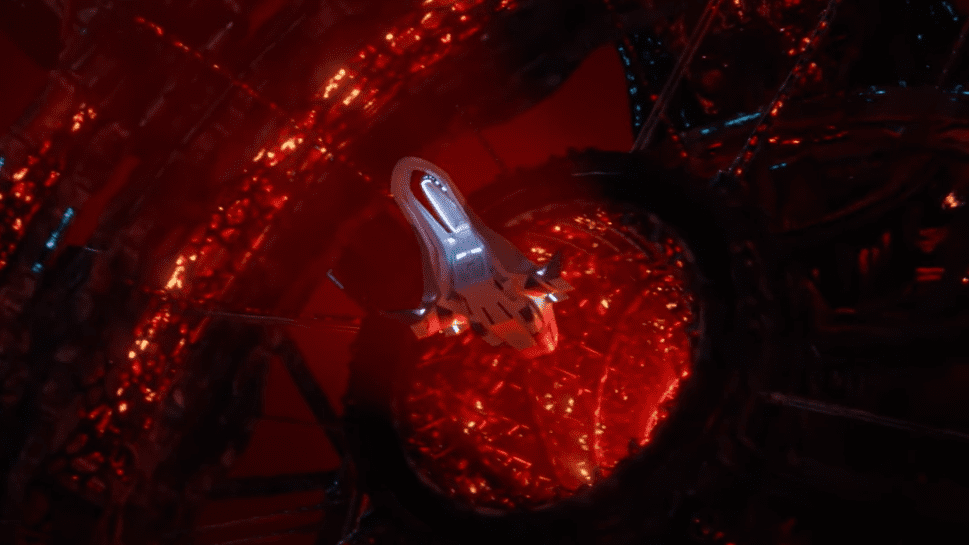 This episode is very well done – not quite as tight from a character perspective as the previous one, but the concept and the alien horror aspect are the priorities, and in that sense, the episode excels. “Shadow Realms” feels like a true horror film in the style of Alien or Predator, if not rated R. This episode does not just rely on cliché jump scares, which would typically be the staple of a horror episode in a series like this. Instead, it takes genuine effort to make it as frightening as possible while thoroughly developing the concept at the center of the story.

The Doctor Who-like “I must give them a chance” scene is a particularly powerful moment, especially considering the history that Doctor Finn and the Admiral shared. At the end of the day, these monsters were once the crew of the Orville and friends of the survivors. “Shadow Realms” never truly says how many crew members are transformed in this encounter, as the majority of the episode is spent following the main bridge crew, but it could be devastating to the ship’s manning numbers. Even though all their lives are held in the balance, common human decency and compassion woo the day in these morally upstanding people. They have to give these new creatures a chance to live, partially because they were once their friends but also because they have a right to live despite everything they have done.

One of the best encounters in “Shadow Realms” is between Isaac and one of the monsters. This creature, who comes from a society with purely organic technology, has never encountered a cybernetic being like Isaac and is rightfully confused by him. However, this monster does not merely attack Isaac or ignore him. There is a level of curiosity and intelligence that leads this creature to investigate Isaac, inspecting him and trying to understand him. Isaac, who is unafraid, merely stands there and lets the creature expend his curiosity. This intelligence and curiosity foreshadow the Admiral’s own intelligence, which is revealed at the end of the episode and allows him to finally speak to Doctor Finn again. 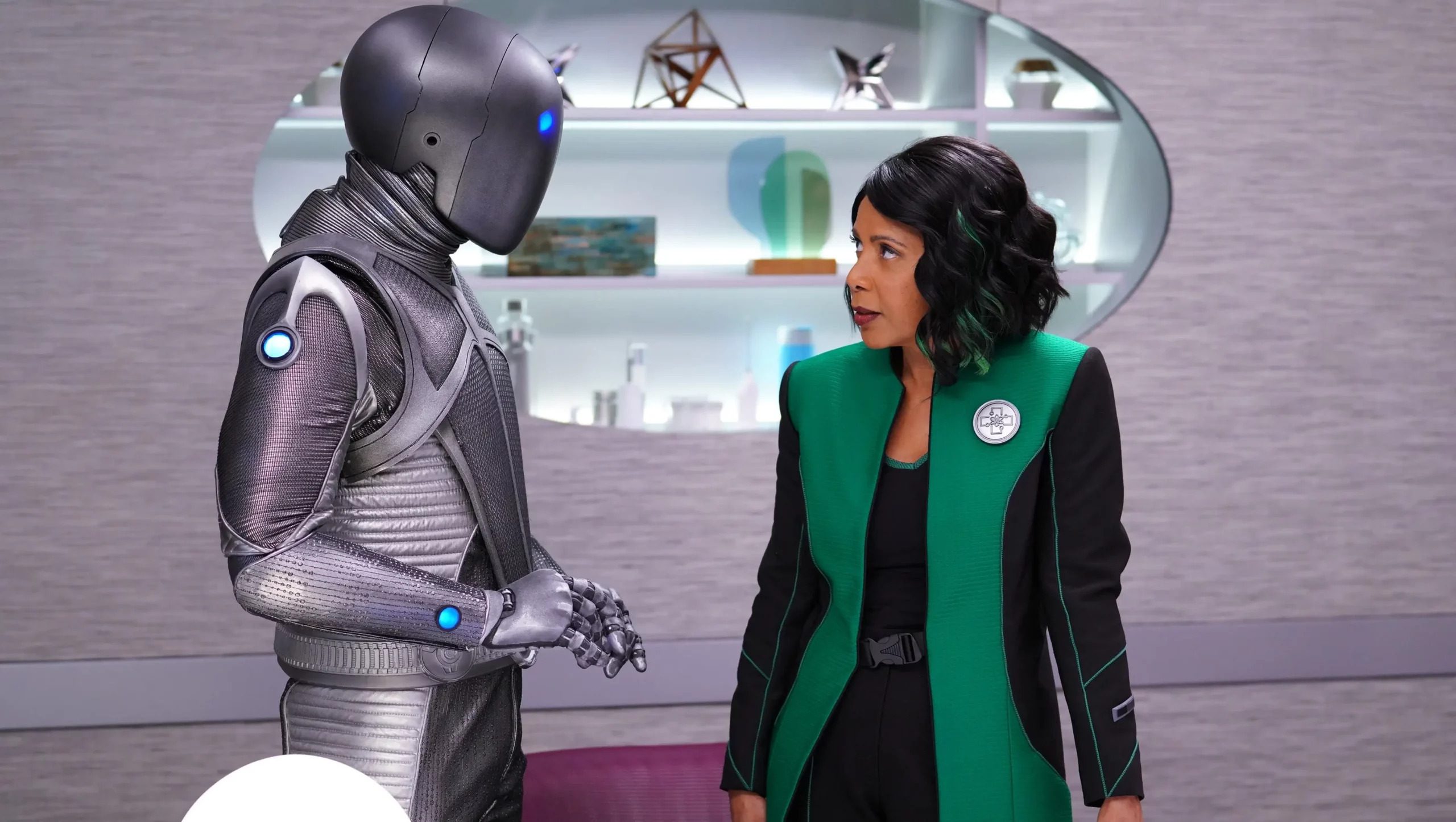 Claire and Isaac were once the power couple of the series but were driven apart by the Kaylon war and Isaac’s initial betrayal. However, the final moments of the episode hint that a reunification of the two may be at hand. Isaac’s encounter with the Admiral at the beginning of “Shadow Realms,” where he asks if the Admiral “felt like he was better off with Claire,” signals that, in his own way, Isaac still deeply cares for her. Then, at the end of the episode, he returns to her to ask about her wellbeing. An android who struggles with human emotion goes to more effort to be concerned about Claire’s feelings than anyone else on the ship. Isaac may seem like a heartless machine, but he often depicts more humanity than anyone else aboard the Orville. Their relationship and shared arcs have been brilliantly written in the past, and this scene sets up a continuation of those. Excitement surrounds them as the audience must wait and see how that evolution between the two of them continues into the future of the series.

This is an incredible episode of The Orville and a phenomenal episode of sci-fi television. “Shadow Realms” introduces a new style to the series to keep it from getting stale. The horror aspect is executed incredibly well, considering it’s a sharp genre change from the majority of the series. The character work and the general writing are not quite as tight as the previous one. However, the horror and the plot take precedence. Hence, it excels at what it prioritizes, making it roughly equal to the first.

This is an incredible episode of The Orville and a phenomenal episode of sci-fi television. “Shadow Realms” introduces a new style to the series to keep it from getting stale.