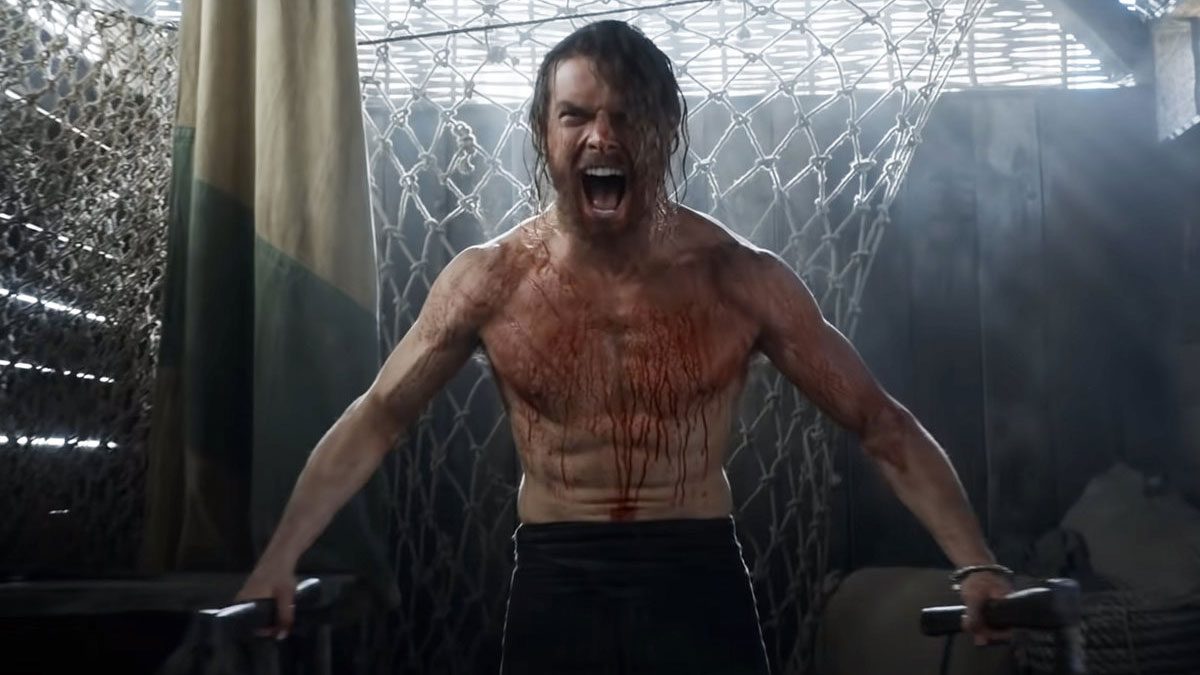 Netflix’s Vikings: Valhalla, the sequel to the History Channel’s Vikings, was released this weekend. Despite some rampant issues and wokism, many fans of the franchise did enjoy this new show.

Vikings: Valhalla is very much a Netflix show, with race and gender swaps along with “subverting” gender roles being a priority. Irregardless of this, the show does still focus primarily on the historical leads of the era, leaving them as strong, masculine white men. Leif Erikson and Harold Sigurdsson are definitely standouts from this category, both actors delivering compelling performances and maintaining intimate chemistry with their co-stars.

Still in the vein of the original show, Vikings: Valhalla offers the audience conflicted heroes doing the best they can in a dark era, often making heinous choices, leaving none of them truly heroes. However, this is still a Netflix show, so the “diverse” characters are the exception to this norm. These diverse characters, unfortunately, never make any mistakes and are very much Mary Sues. Luckily, the woke characters have very small roles, allowing the audience to soon forget about these empty vessels and enjoy the better-written ones that are allowed to make mistakes.

Vikings: Valhalla follows the early days of Leif Erikson before his legendary journey to the far West. After his sister’s brutal rape and mutilation, Leif swears to sail from Greenland to Norway to hunt his sister’s abuser and bring justice down upon him. When he and his crew arrive in Norway, they discover that the Viking settlers in England had recently been slaughtered, and Norway is uniting to wage a war of revenge against England. Ignoring this conflict, Leif had his sister take their revenge, but are forced to take part in this war or be executed for their crimes.

Months later, the war is won, and the Kings of Norway once again turn on each other, the Christian Vikings sworn to convert or kill all the pagan Vikings. Leif chooses to join with his new friends in defense of the pagan city of Kattegat against the invading Christians. At a great cost, the battle is won, and Kattegat is saved, but not before Leif loses the last member of his crew, unleashing a berserker rage within him before cutting to black.

Vikings: Valhalla is good but nowhere near as good as its predecessor. All the customary Netflix inclusions are the show’s weakest links. The violence is still brutal and visceral, and the deaths intense, as is expected of this franchise. Besides that, none of the original’s complexity or political intrigue carries over. The show thinks it is as intelligent as the original, but it fails to reach that high bar. This shortcoming applies to Vikings: Valhalla in every other category as well; nothing this season offers compares to the original Vikings.

Even the ideological battle between pagans and Christians that defined the original is simplified here and removed of all complexity, painting the Christians as near wholly evil and the pagans nearly wholly good. Taking away the heart of one of the franchise’s central conflicts decreases the attraction of the overall IP, harming more than it helps. 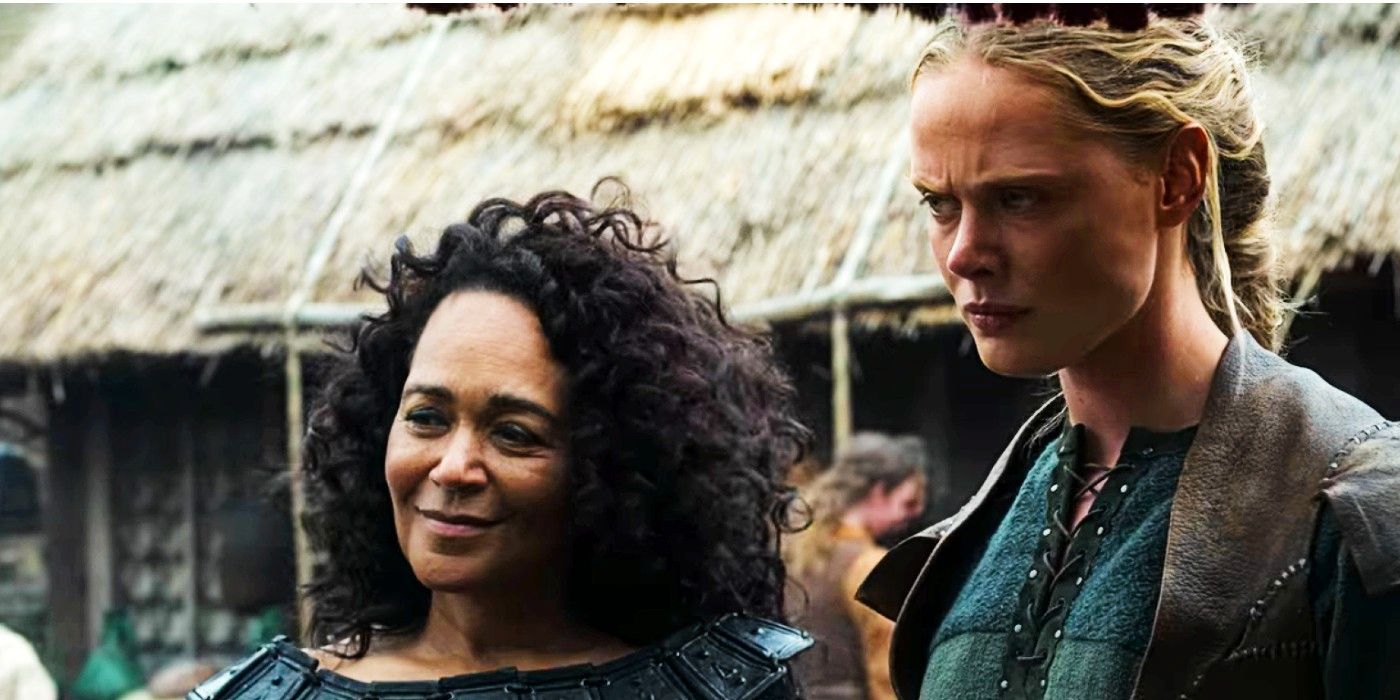 As mentioned earlier, there is a fair amount of wokeness in this series, which often distracts from the best parts of the show. The majority of it is relegated to two characters: Leif’s sister Freydis and the race/gender-swapped Jarl Estrid Haakon. The wokeness is small but can be immersion-destroying for some.

Freydis starts strong but ends very poorly. Halfway through the season, she joins a squad of shieldmaidens, a group of elite female warriors. She has no training, and within a week or so, she’s skilled enough to take on the entire squad on her own. A week later, she annihilates a legendary Viking Lord that everyone was afraid of. Additionally, her boyfriend, an otherwise strong man, debases himself whenever they are together, constantly telling her how amazing she is. These are all classic signs of Mary Sueism that make it difficult to connect with her. Despite that, her arc prior to joining the shieldmaidens is a good one, but is a pity an initially good character was ruined with wokism.

Jarl Estrid Haakon was driven by identity politics from her very inception. The character was race and gender-swapped despite that being out of place in 11th century Norway and despite her character being based on a real-life straight white man. Similar to Freydis, she was not allowed to make mistakes or be weak. She is all things perfect, kind, just, wise, strong, skilled, and pious. Additionally, she has an entire squad of very diverse shieldmaiden, making the main force of heroes diverse for no reason and in spite of logic. All this makes it impossible to like or connect with her at even the most basic level. Her role is small, so her inclusion doesn’t change or affect much, but she is extremely distracting whenever she is included.

As the only good Christian, a lot rests on Harold to continue the complexity of the paganism vs. Christianity argument. The writers failed him in that sense, but otherwise, he’s a good character. Whenever Harold is away from his girlfriend, Freydis, he’s allowed to be strong and complicated. But whenever they’re together, he becomes a whiny, subservient wimp, constantly telling her how amazing she is. Beyond that, his chemistry with Leif Erikson’s actor is incredible, even just in their few scenes. Their mutual respect makes the audience understand their conflict and their friendship. 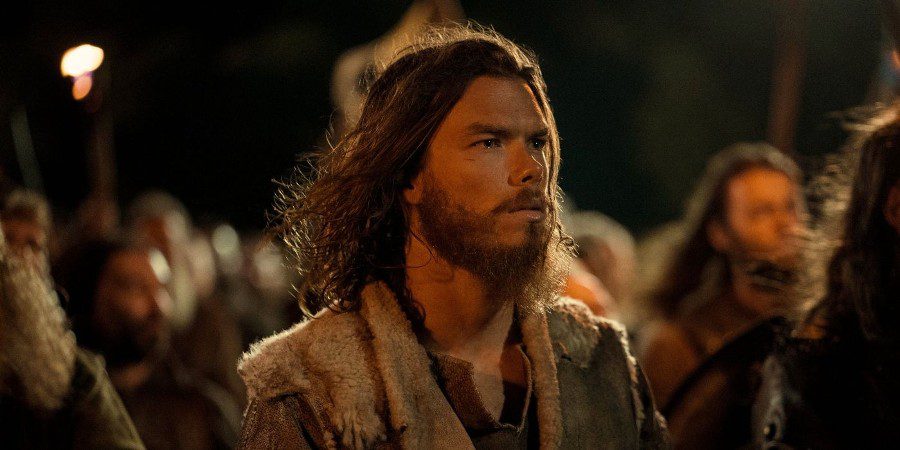 Leif Erikson is an interesting character written decently; however, the actor gives a mostly one-note performance. His acting and character are enjoyable, but a little lackluster. There isn’t much of an arc for Erikson, and not much changes within him. Despite this, the thing that makes him more interesting than his co-stars is that his motivations are clear and relatable. The show does set up a potential arc for him in season 2, and that is the only thing worth looking forward to next season.

Vikings: Valhalla is nowhere near as good as the original Vikings, but there is enough good in it to make it worth a watch for anyone interested.

Vikings: Valhalla was nowhere near as good as the original Vikings, but there is enough good in it to make it worth a watch for anyone interested.

Seriously Black women and orientals in the Late 900’s and early 1,000’s Europe? As leaders NO WAY. I did appreciate at least that they gave backstory of how she got there instead of just except it unquestioning. But there was no reason for it other than tic-the-box

I really did not see any Mary-sue problems with it, these were all mature Women that already had fighting abilities, including more training in the show. Even getting injured and killed along the way. They were in no way Mary-sue’s, you are looking to hard to put that on the show. Only Freydis survived and that was clearly from the training she received through the Shield Maidens.

This felt more like a sequel to “The Last Kingdom” more than “Vikings”. I would certainly rewatch it and also look forward to a season 2. The Queen of England is where they really need to focus, her Character is well developed and very cunning.

I know -why- but WHY do this again and again in historical based shows? Anyone with a smattering of sense and basic knowledge of history gets yanked out.