“What does it matter if a system is meritocratic if it’s still unfair?” 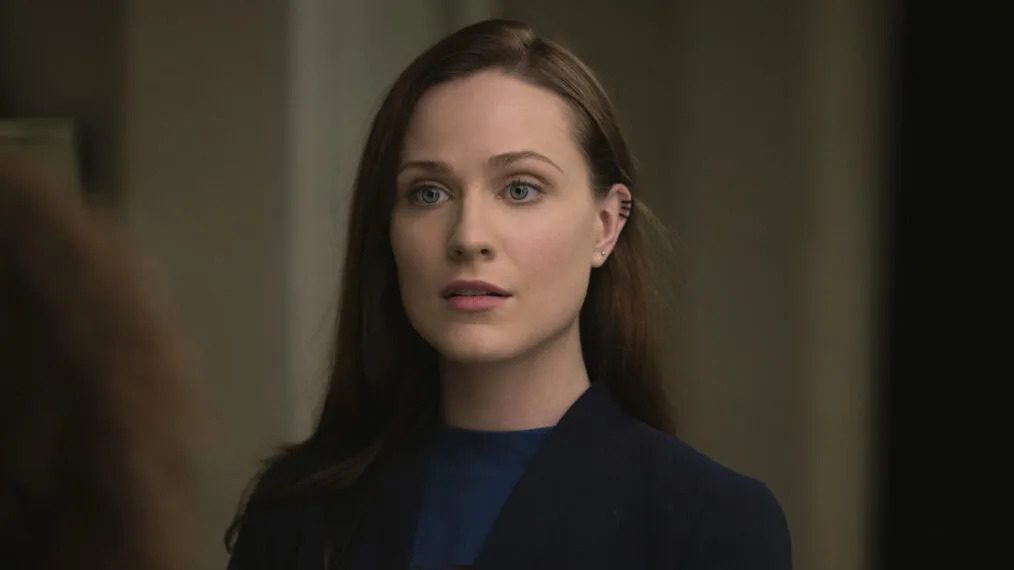 “Zhuangzi” finds William having dinner with a pair of hosts. Clementine tells him a guest has gone too far, and he finds a house full of host corpses. Cristina bashfully discusses her wonderful date with Maya, who is still having nightmares. At work, Cristina writes a story resembling Deolores’ life in Westworld. Teddy calls her and asks to meet. Meanwhile, Charlotte wreaks havoc on enslaved humans. In a conversation with William, she reveals her grand plan: she wants to free hosts of their “human nature” by doing away with their bodies altogether. Charlotte sends William into the city to take out a human who isn’t following her programming. Teddy tells Cristina the world is a lie and shows her she possesses the ability to write peoples’ stories. The controlled humans and the rebels fight as the former notice the lack of obeisance to Charlotte. William confronts the outlier, but the rebels ultimately get her out safely. A worried Cristina leaves Teddy to meet her college roommate for lunch. Her old buddy turns out to be Charlotte. Their meeting is awkward, as Cristina withholds information and Charlotte presses ever onward. Cristina returns to work and is questioned by her boss, who warns her that Charlotte will end her if she’s a problem. Realizing the extent of her powers, Cristina sends him home after asking him about the system in place. Host William goes to the real William for a chat.

This is probably intentional on the part of the creators to make a point, but I can’t tell who’s a host and who’s a human anymore. I don’t mean established characters like Cristina and Teddy; clearly, they’re hosts. But whenever a new group is introduced, such as the couple William chats with and the dancers Charlotte terrorizes, I’m not sure what they’re supposed to be. This isn’t a huge deal, but I don’t like it because keeping track of what’s happening becomes hard. I think the woman William had killed for destroying his playground was a host and that the people she killed were humans. But I’m not sure. It’s also weird how the hosts, William and Charlotte, talk about how horrible the humans were while doing the exact same things they did. I see the irony here, but, strangely, two highly intelligent hosts don’t. For that matter, if they hate humans so much that they have no qualms stooping to their level, why do they care that this woman killed a bunch of them?

Speaking of the dancing scene, I didn’t like it much. We’ve already seen Charlotte toy with and torture the humans; why keep drilling in the same message? She’s a bad person who revels in the misery of her former enemies. Perhaps scenes like this, redundant though they may be, would work better if Tessa Thompson had some charisma. She is neither intimidating nor impressive in the slightest as Charlotte. And this isn’t because Thompson is portraying a host; the real, human Charlotte was just as wooden. I’ll never understand how this actress gets so much work because she’s not particularly talented, and while she’s not ugly, she also isn’t stunningly beautiful. I will say that they could do her a favor by giving her bangs or fringe instead of pulling all of her hair back, but I digress. I don’t know why they made her the main villain instead of William or his host. Even though the host “will never be (William),” he’s still scarier and brings more presence to the screen than Hale. 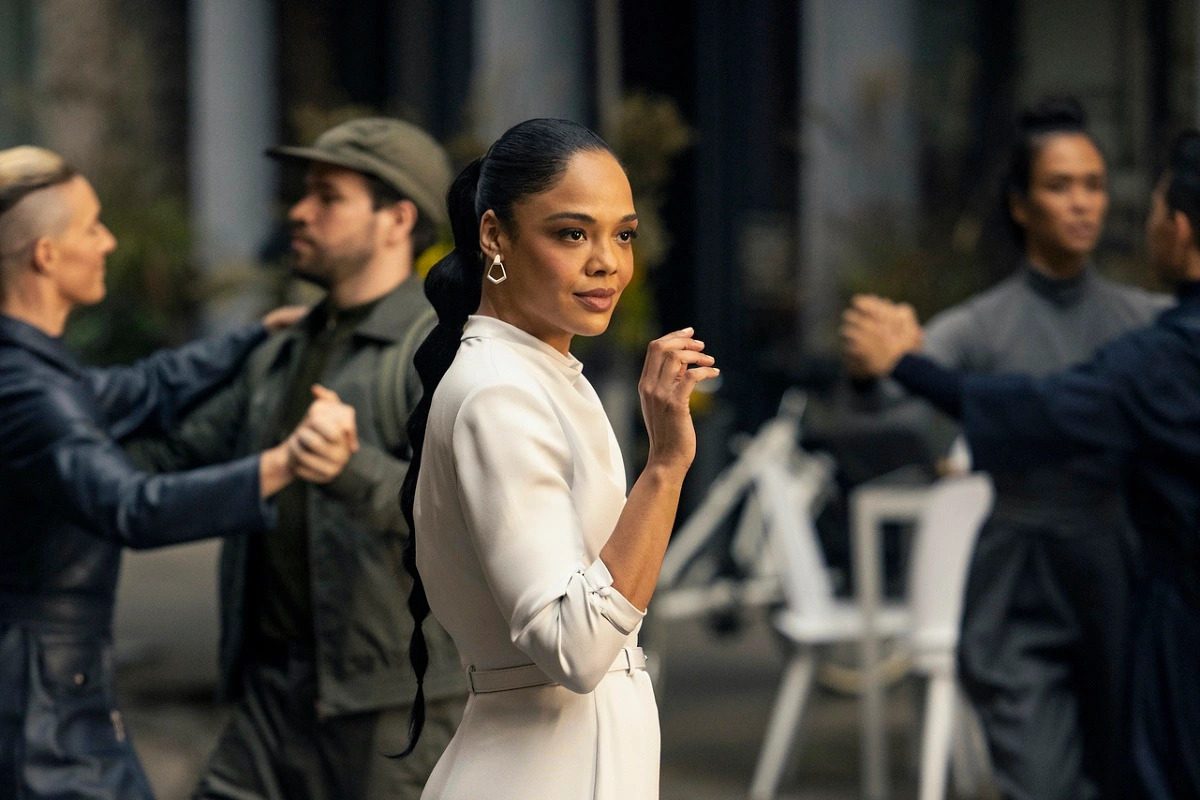 Hale’s big plan is for the hosts to “transcend,” leaving their hollow bodies behind. I assume their minds would then be uploaded to the Sublime; this still isn’t clear. What would become of the humans? Why is Charlotte so upset that some of the hosts evidently don’t want to do this? She says that, unlike the humans before her, she won’t force them to take the path she wants. But the aforementioned guest is terminated for her inability or unwillingness to assimilate, and Charlotte is adamant about convincing the other hosts. If she really wanted what was best for them, she’d let them choose without interference or fear of reprisal. We also learn that the rebels Bernard and Ashley have joined are the world’s last free humans. The writers clearly expect Frankie/C to be the connective tissue that gets the audience to care about the rebels, but I don’t. I don’t know anything about these people, and since this version of Frankie is 25 years older and much different, I don’t even know her. The writers of Westworld are too focused on shocking the audience with time jumps and character reveals when, at the end of the day, none of that matters if we don’t connect with the characters and feel for them. Right now, the only characters I care about are Cristina, Teddy, Maeve, and the real William. We don’t know Maeve’s fate, they replaced Caleb with a host, and we don’t see either of them in “Zhuangzi.” 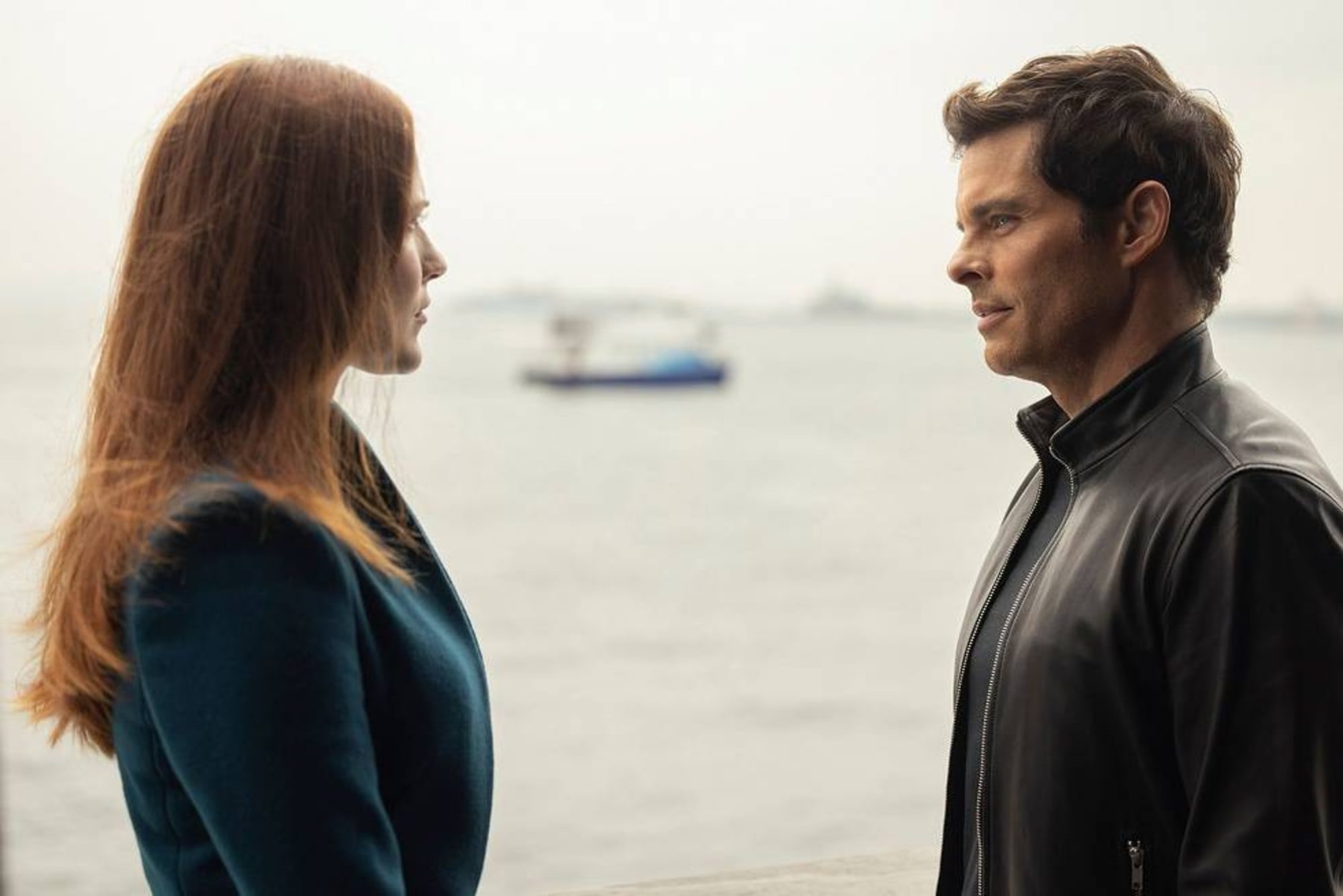 The Cristina/Dolores parallels continue, as we see Cristina wake up just as Dolores used to. I question her boldness in searching for Charlotte and Hale on her work computer; I can only imagine this will leave digital footprints that Charlotte can eventually track. The whole thing with Charlotte and Cristina being gods is a bit much for me; they essentially have all of the powers Maeve has but stronger. I can understand this with Charlotte; she’s the antagonist and literally made this world how she wanted it. But isn’t it dumb to give Cristina this kind of power, knowing that if she finds out what’s going on, she will likely turn on you? Why have Cristina construct the stories within the city? Does she have Dolores’ mind or some fragment of her inside her? I’m inclined to say no; their personalities aren’t similar enough. Cristina had to be “woken up” by Teddy, unlike Dolores, who slowly gained self-awareness through experience. Why does Charlotte, or Cristina’s boss, want her to write unhappy stories? Wouldn’t it be easier to maintain control by keeping people happy enough to be complacent? 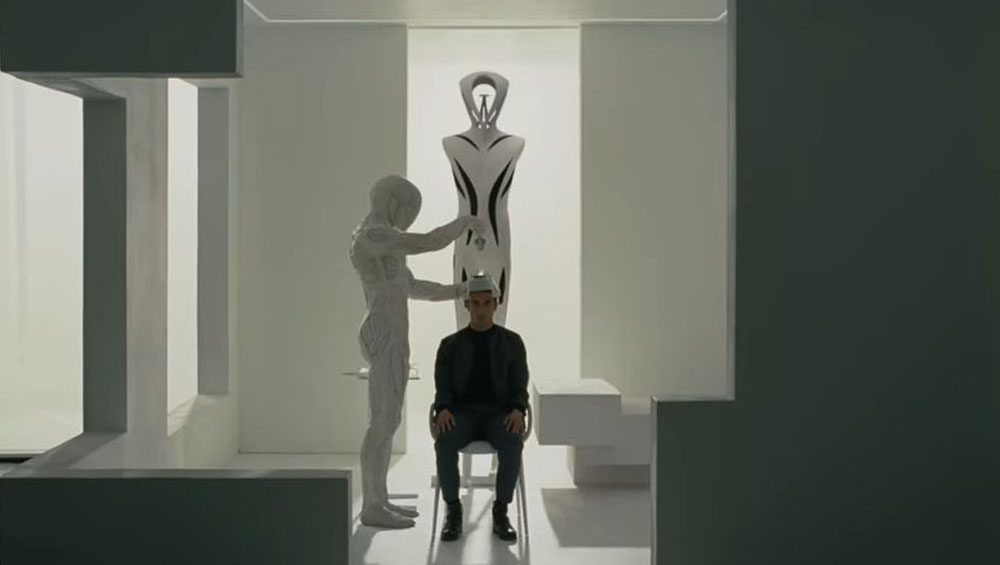 Furthermore, Teddy tells Cristina that she has done this to herself, trapped herself in this loop. But how is that the case when Charlotte has made all the big decisions here? Cristina didn’t even know what she was until now. There’s also a running thread of people not being who they thought they were, like the couple being under William’s control and Cristina being part of this wide-ranging conspiracy. The difference is that Cristina now possesses the ability and the knowledge to do something about it. I also wonder if the hosts can really be corrupted by human contact or if this increases their self-awareness. It’s difficult to believe Charlotte, and I think she’s hiding something from William.

I can see why this episode is called “Zhuangzi,” named after an ancient Chinese philosopher. I say that because it has a lot on its mind, but in the end, I feel lost. Season 4 had a good thing going for a few episodes, focusing on its characters and reviving beloved aspects of the earlier seasons. But halfway through the season, I find myself lost amid plot twists and timeline trickery. The season isn’t a total loss yet; I’m genuinely interested in seeing where they take Cristina and Teddy. The scene with the two Williams is intriguing, at least. But it’s not looking good.

I can see why this episode is called "Zhuangzi," named after an ancient Chinese philosopher. I say that because it has a lot on its mind, but in the end, I feel lost.