Home  /  Entertainment  /  Video Games  /  Should God of War Ragnarök Have a Sequel?

Should God of War Ragnarök Have a Sequel? 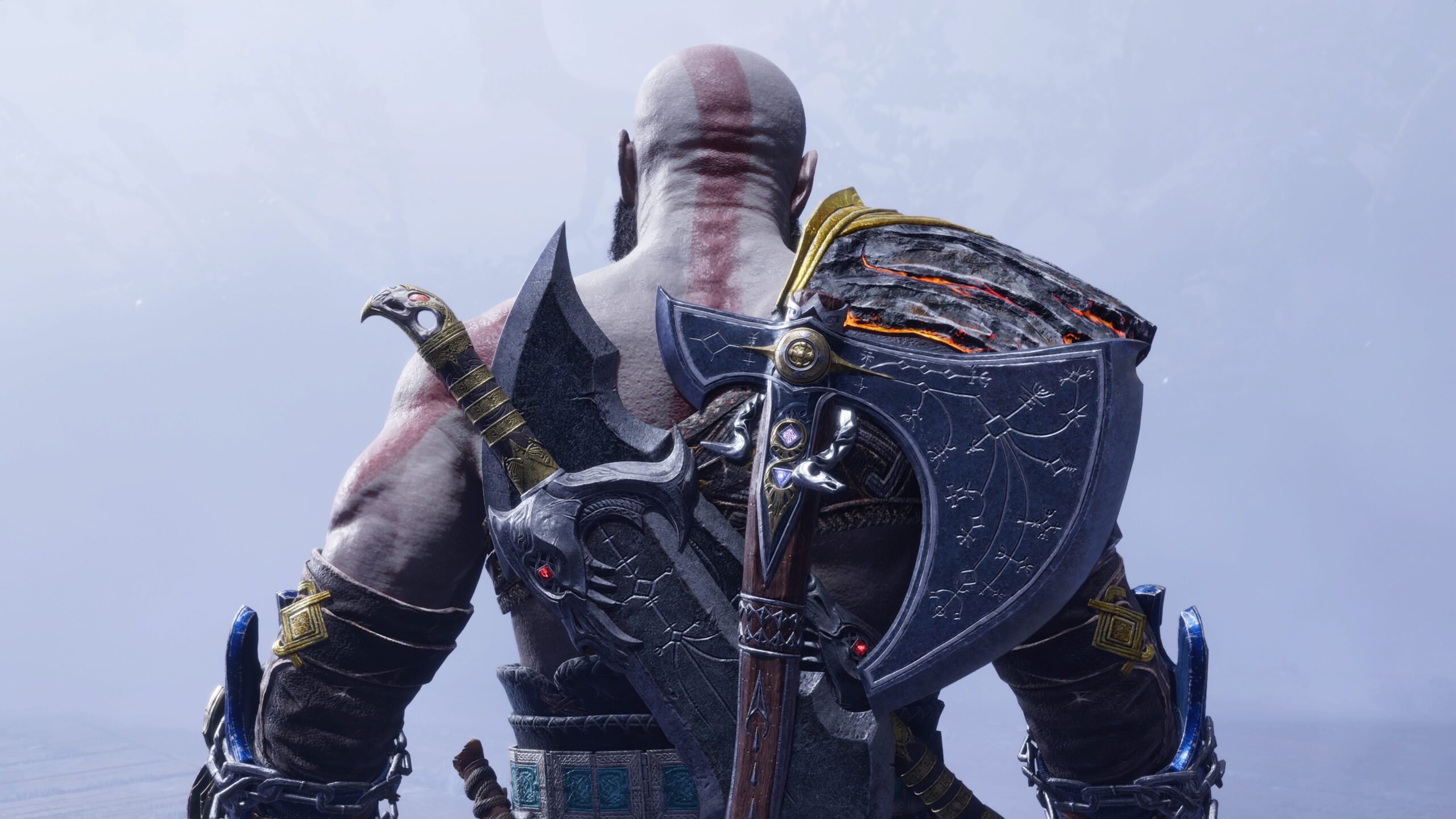 I just finished playing God of War Ragnarök after receiving it as a Christmas present (well, finished the story; I still have tons of side quests and extra material to tackle). I liked it very much, as I do all the games in this series; they’re among the most fun video games I’ve ever played, and the transition into this new stage of Kratos’ story – from Greek Mythology to Norse Mythology, and from a ruthless warrior obsessed with vengeance to a father trying to become a better man – worked surprisingly well. But what’s next? Another game is next, of course, considering how popular and cash-generating Ragnarök is. But should there be another game, or should God of War Ragnarök be the last word on Kratos’ journey?

I tend to think this should be it. God of War Ragnarök feels like the end, like anything that comes after it would be either a disappointing continuation of its themes or a refutation of them – unless they do something drastic. To explain what I mean, I’ll have to spoil the ending of the game, so don’t read further if you haven’t finished it.

God of War Ragnarök is the second half of Kratos’ journey through the Norse Pantheon with his son Atreus at his side. At the end of the previous game, they learned that Atreus is actually Loki and is destined to be an important figure in Ragnarök, the Norse God apocalypse. Throughout the new game, Atreus wrestles with his destiny, just as Kratos wrestles with his inclination for bloody vengeance when he wants to lead his son towards the light. The finale finds Kratos, Atreus, and their allies triggering Ragnarök but deciding not to give in to revenge, choosing life over death. Kratos refuses to kill Thor in their big rematch, and once they’ve beaten Odin, Kratos, Atreus, and Freya decide not to finish him off (though Sindri the dwarf is less forgiving).

This feels like a culmination, the endpoint of Kratos’ evolution. In God of War III, when he finally beat Zeus, Kratos wailed on him, pounding his fists into Zeus’ face until the screen was awash with blood, and the player got tired of hitting the X button. It was a great commentary on the insatiable nature of vengeance while still being a satisfying beatdown of an evil villain. When he’s in the same situation with Odin in God of War Ragnarök, Kratos takes the opposite approach, forgoing the satisfaction of revenge and having that mercy influence his son and friend. Kratos has changed, the vessel of unholy fury transforming into a wise and loving father who would rather leave something good in the world than simply take away something evil. 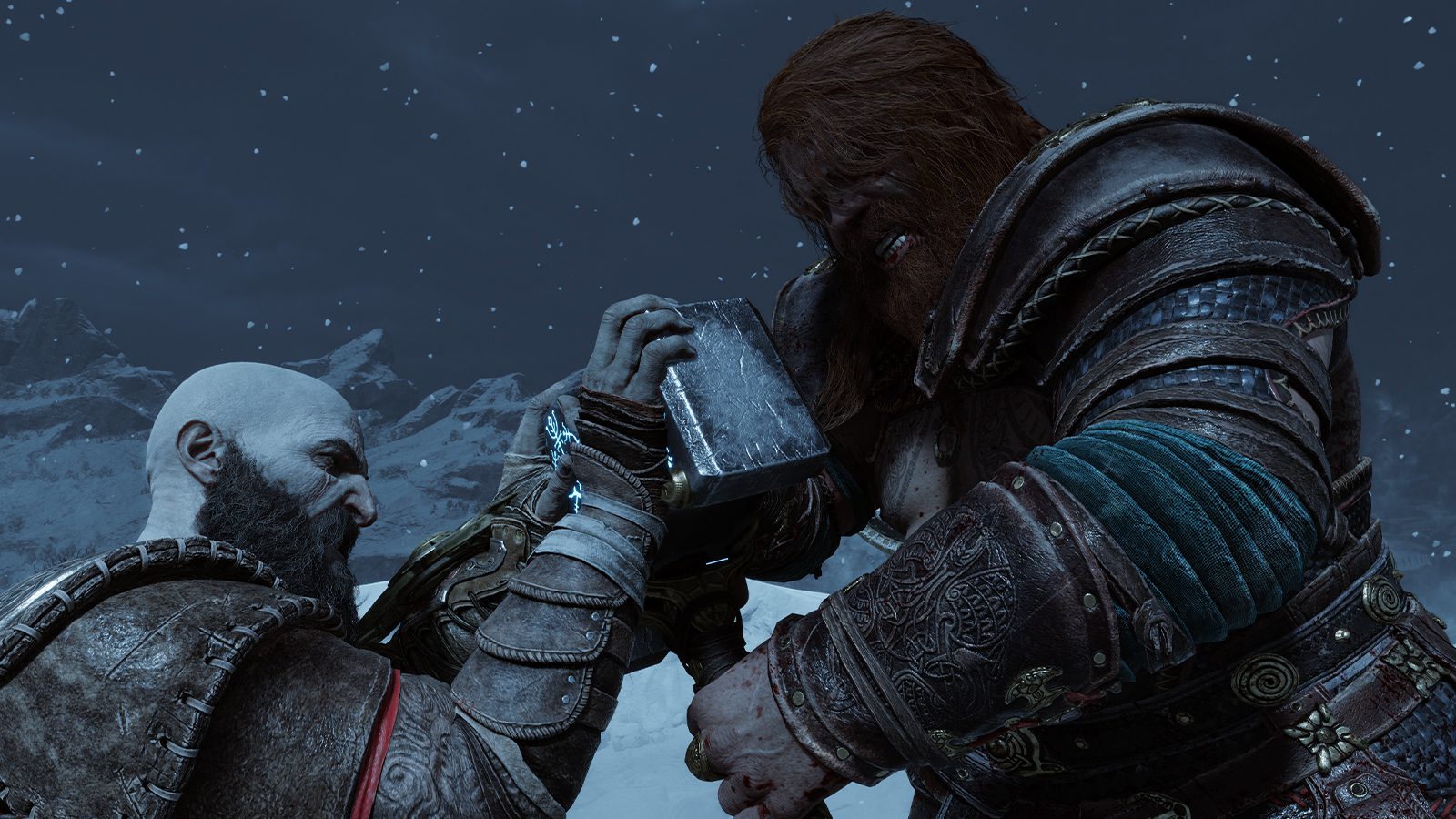 But where do you go from there? Kratos is done evolving; he can’t change any more. Another game will just mean more of the same, and frankly, that doesn’t sound like much fun. As much as I liked God of War Ragnarök, I miss the over-the-top violence and unrepentant death-dealing from the first three games. It was satisfying to have a long, arduous boss battle and see it end with Kratos brutally murdering the god or monster who just gave you all that trouble. (And they went to great lengths to assure us that these were cruel gods that killed people like it was nothing, so they deserved whatever Kratos did to them.)

Having Kratos reverse that trend works in God of War Ragnarök because the story is told so well, but only as the last act of his saga. What would another God of War game look like after this? Kratos fights the Egyptian Pantheon, but instead of eviscerating Anubis with his own jawbone, he teaches him the value of friendship? They can’t sustain the series that way. It will feel too much like it’s lost its edge, lost what made it so much fun in the first place. It’s fair to argue that it already has, and were the story not as strong as it is, I think a lot of people would feel that way. Kratos cannot really evolve any more than he has at the end of God of War Ragnarök, and more of peacenik Kratos would be unsatisfying. 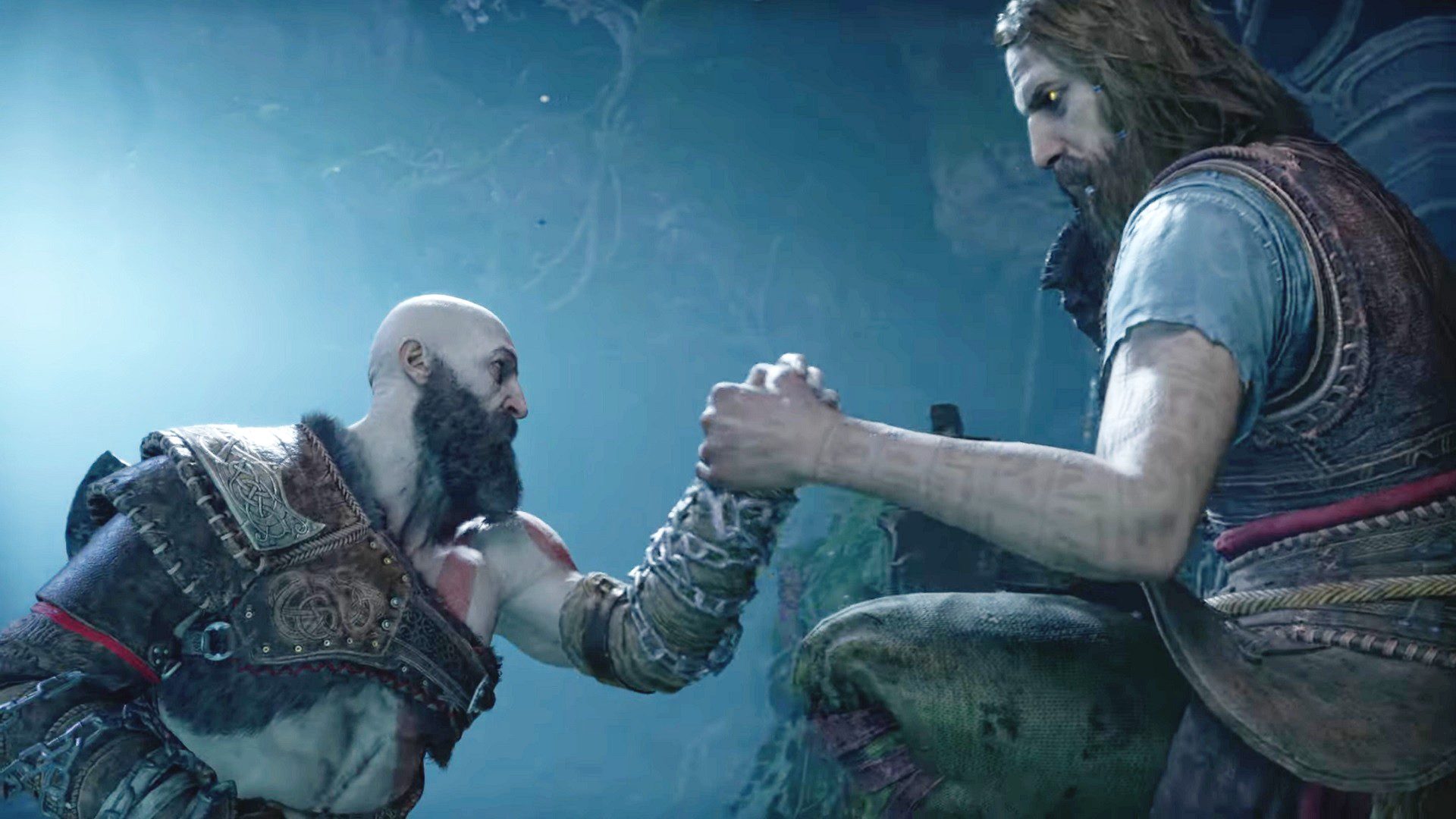 But we all know God of War Ragnarök will not be the end. These games are way too popular for them to end anytime soon. So, how can they continue the story while keeping Kratos’ story fun? One was is to devolve Kratos. This is risky – so much care went into his development into the wiser, calmer, more responsible man he is now. Something big would have to happen, and the only thing I can think of is killing off Atreus. Kratos’ son drove him to become a better man; his wife did too, but she’s gone, and his responsibility to Atreus is the key that got him to change. If Atreus dies, would the last of Kratos’ humanity go with him? Would he once again become the killer of gods, hunting down every last deity who had a hand in the boy’s death and making them pay as painfully as he possibly could? I think that’s the best bet if they want to go in that direction.

Another option – and one I don’t like, but after God of War Ragnarök, it’s on the table – is centering the next game on Atreus instead of Kratos. In several sections of Ragnarök, you play as Atreus, and he’s got a totally different feel than his father does. Atreus is lither and quicker, using his sleek bow and arrow instead of Kratos’ heavy axe or brutal blades. A game with Atreus as the sole playable character would be much different in terms of gameplay, and his levels in Ragnarök could serve as a way to ease players into that. He’s also got his own story ready to go; God of War Ragnarök ends with Atreus and Angrboda heading off to collect the souls of the other giants, as well as to learn more about his role as Loki, which is something this game and its predecessor touched on a bit (in some really clever ways) but didn’t fully explore. 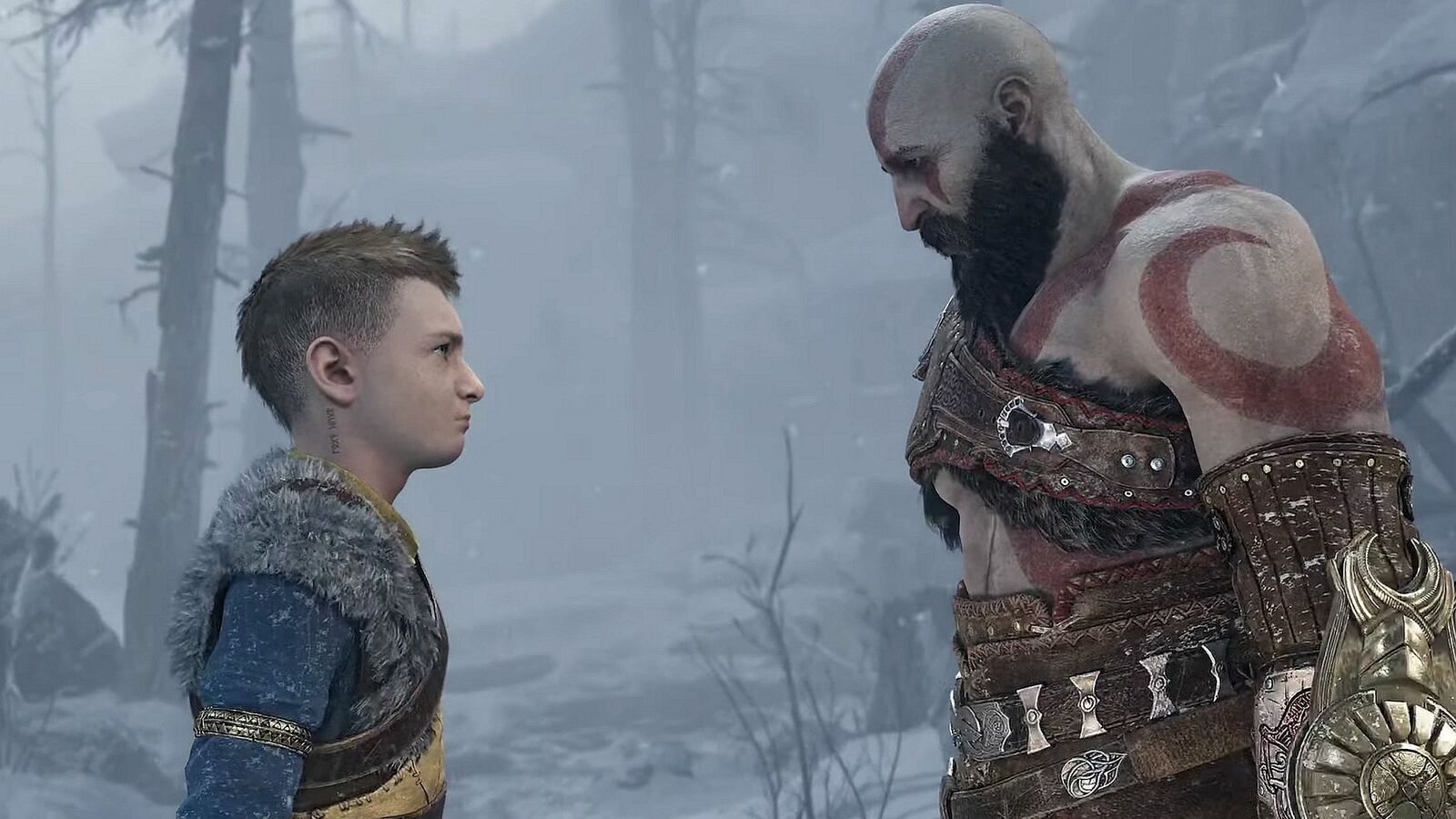 Or, they could combine both approaches. They could follow up God of War Ragnarök with an Atreus game, at the end of which Atreus is corrupted, becoming Loki, the trickster god who wants chaos, destruction, and power. Then, the next game would force Kratos to battle his son, who had become the very thing Kratos hates most: a violent, manipulative, indifferent god. That game could follow Kratos’ struggle with how to deal with his son, his desperation to bring him back to the light ultimately leading to his acceptance that he has to kill him. (Or does he? With the proper writing, it could go in either direction and be a great game/story.) If Kratos does have to kill him, that would sufficiently return him to his old self; if he isn’t allowed to show his son mercy, he’d never show any to someone else, especially a god.

God of War’s return is inevitable. But until it does, fans are bound to speculate about what will happen, whether the gameplay and story will evolve once again, and what kind of Kratos we’ll see. Let us know your thought in the comments!

Meh — God of War Ragnarok was a mess of a game that survived on the foundation created by its predecessor. The story was a bloated mess with meaningless asides & a 1000 words when 20 would have done nicely. It did nothing that left me in awe like the first game…..in fact, i was left cringing many times.
Skipping stones? Picking fruit? Playing beta to Thors annoying fat daughter?
Of course there were moments of combat that i enjoyed. It was just more of the first game, in that sense, but i can only imagine how ANOTHER sequel directed by a jerkoff like Eric Williams, will dilute the magic of the first game even further —
Im fine with the series ending before it becomes a fully woke disaster — which it will if it continues. Sony is all about the woke cult….they just hide it a tiny bit better than XBox.