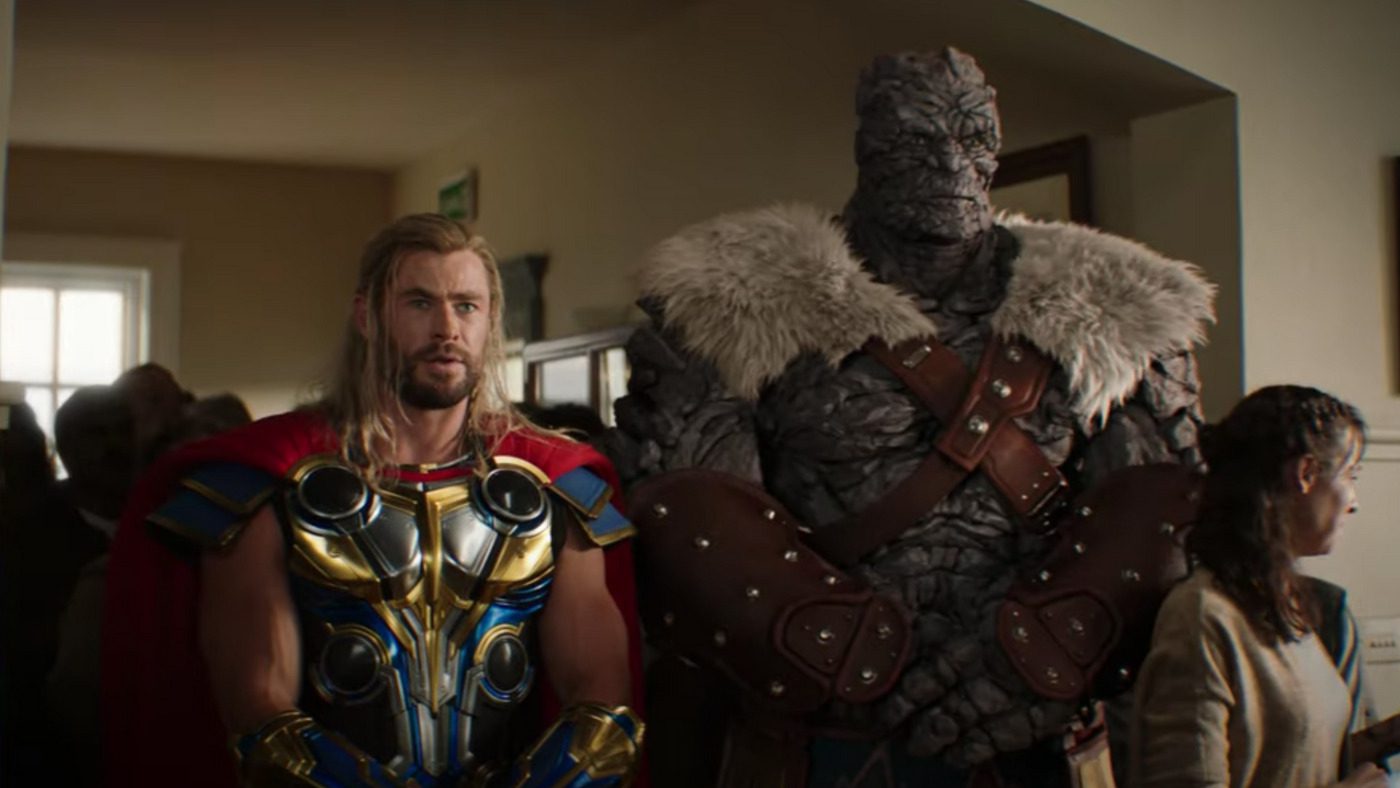 If I already didn’t like Taika Waititi, I really can’t stand him now. The director of Thor: Love and Thunder made a video with Valkyrie actress Tessa Thompson for Vanity Fair in which they give a sort of running commentary on a scene from the new film. Part of the video – which I’m sure they thought was delightfully amusing – has them insulting the visual effects and, by extension, the effects artists who worked on the movie they’re ostensibly trying to promote. If you don’t want to sit through the whole insufferable video, you can check out the clip below, courtesy of More Butter’s Twitter account:

Taika Waititi and Tessa Thompson poke fun at #ThorLoveAndThunder’s editing and CGI in this excerpt from a Vanity Fair interview https://t.co/KKTW2UvaRW

First off, there’s no other way to say it; Taika Waititi is an asshole. (Actually, there are a lot of different ways to say it; I decided to be diplomatic and picked “asshole.”) The actual quality of the visual effects – which are hit and miss – is not the issue. This is the movie’s director, the guy who is ultimately responsible for the finished product, calling the film he’s promoting shoddy. Personally, I think his Thor movies speak for themselves in terms of how little he cares about them, but this should remove all doubt. Even worse, though, he’s insulting his effects team’s work in public for a major magazine and laughing at them with one of the film’s stars. Is there anything more smug and elitist than that? And yeah, Tessa Thompson is a jerk too, but again, Waititi is the director; this is like your boss making fun of you in public while trying to sell a product you worked on for months.

What’s worse is that Waititi’s mocking comes amid reports that Marvel treats its effects artists horribly. A couple of Reddit threads are full of stories from people who’ve worked for Marvel, and they talk about being underpaid, having ridiculous schedules that detract from the quality of the work, Marvel ruining effects they’d spent months on by hiring another studio to redo their work, and other less than glamorous recounts. Here are some of the lowlights:

People go through this kind of punishing schedule, are shown disregard and disrespect at every turn, and then have the pleasure of watching the director of the film they’ve agonized over trash their work for Vanity Fair. This is awful, and I’m sure Taika Waititi is still laughing about it.

At least this puts the look of that She-Hulk trailer into perspective.