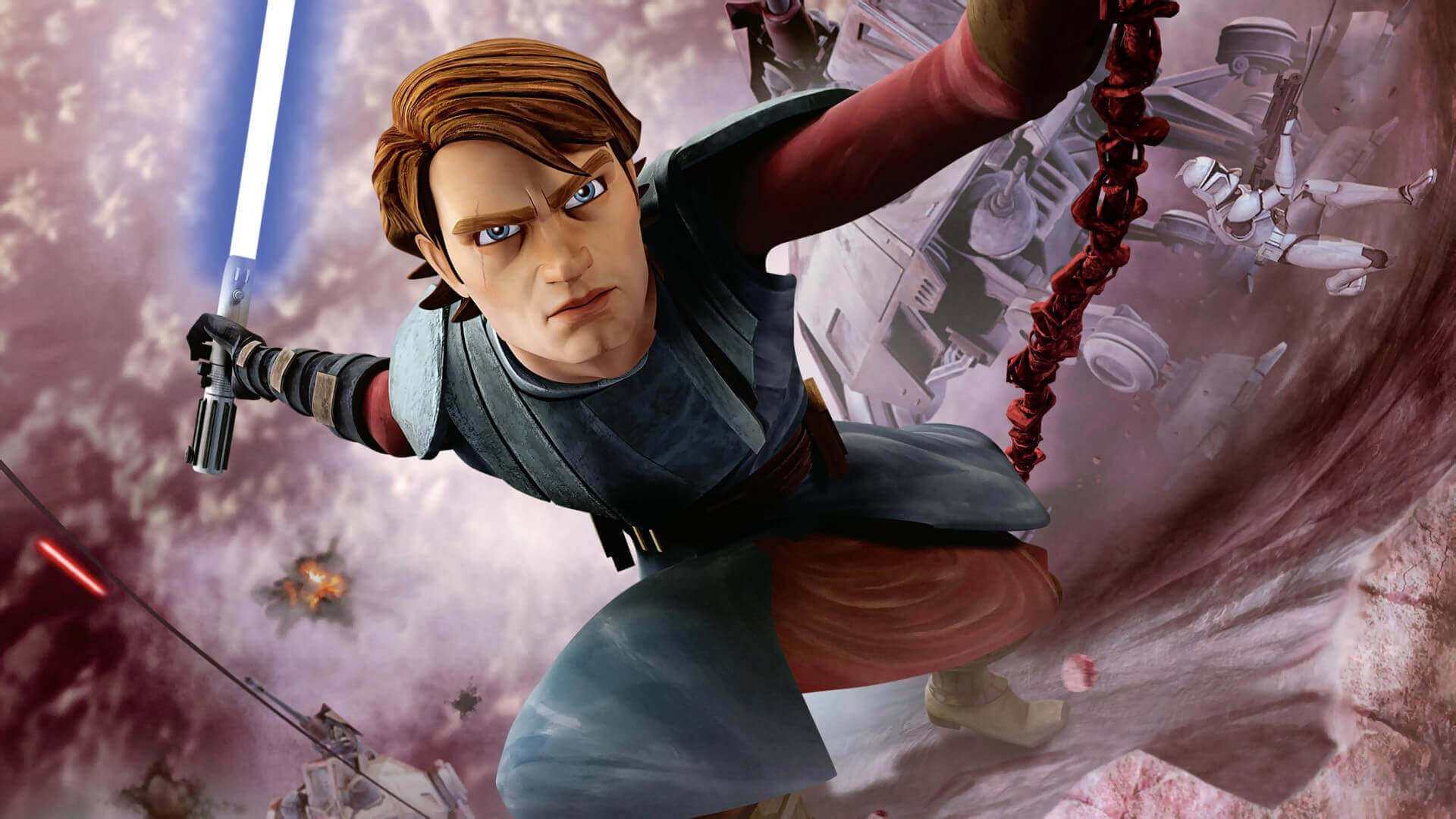 Star Wars: The Clone Wars premiered during a very different time at Lucasfilm. The prequels had finished three years prior, and George Lucas was planning on moving into television. His goals were simple: To create a live-action TV show and 100 episodes of the CGI animated series. Although the live action-series did not materialize under Lucas, the latter continued forward, to the benefit of the Star Wars fandom. Lucas didn’t stop there, however, because he was so enamored with the animation that they ended up making an animated feature film also called Star Wars: The Clone Wars, releasing it through Warner Bros – a first for the Star Wars franchise, which, until that point, had only been released through Fox. Considering its budget, Clone Wars did respectable business. Critics and pundits strongly disliked it, with many critics singling out Anakin‘s new Padawan Ahsoka as one of the worst characters in the movie. What none of them counted on was Dave Filoni.

For the last decade, Filoni has been the invisible hand behind Star Wars animation, learning at the foot of George Lucas himself. Over the course of The Clone Wars, Filoni proved himself the astute Padawan, mixing the mythology we know with all-new material, which was coming directly from Lucas. It was pretty cool to know the next generation of Lucasfilm creatives was involved in the production – a production that, whether they knew it or not, was going to change the perception of the prequels. At first, it appeared to be more of the same. Christopher Lee and Samuel L. Jackson reprising their roles exclusively for the film did little to bolster its acceptance, with many people considering it a glorified cash grab. Having been a huge fan of Genndy Tartakovsky’s 2003 series, I was very excited to see a new take on the still-mythical Clone Wars. Finally, instead of 10-minute segments, we would be getting an ongoing TV series set during the Clone Wars era, and it all started with this film. 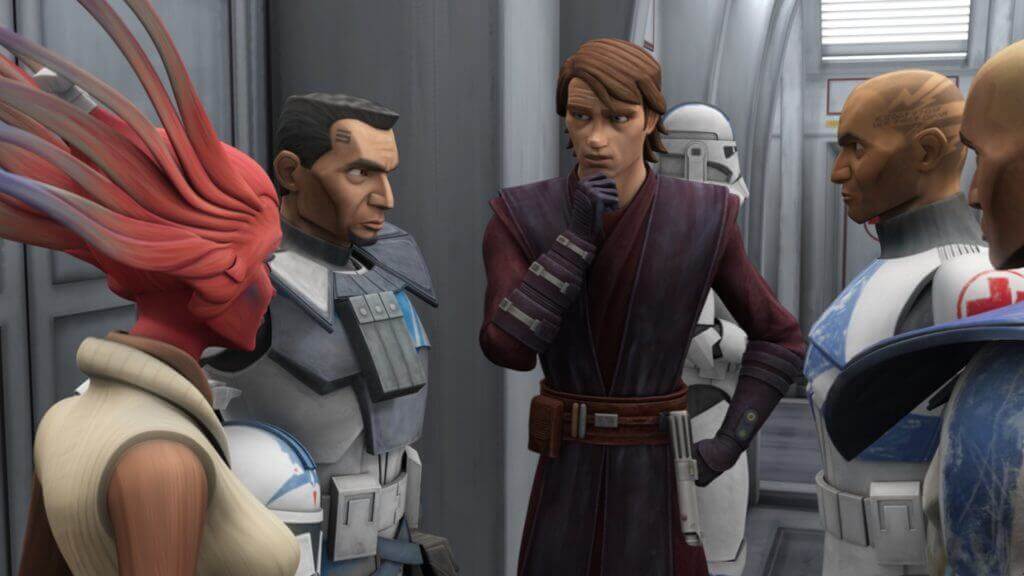 I’ll be honest; watching The Clone Wars, I was just happy to get a new version of Star Wars officially sanctioned by the creator himself. Looking back, I understand why many people didn’t like the initial seasons. Some stories seemed too focused on Ahsoka, whom people felt came off as, well, whiny, and seemed to be indicative of a larger problem: the series appeared to be geared towards children. Granted, this makes sense, given The Clone Wars was airing on a kids channel like Cartoon Network, but when you have fans who’ve been fans since they were kids, it’s understandable why they might be a bit miffed. After all, this was the first new Star Wars production in three years, so there were certain expectations that, for the most part, weren’t being met.

Over the course of the show, however, things began to change. Instead of constant kid fare, The Clone Wars started taking itself a bit more seriously and delineating the Anakin Skywalker we had heard Obi-Wan speak so highly of in A New Hope. While I loved the prequels, many people did not, often calling out Hayden Christensen’s performance as Anakin Skywalker (which, in turn, made me want to show people the excellent Shattered Glass, but I digress). Redeeming the character of Anakin Skywalker through the animated format was something the producers of The Clone Wars didn’t have in mind, yet Matt Lanter (who was concurrently starring on Beverly Hills 90210 at the time) gave us the Anakin a lot of fans, myself included, wanted to see. Although it was strange to see Anakin with a Padawan, I feel that not only did we get to see more of Anakin’s personality, but the relationship also gave us some insight into how Anakin might have been with Luke and Leia had they grown up with their father. Ahsoka was even able to come into her own over the series’ run, her arc reaching its apex with her leaving the order and informing Anakin’s fateful choice in a way the prequels never did. 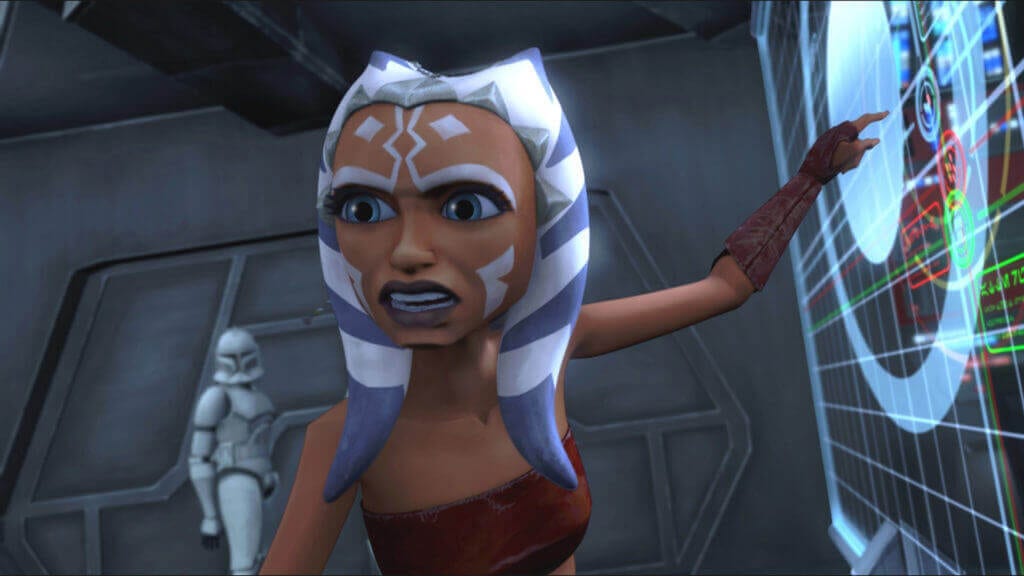 Aside from the Anakin and Ahsoka relationship, we also got to have time with Padme and Obi-Wan. Through the former, we saw more from the Separatist perspective. I have written about this previously, but it only serves to emphasize how vital the Clone Wars had become to the Star Wars canon. I am really glad Disney decided to keep it that way. With Obi-Wan, we received insight into his past thanks to his connection to satire, and most notably, we had the return of Darth Maul, thus reigniting their rivalry in a way only long-form television could.

When it was announced that The Clone Wars was being canceled, I wasn’t happy, but I took solace in the fact that the final 13 episodes were going to be on Netflix, and that Filoni and several other producers were going to create a new show, entitled Star Wars Rebels. Ken Napzok of Collider Jedi Council would often refer to the show as Dave Filoni’s “Clone Wars reclamation project,” which allowed him to wrap up some plot threads from The Clone Wars. If we couldn’t have The Clone Wars back, I suppose this would be good enough – until it didn’t need to be.

While I wasn’t there in person, hearing people’s excitement over the return of The Clone Wars gave me a sense of joy I hadn’t felt for the franchise in years. It once again drove home the point that Dave Filoni has truly become an ambassador to the Star Wars fandom. Although I would’ve liked him to be more involved in Resistance, I’m glad he’s getting a chance to wrap up his story on his own terms. With any luck, the final scene will be a final conversation between Anakin and Ahsoka before Anakin goes to rescue Palpatine in Episode III, something Ahsoka had alluded to in Rebels. The Clone Wars has served to revitalize Star Wars. Through Lucas’s protégé Dave Filoni, fans have been given a bold new look at the galaxy far, far away. While the only downside is that The Clone Wars will most likely be leaving Netflix sooner rather than later, we can take solace in the fact that the move to Disney + will facilitate a true conclusion to a much-loved piece of the Star Wars mythology.