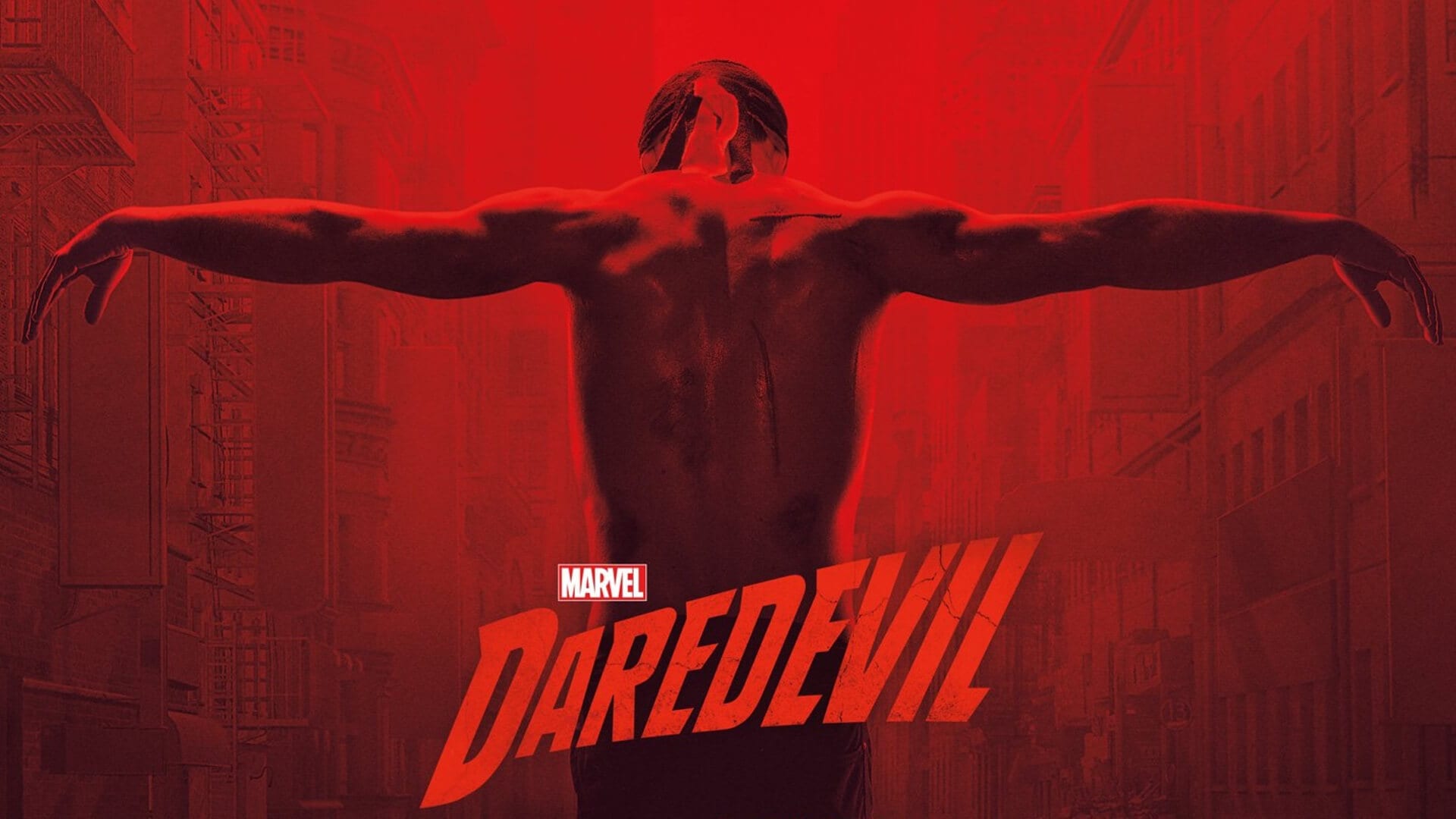 Daredevil season 3 see’s the titular hero recovering from the events of The Defenders, all the while Wilson Fisk is plotting to not only get out of prison and take over all of the crime in the city, but also to discredit Daredevil and make him public enemy #1. If there was ever any doubt, Marvel’s Daredevil is one of the greatest adaptations in the history of comic book characters, and season 3 only makes that more apparent to me.

Charlie Cox is PHENOMENAL as Matt Murdock/Daredevil, as usual. He truly sells the crisis that Matt is facing, the horror that he feels when Fisk is let out, and every single dramatic scene in the season. Cox also appears to have upped the number of action sequences that he partakes in, as there are quite a few fights that clearly feature him in frame, and all of his physicality is convincing. He’s given a lot of darkness to play with in Daredevil season 3, and I can’t honestly think of a moment where I didn’t believe him. Vincent D’Onofrio is primal and intimidating as hell as Wilson Fisk. One of the aspects of his portrayal that I’ve always admired is his ability to ride the line of intelligence and being driven by emotion. His Fisk is always ahead of Matt, Karen, and Foggy, and he always has contingency plans, and D’Onofrio (along with his excellent writing) keeps that from feeling contrived. Elden Henson does some of his best work as Foggy Nelson in Daredevil season 3, delivering a fantastic dramatic performance and also instigating some of the best laughs. 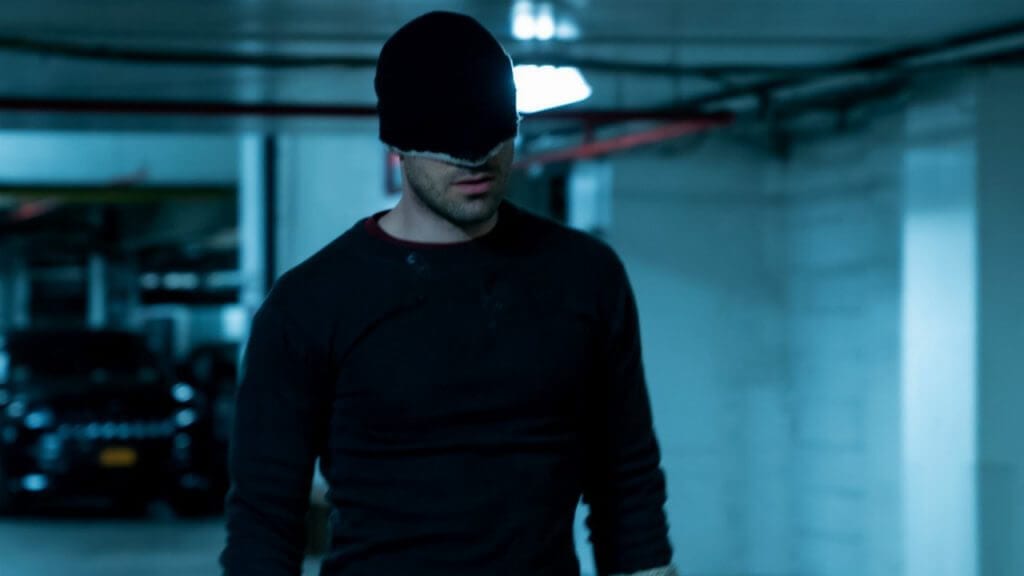 One of the best returning performers is Deborah Ann Woll as Karen Page. This is easily her best season as far as acting is concerned. She juggles the drama, being funny, and her chemistry with every actor perfectly, and she has a HUGE part to play this time around. Jay Ali as Special Agent Raul Nadeem is also great. He’s not only convincing in his ambition at the agency, but also in his love for his son. Nadeem is driven by his family, and Ali plays that out just right. One of my favorite newcomers is Joanne Whalley as Sister Maggie, portraying the nun with sass and conviction. Her relationship with Matt throughout the season is consistently well done because of the chemistry between her and Cox. She has one scene in particular that nearly moved me to tears. The one that I want to talk the most about was the person I was most concerned about: Wilson Bethel as Ben Poindexter/Bullseye. I wasn’t concerned because I think Bethel is a bad actor or anything; it’s just that the character of Bullseye is a difficult role to play. He’s an absolute psychopath, he’s violent, and that’s not easy. Bethel is incredible in this role. He consistently impressed throughout Daredevil season 3 with all his tics, the little parts of his performance that keep him feeling authentic and terrifying. Bethel also makes Poindexter’s descent into madness incredibly believable through all of this.

The plot this time around is spectacular. They’ve been building to this since season 1, this mixed and loose adaptation of Born Again (with some other storylines mixed in there). This story is all about breaking Matt Murdock and Daredevil apart, destroying both personas of our hero, finding out who Matt wants to be, what he believes, and challenging those beliefs. It’s thematically rich, about crises of faith and morals, and how they intermingle for Matt. Following after the events of The Defenders, Matt is recovering from his near-fatal experience at Midland Circle. Watching Matt recover, dealing with grief over the loss of Elektra (again), being alone, and feeling like he can’t go on as Matt Murdock is both riveting and kind of heartbreaking. Matt questioning his faith is also really powerful. As a Daredevil fan from the comics, it’s not new ground, but it’s adapted so well here. They also expertly weave the overarching spiritual journey of Daredevil into this vast criminal conspiracy plot, that also doubles as kind of a revenge story as well. It sounds like there’s a lot going on in Daredevil season 3, like that would be far too much to handle, but it’s surprisingly not. The writing keeps it all in focus to an impressive degree. 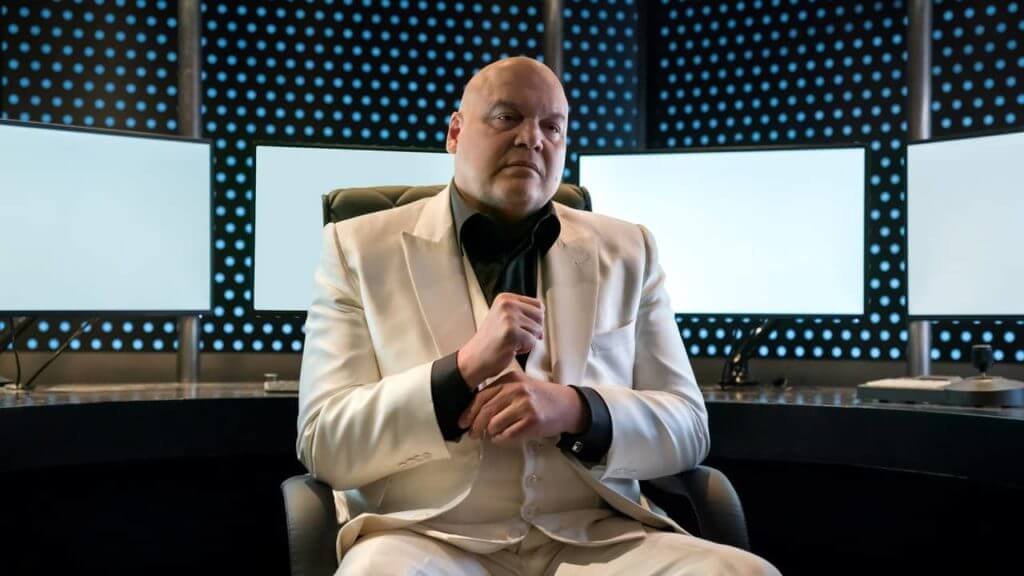 Another aspect of the show that impressed me was how they handle Poindexter and his corruption. There are moments where they almost make you feel bad for him, like he’s sympathetic, before they remind you of the terrible things he’s capable of. One of the most important storylines of the season doesn’t even have to do with Daredevil directly, and that’s Nadeem’s fall from grace. It’s heartbreaking to watch because you know its happening and he has no idea, and the way it affects his home life is both understandable and sad. All of that being said, the beginning of the season, maybe the first episode and a half, is a bit slow. It’s necessary, don’t get me wrong; it just feels a bit off in the pacing department. It really picks up when we get to Poindexter’s insanity, learning what Fisk is up to, and as more is revealed about certain characters. There are several reveals that I saw coming, particularly involving Karen and Sister Maggie, but I was impressed by how the writers and showrunners handled them.

Daredevil season 3, as per usual for this show, looks fantastic. It’s not overly flashy from a production design standpoint. It doesn’t look glossy or over-produced. The best part about this show is how tangible and realistic it’s environments are. The dank, dirty streets of Hell’s Kitchen, dusty abandoned buildings, basements, and nasty bars. They feel like real places you could visit on your next day trip to the Big Apple (just clutch your purse real close). All of the sets are really well lit, lending a gritty atmosphere to the already grimy sets. It’s also worth noting that John Paesano’s musical score is as incredible as always, adding in operatic melodies and takes on the main musical theme, which is very much in keeping with the themes of faith this season.  The cinematography can bridge on being cinematic at times; it’s quite impressive what Marvel TV/Netflix managed to accomplish from a visual standpoint, not just in the dialogue-driven scenes, but the action sequences as well. There was never a moment in this season where I couldn’t tell what was going on or felt that the scenes weren’t properly blocked out from a shot placement standpoint. 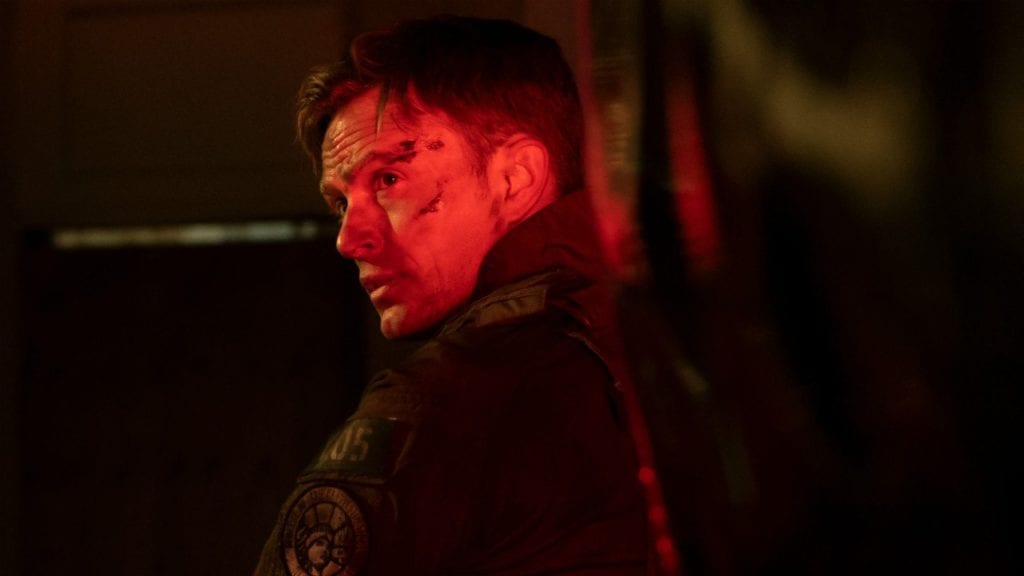 Let’s talk about the action for a second, which is still fantastic. I’d say its a bit of a step down from season 2, which has some landmark achievements in television action, but still better than most any superhero television show currently airing. There are a couple of terrific sequences, including an EPIC prison brawl, a brutal fight in a church, and a multi-faceted final battle that had my heart in my throat. All of the stunt-work and choreography is outstanding, and well performed by both the actors and stuntmen. As I mentioned earlier about Cox, it seems that they tried to insert him into the action more, or at least in a more clear manner. There are huge chunks of fights that heavily feature Cox’s face, and that impressed me, even if I could pretty easily decipher in which shots they switched Cox out by the way the camera moves. All of the action involving Poindexter is very entertaining. The items that he uses to kill people are awesome, and part of the character’s charm.

Overall, Daredevil Season 3 is yet another near-perfect outing for the Man Without Fear, tackling some fantastic themes, with meaningful character development among the strong action scenes and overarching crime drama narrative. It’s a bit slow to start, but once it picks up speed, it doesn’t let up until the final credits roll.

What did you think of Daredevil Season 3? Let me know in the comments below! Stay nerdy everyone!

Daredevil Season 3 is yet another near perfect outing for The Man Without Fear, dealing with some fantastic themes, with meaningful character development among the strong action scenes and overarching crime drama narrative.