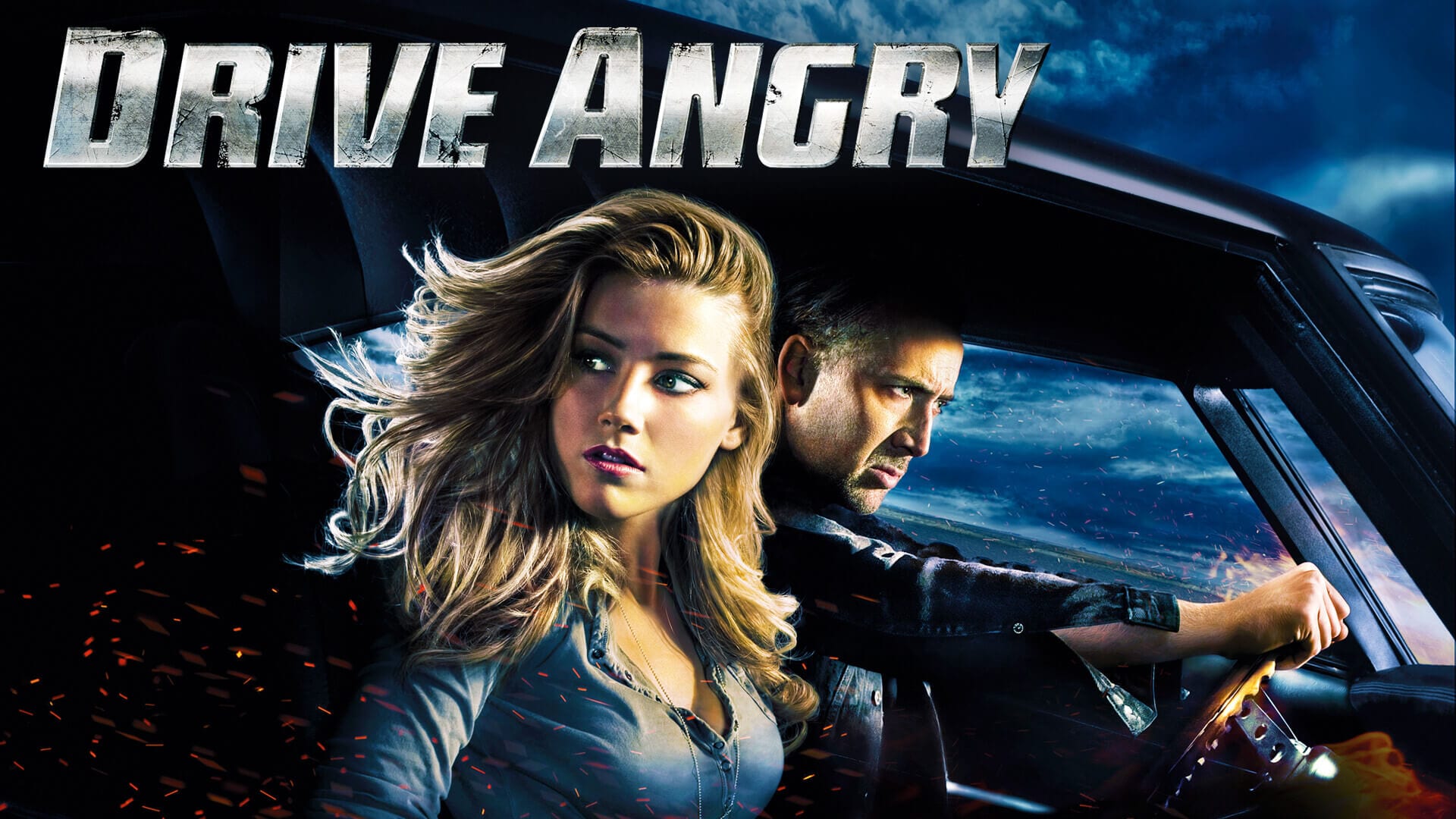 I’ve always loved cheesy movies; the kind where you turn your brain off and just enjoy the ride. Who better to go on the ride with then Nicolas Cage? Cage has always been known for taking big swings creatively whether it’s Vampire’s Kiss or the… misguided Wicker Man. Still, in recent years, Cage was able to find a way to continue giving audiences zany performances that served to bolster his zany movies. One great example of this is Drive Angry, or as it was marketed at the time, Drive Angry 3D.

A throwback to old roadhouse movies and the cheesy 3D thrills of the 70s and 80s, Drive Angry centers on Cage’s Milton, who returns from hell to rescue his granddaughter from the cult that killed his daughter and wants to sacrifice the latter under the full moon. Yup. Yet, I can’t deny it’s incredibly fun to watch as Cage ham it up through the movie, determined to save his granddaughter and complete his unfinished business. I dare say Cage borrows Steve Rogers’ “man out of time” motif, whether he looks bewildered at the sight of a flip phone or being told he had to show some ID when he is trying to order a drink.

Cage gives us insight into Milton’s world, a world full of psychopaths, dive bars, and gun battles. Milton’s interactions with various people constantly make us want to know more about him and the film’s universe. A prominent example of this is when Milton and Amber Heard’s Piper, a former waitress with whom he grabs a ride, head to a club and have a run-in with the bar owner, who, upon seeing Milton, comments that he thought he was dead. The rest of their interaction is frosty at best, so Piper asks what the guy’s problem was with Milton. He mentions how Milton used to drive a truck through the area and spent time with his sister while he was in town. Throughout Drive Angry, several characters are shocked that Milton is alive, yet his death is something that I feel is left intentionally vague throughout most of the film. Granted, their animosity probably has more to do with the sister than anything else, but there always seems to be more to these conversations under the surface. When we finally do get an answer to what exactly happened, it still ends up being vague. The filmmakers seem content to bask in the grindhouse genre and resign any more backstory to word documents on their computers.

One of these backstories no doubt has to do with the relationship between Milton and the Accountant (played with glee by William Fichtner). It appears as though they’ve been battling for a long time in hell and Milton has figured out how to, at the very least, negate him. Even pieces of dialogue in Drive Angry give us some insight into this version of hell, with mentions of Loki and the like (insert MCU joke here). It almost makes me wish there would have been a multimedia push to flesh out the movie’s world a little more. A lot of these types of films have playgrounds that just seem to get the mind turning, even if the narrative playing out on screen isn’t quite what it could have been. Just as it is in Drive Angry, movies in the grindhouse genre are often set in a heightened reality that normally expects its viewers to simply go along with everything on screen. Still, I can’t help but feel as though some speculation is warranted when it comes to a genre piece with this kind of potential.

While Drive Angry does feel a little undercooked, it still has a lot of potential to explore its universe. Heck, I would have even settled for a bit more about Milton’s adventures in hell.  Milton seems to be an expert on a bunch of things hell-related, something about which, judging by the Accountant’s expression, he had no idea. Part of the reason I find this so interesting is because of the parallels Drive Angry has with The Terminator, a film and franchise that has become known for its complex and often convoluted mythology. Piper is essentially a grindhouse version of Sara Connor, someone who doesn’t care what anybody thinks and ultimately always tries to do the right thing, something Milton notices (along with her muscle car). In many ways Milton is almost a pseudo-Kyle Reese; he has all the information and is slowly siphoning off things to Piper as needed, thus allowing the latter to serve as an audience surrogate. Ultimately, Milton only gives her what she needs to understand what’s going on, in the same way the audience doesn’t necessarily need to know everything, yet it doesn’t make it any less intriguing. 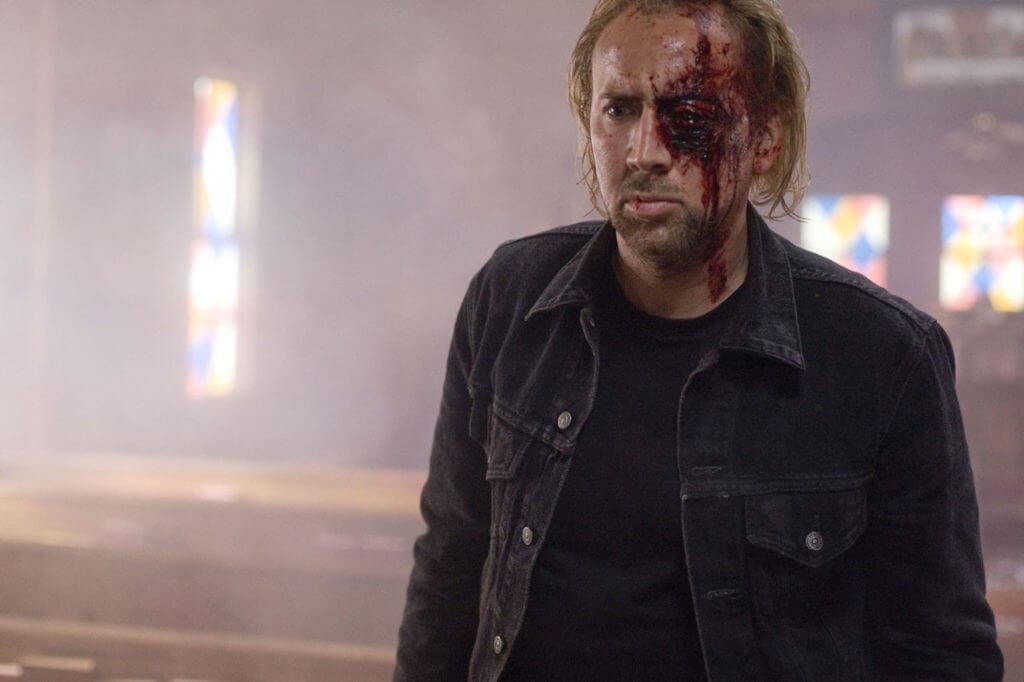 In the end, Milton wants to get to know Piper, in part because he’s going to need someone to look after his granddaughter. Milton knew he was going to go back to hell with the Accountant , so he needed to make sure his granddaughter would be safe and provided for. Of course, the last scene of the movie implies a sequel, with Milton telling the Accountant he’s going to get out again. Don’t get me wrong; I’d see another one. I just don’t know how they would execute one. I never got the sense that Milton’s granddaughter was really anything more than a glorified MacGuffin, once again speaking to the undercooked but undeniably enjoyable nature of this movie. Despite this grindhouse sensibility, Cage does his best with the character, though it ultimately doesn’t enable the film to rise above those roots.

I would argue it doesn’t need to. Movies like Drive Angry don’t exist to teach us; they simply exist to give us a fun time at the theater or a good way to kill a couple of hours at home. Through cheesy yet earnest performances, a fantasy bend, and a nostalgic mentality, Drive Angry strives to remind us that it’s not all about winning awards. Going to the movies can just be about having fun and spending time with kooky characters.