Bros Bombed and It’s Your Fault 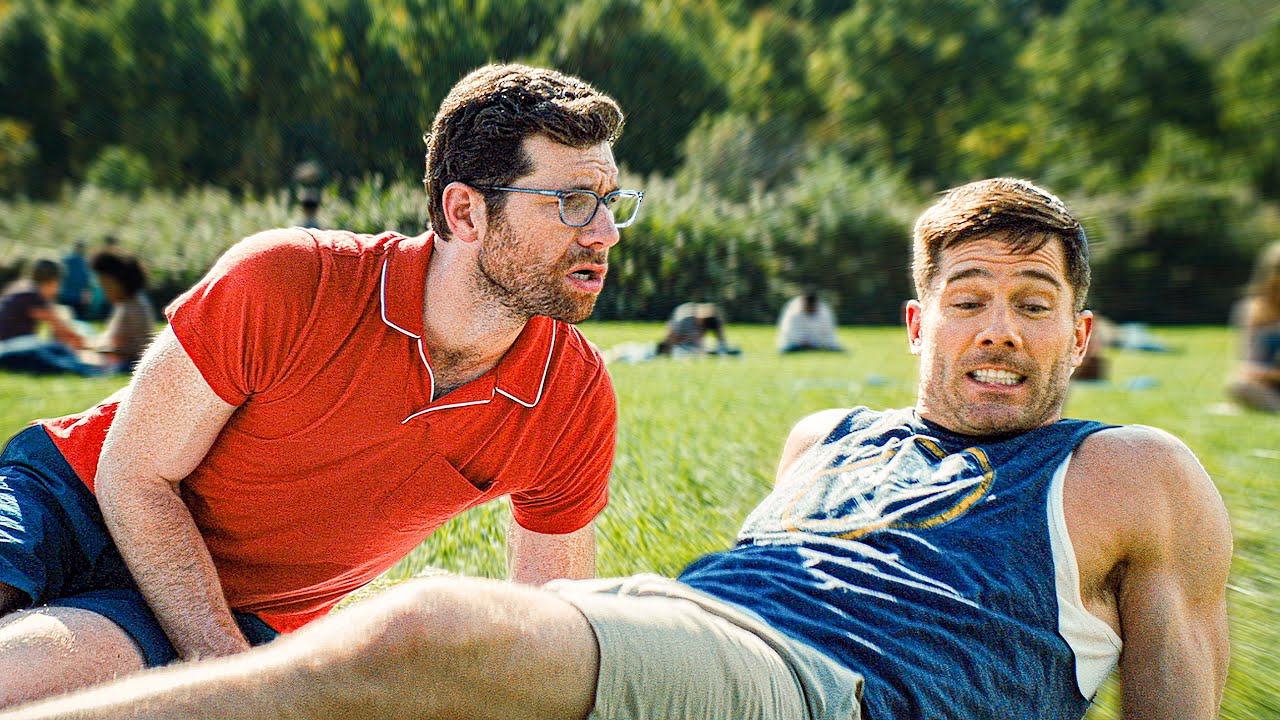 If you didn’t see Bros this weekend, you’ve got hate in your heart. So says Billy Eichner, the star and co-writer of the film, the latest in the Judd Apatow stable of comedy cinema. Directed and co-written by Nicholas Stoller, who also helmed Apatow-produced Forgetting Sarah Marshall and Get Him to the Greek (both of which are great), Bros is a romantic comedy about two gay men who fall in love amidst a bunch of political activism, if the marketing is any indication. The trailer has been playing before every movie I’ve seen lately, including screenings of older films, so at least in the New York City market, it’s been heavily advertised. Heading into its opening, it had a wide release of 3,300 screens nationwide and boasted a Rotten Tomatoes score of 96%, which has now slid to 90% (as if there was any doubt; I’m surprised it’s that low).

But none of that helped its opening weekend take, which fell well under Universal’s $10 million expectations with $4.8 million. Any honest list of reasons why Bros bombed would have to include the in-your-face politics of the trailers, which not only touted Eichner’s character as an activist – and not in the way, say, Jen Walters is an activist by being a mouthpiece for her feminist writers; the character is literally a political activist – but indicated that the movie was not for heterosexuals, with the characters lamenting how straights ruined homosexuality by being tolerant of it (damned if you do…). Also not helping, I’m sure, was the advanced word of things like foursomes and “Grindr” culture, which were mentioned in reviews as mainstream as The Chicago Sun-Times, Roger Ebert’s old paper. Many reviews also touted it as “a movie by and for gay audiences,” which probably turned off 97% of the population (well, 96% if you factor in people who want to see it to say they saw it).

And then, there’s Billy Eichner, who made a complete ass of himself on Twitter, declaring Bros a finger in the eye of “homophobes.” This doesn’t make it sound like much fun; it sounds like a litmus test for your tolerance and diversity bonafides, and people are sick and tired of movies like that. Anyone who knows Eichner from his stint on Parks and Recreation or those videos where he and celebrity guests run up to and annoy people on the street probably already finds him off-putting, unless they’re into shouting weirdos with grating voices. Having him stick it to his “haters” on social media likely didn’t do much to endear him to them. But Eichner’s antics, combined with the marketing, made this feel like a movie most people wouldn’t enjoy, so most people didn’t go. But in the wake of its failure, Eichner took to Twitter to denounce the real culprit: homophobes!

Rolling Stone already has BROS on the list of the best comedies of the 21st century. What’s also true is that at one point a theater chain called Universal and said they were pulling the trailer because of the gay content. (Uni convinced them not to). America, fuck yeah, etc etc.

That’s just the world we live in, unfortunately. Even with glowing reviews, great Rotten Tomatoes scores, an A CinemaScore etc, straight people, especially in certain parts of the country, just didn’t show up for Bros. And that’s disappointing but it is what it is.

Dear God, you can hear those tweets in his obnoxious voice, can’t you? As always these days, you’re the problem, but also, please see his movie. I know the argument will be that he’s differentiating between acceptable heterosexual people and “homophobes,” but if you’re saying that your film bombed because homophobes wouldn’t see it, that means only homophobes haven’t seen it – at least, on the straight side. As John Nolte pointed out, the numbers indicate that gay people didn’t see it either, at least not in force. Are the ones who stayed home self-hating or something? Or is it possible that homosexuals aren’t a monolith of walking, talking stereotypes, and most of them had no interest in your screed disguised as a narrative? (There’s also that shot in the trailer of little kids dancing and singing about being “bottoms;” I doubt gay people who fought for quite a while to dispel the idea that “homosexuality” is synonymous with “pedophilia” appreciate this sort of thing.)

In another piece, Nolte also runs down the list of gay-themed movies that have been very successful over the years; what explains these hits if we’re all just “homophobes”? Could it be that those were good movies with genuine laughs and human drama that told entertaining and relatable stories? The Birdcage, for example, featured gay characters and culture, but everyone could relate to the idea of two families about to be joined by their engaged kids who were philosophically opposed to each other, or a father’s determination to make his son happy, even if it meant sacrificing his principles. (That it’s a hilarious movie with fantastic performances probably helped too.) Philadelphia tackled discrimination itself, with a gay man dying of AIDS as the vessel for a much larger issue. Bohemian Rhapsody was much more about the corrupting nature of fame than to whom Freddie Mercury was attracted. Milk took a historical figure (albeit a relatively modern one) and painted him as a troubled, deeply flawed man who did some truly horrible things instead of a saintly paragon of his interest group. (I know everyone was rooting for Mickey Rourke that year, but Sean Penn deserved his Oscar.) These movies didn’t shy away from being about gay people, but they also didn’t try to make anyone else feel unwelcome or like they were in for a lecture on their privilege or some such.

But we live in the woke age, where the customer is always wrong, so Billy Eichner has no problem shifting the blame to, what, 99.9% of the country? What’s he got to lose? His movie bombed and will never recover, so he can risk alienating the audience that never showed up in the first place. And he’s got immunity from having his Hollywood peers or those in the mainstream entertainment media suggest any of it could be his or the film’s fault, so there’ll be no professional repercussions for him. It’s you, the small-town, Middle-American “homophobe” who didn’t want diversity lectures and a foursome with your alleged comedy – just like the left-wing elites who are pointing their fingers at you right alongside Eichner’s, but also didn’t see the movie.