Wake up your dragon and grab your jelly tarts, because The Dragon Prince is here to stay! 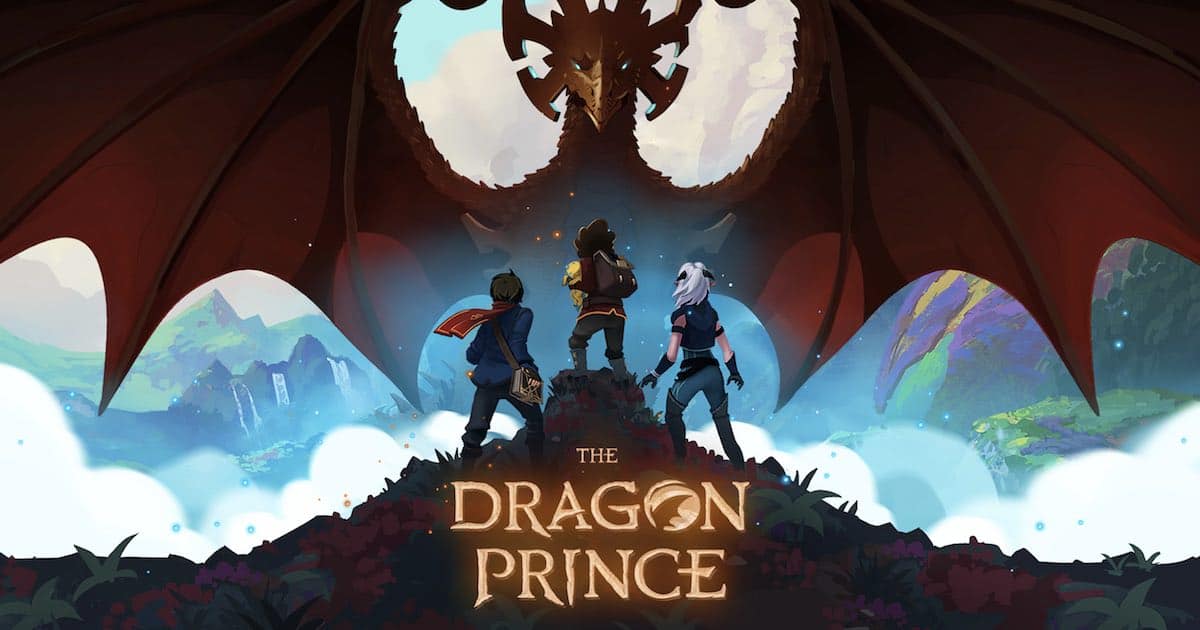 Today it was revealed through The Dragon Prince‘s Comic-Con @ Home panel that the show will continue. Fans have been left in suspense since last November when Book 3: Sun was released on Netflix. This show has previously been renewed quickly after each season, but not this time. Around the release of the third season, there was turmoil at Wonderstorm amid complaints against the show’s co-creator, Aaron Ehasz. This left the show’s viewership wondering if it would end as a result, until today. Four more seasons have been ordered, making the seven total seasons the creators initially planned.

I’m beyond thrilled with this news. The radio silence regarding the show’s renewal was concerning me as the months went by, especially with Netflix’s propensity towards canceling seemingly popular shows after 2-3 seasons. The allegations against Ehasz would provide a good enough reason for a big corporation like Netflix to want to distance itself from him. In addition, I can’t imagine this series is cheap or fast to produce, making it a ripe candidate for cancellation. As for Ehasz, I’d like to think he’s innocent, or at least that the story is more complicated than what we’ve heard. He was one of the lead writers on my favorite TV show of all time, and he created this one, which has quickly become a favorite as well. However, to be honest, I don’t know what to believe at this point. We’ve been offered two vague, mutually exclusive accounts of what happened, and without more information or some evidence, frankly, we don’t know which is closer to the truth. So, personally, I don’t really see any point in boycotting the show or anything. And I’m so happy they’re going to be able to complete the story as planned. So often lately, the things we love and people we admire have been tainted by accusations both true and otherwise. As for myself, I’m not going to let this ruin a great show that very much represents the opposite of that which the co-creator is accused.

Are you excited to travel back into Xadia, or will you be busy stockpiling canned foods for the apocalypse? Let us know in the comments!

I actually really liked this show. Got a good number of friends to watch it too. xD

In my personal opinion this show (while not as good) is Avatar: The Last Airbender’s true successor